You may remember in December of last year that Apple let it be known that future versions of Final Cut Pro X would not support “legacy media” that was incompatible upcoming versions of Mac OSX Mojave. There was much ado about this and we chatted with Apple when this announcement was made. That announcement promised a new version of FCPX in 2019 and today we get just that with 10.4.6.

Let’s take a quick look at how this will work.

Above you can see we have some media. The MXF files are various flavors of Avid DNxHD including DNx36 and DNx175. The 2 sets of parents clip is DV and that is expected to be supported. The bottom two are Cineform exported right out of Adobe Media Encoder and that is already a no go for some reason. 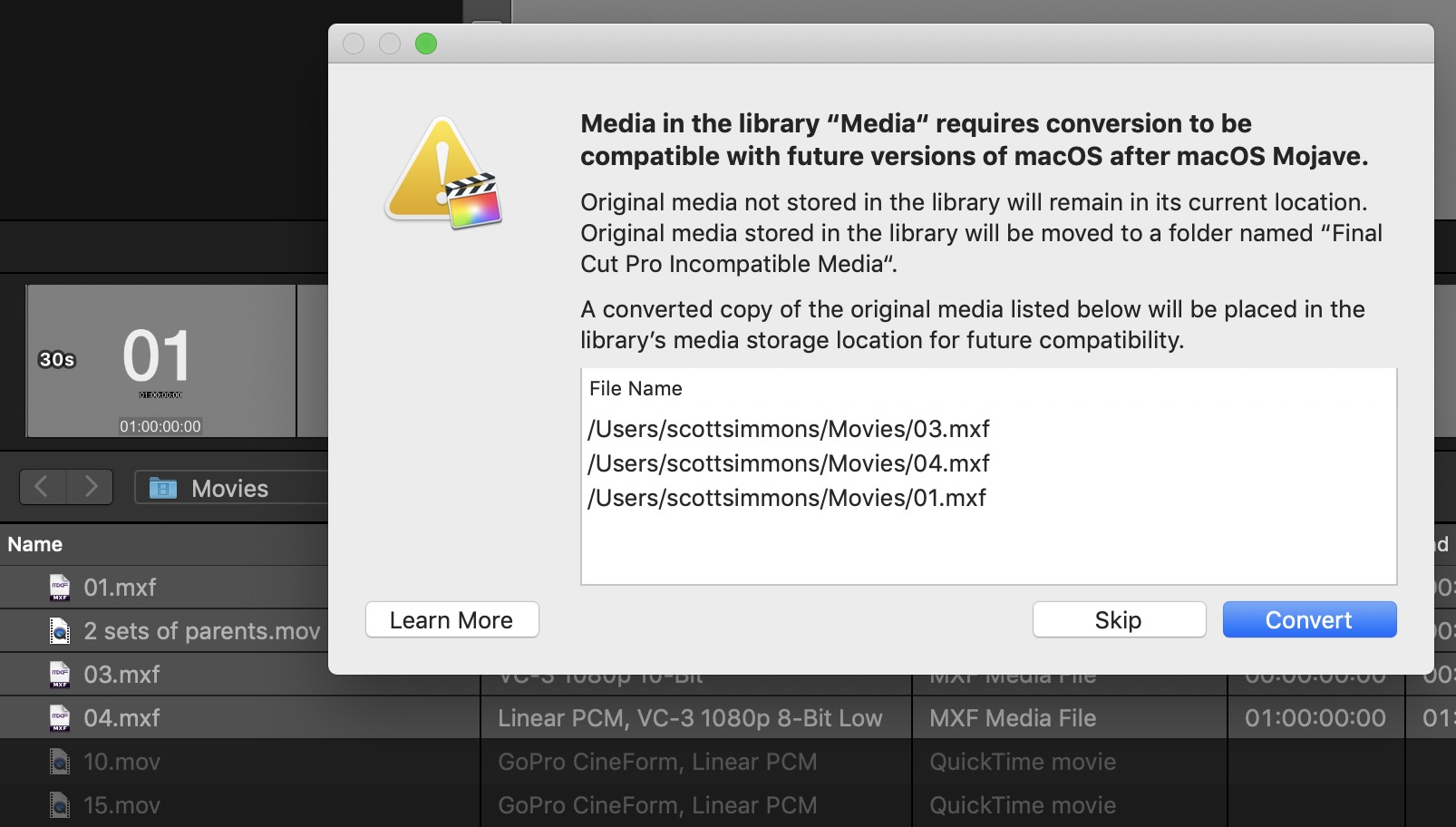 It’s nice to get a specific clip named list of that incompatible media on import and you have an option to Skip or Convert.

If you choose to convert then FCPX will go to work transcoding the clips in the background and placing them wherever your Library storage location is set. 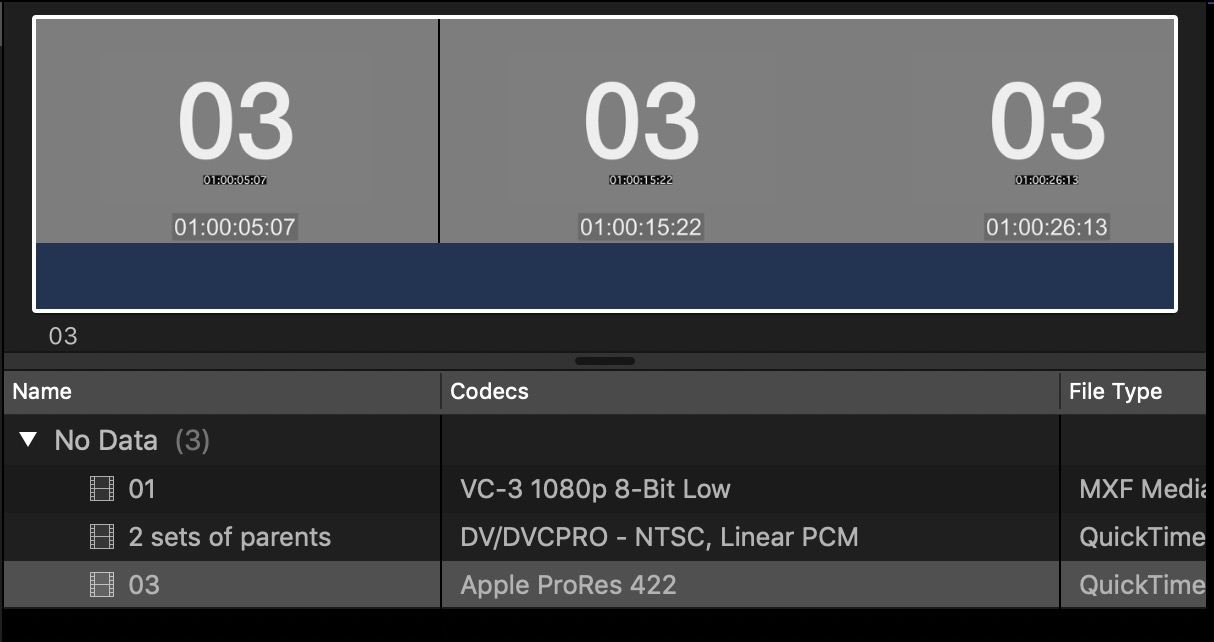 That’s a nice, tidy ProRes conversion for my 03 clip.

And what happens if you chose to Skip instead of convert? 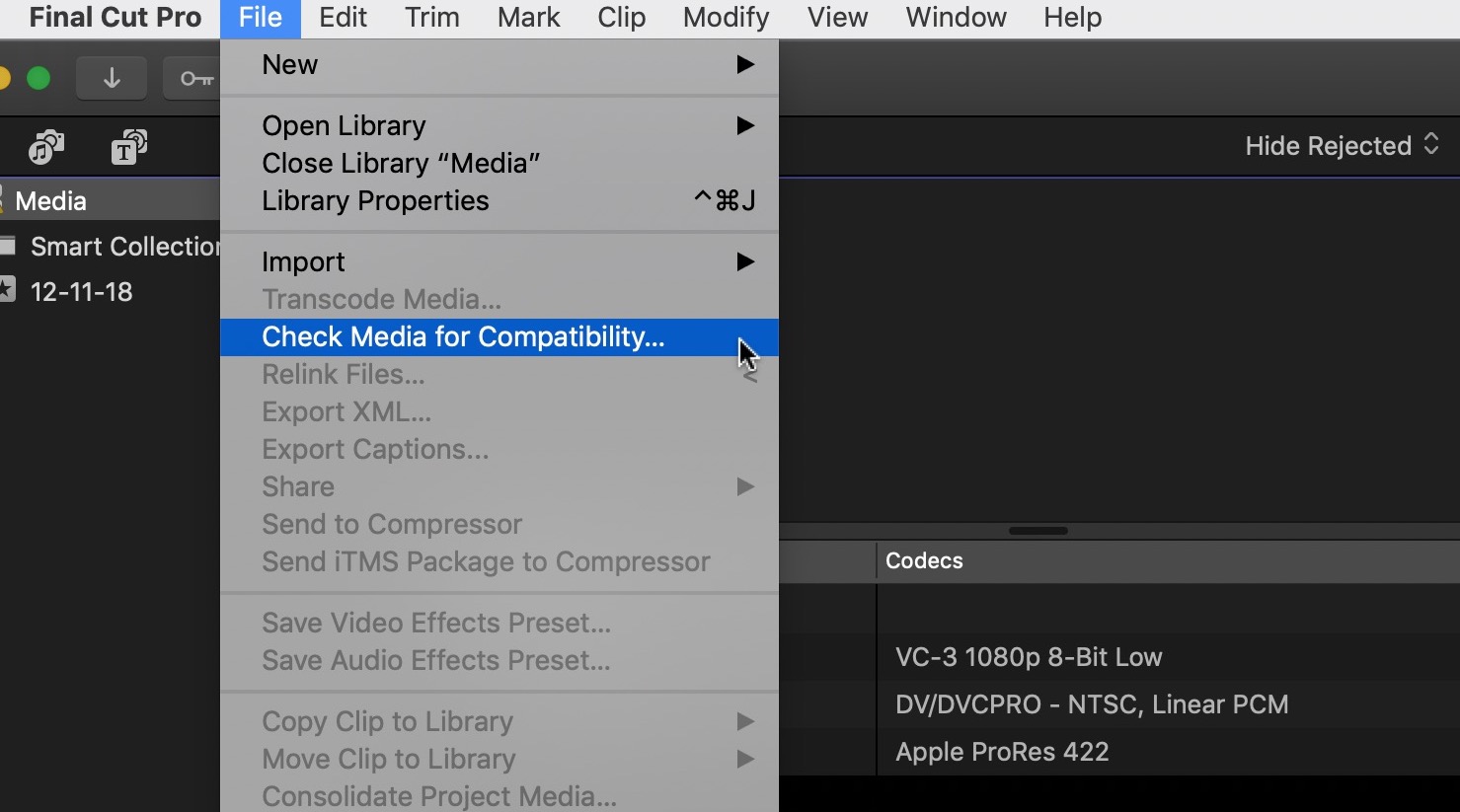 Hit the File menu for a new Check Media for Compatibility… option that presents you with the same Skip and Convert options you get upon import. In my quick testing, it seems to work quite seamlessly.

Along with today’s release we get an updated white paper About incompatible media in Final Cut Pro X. There’s also a document on this about iMovie.

Reading over that list of future incompatible media it seems the one that might be most affected is all the Avid codecs. This comment was made on a Facebook group the other day and I have to agree:

I get the legacy 32bit QT problem. But It would be extraordinary if Avid media, which is SMPTE, and used for acquisition and intermediate work, will only play on a Mac from within Media Composer.

I have to say I agree with that. It would seem such a standard would have internal playback/decode capability inside of every major NLE. Premiere Pro and Resolve can playback DNx media just fine. Perhaps FCPX will be able to do the same in the future. Perhaps Apple’s recent decision to allow ProRes encoding from Adobe products on Windows means Apple is going to make a strong push to get even more of the broadcast market using ProRes. Perhaps we’ll see a DaVinci Resolve update at NAB 2019 that allows for ProRes encode on Windows.

Speaking of NAB in just a few weeks… does today’s FCPX update mean we won’t get an FCPX update at NAB? Perhaps. Or maybe there is something bigger in store. Perhaps not.

Here’s a full list of all the Apple updates today. Check your App Store for the updates.