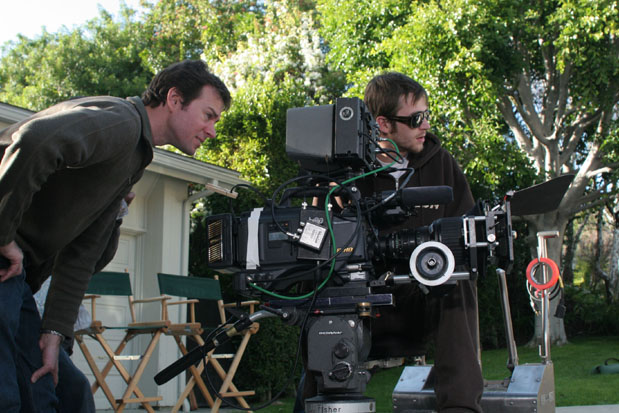 SECAUCUS, NJ (January 7, 2009) – Los Angeles-based filmmaker Sam Wasserman chose Panasonic’s AJ-HPX3000 native 1080p one-piece P2 HD camcorder to shoot his first feature, The Journal, a semi-autobiographical short that recounts the story of a young man seeking the courage to read the diary of his long-deceased mother. Director of Photography Graham Futerfas shot the project, which has been widely submitted on the festival circuit.

Futerfas has shot several features, including The Beat (Sundance premiere), Blues, Zerophilia and The List. A project he shot for Toby Mac’s “Boomin'” recently won a Dove Award in Nashville for Best Short Form Music Video. He has also lately shot music videos for the bands Godsmack and Malbec.

“When Sam approached me to shoot The Journal, he expressed how important the cinematography was to him,” Futerfas said. “He really wanted the look and feel of 35mm, but his budget couldn’t support shooting on film.” 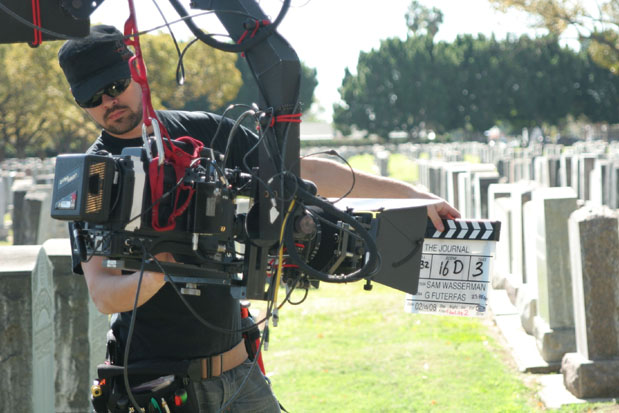 “We considered many cameras, including Sony’s F900R, the Red One, and Panasonic’s HPX2000 and HDX900 in addition to the HPX3000,” the DP added. “The HPX3000’s 10-bit AVC-Intra codec and the full-raster 1920×1080 capture were the big draws, along with the affordability of the camera and the P2 workflow. We saved a lot of money using the camera, and got maximum quality. Moreover, Panasonic’s reputation for exceptional product reliability satisfied Sam’s concerns about down-time on a five-day shoot.”

The production rented the HPX3000 from Birns and Sawyer (Hollywood, CA). The Journal was shot last February in Venice, CA: the three locations encompassed a 20′ by 20′ therapist’s office, a home and a cemetery. 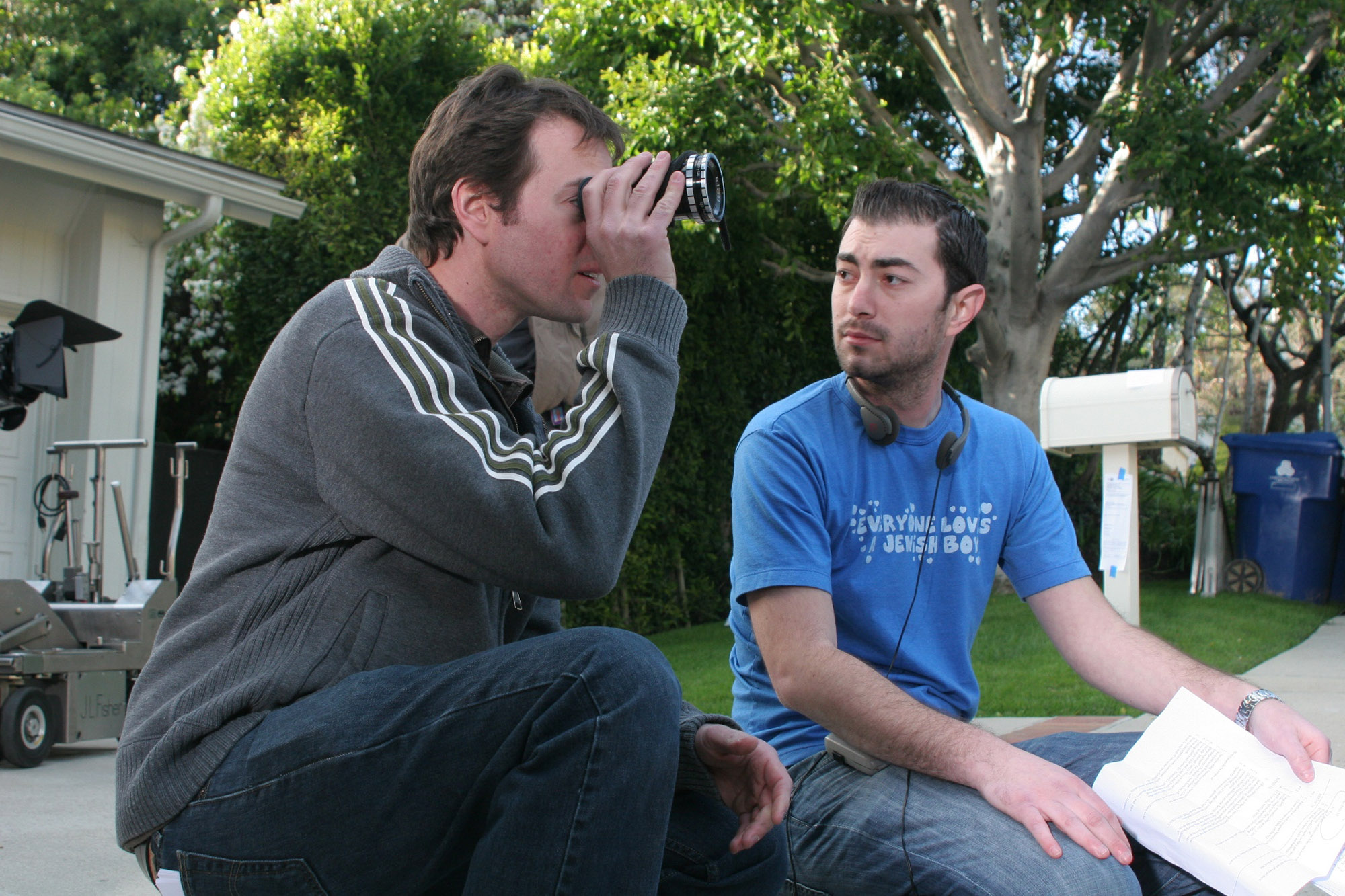 “AVC-Intra 100 is an awesome codec,” said Futerfas. “We tested the post workflow carefully before shooting, and involved the editor ahead of time. Our data manager discussed how our editor, Mike Darrow, would like things set up, and at the end of the shoot, all the footage was organized for him to sit down and start working immediately.” 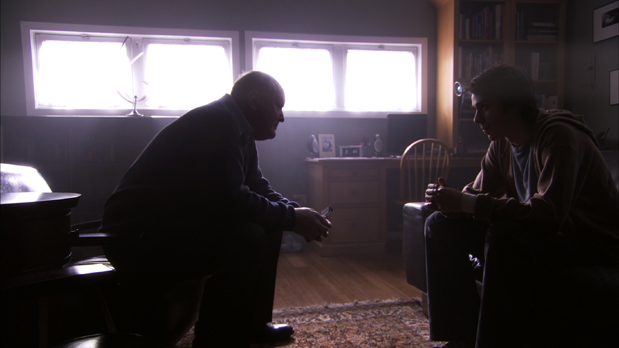 “I’d been extremely concerned about an ‘HD look’ prior to shooting, but the HPX3000 impressed me with its clarity of image and filmic rendition of colors, even in the raw footage,” said writer/director Wasserman. “We were able to work a lot faster with P2; the camera department was always ready, which is so crucial when the actors are ready to perform. Also, we were able to watch full-quality footage right after shooting, which was great for continuity.”

The production’s camera package included a Canon 21×7.5 Cine Style zoom lens and Canon 11×4.7 ENG lens for Steadicam, wide angle, and lightweight needs. He also had Panasonic’s BT-LH1700W 17″ HD monitor on location and Panasonic’s BT-LH900A 8.4″ HD monitor on-board the camera, as well as a Leader 5750 waveform/vectorscope. Futerfas used a Tiffen SoftFX 1 filter, along with occasional Pola and ND filters to manage a wide stop for shallower depth of field. 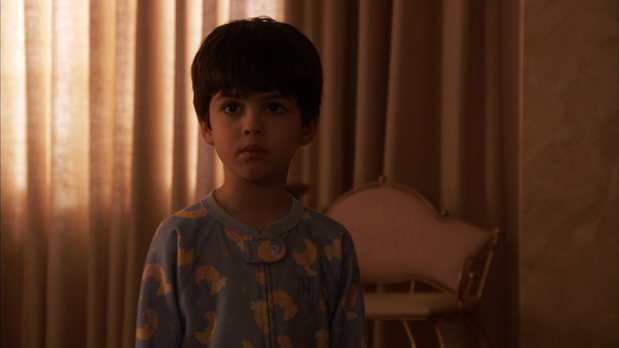 “The HPX3000’s light handling characteristics were very good, and our color timer was very impressed with the camera’s dynamic range,” Futerfas said. “I love the highlight falloff when you dial the camera in
properly. The most impressive part is the ultra-low amount of noise in the shadows – it’s one of the cleanest looking images I’ve seen from an HD camera.”

“We used the camera’s film-like 3 gamma with a knee point at 83% and a slope in the high 80s,” Futerfas noted. “When I used the HPX3000 on a subsequent shoot, I switched to Film Rec with 300% dynamic level, as I find this makes the camera a little faster. I rated the camera around 200 to 250 ASA with those settings, but with different gammas and knee settings you can get it to 500 or 640 ASA. Master Ped setting was somewhere in the +6 range, with Detail turned down or off. All the color-timing aspects I like to handle in post, where I have better control and perspective. On set, I like to treat the material like a film negative, capturing as much detail as I can. Of course, I aim to err on the side of underexposure and don’t clip things I want detail from later.”

“I must say that the HPX3000 has a lot of features that make it so much more functional than HD cameras were a few years ago,” he continued. “The HD-SDI and downconverted outputs are built-in, and it has a menu structure that makes a lot of sense. The little color-monitor on the side with picture and menu is very convenient. There are plenty of user buttons, thumbnail proxy support and good ergonomics. 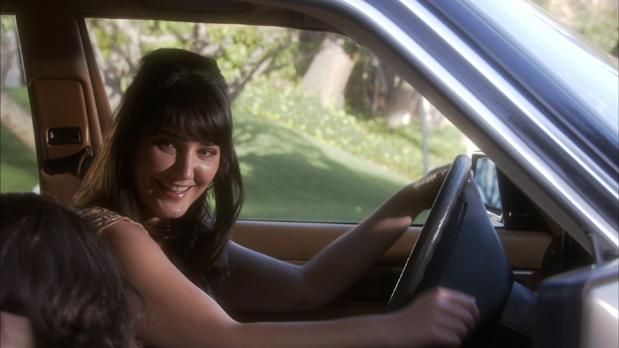 “Another great thing about P2 is the ability to review takes immediately in HD, especially when shooting with Steadicam where you’re using a wireless video assist that has lots of drop-outs and static.”

“We loaded the camera with 32GB P2 cards, swapping as frequently as possible, usually every camera setup,” Futerfas said. “This kept the media manager continually importing and transferring material throughout the day. We used a Duel-Systems adapter with a MacBook Pro, and drag-and-dropped the ‘Contents’ and ‘LastClip.txt’ from each P2 card onto two separate 1GB hard drives (for backup), then used Log and Transfer in Final Cut Pro to make ProRes HQ files.”

These ProRes HQ files were edited in Final Cut Pro, then when finished output to D5 HD via HD-SDI card, color-corrected on a DaVinci 2K in HD and mastered to another D5 HD deck, with sound then laid back.

“The HPX3000 is great for features, commercials, music videos, corporate/industrial and broadcast, and it’s less expensive to use than competitive cameras,” said DP Futerfas. “You have to commit to a data-based workflow and be comfortable with that. I have clients who need some convincing, but I’m working to convert them.”

“As with any HD camera, you have to know how to tune and play the instrument to get beautiful music out of it, and that takes practice, training and experience,” he added.

For more information about The Journal, visit www.thejournalfilm.com.