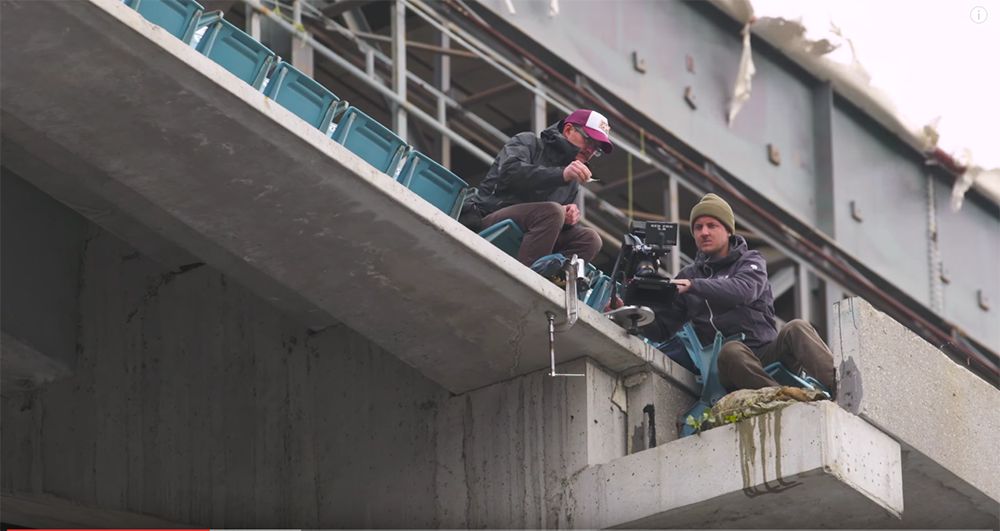 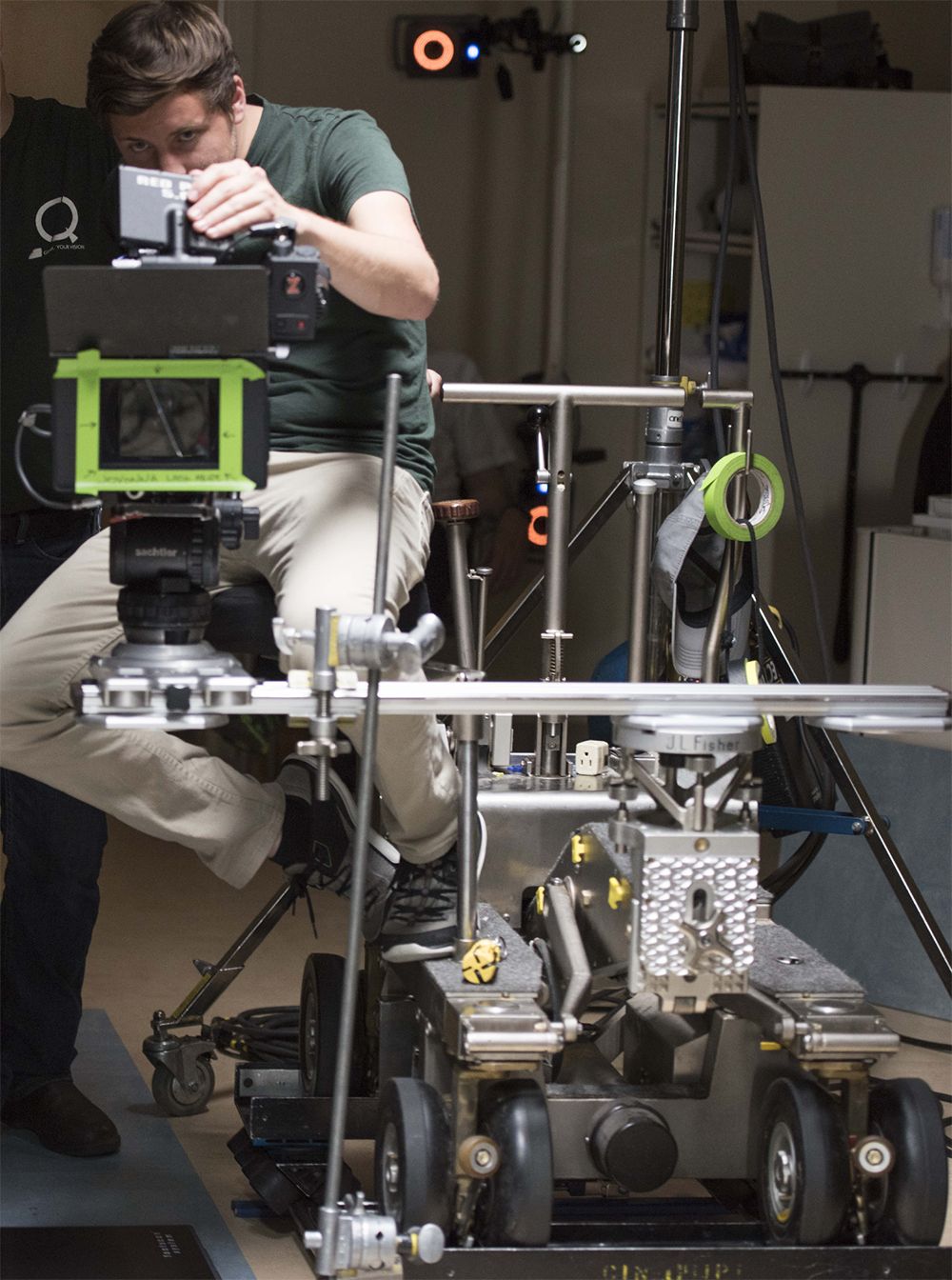 Alex Horner is a director/DP based out of Minneapolis. He’s most drawn to authentic stories that connect with the audience, and has seven years of experience in commercials and branded content under his belt. Alex seeks to find untold stories in the least expected places, and aims to uniquely represent each project that comes his way. On location, he welcomes the challenge of unfamiliar places, different ideas, and variable scenarios.

Such was the case with Red Bull at the abandoned Silverdome in Pontiac, Michigan, last spring. Featuring 19-year-old BMX sensation Tyler Fernengel, Alex’s work resulted in a video that has received close to 5 million views on YouTube to date. We caught up with Alex and asked him about the shoot, including the challenges he faced and the gear he used. Here’s what he told us:

I’ve shot a variety of projects with Red Bull over the years. This time, Ryan Taylor and I were approached to co-direct a video that would bring life back into the abandoned Silverdome with BMX. And, we had the creative freedom to tell the story the way we wanted. 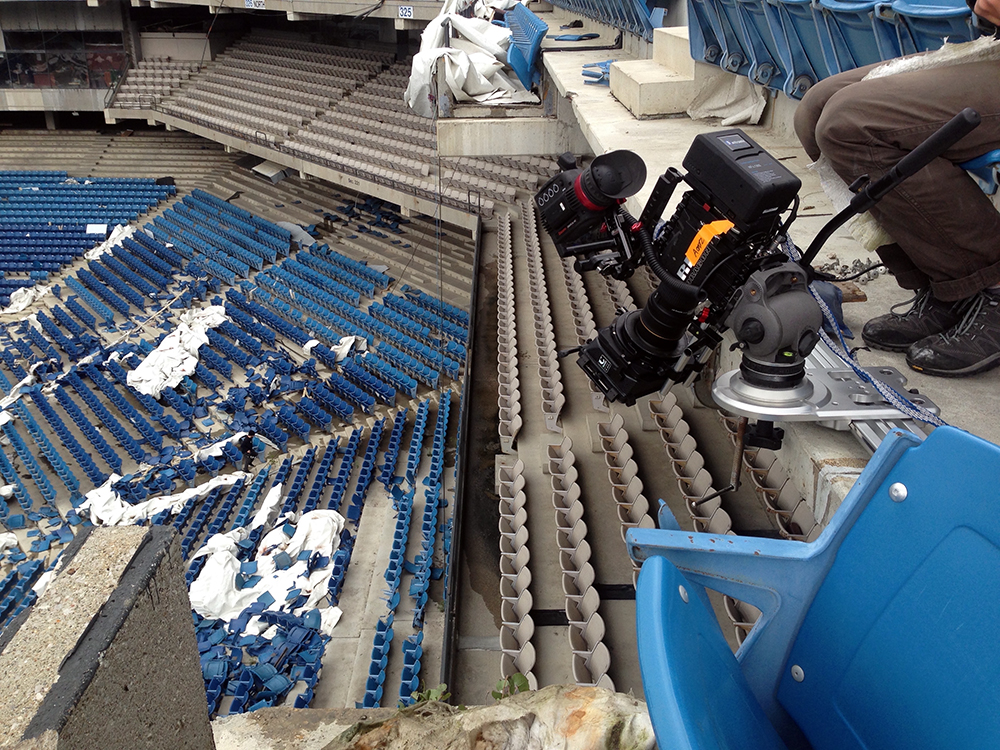 Action sports can be challenging to shoot because nothing is guaranteed. The rider may be having an off week, or they could get injured during filming. There’s only so much that we can control and plan for – including the weather. We had four days to shoot the Silverdome spot, and we had to be careful about how we did it. Most of the setups were physically taxing for Tyler, and we could only film two or three of them in a day. It wasn’t worth pushing him to land a trick on the first day if it meant he’d sustain an injury for the rest of the shoot. He was having troubles with his ankle to begin with, but he powered through it. To top it all off, the temperature was in the low 40s that week, which made a lot of things easier said than done.

Say you’re an athlete, and you’re supposed to perform a trick on command. If it’s particularly risky or dangerous, you’re probably going to feel the most confident at the first sign of an adrenaline rush. Our shoot relied on harnessing these moments with Tyler to make sure we were getting the best shots. He was patient when we needed more time to set up, even if his mind was telling him to go. A lot of the setups were elaborate and technical. There was no room for error – which can be stressful for an athlete, especially when the camera is rolling. But with Tyler, we were able to pull off a series of incredible shots. He’s the most professional athlete I’ve worked with.

Since the Silverdome doesn’t have elevators, we needed to be as light and nimble as possible. Our small crew consisted of the build team (ramps), producer, assistant camera, sound, gaffer, grip, drone operator, Ryan, and myself. We had a golf cart on hand to shuffle gear to different sections of the stadium. 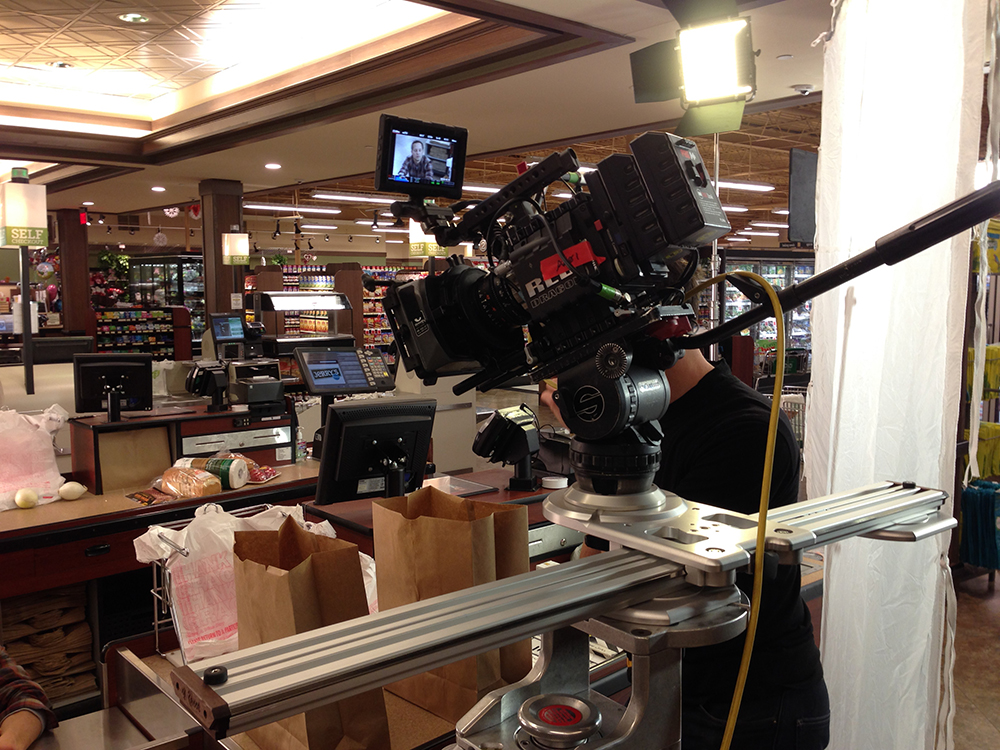 The RED Epic and Scarlet Dragon with Nikon primes and zooms fit the bill for this shoot. And, since YouTube supports 4k resolution, we had reason to finish in 4k. The Scarlet was our dedicated Movi M15 cam, which spared us from having to accommodate 30- to 45-minutes to switch cameras. The Trost slider was also a must-have. With that, we pulled off shots that would have otherwise involved a jib arm or a dolly.

We squeaked by with two lights running off honda putt putts: the Arri 1.2 HMI, Joker 800 with octabox, and 1×1 LEDs. We were able to use natural lighting for most of our shots, except for the stairwell section, which was completely dark. We had a Sprinter van onsite for various grip needs, too. 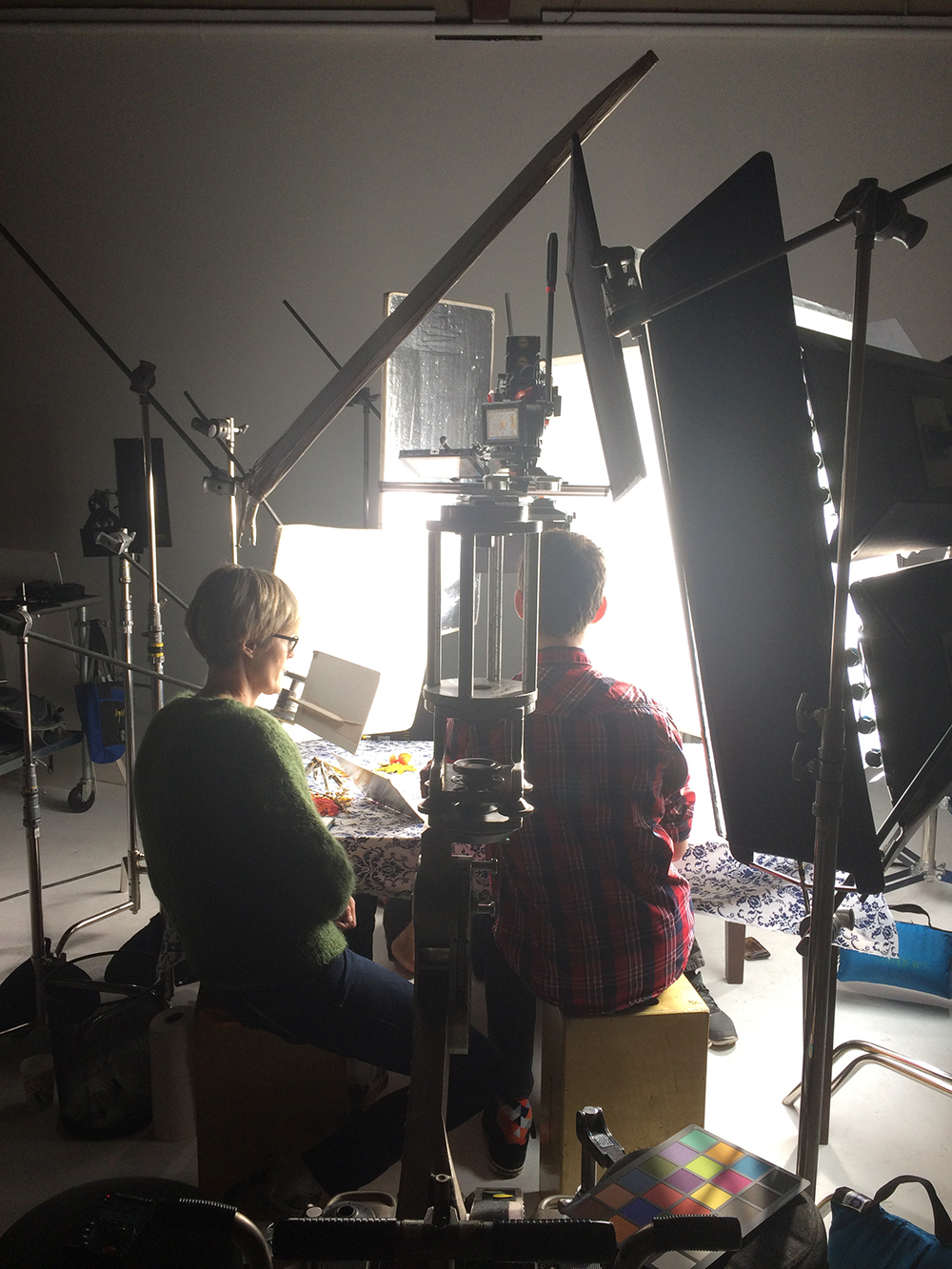 I bring the Trost Motion slider to just about every shoot. 75% of the time, it’s on a dolly with the Mitchell plate – usually a Super PeeWee III or a Fisher 10/11. I use it for slider moves, but also to reposition the camera quickly and easily. Instead of moving the dolly, I can slide the camera left or right with a simple adjustment. It’s especially handy if I’m shooting on a tabletop, when the camera needs to move half an inch to the left or the right. Something like that can be tricky to execute on the dolly, but not with this slider. I also use it as an offset arm to shoot overheads, and through car windows – all while still being able to reposition the camera. It’s all the more useful because it has a variety of uses other than a slider. Whenever I bring it to a job, the grips are intrigued by it, especially when I tell them it’s made in Minneapolis.

My RED Epic Dragon weighs around 20-25 pounds once I have it built, but the slider handles it with ease and allows for smooth adjustments with zero play in the sled. While the Trost Motion can be on the heavier side for travel, I strap it to my F-Stop bag when hiking in remote locations. With a set of carbon Manfrotto sticks, head, a 100mm half ball, and a monopod for support, I can use it anywhere. It sets up in five minutes.

Without sugar coating it, the Silverdome shoot was a grueling four days in tough conditions. But when you have the right gear and it all works perfectly – cameras, sliders, lighting, and a solid crew – you end up with an awesome story to share. It’s all worth it.

Check out more work at hornerpictures.com 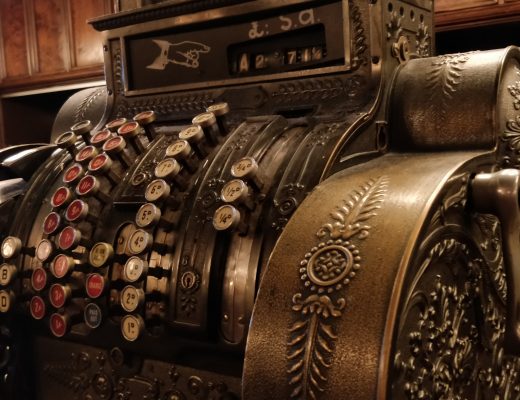