Feelreal wants you to smell your movies and games. The company is going back to Kickstarter, three years after it first tried it, with a mask that will add the sense of smell to your VR experiences. Will it succeed? 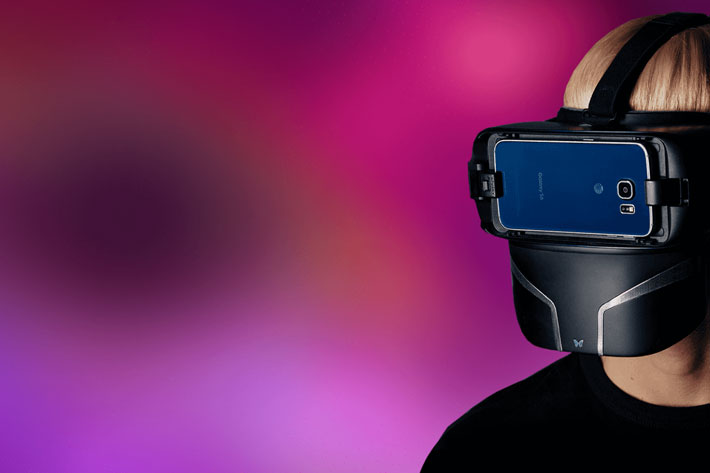 Virtual Reality immerses you both through sound and vision, and, to a certain extent, touch, but the sense of smell is still missing. Yet, it may soon be another option, when entering virtual worlds.

Virtual Reality promises to make us discover this world and other worlds in unique ways. Now a company wants to take the experience of Virtual Reality to a whole new level, promising to add the sense of smell to the immersion of VR. Feelreal simulates hundreds of smells to immerse you into virtual worlds, and to experience it you’ll just have to add the Feelreal Sensory Mask to your VR headset. 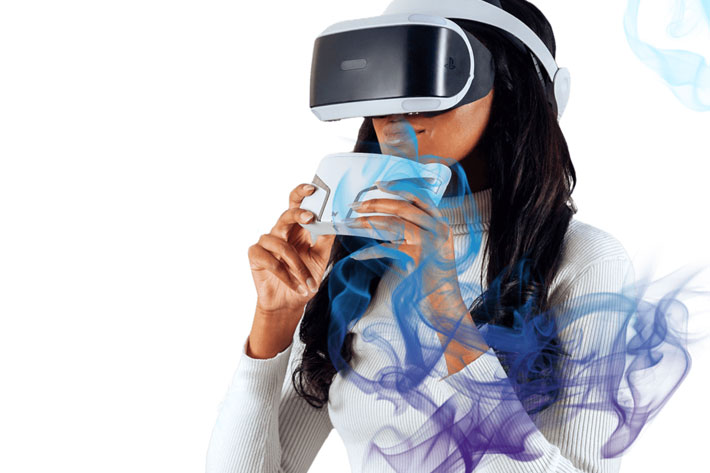 The company says that it has “chosen distinct scents​ that accurately simulate the atmosphere​ of games and movies. Feelreal aromas are safe to inhale and are similar to those used in the food industry.” The idea was first presented as a prototype at the Game Developers Conference in 2015, along with a Kickstarter funding campaign that never reached its goal. But Feelreal was back at GDC in 2018  and is back on track, suggesting its Sensory Mask will soon be available through Kickstarter.

Feelreal adds that it has developed “a reliable scent generator, that holds an easily replaceable cartridge, containing 9 individual aroma capsules.” Users can choose and combine any of the 255 scents available in the Feelreal store, install and change them depending on the type of VR experience they are watching.  All Feelreal aromas are, “exclusively designed by acclaimed perfumer, olfactologist, and perfume critic Bogdan Zubchenko.” Bogdan is the designer of numerous personal, boutique, and interior fragrances that he created under BZ PARFUMS brand. He used every technique he learned after more than 20 years of olfactory experience to design memorable and diverse aromas for Feelreal. 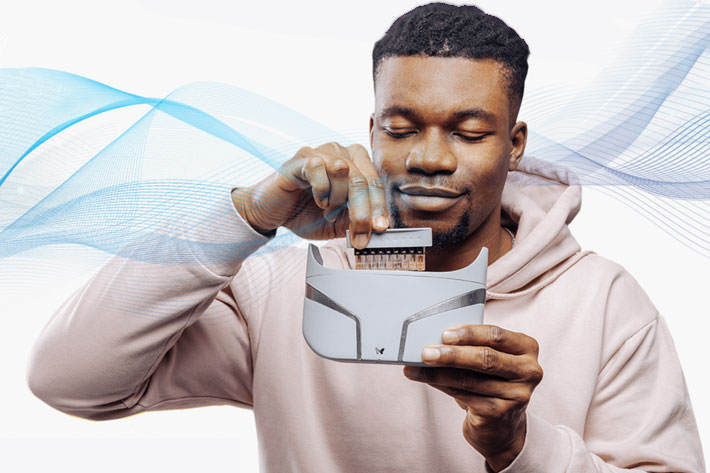 Feel the rain, the breeze, the scents

The Feelreal Sensory Mask will not only work your sense of smell, because the mask is, according to Feelreal, able to make users feel “the rain on your cheeks with our ultrasonic ionizing system”, sense the warmth of the desert with safe micro-heaters, enjoy the cool mountain breeze via two powerful micro-coolers and endure the impact when force feedback haptic motors kick in!

Anything from the smell of fresh coffee in the morning or the smell of roses in a VR garden, to the smell of burning rubber on a racetrack or the gunpowder odor can be included in the experiences promised by Feelreal. Compatible with a series of headsets, from the Oculus Rift to Samsung Gear VR or Playstation VR, the Feelreal Sensory Mask can be used, according to the company, for anything from Aromatherapy or Meditation to  Games, but Movies are also included.

From Rick’s Café Américain to Terminator 2

Using the Feelreal player, says the company, it is possible to watch 360 videos like never before.  The list of supported titles is short, but it’s not difficult to imagine the potential of the idea, if it works. Watching Casablanca while having all the scents expected from a place like Rick’s Café Américain, or Out of Africa while feeling the warm breeze and scents from the land at the foot of the Ngong Hills, may well contribute to a more intense cinematic experience… despite the fact that wearing a mask for watching films may look strange, besides being uncomfortable!

Trying to immerse audiences in the show has always been a goal of the industry, though. If you remember those cinema experiences from the 70s with Sensurround, those low-frequency sounds designed more to be felt than heard, then the idea of having all your senses touched during a cinematic experience is not completely new. Although Sensurround became impractical as a permanent feature of cinema, sound, along with a brief jolt of the theater seats that made the spectators jump with fear, and water sprinkled from above, were used in attractions such as the T2 3-D: Battle Across Time, designed as a mini-sequel to Terminator 2: Judgment Day, which I had a chance to watch at the Universal Studios Hollywood, when it debuted, in the mid 90s. 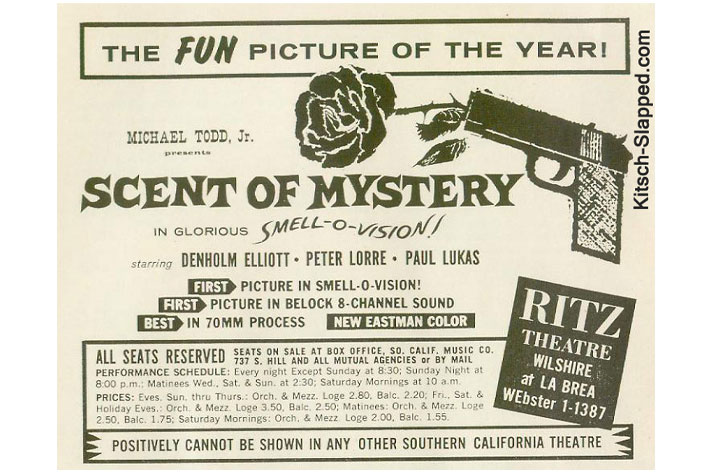 In fact, the idea of using scents in games and movies is not even new. I’ve in my archives a colorful CD given to me at an industry event, either the ECTS games fair in the UK or the E3, in Los Angeles, back in the late 90s, which was a press kit from a company promising to introduce the sense of smell to computer games. The project never turned into a product, and the long history of companies trying to make it happen has to include the names of Digiscent, with its iSmell, said to be able to “transform the entertainment-media spectrum, all the way from Web surfing to Hollywood movies”, AromaRama, Smellit or  Smell-O-Vision.

Although never popular, the use of scents in conjunction with film is nothing new as, in fact, it goes back to 1906, before the introduction of sound, according to Wikipedia. And there are multiple stories about failed projects and implementations that never went ahead, from Walt Disney’s Fantasia, from 1940, to the 2016 Batman v Superman, at a 4DX theater in New York City, a theater with motion chairs and a number of “environmental effects,” including rain, wind, lights, fog, and odors. 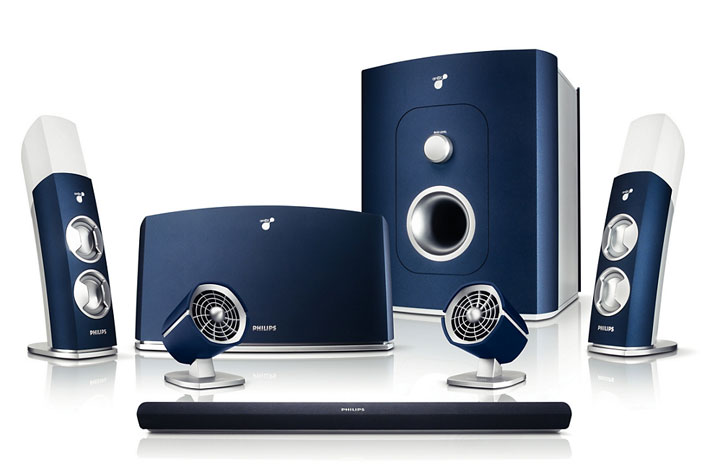 Philips amBX for vibration and wind

Another company tried to immerse us into virtual worlds, even before Virtual Reality was something you could buy from a shelf and take home with you, using one of modern days headsets. In fact, Philips created amBX in 2001, a technology closely related to its own Ambilight, designed to create ambient light that changes according to what is on the screen of your TV set.  With  amBX Philips took things a step further, creating kits for games that provided not only visual color cues – lights on top of a pair of speakers – following the pace of the game, but also accessories to create vibration and wind.

The system had its top product on the Philips amBX SGC5103BD Premium Kit, which included a wrist rumbler for vibration effects, two powerful fans to move air, 2x 16 million colour hi intensity 2.1 160 Watt speaker-lights and sub woofer and the Wall washer light with controller unit to place behind the screen, all for $279… more than a decade ago. I tested the system then and while there were rumors that it would, in the future, incorporate the means to sprinkle water and introduce scents to make the experience more immersive, it never happened. 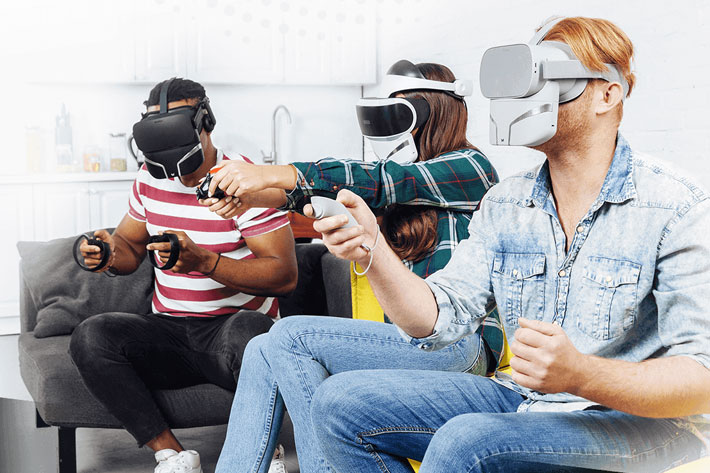 The Man in the Iron Mask

Philips vision for amBX was ambitious: to give users experiences they did not think possible. The marketing from the company at the time said this: “If you’re a gamer, the virtual world reaches out from your screen. You feel the action: the movement of vehicles, shifts in lighting, rumbling explosions, ricocheting bullets, wind in your face. The mix of ambient lighting, vision, sound and tactile sensations mean the gaming experience will never be the same”.  The system was supposed to make it to other consoles and also be used with other media, but in 2008 Philips was already not associated with the technology, which is now controlled by AmBX UK, and used in areas as commercial lighting.

Philips had one thing right: it was easier to create these systems for home use, from games to cinema, than to large audiences. Now, two decades later, we’re reaching a point where all those dreams can become true. Virtual Reality is now accessible to anyone, and will be even more with the new headsets that will make it to the market in 2019, and a system like the Feelreal Sensory Mask. One question remains: are you willing to look like the Man in the Iron Mask to watch movies at home? With Virtual Reality headsets people already look like bug eyed monsters…