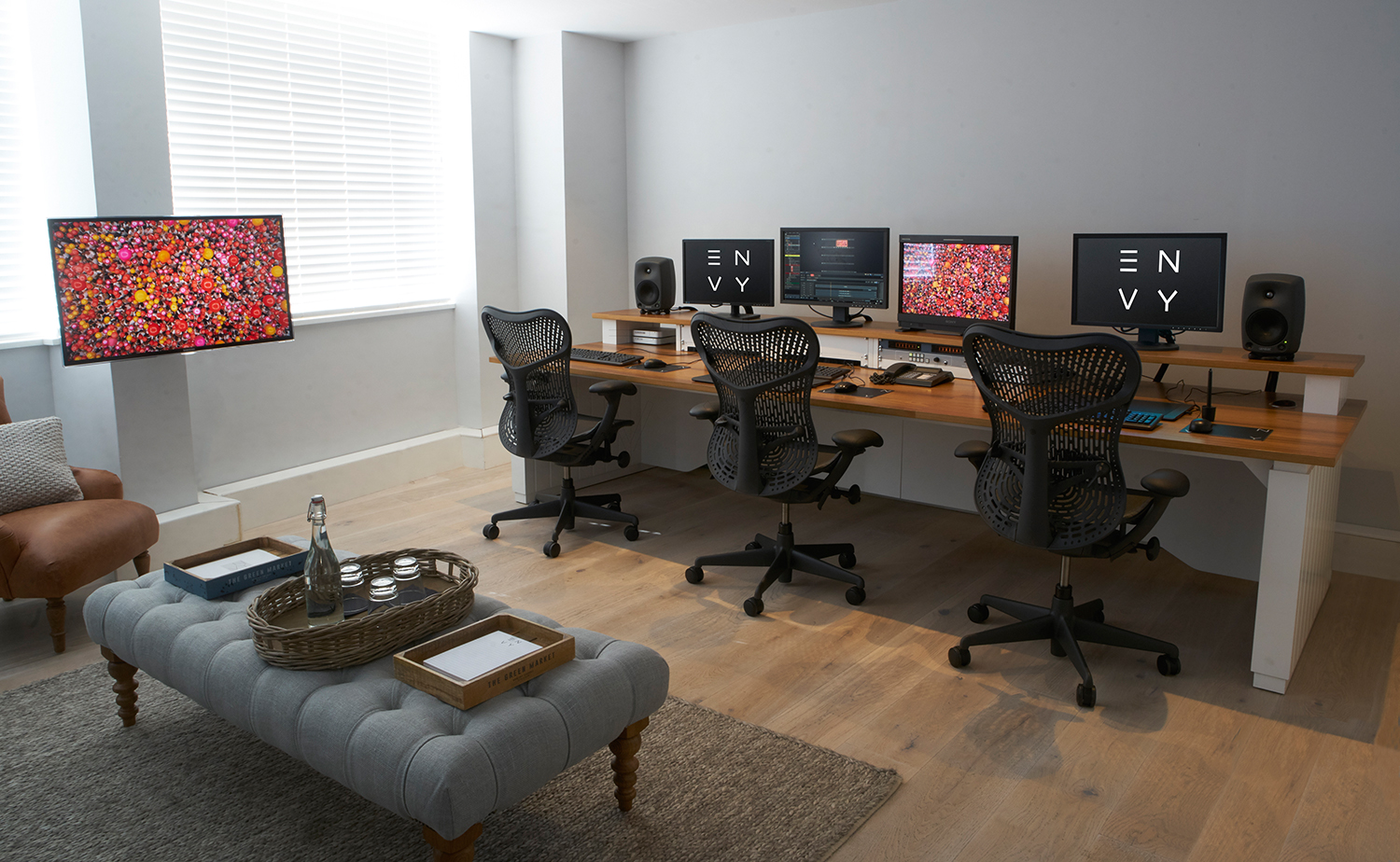 As Jai Cave, ENVY’s technical operations director put it, “in a way, we are the cloud to our customers and partners.”

ENVY’s use of modern technology, including remote edit capabilities and their expansive use of Signiant Media Shuttle, enables them to collaborate with customers and partners around the world, and made the transition to remote work during the COVID-19 pandemic any easy one. Although project files and media are stored securely on-premises at ENVY’s facilities in London, they are able to collaborate globally thanks to their forward-thinking approach to post production.

Founded in 2006 by Dave and Natascha Cadle and based in London, ENVY is a full-service, end-to-end post-production house supplying high-quality services to a wealth of customers around the world. Working with major global studios, broadcasters and networks, including the likes of the BBC, Discovery, and Netflix, ENVY has worked on a wide-range of dynamic and captivating projects from entertainment series such as “Top Gear,” “Gold Rush,” and the recent Netflix reality streaming hit “Too Hot to Handle,” as well as feature documentaries such as “Leaving Neverland.” It’s this portfolio along with the organization’s unwavering dedication to the highest quality work that has helped ENVY establish itself and amass such a sterling reputation over the last fourteen years.

In order to maintain that standard of excellence, ENVY has also been at the forefront of modern technology, striving to ensure they can deliver to the best quality on tight deadlines while maintaining the highest security standards.

That’s where Signiant Media Shuttle came in. ENVY began using Media Shuttle in 2013 — only about a year after its debut — making them an early adopter of Signiant’s award-winning SaaS solution. Prior to their adoption of Media Shuttle, ENVY had been relying predominantly on FTP as well as some ‘consumer’ tools such as WeTransfer. Given the size and value of the content they work with, they found themselves facing a number of challenges, from speed and reliability to security considerations while also maintaining a strong client-friendly experience. For a company like ENVY, these problems were simply untenable: they needed a solution suited to their unique needs.

“When we began with Media Shuttle back in 2013 there was nothing like it on the market and Signiant continues to innovate and remains the leader in offering easy, fast, secure access to media assets for our team and partners anywhere in the world,” explains Cave. “Its intuitive user experience and the ability to custom-brand portals for each project sets it far apart.”

With Media Shuttle, they benefit from the scalability and accessibility of the cloud while allowing them to keep assets under their control, in their choice of storage.

ENVY creates branded Media Shuttle portals for each of their projects offering an easy experience for their creative partners and clients that aligns with their brand. Via these portals, it is simple and secure for clients to access assets from anywhere in the world.

“We are client-facing, so the branded Media Shuttle portals are an extension of us, of our brand,” he continues.

Over the years, Media Shuttle has grown along with ENVY as it is used across the organization to create pipelines for collaboration with VFX partners, to centrally manage archive footage, and to support all ENVY’s ad-hoc operations — such as sharing proxies and full-res files — all while maintaining complete control. Their original 400Mb/s connection has grown to over 3Gb/s to accommodate larger files, and Signiant’s patented acceleration technology allows ENVY to take advantage of whatever bandwidth they have, growing with their business. As ENVY knows, the faster the pipe, the faster Media Shuttle is able to deliver, and with UHD files and even some 8K projects, that need for speed and reliability has only grown over time.

When the pandemic hit in March 2020, ENVY, like many, quickly shifted to a fully remote work environment. With remote edit capabilities and Media Shuttle in place, ENVY was well-positioned and able to keep their projects moving without interruption.

“We have successfully moved an entire facility fully remote from offline to finishing post in a matter of weeks,” notes Cave. “We have been able to deliver on our projects without disruption and are excited to see some new filming starting for future productions scheduled with us.”

ENVY’s use of Media Shuttle has grown every year since 2013 but has doubled since this time last year with the jump to remote work. The organization itself attributes that to the current conditions, noting that a major factor has been how Media Shuttle has helped facilitate a fluid move toward remote work.

ENVY teams trust Media Shuttle to help them weather this crisis and their elevated usage shows it. Because that transition proved so smooth with Media Shuttle, ENVY now finds itself in a flexible position as they look toward the future, better prepared to not only succeed under coronavirus, but to execute a sturdier and more effective working model as the industry returns to work.

As production returns, they expect to continue with a hybrid approach — with some projects on site, and some remote — for the foreseeable future. This approach, leveraging the power of the cloud while maintaining control of assets so companies can collaborate with anyone, anywhere appears to be the future of post production.