DUO is an extra screen for your laptop, a take anywhere solution that extends your working area, is ideal for multitasking and boosts productivity by up to 50%, DUO was funded on Kickstarter! 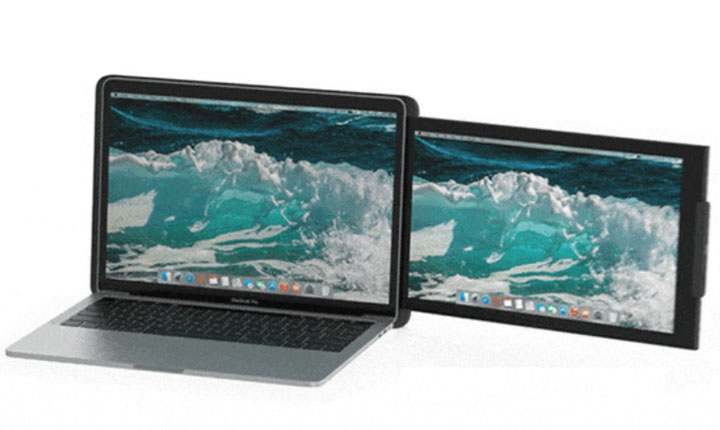 The DUO crowdfunding campaign on Kickstarter reflects the interest a second, portable monitor for laptops creates: 745% funded in less than 4 hours!

With 30 days to go, DUO is fully funded, with 1366 backers pledging $261,276 of a $35,000 goal. The project started in January 2017 through a MIT Sandbox funding will see its first screen sent to backers in January 2019, if all goes according to the initial plan. The DUO was born from a necessity. While working at Amazon in 2016, DUO’s creator, Jack Yao, was constantly frustrated by the lack of a secondary monitor that could help him work more efficiently. Feeling strangely nostalgic about the work monitor he used at his previous job, he decided to build a laptop monitor from a broken laptop.

During the process, he realized that most of the secondary monitors available were stationary, and he couldn’t move around with them. So, he built a prototype of a light and portable monitor that he could carry anywhere with him. Soon, everyone in the office wanted one, and the base idea for DUO was born!

Jack Yao is a student at the MIT School of Engineering, so he was able to gain funding from the MIT Sandbox, which promotes student entrepreneurship. Together with Shruti Bandam from the MIT Sloan School of Management, Stephen Ng and Will Wu, he created Mobile Pixels. The team team is also funded by IDEA Northeastern, which is a venture accelerator, as Ng attends Northeastern University. 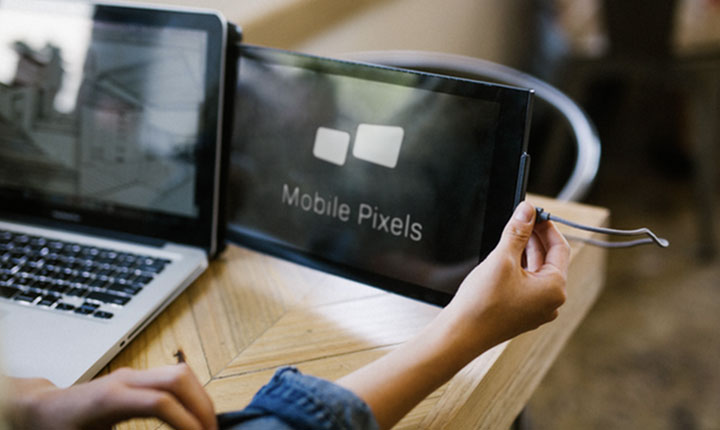 Last March MIT Sandbox Funding started testing prototypes and in April IDEA Northeastern Funding final designs were completed, before the team moved to the Kickstarter campaign, this June. The final product is an accessory that extends the working area for your laptop’s desktop, promises to boost productivity by up to 50% and allows for efficient multitasking.  With the DUO attached to the back of any laptop you’re ready to work wherever you are!

While this is probably not the solution for heavy photo or video editing on the road, the concept is sufficiently interesting – and affordable – to be considered as an option if you move around a lot and need the extra space. Those backers pledging $159 will receive one DUO portable screen laptop accessory for over 30% off of the retail price. And those who want to expand their laptop desktop even further can go for two DUOs, as it is possible to run multiple DUOs, due to the fact that they have individual drivers. Mobile Pixels adds that “the DUO video driver has an energy-star rating to reduce battery drain from your laptop.”

DUO is plug and display. Simply plug DUO into your laptop via a simple USB connection, and you’re ready to go. Available in a 12.5-inch size to best fit your laptop, the screen has a 1080p high-resolution display, so everything you see is crisp and clear. DUO provides a full 270° rotation, with the option for a 180° presentation mode, so you can choose your optimum viewing angle for any situation. It is also possible to slide DUO to either side of your laptop screen. 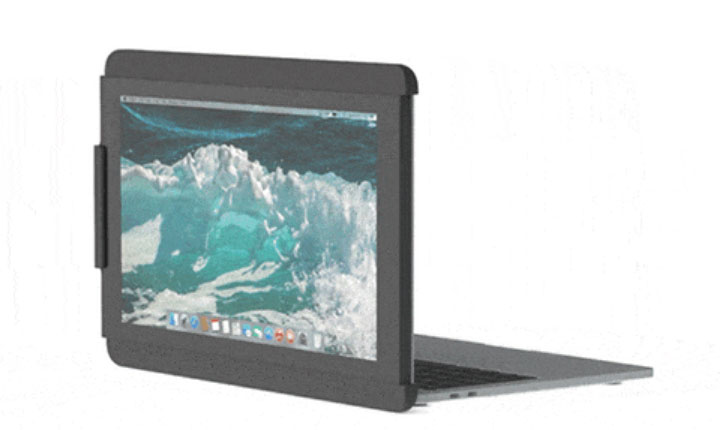 Created with high-quality industry materials so it can withstand the wear and tear that comes with transporting your laptop around, the DUO weighs 1.5 pounds, giving you the true mobility you need to move from workspace to workspace. Able to can work with all operating systems, from Mac OS, to Windows, Linux, Chrome and even Android, the IPS screen has 300 nits brightness and features a USB driver custom built for USB-eDP signal conversion. Regarding the brightness of the monitor, the team at Mobile Pixels point out that “currently there is no adjustment option for brightness on Mac, but it’s adjustable on everything else. This is due to the current driver software from display link. They may issue an update in the future.”

The DUO is not the only solution available to expand a laptop’s screen size. Back in 2015 I wrote here at ProVideo Coalition about the Sliden’Joy, the world’s first triple screen for your laptop.