As someone that tests a large amount of gear on a regular basis, one of the hardest issues is to make sure all of my camera and lens tests were consistent, repeatable and reliable. As a still photographer, I was familiar with Macbeth Color Checker, one of the most commonly used chip charts. It was designed with large blocks of common colors to make sure the reproduction was accurately portrayed for CMYK printed materials.

​I saw my first DSC Labs chart at Fletcher Camera in Chicago, during one of the earliest HD camera demos I remember, held in association with Bill Kurtis Productions and co-sponsored by Sony. The first thing I noted was the calibration chart being used was not designed like any I had ever seen before. Secondly, to my untrained eye, that Chroma-DuMonde© chart appeared to be a mis-mash of grayscales and color splotches.  The design would not become clear to me until I started using waveforms and vectorscopes during the prep and setup for those early digital cameras.

​The Waveforms and Vectorscopes used by broadcasters are actually specialized types of oscilloscopes, used to determine the signal levels (exposure) by reading the voltage of an incoming video signal, while a Vectorscope plots the subcarrier signals against each other to determine the chrominance (color) encoded in the incoming signal. Great to know for a budding cinematographer, but when your only deliveries were SD in Rec601 and HD as Rec709, what you could do with the cameras of that period was fairly limited, or so I thought.

​Using a chart designed for a video signal opened a new window into setting up cameras for me. These early broadcast centric cameras utilized a paint-box, now more often called a Camera Control Unit (CCU) that allowed for a wide range of real-time adjustments to the color, contrast and even the sharpness of the signal as it came out of the camera. In broadcast use, the CCU functionality allows for the cameras to be matched in color and contrast from a single position in or near the master control. For cinematic use, it opened my eyes, right at the beginning of the fundamental shift away from recording as Rec709 and moving into the era of Log signals and the recording of Raw data formats.

​Understanding the color and contrast controls used for broadcast camera systems made stepping into the low contrast, desaturated imagery captured in Log much more comfortable. I found the same DSC Charts used to calibrate my camera setup gave me a much clearer idea of what was required in post. I found the same tools and techniques for adjustment could even be more effective when adjusted in post. Tweaking the Hue and Saturation controls to achieve a more cinematic look, I was able to push color around as I needed and make selective adjustments all while maintaining control of the overall contrast and tonal curves. This gave me an edge in the earliest days of non-linear editing.

Then came issues with Long-GOP compression in HDV, external recorders, 3D/Stereo alignment, 4K, then 8K resolution cameras. The number of constantly changing issues required a wider variety of focus and calibration charts that would allow us a better understanding of compression artifacts, camera alignment, or to actually see the extended tonal ranges that are more and more common in the HDR world. Relying on DSC Labs calibrated camera charts provided me with the knowledge and capability to critically evaluate the wide range of issues filmmakers needed to address in that ever-advancing technological landscape. Yet it always keeps coming back to the evaluation of color and contrast, not only of the unprocessed signal but also relying on that knowledge to achieve more dramatic results in post. Even now, some 20 years later, I still rely on the technical knowledge I gained working in analog.

​Recently, while working on a technical writing project, DSC Labs sent out one of their newest chart products, the Chroma Disk.  Designed like all DSC charts, it offered a quick, easy to use reference defined for Cinema and Broadcast use. The octagonal design allows for a smaller footprint in your camera case, includes the 6 Vector colors at 75% for aligning color on a scope, and 6 highly saturated colors for comparison when working in RGB. It also has 4 Skin tone variations, a 100% white and a true black chip, with multi-resolution guides and a focus spiral at the center of the chart.

​The Chroma Disk can be used like any other chart in post. You adjust the gamma, lift and gain, then add saturation to get a pleasing image. However, with the addition of the ChromaDigi© file, non-linear editors like DaVinci Resolve, Final Cut ProX, Adobe Premiere and Avid Media Composer give editors and colorists quick control over those adjustments, allowing them to take an “eyedropper” sample of the recorded chart then use each NLE’s “match color” controls to conform the color of that camera original file to match that of the ChromaDigi© master. I have found that even for someone experienced in color correction, this methodology of color alignment was faster and often more consistent than my personal experience would allow me to believe. I will love anything that saves time and speeds up my efficiency in post.

​Another aspect of the ChromaDigi© is sampling the resolving power of your camera. As formats gain pixel counts, not every lens you might use will conform to the need for higher resolution. Understanding how the guides work can also highlight any chromatic and spherical aberrations in your optics. The high contrast black and white lines are optimal to reveal color fringing or spherical distortion

​The smaller version of the ChromaDisk (20cm / 8in) chart does not include the A, B or C high-resolution test patterns, only those related as D-J. The methodology for determining resolution is remarkably simple: you can load DSC’s 20x12grid.jpg file supplied with the Chroma Disk, or create your own grid that is 20 columns wide and 12 rows high. Then count the number of horizontal grid squares the chart covers, match that to the number of columns,  then choose the highest resolution target. According to DSC’s included guide, if I can cleanly see the line pairs next to the letter “D”, indicating this image has over 900 lines of resolution, enough to be easily enlarged or viewed on a 4K screen without degradation.

​The ChromaDisk from DSC Labs proves once again that great things come in small packages. Their 20cm Chart is small enough to tuck into your camera case or the padding of your backpack, but large enough to give your production that edge up at creating consistent content with minimal effort from the front of the camera to behind the scenes in post. With the smaller version 20cm (8in) priced under $100.00, the chart offers an affordable and reliable reference that fits any filmmaker or production style. 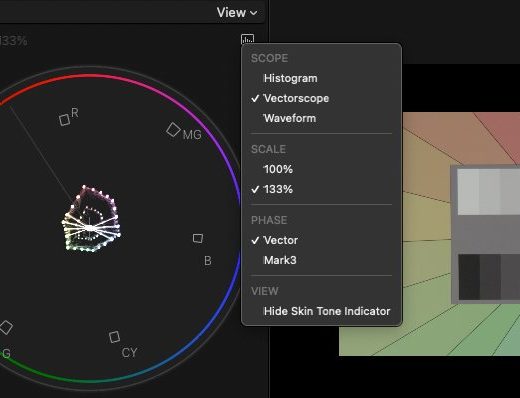 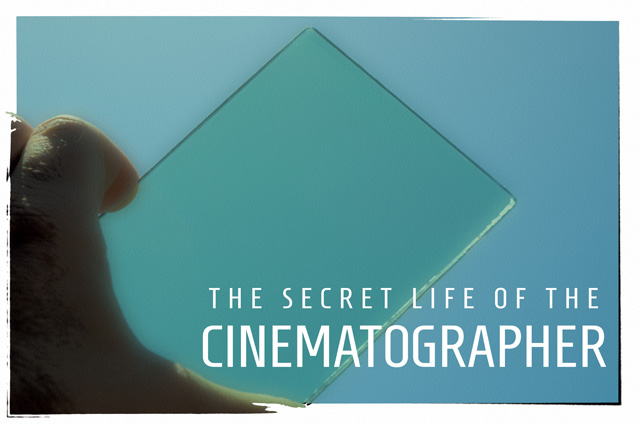 CRI is meaningless when it comes to measuring LED or fluorescent lights. TLCI hopes to replace CRI in the...