Drew Christie is a new kind of multimedia artist, as comfortable with pen and ink as he is with computers and creative software. Allergy to Originality, which will be shown at this year’s Sundance Film Festival, is a case in point, demonstrating how fluidly he moves between natural media and digital image manipulations. 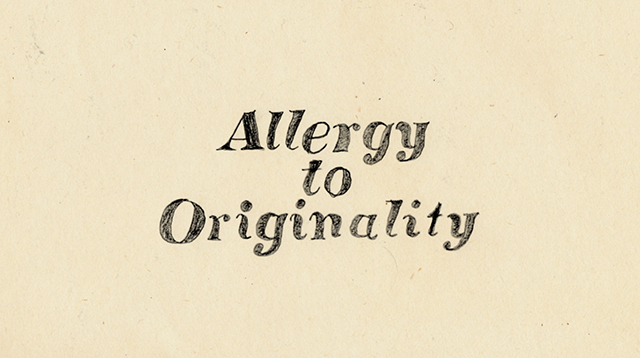 Combining illustration with animation, the short film riffs on the theme of originality and plagiarism with long passages lifted verbatim from Wikipedia. The piece maintains a natural hand-drawn feel along with the uneven, slightly jumpy cinema of the old silent movies.

“I started creating animation before I knew what animation was,” recalls Christie. “When I was a young child I filmed my Star Wars figures using my dad’s video camera. It just went on from there.”

He’s been using Adobe creative tools since he started to get serious about art and animation. “They’ve just always been there,” he says. “I started experimenting with Photoshop and After Effects when I was in high school.” Along with Adobe Illustrator CC and Flash Professional CC, Christie’s primary filmmaking tools are Adobe Premiere Pro CC and After Effects CC. 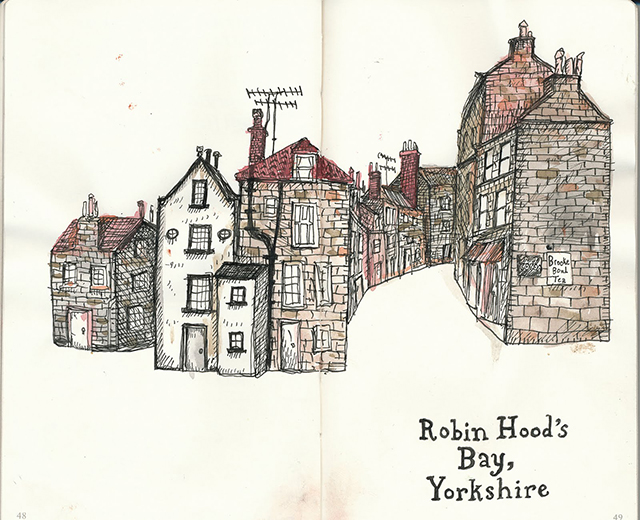 Many of Christie’s short films, such as his 2012 Sundance selection, The Song of the Spindle, are like a visual editorial, offering insight, artistry, and a whole lot of whimsy in a fun, handcrafted package. “I do a lot of non-fiction based work, so I’m often researching topics, so Wikipedia always comes up,” says Christie. “That’s where the idea for Allergy to Originality came from. There’s also a certain style to the language in Wikipedia that I find really funny.

“I’m also quite inspired by Soviet-era animation from the Eastern European countries. It was a thriving filmmaking scene that served as a way to communicate complex and abstract ideas, not just have cute animals go on adventures. For me, animation serves as a bridge between the disparate worlds of research, reportage, memoir, art, illustration and film.” 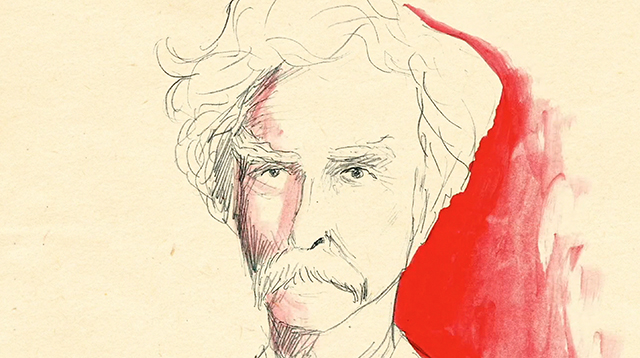 All of the images in Allergy to Originality began on paper as drawings using pen and ink, which Christie then painted over with acrylics giving the images a washed water-color appearance. “I scanned in each image and brought them into After Effects,” he explains. “In After Effects I color corrected the images for color and lighting continuity and morphed each image into three frames. This gave me ten drawings per second, or 30 fps in filmspeak.”

To enhance the natural-medium look of the film, Christie overlaid paper texture onto the images before rendering out the complete sequence. Then he brought the whole project into Adobe Premiere Pro CC where he synced the audio and added a self-composed music track. 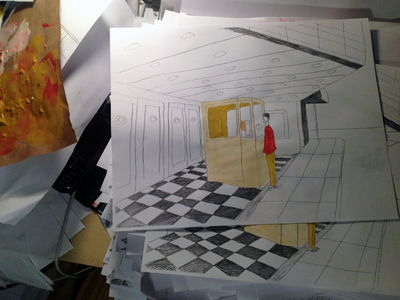 The result is a visually striking and very funny short film depicting a discussion between a theater patron who is lamenting the lack of original ideas in the movies, and the ticket seller who has an answer for everything – courtesy of everyone’s favorite online encyclopedia. 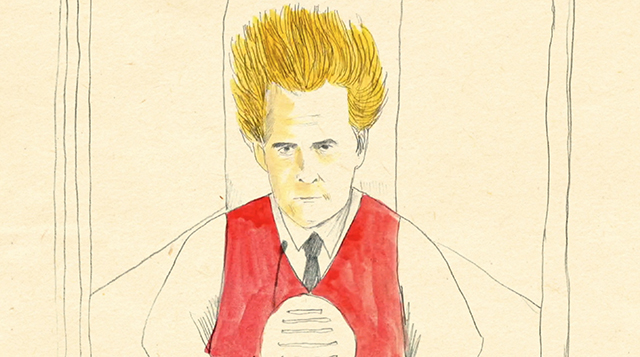 Meanwhile Drew Christie continues as a one-man cottage industry turning out beautiful and humorous content at a remarkable rate. He produces animated TV commercials, album artwork, is working on an illustrated book and creates editorial content for The New York Times, The Huffington Post, and Vanity Fair. He even finds time to keep up a lively, and lovingly-illustrated blog on his web site.

Christie became a Creative Cloud member a year ago, not long after the new Adobe subscription model was first announced. He found it an easy decision to make since he uses so many of the tools. “I like keeping my applications up-to-date,” he explains. “It’s so easy to go up to the navigation bar and sync to the latest versions. It’s much more streamlined and I love that there are no boxes and serial numbers to keep track of.”

“Adobe is the real deal for filmmaking and gives you all the essential tools,” he continues. “I have used After Effects for 12 years for animation work. It’s like the invisible hand that allowed me to make a film that doesn’t look like it was done on a computer.”

Adobe will be at Sundance! Join us for a live-streamed filmmaker panel:
Engaging Story, Brilliant Visuals, Low Budget – the changing face of independent film
Friday, January 17, 2014 at 2:00 PM PT