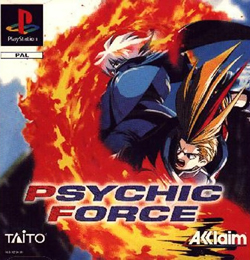 In the Digital World, there are sacred myths pervasive through the culture similar to what I found after the Berlin Wall fell. Moreover, these fictions are often self-reinforced within the Digital community. Two of these are:

ROI: Digital Media people are certain that they are superior to traditional media people because they can deliver ROI metrics. However, this is mostly a result of Digital positioning itself as a direct response medium. As the popularity of Social Media is beginning to show, there are other considerations that defy measurement.

In actuality, marketers aren’t really all that concerned with ROI metrics by medium, but with their own ROI metrics (which they usually do not share with media). For example, auto companies don’t expect to earn money in a launch year, but over the model life (usually 3-5 years). Many campaigns aren’t even focused on sales. (See What Do Advertisers Want?)

In actuality, client’s use metrics for negotiation and arbitrage more than for media choice.

Old Media is Irrelevant: According to ZenithOptimedia, in 2008 “Old Media” made up 90% of total advertising spend worldwide. That seems quite relevant to me. Admittedly, Digital Media is gaining ground quickly and that number is predicted to drop to 85% by 2011, but for the foreseeable future ad budgets will be dominated by incumbents.

Moreover, online performance can be greatly enhanced by offline activity. Any web site that has done a co-promotion with a TV station knows this. Amazingly, when Digital marketing agencies see a spike in CTR’s, they immediately attribute it to some optimization they did and rarely look at offline activity.

As someone who has spent time on both sides, I am frequently frustrated by many Digital people’s dismissive attitude towards anything that existed before 1995. Before one seeks to “break all the rules,” one should first consider the possibility that there are often good reasons for rules to get adopted in the first place. Some of these reasons are still valid even in a wired world.

Full articleCultural Sanctimony: Can the Digital World Overcome its Arrogance?