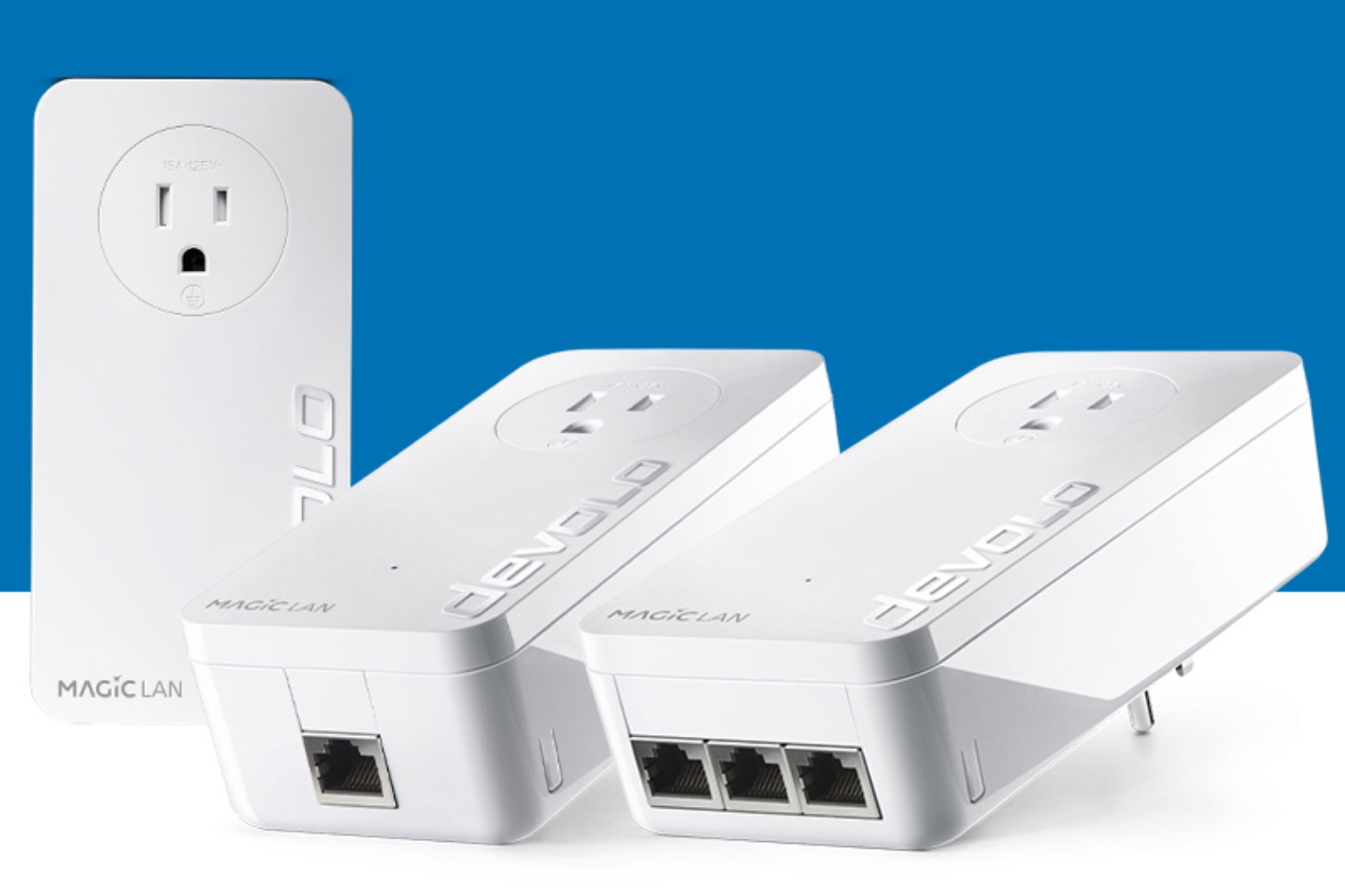 Smart home networking expert devolo launches in the U.S. with award-winning Magic product line, to build a reliable home network that no longer requires drilling or the hassle of routing cables.

Some months ago, I wrote here at ProVideo Coalition about the German-engineered devolo Magic 2 line for home networking and suggested that despite powerline technology not being very popular in North America, it was still available. Now devolo, which for several reasons was not present in the United States, has just entered the market, offering more choices to those interested in exploring this home networking solution.

“It’s more important than ever to have a robust home network, as the past year has clearly demonstrated. Working from home and attending virtual school as well as enjoying today’s home entertainment aren’t possible without fast connections,” says Heiko Harbers, devolo founder and CEO. “Our Magic products have delighted millions of customers, and we’re pleased to now offer them in North America. We consider this market launch to be an important milestone in devolo’s history.”

The flagship product, the Magic 2 WiFi next, integrates the best of two worlds: state-of-the-art G.hn Wave 2 standard powerline speeds up to 2,000 Mbps and high-performance mesh Wi-Fi with speeds up to 1,200 Mbps. One important note to remember about these numbers: actual data throughput and data over distance will vary. Network conditions and environmental factors, including volume of network traffic, building material and construction, and network overhead, result in lower actual data throughput rate. 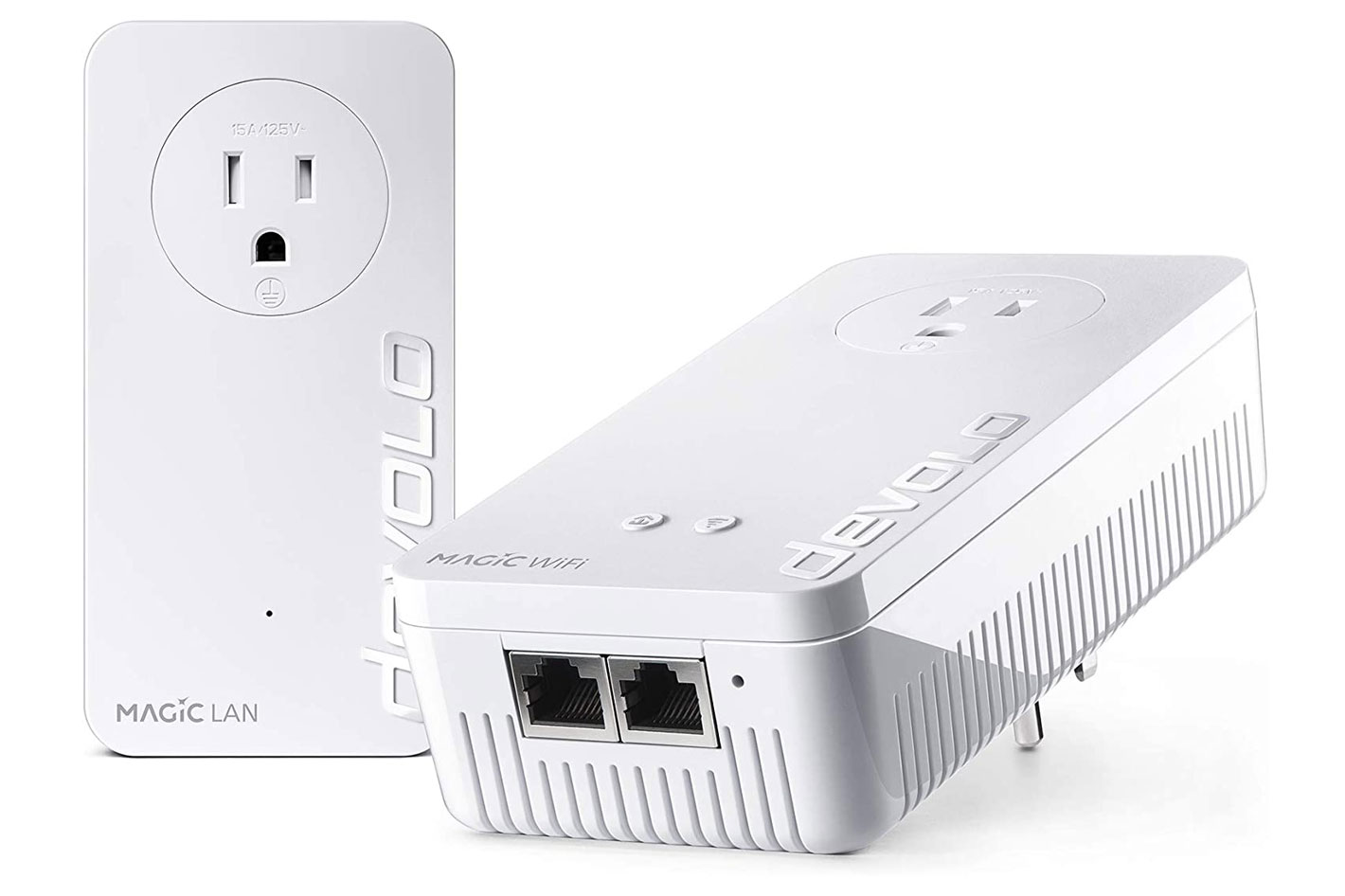 Features in Magic 2 WiFi next

For maximum connectivity, Magic 2 WiFi next is also equipped with two useful Gigabit LAN ports that make it a networking powerhouse for the home. The Magic 2 WiFi next series also supports numerous smart features for setting up a stable mesh Wi-Fi network:

WPS & Config Sync enables Wi-Fi configuration data to be synchronized so that only one Wi-Fi password has to be stored.

Bandsteering, integrated into the Magic 2 WiFi next adapters, ensures that all Wi-Fi clients are automatically assigned to the optimal frequency band. Instead of the frequently overloaded 2.4 GHz band, clients with Bandsteering operate more frequently in the 5 GHz band. This increases network performance and stability.

Multi-User MIMO (MU-MIMO) makes it possible to simultaneously provide multiple terminal devices with constant Wi-Fi. As long as the internet connection is fast enough, the terminal connections can remain stable even when the new series is being streamed in 4K or 8K in the living room while the kids play online on a tablet and a video call is made in the home office.

Beamforming enables more exact control of the Wi-Fi devices to create a better connection between the access point and tablet or smartphone, for example.

WPA3 and WPA2 ensures outstanding security for the Wi-Fi of the devolo models. 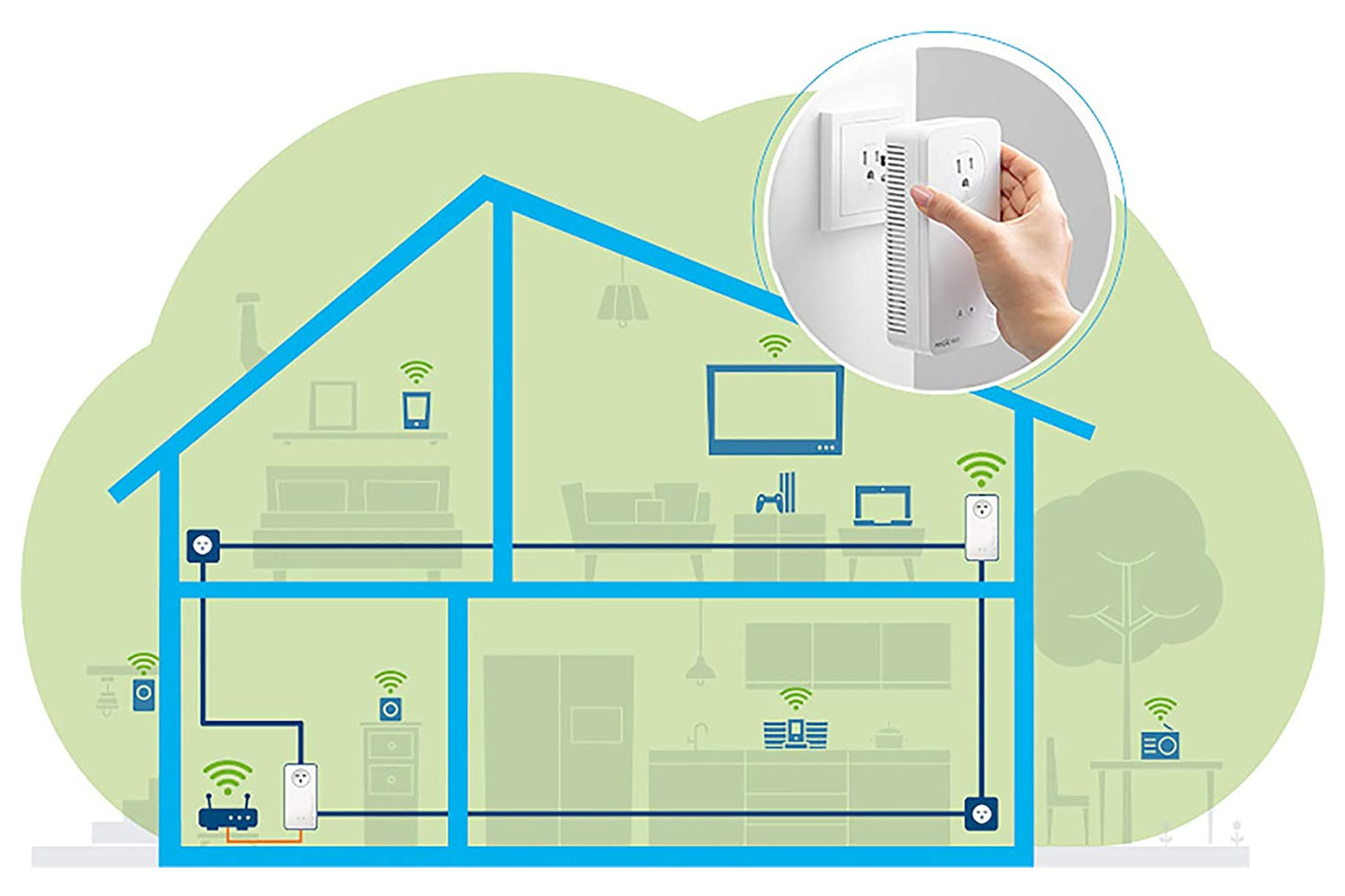 No need for drilling or the hassle of routing cables

The products have a simple Powerline pairing process and a strong 128-bit AES encryption that is used across the board among the Magic line. The devolo Magic 2 LAN triple offers three fast Gigabit LAN ports for computers, gaming consoles, set-top boxes or other hardware to be supplied with the internet. Meanwhile, the devolo Magic 2 LAN adapter has one Gigabit port. devolo provides all devices with a limited two-year warranty.

Creating a home network with plenty of range no longer requires drilling or the hassle of routing cables, it’s as easy as installing the Home Network app (iOS, Android) included with the Magic product line. In addition to the user-friendly app, consumers also have access to the free devolo Cockpit software (Windows, MacOS, Linux) and a web interface, all of which provide access to the system status and settings.

The various starter kits are the recommended choice for most homes, while the flagship devolo Magic 2 WiFi next Whole Home Kit is an ideal solution for larger, multi-level family homes. For optimal connectivity, the devolo network can be expanded with add-on Magic adapters. Additionally, the entire Magic product family is fully intercompatible, allowing for a customizable and versatile Magic home network. 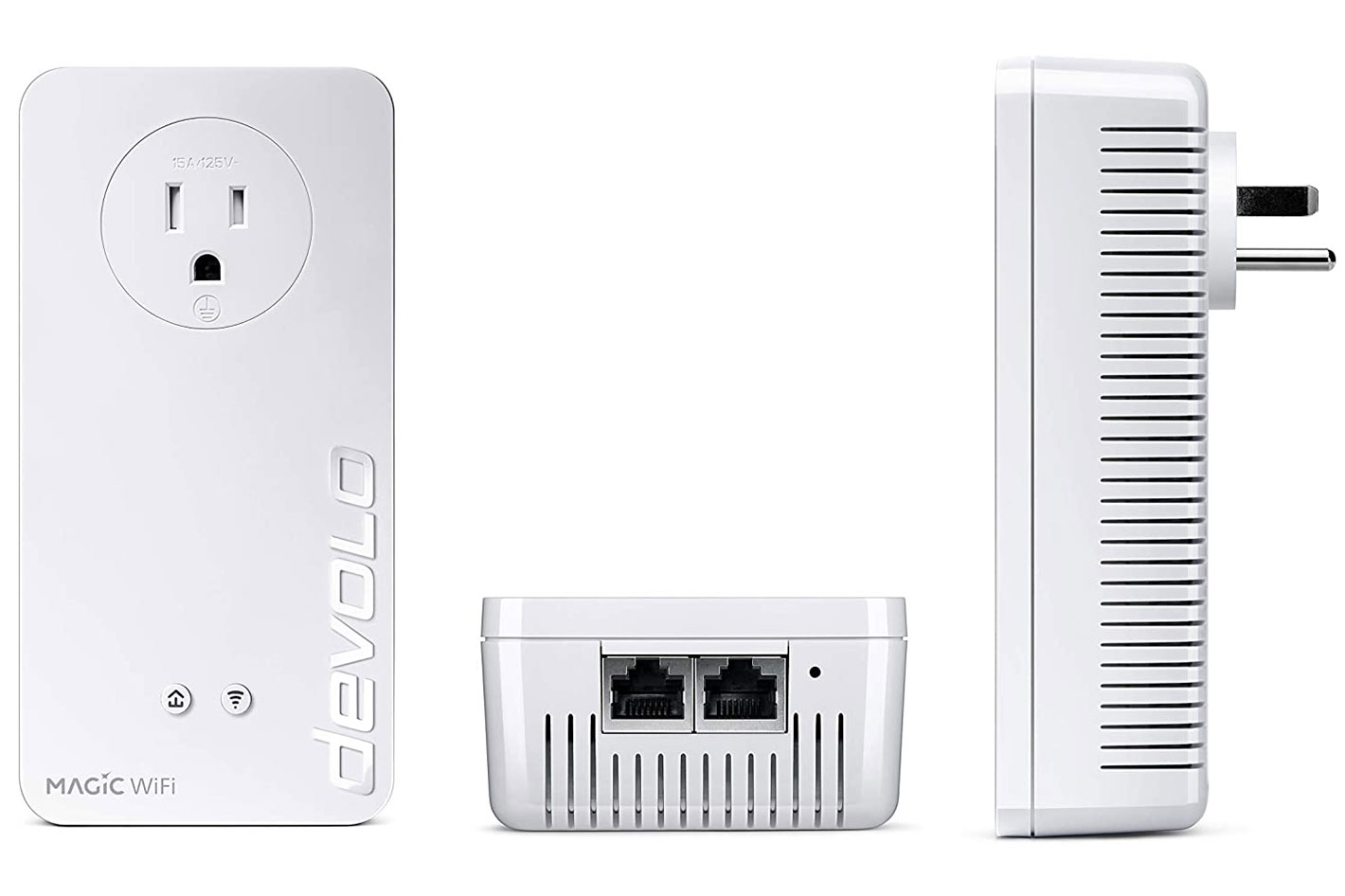 Devolo is a “plug and forget” system

Before I end this news article, let me add a note about my own experience. The best thing one can say about any home networking solution is that you rarely think about it. That’s how I feel about devolo, which I’ve used since 2007, through the different versions of the product. My own experience with the system started with adapters with an announced speed of 85 Mbps and I have used devolo ever since, including the most recent adapters, offering 2400 Mbps.

For many years my home network, serving two floors of the house, connecting seven desktop PCs, four laptops, two PlayStations (3 and 4), Smart TV, smartphones and other devices worked just fine, based on the electrical grid and dLAN 500 duo and dLAN 500 WiFi adapters, offering both Wi-Fi and Powerline access around the house. Last year we changed to Magic adapters, as we upgraded our Internet connection speed, and the devolo system is working just as it should: plug and forget!

We’ve had a few problems in 14 years of use, from adapters dying – very rare – to some software or connection problems, rapidly resolved, sometimes with the help from devolo. In fact, I’ve had more problems with my ISP’s connection than with devolo’s system, which is, one could say, humming in the background doing its thing. 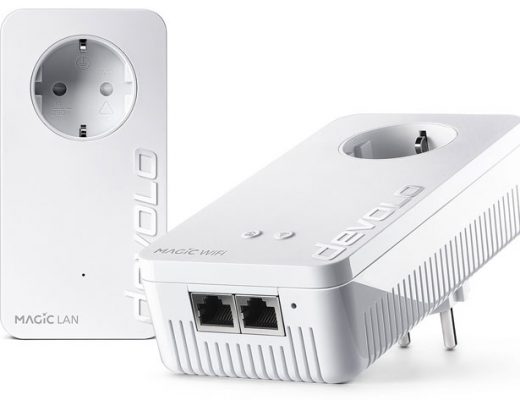 Introduced at IFA 2018 and finally available to consumers, the new devolo Magic sets a new standard in terms...