Here is my open letter to companies like Adobe, Blackmagic Design and all the other non-linear editing and post-production software makers out there:

Please do not export, render or “bake in” the on-screen error messages, render warnings and software watermarks that often happen during the course of an edit. I understand the reasoning why these are necessary and believe in the importance of telling the editor when something has gone wrong but leaving these intact during an export is a recipe for disaster as these often end up in the final output which, inevitably, make it to air.

What brings this to mind? On New Year’s Day I was watching the Kiss 2020 Goodbye concert by the rock band Kiss with my kids. It was a live concert event in Dubai and before the show started there was nearly an hour of preshow with some short documentaries around this mammoth show. At about 11 minutes and 17 seconds into the broadcast I see it: the tell-tale blue banner from the Adobe Premiere Pro Warp Stablizer with its ominous warning: Frame not analyzed for stabliziaion, click Analyze. 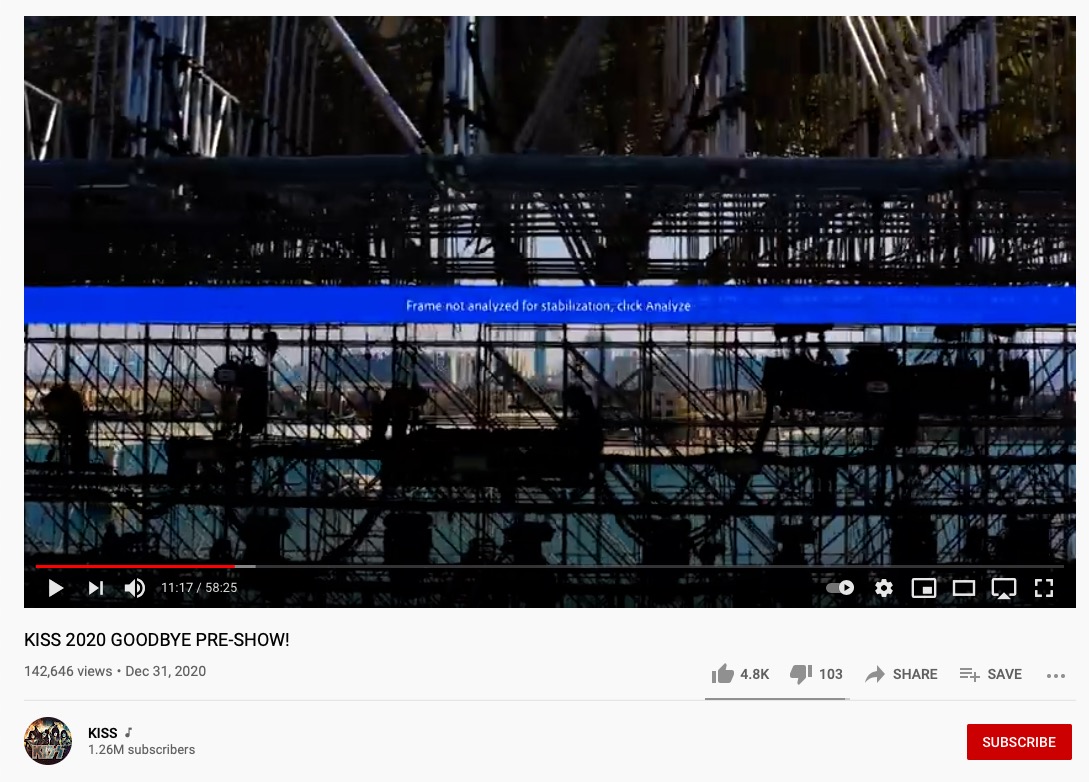 It was quite a long shot and I was surprised that it made it to broadcast. And it didn’t get removed for the inevitable pre-show YouTube upload either so I got the screen-grab above! You can watch it yourself and try to catch this one and another one or two later in the pre-show.

If you think there needs to be a bit more warning so this doesn’t happen so easily then please vote in my Adobe User Voice Present an error message before output when a Warp Stabilizer watermark is on a clip idea so maybe we can get that at some point in the future.

But once the analysis is complete and you were to trim the clip where new frames haven’t been analyzed you’ll get the blue warning bar in the render. But further complicating this for Premiere is it seems like there is a warning both for an In Progress Warp Stabilizer on export as well as one that is Not Started. It almost feels like a bug within Premiere that you don’t get that warning with Status: Need Analyzing when you’ve trimmed a Warp’d clip to make it longer and you have new frames that haven’t been analyzed.

Here is how it appears to behave: if Warp Stabilizer hasn’t analyzed at all you’ll get the “Not Started” warning, If it’s happening as you export you get “In Progress.” If you trim the clip out to make it longer no export warning and the blue bar bakes into the output

It would be great to get a message like this on output. I really like this idea:

There’s a number of reasons something like this could make it to broadcast. Often times the editor is rushed and changes are demanded up until the very last minute so there is no time to quality check the program before it goes to air. Actually that’s probably the most common reason. It can be embarrassing for the editor and the production company so it’s a good lesson as to why editors need time and people to QC a project before it goes to air. There has been many an editor yelled at for this very mistake when in reality the fault should like with the producers for not allowing adequate time to check the final output. This can become an excruciating exercise when the program is long.

Lest you think I’m being a jerk calling out the Kiss production for their Warp Stablizer mishap, I had a similar situation of my own during a Christmas show edit I did in DaVinci Resolve. I had been working on this local broadcast Christmas show at my office where I have Resolve Studio. I had used one of the Studio-only features, Patch Replacer, to remove an annoying exit sign. Late in the evening I opened the project at home to make an output and send the file to the client. I had an issue at home as Resolve wasn’t seeing my dongle so it didn’t think I had the Studio version installed and generated a big, ugly watermark where I had used the Studio-only Patch Replacer filter. I made a workaround and sent the file to the client for final approval.

The next day I got an email back with this screen-grab attached: 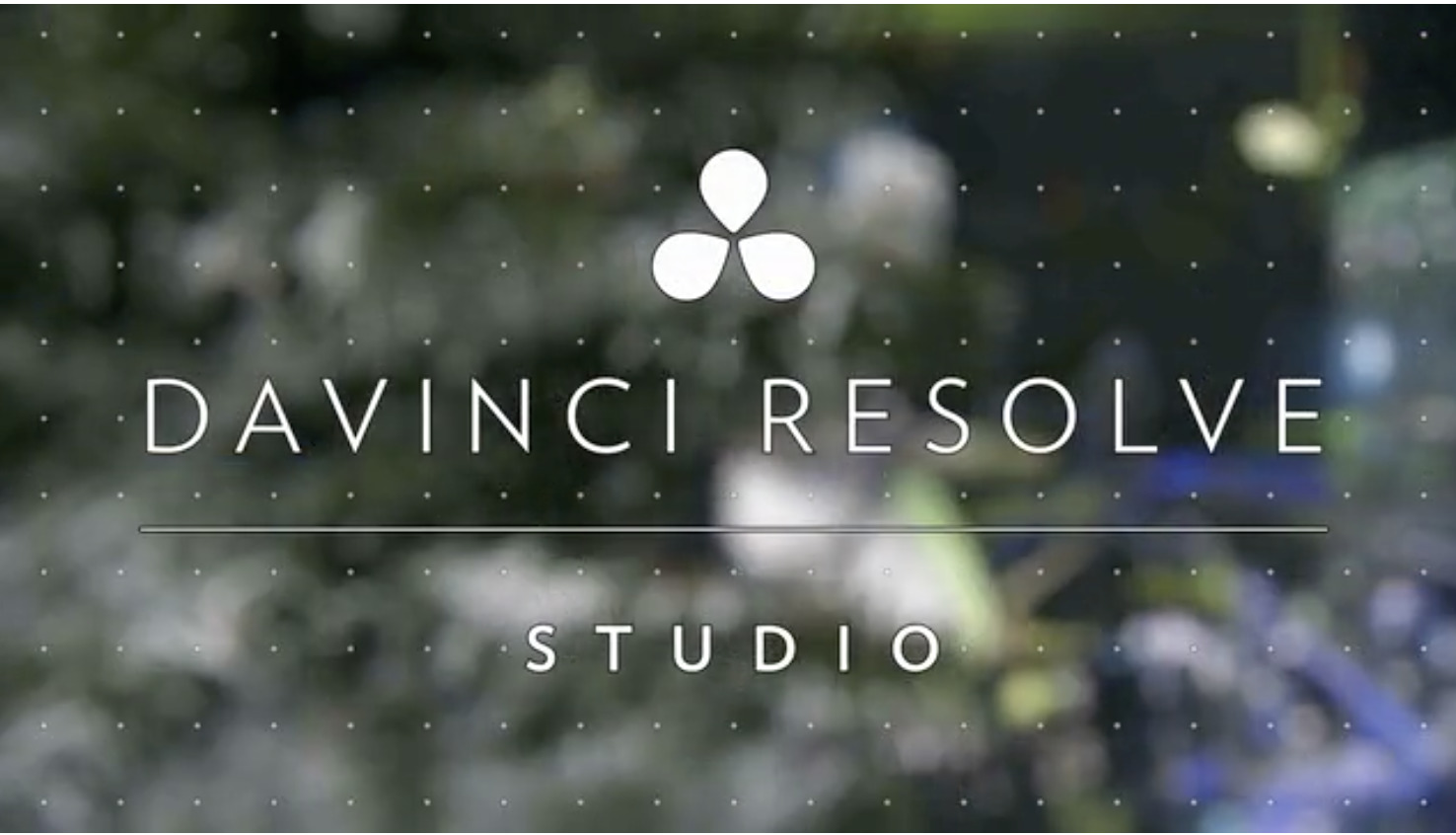 Little did I know that the Lens Blur filter I had used was Studio-only so that watermark went out in the final output. I am human and can make a mistake with the best of ’em.

What do I wish would happen in this situation? Ideally I’d like a warning message before a file is generated that there is going to be a watermark present as well as a way to quickly jump to it and fix it. Second to that I would prefer the NLE to render out the unaffected shot. I think that could cause much less damage in the end than a rendered watermark going to broadcast or the web delivery. But honestly the first option would be best.

Not every piece of post-production software handles this kind of thing the same way. But every one of them should make some kind of provision for watermarked footage so the watermark doesn’t make its way into an output.

UPDATE 1/3/2021: I posted this article to Twitter this morning and it’s generated some good discussion. Seems to be two camps when it comes to this idea of not baking in the watermarks and error message on export: the I’ve had that happen and agree with this idea vs the editors should always check their work and there is no excuse for this ever.

Disagree, there are zero excuses for not checking encodes before uploading.

I too learned the hard way. Live UFC pay-per-view event. With minutes to air, had to re-export changes the show open, skimmed the render & fired it over to the producer. 2 lg red “X”s during the broadcast. The machine I rendered from was missing the plug-in used. 😐

Easier said than done, see the example above. Not everyone can work at snail pace.

Have never understood why this isn’t handled when you export. Why isn’t this part of the rendering? https://t.co/2AFRJ09ULH

Ok, if it’s unacceptable can I have your phone number for producers to call when they insist we revise content so close to air that there isn’t time to review the export? That’s the real world these days, I’m afraid.

Warp stabilizer becomes unrendered for me all the time. I’ve been using Mocha to stabilize instead. We used to watch everything go to tape. Now I rarely have an assistant, my producers & CDs are to busy to QC, and I’m creating/exporting 40x social versions before deadline.

Hey Everyone, I know what you’re probably thinking…..”Wait a minute….weren’t we just talking about the New Interface, and now... 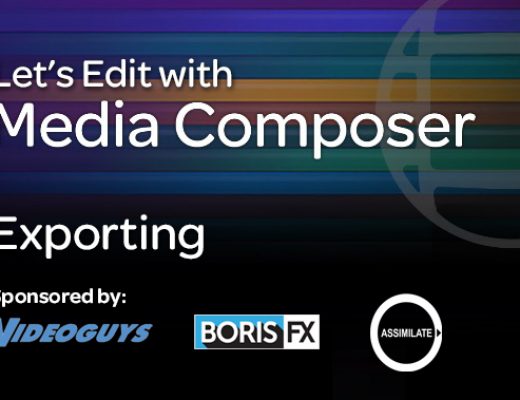 I love the Avid Editors of Facebook page.  It’s such a great place to get a real sense of... 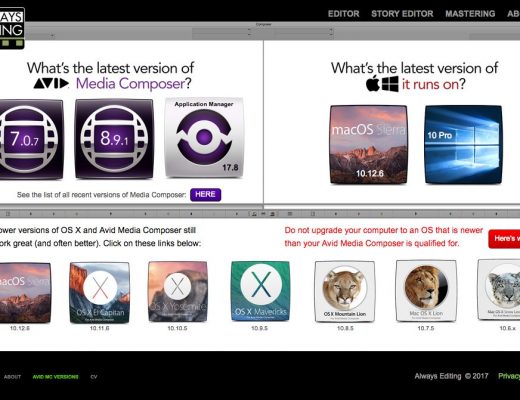 One thing that Avid Media Composer has is options.  There’s a ton of options in your settings, there are... 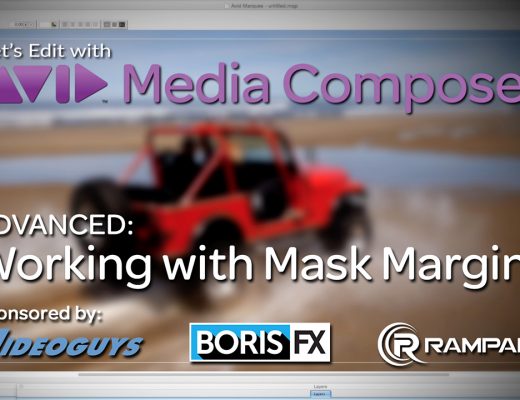 In this Let’s Edit with Media Composer lesson, Kevin P McAuliffe talks about a great feature added in version...