The F55 has something for everyone

Is there anything specific about the F55 that makes it so versatile?

It does almost too much. The menus are the most complex of any camera I’ve ever seen. I’ve chatted with Sony about this but they are wary of removing features because they come from a broadcast video background, where engineers are used to painting with paint boxes and tweaking menus and matrix settings, and there are still some situations where that happens. (The example I was given was multiple camera sitcoms, where someone will still paint and match the cameras at the beginning of the day because a lot of shows only allow for an hour of color grading time per episode.)

It just does a lot of stuff. It records XAVC, which is fine for most situations even though it’s highly compressed, but also records SStP and Sony Raw, which are excellent file formats albeit with very high data rates. You can shoot HD, 2K and 4K with the sensor’s full real estate or center crop for HD and 2K. It was the first camera to offer fairly high frame rates in a non-specialized camera. The colorimetry is very pretty and matches what you can get out of an F65, which is a very pretty but underappreciated camera.

I prefer using it in Cine-EI mode where most of the controls go away. I could go into custom mode and push the matrix around and create my own look, fuss with detail settings, gamma settings and black levels… but I really want the camera to get out of the way and let me work. I do a lot of research into how cameras function so I can choose the right camera for the job, set it up in advance, and then never worry about it again.

That’s fine. The F55 has something for everyone. 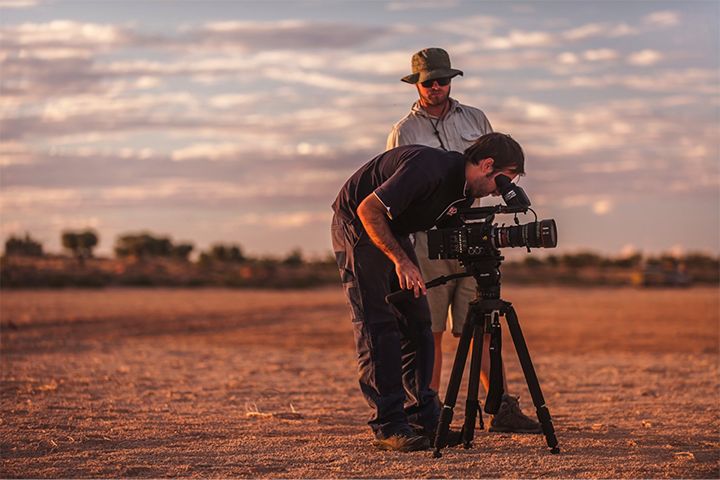 Gavin Rawlings detailed what it was like to travel with the F55.