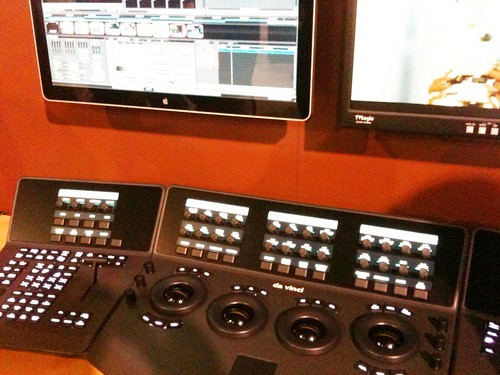 By now you’ve probably heard that at NAB 2010 Blackmagic has introduced a new product and a new strategy for their recently acquired DaVinci line of products. It’s really not much of a line at all anymore as it’s just Resolve and Revival. And it’s big, big news for Resolve.

If you’ve got a 2K Plus or a Splice then your product is at the end of its life. You might still get support for those existing products but there are no more DaVinci service contracts to be had for those products nor will they, according to the Blackmagic folks on the NAB show floor, ever be updated again. But that’s okay since the industry standard color grading system, the DaVinci Resolve, can now be had at an unbelievable price. Keep in mind that these are systems that were in the 6-figure range just a short time ago. 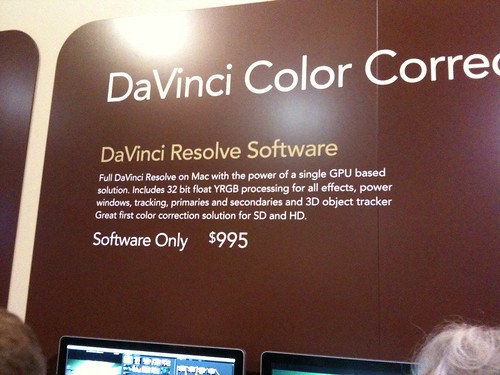 Now that DaVinci power is “affordable.” Blackmagic introduced DaVinci Resolve Software on Mac OSX for $995. According to the folks at DaVinci that can get you realtime uncompressed 10-bit HD (provided you have the hard drive speed and bandwidth to handle it) with maybe 6 or 7 nodes for correction. You can think of nodes as a primary, secondaries or Power Windows. That stands to reason that less bandwidth intensive codecs like ProRes would be able to get more realtime nodes. With one of Blackmagic’s Decklink cards installed, a Tangent Wave control surface and a nice grading monitor (don’t forget the MacPro to run it on) and you suddenly have yourself a color grading suite that was out of reach of most all post-production pros just a few months ago. There appears to be no upgrade path for any current DaVinci owners which is a shame as those folks (my employer included) have paid a lot of money over the years to support and use the DaVinci product. Might some of them jump to something like a Quantel Pablo just to stay uniquely high-end and maybe spite this sudden 180-turn in the DaVinci market? Maybe. But maybe not since that price-point for the new Resolve might be too hard to resist. 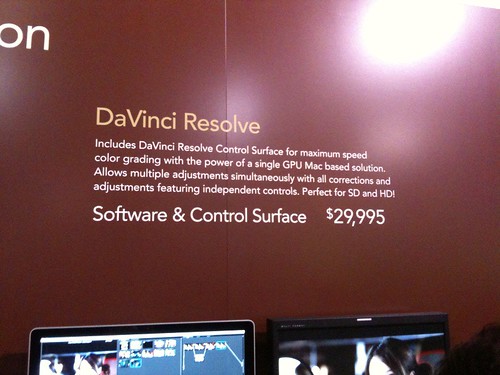 But you will be able to keep your new Resolve Mac a step above that Resolve Mac install down the street by adding an official DaVinci control panel. Part of that DaVinci power lies in that $29,000 panel. It is a cool beast with lots of lights, knobs, displays and a t-handle fader bar. It will allow for some real power when using this software since it is designed to make the system whole. If you only choose the $995 software version then you can also plug-in a Tangent Wave. Might there be Euphonix MC Color or JL Cooper support coming in the future? Maybe. And that $29,000 DaVinci panel with it’s many functions? A USB connection is all it needs. 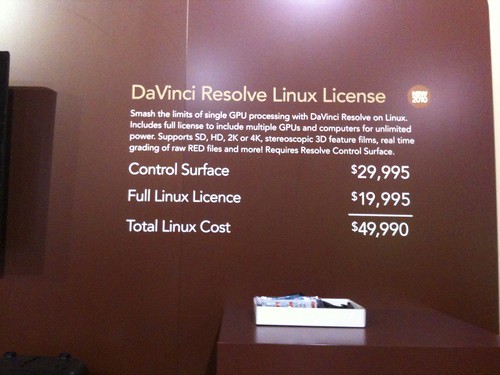 If you want to move up to the highest of the high end then the Resolve Linux version uses custom Linux hardware for even more realtime support. That’s been a DaVinci staple forever: realtime color correction. Oh, and if you buy the $49,990 Linux version which includes the panel in that price) you get a Mac license thrown in as well. With that you’d have a nice assist or conform station or another “low end” grading suite to complement your Linux version. I never thought I’d call anything DaVinci low end! 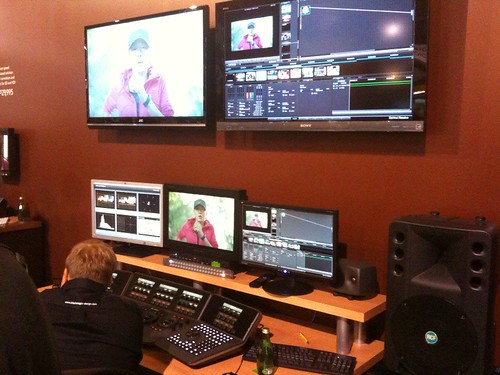 My bet is you’re going to see a LOT of these Mac Resolves popping up in post houses like dandelions in the spring. My bet is they will replace a fair share of Apple Color installs. And with Apple taking their own sweet time to update Final Cut Studio and Apple Color they will probably say good riddance. I sat through three Resolve demos at NAB 2010 and played with the demo MacPro version myself on two different stops by the Blackmagic booth. I admit I didn’t really know what I was doing (where are those Colorista or Color-like color wheels as I was twirling the trackballs?) but I could instantly see the advantages of realtime playback and advanced features over what is offered in Apple Color. In one announcement that FXPHD Resolve course just became the hot ticket in town.

You can almost think of Resolve Mac as being the Final Cut Pro of the color grading world. Suddenly everybody (and when i say everybody I mean small/boutique post-houses and one-man-band operations) will have a DaVinci Resolve color grading suite. There will be a lot more shops vying for those grading jobs. That Assimilate Scratch might not be the selling point that it once was. That good colorist is going to be all the more important.