When colorist Patrick Inhofer was first contacted by the filmmakers for the short film horror anthology website BloodyCuts.co.uk, he knew right away that he wanted to be involved. The Bloody Cuts team shares a love and passion for horror films and has presented the anthology online as a free web series. They contacted Patrick to help spread the word about their short films. 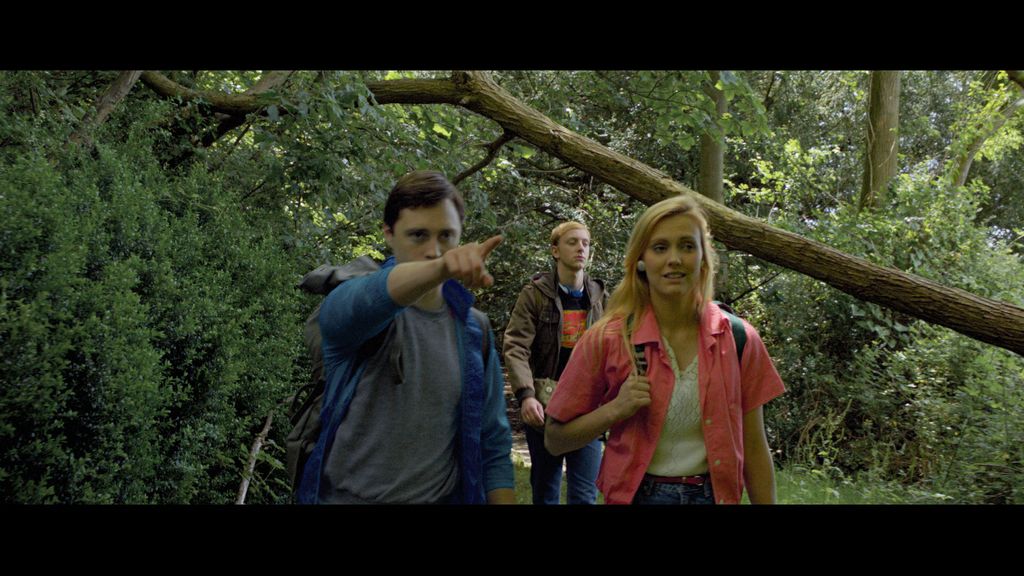 “They asked me to take a look at their fifth film, ‘Suckablood,’ and share it in my weekly newsletter if I could,” said Patrick.  “I thought it was a brilliant short.  I then watched the previous four films and could see a progression.  They were getting better and better with each one.  It was clear how talented they were, and I wanted to be a part of it.”

Patrick featured their films in his newsletter but he knew he wanted to do something more.  As an accomplished colorist, and the founder of the website Tao of Color Grading.com, Patrick realized that he could put his professional skills to work, both by grading their films and by using them to teach aspiring colorists how to grade using the latest developments in color correction.

“I struck up a deal with Bloody Cuts,” said Patrick.  “I thought they might be able to use a colorist, so I told them I would color their next film, ‘Dead Man’s Lake,’ if I could then use it to train other people on color correction.  They didn’t even hesitate before saying yes. This anthology series is designed to allow them to practice their craft and hone their skills and they were thrilled to allow the color grading community the same opportunity. And it’s helping them fund the anthology series which is all produced on a shoe string budget.”

Patrick’s software choice for the job was Blackmagic Design’s DaVinci Resolve 9 color correction software. And after their experience working with Patrick and DaVinci Resolve on ‘Dead Man’s Lake,’ the Bloody Cuts team has asked Patrick to grade the rest of their anthology series going forward.

“One thing I love about horror films is that you can do so much with them stylistically,” said Patrick. “There are a lot of sub genres. For color correction, the Bloody Cuts anthology is great because you’ve got all these different looks, and it’s always giving you the opportunity to try new things and to really push a project in one direction or the other.”

Bloody Cuts provided Patrick with several film references that gave him an idea of the look they were going for on ‘Dead Man’s Lake.’  One reference that piqued Patrick’s interest was the classic 80s horror film, Friday the 13th.

“When I pulled up Friday the 13th, the transfer I got was faded. It had some scratches, it had a little bit of dust, but it wasn’t overly so. It had exactly the look I wanted,” said Patrick.

Shot on an ARRI Alexa, ‘Dead Man’s Lake’ was shot Log C, which makes the footage look very flat, and was shot to ProRes 444, so the footage contained a great deal of detail.  According to Patrick, the challenge was to take this beautiful footage and make it look like a 25 year old film shot with lenses that aren’t nearly as good as they are today.

“Resolve was great for dealing with Log C footage and expanding out the contrast and color,” said Patrick. “The raw footage is not designed to look pretty to the eye, it’s designed to preserve lots of detail that’s useful in the color grade and looks terrific once expanded out.”

Patrick was able to find a couple of scenes in Friday the 13th that perfectly represented the look he planned to attempt in ‘Dead Man’s Lake.’  In DaVinci Resolve, he pulled in two reference frames, expanded out the contrast of the footage and chose the contrast range that achieved the base look he wanted by using a LUT.

One of the advantages to DaVinci Resolve that Patrick found useful was the multiple ways to apply a LUT, including on input or on the back end. But Patrick preferred to put the LUT into the color grading pipeline and do some grading both before and after the LUT.

“In this way, DaVinci Resolve gave me the best of both worlds,” said Patrick.  “It really allowed me to do some fine detail work.  How thick do I want my blacks?  When my blacks get to a certain thickness do I want them to start clipping out?  Do I want to preserve that detail?  Being able to work before and after a LUT allowed me to do all of that, so I had really nice, granular control over the image.”

After applying the LUT, Patrick’s next step was to “grunge up” the film.  DaVinci Resolve’s nodal architecture made this a simple process.  He created an initial shot balance, and then created another node that handled the shot matching.  After that, he built out the actual look through a series of nodes, and then took those “look” nodes and applied them to the rest of the shots in the film.

“If I’ve done my job right, at that point everything snaps together,” said Patrick.  “That’s something I love about DaVinci Resolve.  Because I’ve already done the base grade and shot matching, I apply the look on top of that, and then it’s just tweaks.”

Using Video as a Source

Part of the look Patrick was trying to achieve involved film grain, and with Resolve 9, he was able to burn the grain into the footage.  By pulling in the grain as a node and color grading it, he could then render it into all the source material.

“When I handed the final clips over to my client, all the footage had the grain burned into it, and they didn’t have to do anything to it,” said Patrick.  “They didn’t have to rely on an NLE to perfectly replicate what I did in DaVinci Resolve.”

There were also graphics and titles in the footage.  Using this same feature of Resolve 9, Patrick was able to pull in the titles and use transfer modes on the grain layer above the entire timeline.  He also added an additional node to enhance the look of film damage on the right hand side of the screen while slightly blurring a color channel under the sharp grain, adding to the overall feel that this short film had been shot with a 25 year old lens and sat on a shelf in a can without proper TLC.

At Patrick’s suggestion, the Bloody Cuts team used Resolve on set to render out their flat Log C dailies with a generic LUT to allow the post production team to properly see detail in the footage.

DaVinci Resolve made it easy for Patrick to link back to the Log C footage after picture lock and color grade. He then rendered out ‘Dead Man’s Lake’ as a single self contained movie file for Bloody Cuts to post online.  For archival purposes, he also provided them with a hard drive with all of the individual shots, color corrected and with the film grain rendered into the footage.

“This way, if they come back at a later point and they want to recut a trailer or do a slight re edit, they have all the shots as individual clips, color graded, and they have a timeline in a Premier Pro project that puts this whole thing back together,” said Patrick.  “One of the beautiful things about DaVinci Resolve is that it handles all of this. It gives me the option to provide both of those deliverables to my client.”

Patrick recently graded the seventh film in the anthology, ‘Death Scenes,’ released in December 2012 and the eight film, ‘Don’t Move’ will go into production in early February with a March release. Both of these short films will have been graded in DaVinci Resolve.

“It’s more of a mentorship than straight interface training,” said Patrick.  “You get all of the source material and the original XMLs, and most importantly, the essential element of working to someone else’s vision. I walk you through the entire process, everything we’ve just talked about. Literally shot by shot. And once you’ve done the training you can send me your Resolve project to review and via a Screencast I’ll give you personal, specific actionable feedback based on the initial direction given to us by the director of ‘Dead Man’s Lake.’”