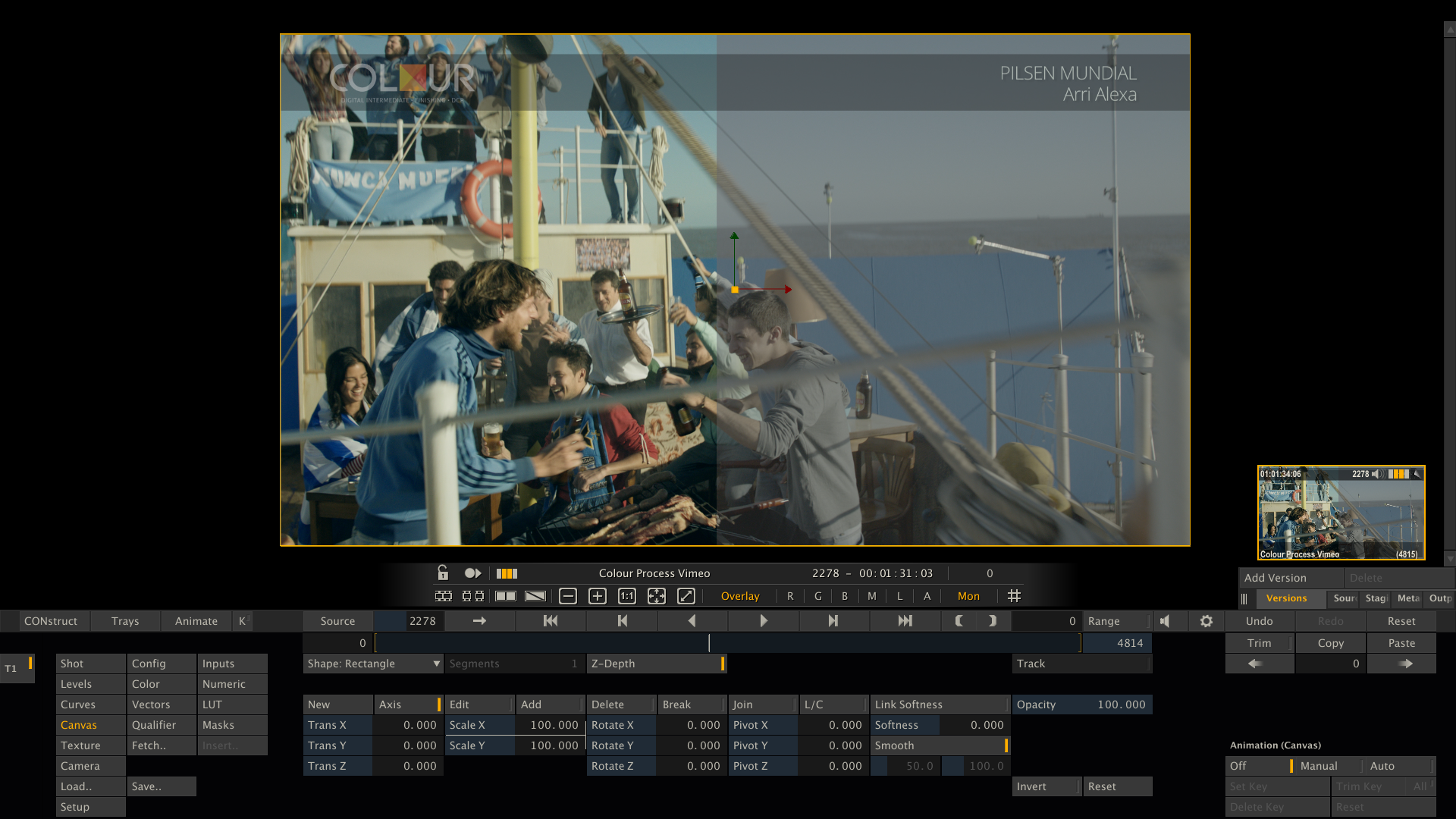 As the first post-production boutique in Uruguay, Colour Studio is much like their football (soccer) star Luis Suarez – up and running hard and fast (but fortunately they don’t bite!). After only two+ months of opening the doors, founders and colorists German Nocella and Daff Schneyder have pushed 45 projects through their post-production pipeline. Their projects span feature films, TV episodes, commercials, music videos, and even restoration.

In a recent interview, German and Daff discussed some of their projects, their digital workflow and tools, and their plan for success. Check out more from them at http://colour-studio.com

Q:  Tell us how you developed your DI workflow.

A:  (German) At another post studio, we both worked for over three years as colorists using ASSIMILATE’s SCRATCH in 4k workflows.  One of our major projects in 4k was the Uruguay-Argentina mini-series “Historias de Divan.” We became very familiar with the features and advantages of the software – real-time results, powerful end-to-end workflow, regular updates, immediate technical support, and the ability to easily work in any format.

Daff is also a VFX artist and I’m also a DP, which gives us an additional creative perspective for knowing what features we need for our DI tools and workflow.  For example, easy manipulation of meta-data for precision, immediate feedback to changes made on-the-fly, and comparison of multiple versions.

So based on our professional backgrounds and experiences, SCRATCH was a logical choice when building our own post studio. 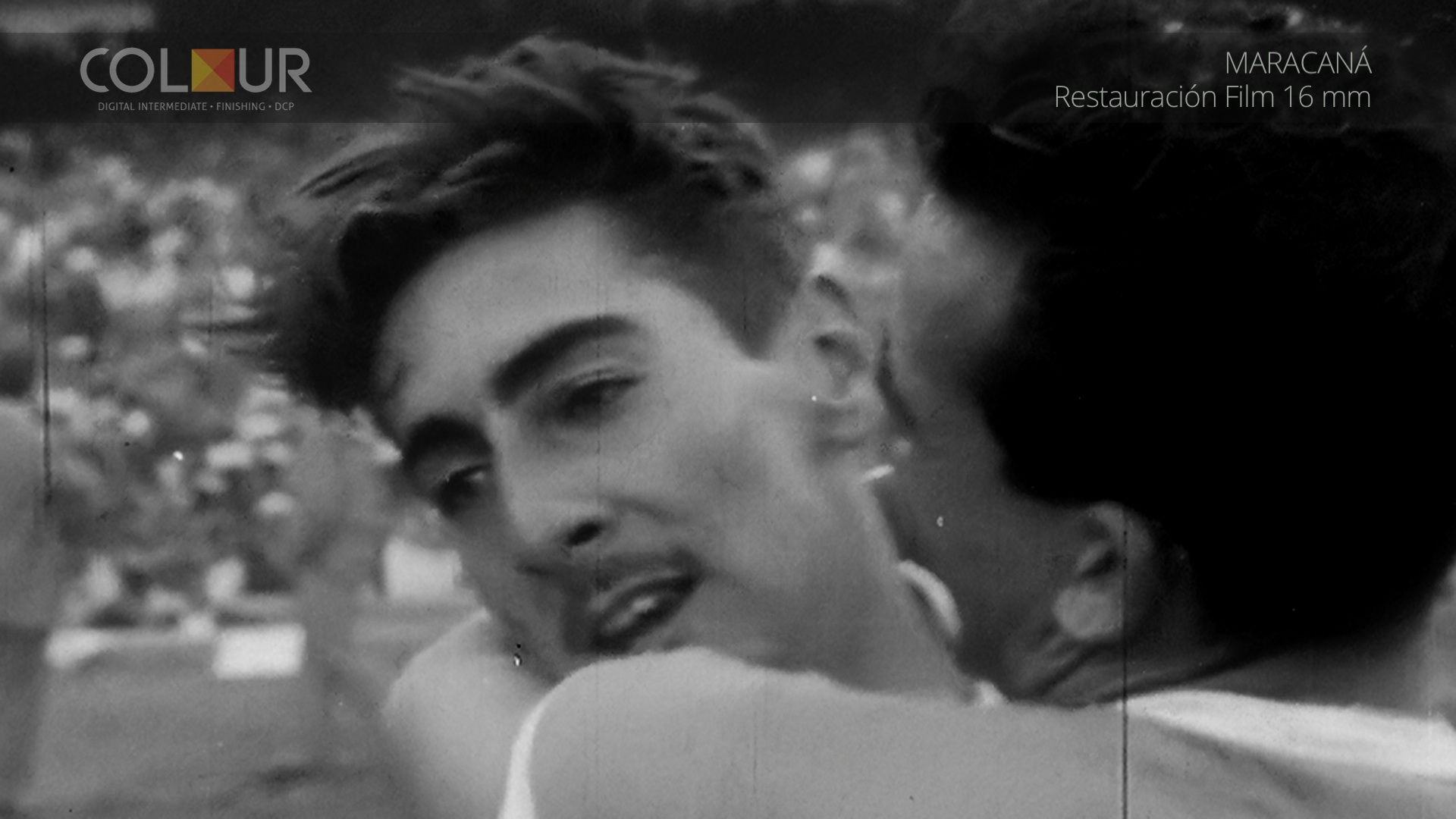 Q:  Are there other reasons you chose SCRATCH for your workflow?

A: (German) At our studio we were working a lot with RED files and we believe SCRATCH has the best reliability for working with RED RAW files and its multi-GPU debayering tool allows us to work directly with the native media in real time – no need for an additional RED Rocket card. But since it also supports virtually all camera formats – ARRI, Sony, Phantom, Canon, GoPro, etc. — we’re able to take on a variety of different projects. And the ASSIMILATE team always supplies a new codec as soon as a new camera is on the market.

We tried other tools and workflows and we’re hoping a free one would work for us, but we discovered that to be successful in our work we need a more powerful tool suite with professional-level color grading and finishing, as well as compositing. Also, once you learn the GUI, SCRATCH is a very user-friendly software. 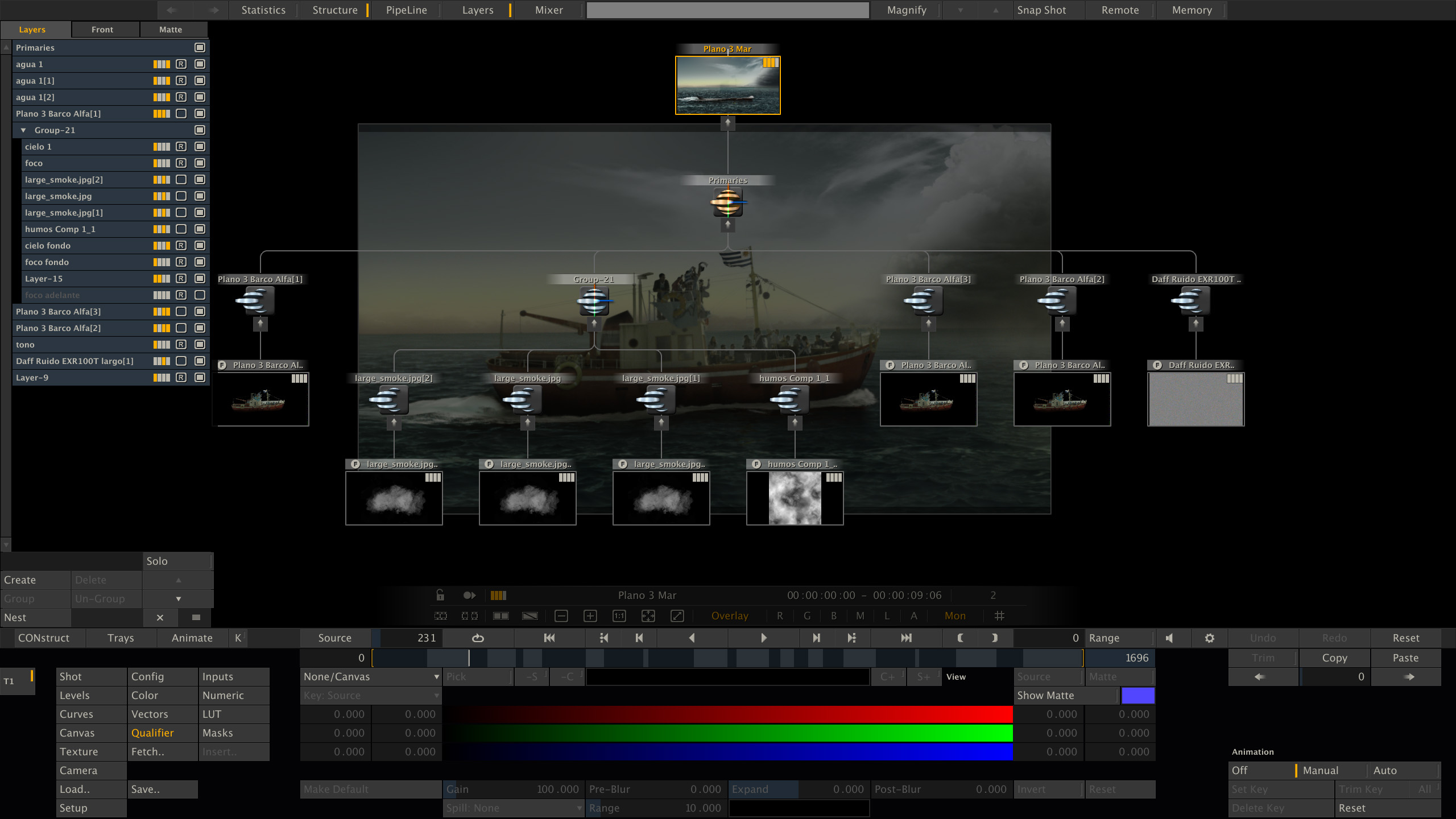 Q:  What is some of the work you’ve done for your clients?

A:  (Daff) We’ve done the color grading and finishing for several commercials, such as Coca Cola Latin America, Pilsen beer — one of the most popular beers in Uruguay – and a Pepsi spot that featured Luis Suarez.

One of our most demanding projects was the restoration of the black-and-white film documentary, “Maracanã” (1950), which depicts the 1950 World Cup final match of Uruguay versus Brazil in the Stadium Rio de Janeiro Maracanã. The stadium was the stage for Brazil’s defeat and, and the match became a national symbol for Uruguay –  showing that we may struggle but we have the spirit to overcome adversity. “Maracanã” has been the #1 film viewed in Uruguay this year and was featured at the 2014 World Cup. It was also shown at the Marché du Film at Cannes Film Festival in May.

We were working with a variety of old black-and-white film – 8mm, super 8mm, 35mm, 16mm — and archived TV video footage – VHS, SVHS, and BETA — that was in poor shape so we decided to work with DPX files, as well as ProRES 4444 for material in better condition.

To achieve a consistent look throughout the documentary, we created a color palette that would enhance the black-and-white hues yet stay true to the original vintage quality of the film. There was also a lot of noise and grain to remove.

SCRATCH performed very well for us in every respect – from the data management of many formats, color grading, versioning, and finishing tools – which allowed us to do precision work in the final grade and there were no issues with frame rates.

We delivered the final material in DPX and created a DCP version for distribution.

The documentary was produced by Coral Cine (www.coralcine.com) and can be viewed on their website.

For a Pilsen Mundial spot, the DP used the ARRI Alexa for the shoot and we built the first look of the film. Another studio built the 3D effects. We had two weeks to do the color grading, some of the compositing for the 3D effects and CGI, and the finishing.

In the review sessions with director Adriana Amejeiras, we were able to do the color retouching in real time, which was a considerable time-savings for us and her. Because we were working under a very tight schedule we consider it was a very successful test of our abilities.

You can see our color grading breakdown at http://vimeo.com/98937593, password: colour. 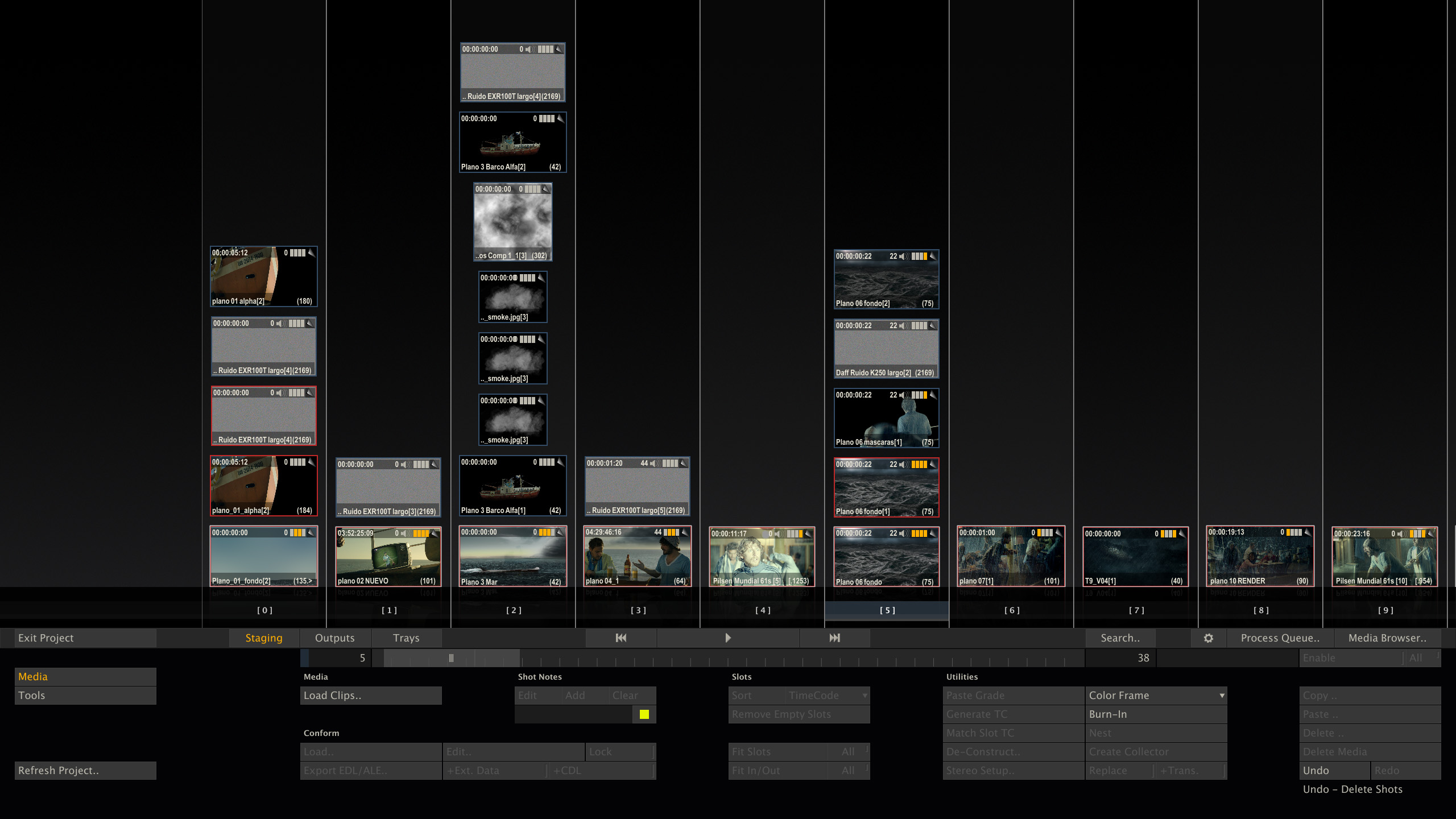 Q: What other advantages did you experience in your workflow?

A:  (Daff) The power and versatility of the SCATCH tools give us the artistic freedom to do our best work. The workflow is the backbone or hub of the pipeline, which allows creativity to be at the forefront, so we can work naturally as artists or painters in real time. We can spend more time experimenting with different versions to achieve the perfect end result.

The software is very stable and can handle anything, like different formats within the same timeline. We can push the limits of the RAW footage to get the most from it. 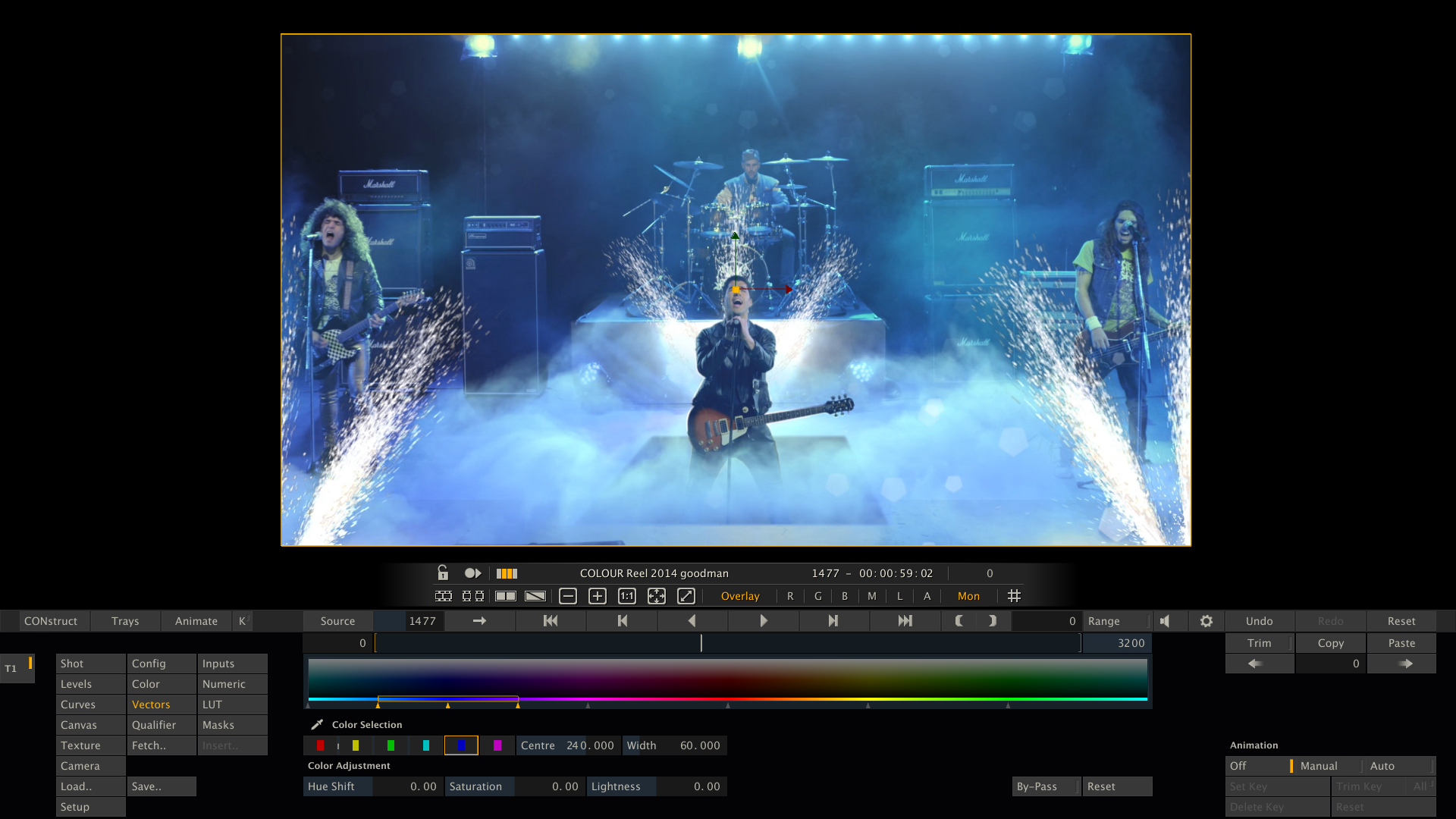 A:  We use the Mac.  SCRATCH handles ProRES files beautifully – a big advantage for us for online delivery of review files.

Q: Why do you believe Colour Studio is so successful in Uruguay?

A:  (German) We work more like an artist’s studio rather than a job shop, so we take the time with the details that “polish” a film, commercial, or whatever project we’re working on. We also feel that SCRATCH gives us an edge up on the market because we can do high-quality work in real time, with all the needed tools/features at our fingertips, to quickly deliver a superior end result.

Also, we’re using the most advanced digital tools, which give us the flexibility to work on-set for large projects or work in our studio. I often work on-set and will create the LUTS for a DIT. Client review sessions can be done in either location and we also use the SCRATCH web tools for remote reviews.

Q:  What else do you have on your plate?

A: (German) At the Escuela De Cine Del Uruguay I’m teaching cinematography for the second year. And both Daff and I are teaching color grading for the third year. Also, the school is having a film festival August 7 – 10.  Daff and I will be doing DI demos for the students and the attendees. We’re fortunate to have successful careers in filmmaking and working with the school gives us the opportunity to give back to the community by passing on our knowledge. 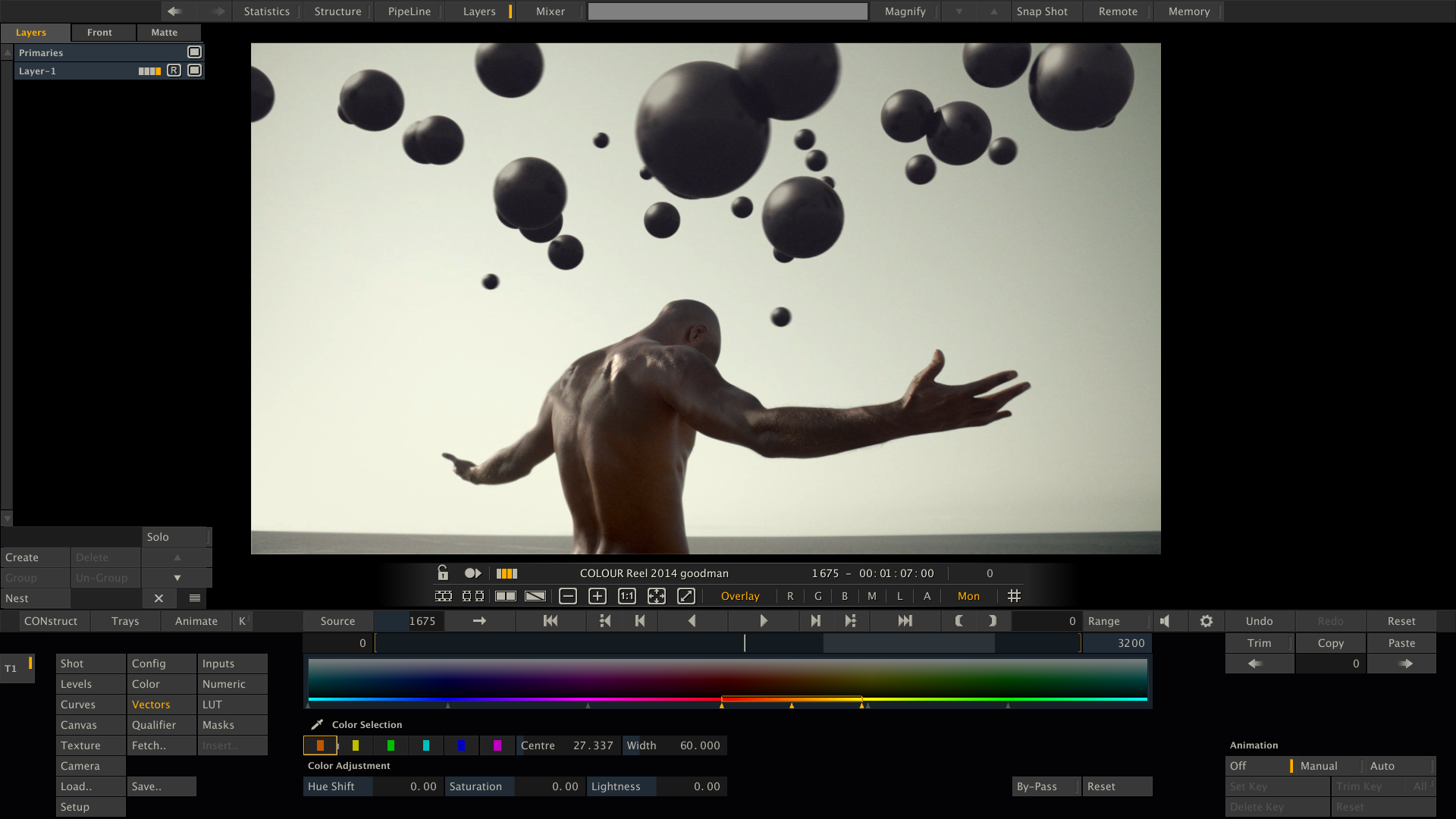