ColorFast 2 is a new color correction software that aims to simplify the coloring process for video editors. Working within the familiar interface of professional editing applications, ColorFast 2 features over 60 presets to achieve professional cinematic looks instantly, along with robust controls for precise color adjustments. 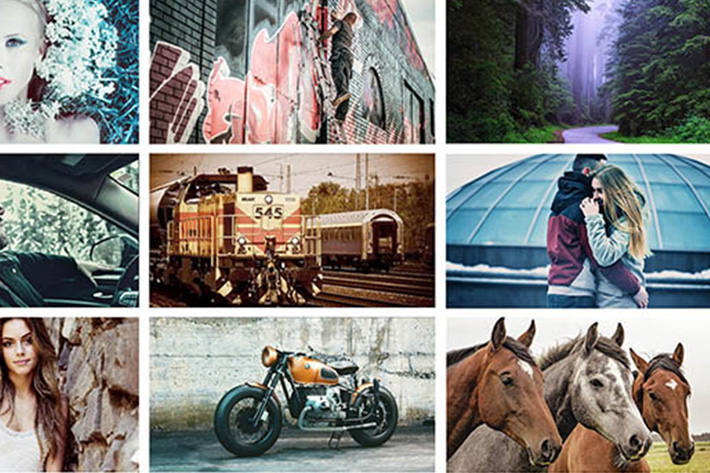 Recently released, NewBlue’s ColorFast 2 is an integrated plugin that streamlines both color correction and color grading in one simple workflow. With a variety of features geared for speed and efficiency, you can quickly fix exposure problems and create the look you want across your entire production.

The search for a color correction and grading solution never ends, and new products always attract the attention of people in the industry. While there is no “one size fits all” in this area, as there isn’t also in the other creative areas, something that should probably be accepted as a blessing, there is always some excitement when a new product, like ColorFast 2, arrives.

ColorFast 2, part of NewBlueFX line, is all about getting the most out of your footage. It features over 40 new preset looks, expanded controls over exposure, brightness and more, plus new skin and shape mask blending options, region scopes, as well as the new White Tweak, Hue and Output Correction controls. It’s the precise control you’ve always needed in a familiar interface.

Color correction without the complexity is something that you’ll hear the people responsible for ColorFast 2 mention multiple times. According to NewBlue, ColorFast 2 includes a range of features and controls designed specifically to bring out the full potential of an editor’s footage. It integrates both color correction and color grading in one simple workflow, allowing editors to perform primary and secondary color correction while protecting skin tones, isolating specific regions, and monitoring color levels every step of the way.

“I am thrilled to announce ColorFast 2, our most powerful and cohesive color correction plugin yet” explains Todor Fay, CEO of NewBlue. “ColorFast 2 offers several new features that come together to represent a cost-effective yet compelling solution for color correction and color grading.” 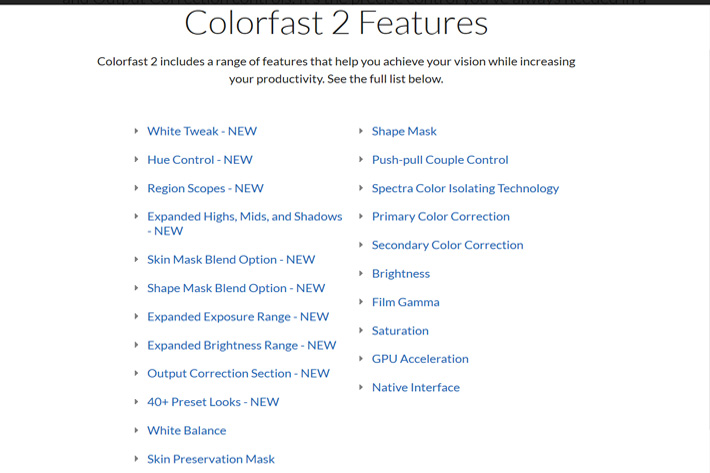 New Features of ColorFast 2 include: 40+ New Presets Looks Use one of the more than 60 included presets for quick and professional movie looks ranging from old school classics to modern stylized film. Pick a look and use it as a starting point or create your own and save it for future projects.

Top Features of ColorFast 2 include:

ColorFast 2 is now available for $99 ($89 during special introductory offer period). Existing ColorFast 2 users can upgrade for $49 USD. Although NewBlue has demo versions of some of its software there is none of the ColorFast 2 available on its website.