A recent video from Philip Bloom shows Las Vegas filmed in infrared with a modified camera. If the research and development team, which includes Olympus, of a new sensor manages to go from prototype to full commercial product, the same camera will be able to do both color and near infrared. Simultaneously! 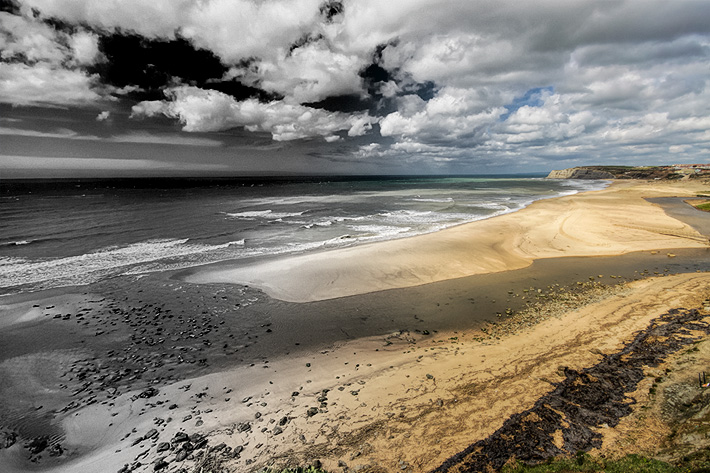 Olympus participated in the development of a new imaging system for simultaneous acquisition of color and near-infrared images, using only a single image sensor. No more need to modify a camera if you want to shoot NIR photos or video.

With the advent of digital capture systems, photographers soon discovered that with a modification of their cameras, usually by removing a infrared blocking filter, they could see the world in the same way as with some film emulsions, like the Kodak HIE for black and white infrared. Many old digital cameras have been transformed so as to offer that vision, and the process continues to be used, as Philip Bloom’s video of Las Vegas shows. Bloom used a modified Sony RX100 IV  at 250fps 2 second burst mode with a 665nm filter.

The video published by Philip Bloom has a destination link where it is possible to read more about the experiment, which is, in fact, more of an ongoing creative experience. In fact, Philip Bloom writes that “I own three cameras now which have been physically modified by companies to shoot infrared. They have all had the infrared blocking filter replaced with an infrared passing filter of different strengths. My first camera to be modded, well over 2 years ago, was one of my Canon 5DmkIII with a 720nm filter in it. The second camera was a Sony RX100 II with a “super colour” 590nm filter. After loving the results of this little Sony, I wanted to get better video so I temporarily popped out the IR blocker from my Blackmagic 4K production camera. The results were good, but the camera is cumbersome and I also REALLY wanted super slow motion, so there was only one option…I needed to mod another camera.”

You can read the whole article following the link under the YouTube video, on YouTube, or directly from here.  One more note, though, about this Las Vegas video. Philip Bloom says it was “mostly shot from a moving vehicle creating a surreal study or a surreal city all set to one of my favourite pieces of music, Beethoven’s 7th Symphony 2nd Movement”, with “additional colour work done with Film Convert.” 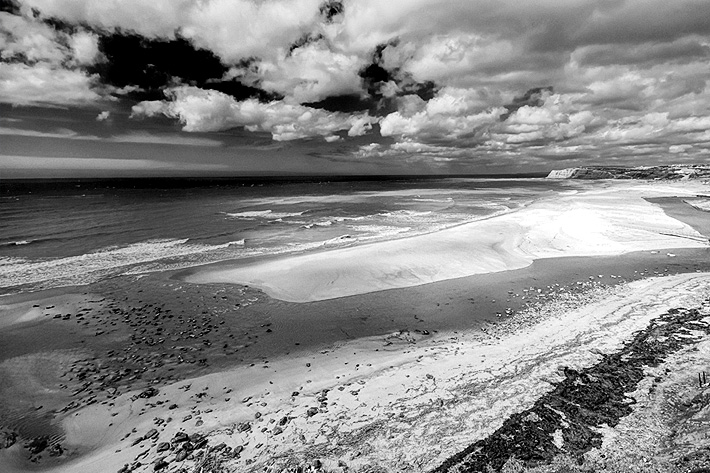 Every now and then I get asked “why?” or “what’s the point?”, says Philip Bloom. He adds that “well there isn’t ‘a point’ as such. These are my experimentations and I find infrared fascinating. This is creating, without sounding too pretentious, ‘art’. After all what is the point of art? For me it is to fulfil a creative desire in me and give me pleasure (not that sort of pleasure!) This does. It is so different to what I am used to and gets my creative juices flowing. That is ‘why’!”

Well, in the near future it may become easier to try or use regularly infrared.  Professor Masatoshi Okutomi, from the Department of Systems and Control Engineering, School of Science,  and researchers at Tokyo Tech and Olympus R&D have developed a new imaging system for simultaneous acquisition of color (RGB) and near-infrared (NIR) images using only a single image sensor. The new system will be demonstrated this month (from June 26 until July 1) at the IEEE Conference on Computer Vision and Pattern Recognition (CVPR2016), in Las Vegas, under the tile “A Real-Time RGB-NIR Imaging System Using a Single Image Sensor”.

Although there have been some variations on the disposition of colour filters, commercially available compact and low-cost color digital cameras acquire single-sensor color images with a color filter array (CFA)— an array of R, G, and B filters overlaid on the image sensor, which presents data as a mosaic (see image above). A set of image processing algorithms such as an interpolation process of the mosaic data called demosaicking, and color correction is performed to acquire a full-color image. In this way, current color cameras realize low-cost and easy-to-use color image acquisition.

In recent years, many applications using a pair of color (RGB) and near-infrared (NIR) images have been proposed by computer vision and image processing communities. With this background, the group of Masatoshi Okutomi at Tokyo Tech and researchers at Olympus R&D have developed a prototype of a new imaging system for the simultaneous acquisition of RGB and NIR images using a single image sensor.

The result, still in prototype, is a system based on a novel CFA that contains both RGB and NIR filters. The arrangement of the new CFA is shown in the image above, where “N” represents the NIR filter. The researchers have also developed an image processing system that can execute sets of image processing algorithms, such as demosaicking and color correction, in real time.

According to the information available, the new system can acquire and display high-quality RGB and NIR images simultaneously at 60 frames per second (fps). Since the new system can provide users with a practical solution for simultaneous acquiring both the RGB and the NIR images, it is expected to open up a new range of applications in many fields such as remote sensing, security, robotics, agriculture, and medical imaging, where the NIR information is useful. But as photographers and videographers also want to play with NIR, it makes sense to expect this sensor to appear in some camera models. Then there will be no more need to modify a camera, and the options in terms of creative work will expand.

I just watched the “live” Apple event. No Mac computers were announced today. However, the new iPhone 13 Pro...