This camera, according to Panasonic, is designed especially for film production. The LUMIX S1H is more than a mirrorless camera from Panasonic. Oh no, this camera, which was only teased at Cine Gear Expo 2019 and under plexiglass, appears to be feature rich and built for success in Panasonic’s portion of the mirrorless market they have carved out for themselves.

The LUMIX S1H is the world’s first camera capable of video recording at 6K/24p (3:2 aspect ratio), 5.9K/30p (16:9 aspect ratio), and 10-bit 60p 4K/C4K, and it combines the video quality of a professional camera and the high mobility of a mirrorless camera.  With this new model Panasonic now offers three choices in the LUMIX S series: the S1R, the S1, and the new S1H. The LUMIX S1R is ideal for capturing high-resolution images, while the LUMIX S1 is an advanced hybrid camera for high-quality photos and videos, and the LUMIX S1H is designed especially for film production.

To many customers, the new S1H model suggests the Panasonic is not afraid to have a mirrorless camera marketed along-side the Panasonic EVA1 or VariCam LT. Personally, I think many are missing the point between a dedicated video camera like either the EVA1 or VariCam LT versus the Lumix S1H. To me, the Lumix s1H is a companion camera which can breakout on its own during long production shoots if needed. If I was a dedicated Panasonic shooter, and their cameras definitely seem ideal for Doc / News work, then a Lumix S1H would be my “B” or “C” camera in my kit. In many ways, this is exactly what Sony or Blackmagic have done, just with fewer features in their smaller less expensive camera options

Things to think about with the news of Panasonic’s Lumix S1H. Panasonic went on camera and called the S1H a 10-bit camera but did not give specifics in person while they do state the camera will be 10-bit at 4K online. I also talked to other video shooters reporting at Cine Gear and we all ran into a little bit of confusing details coming from Panasonic. I say we wait and see exactly what Panasonic decides to put into the Lumix S1H. At the least, this will be a popular camera for those wanting to drop $4,000 for the S1H. 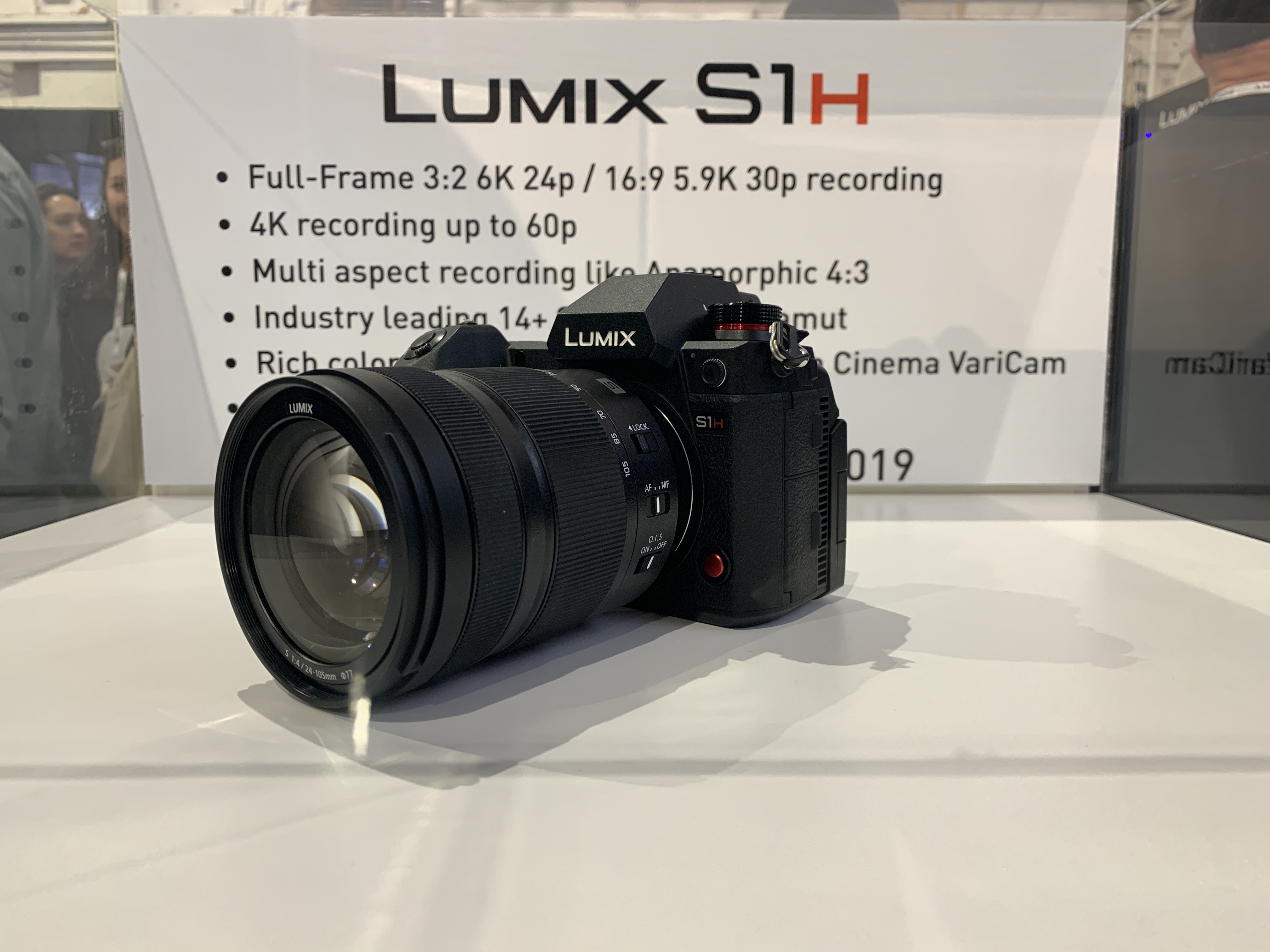