In just 5 minutes you get enough juice to fully charge a iPhone 5 on-the-go! A DSLR or drone take a little bit more time. 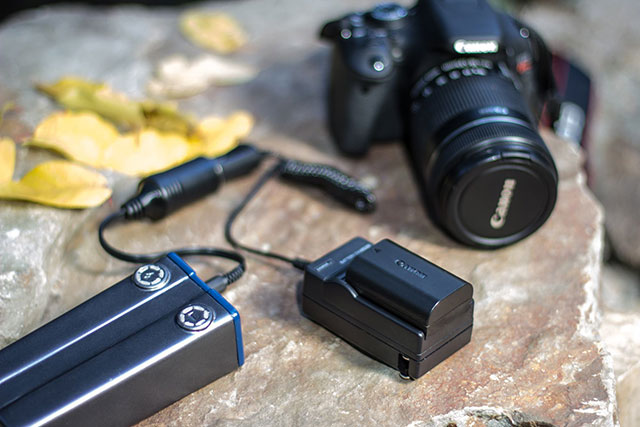 The fastest charging portable battery pack will be available in 2015, after a Kickstarter funding campaign that will end in a few days. The support to the Pronto battery pack idea was lightning fast.

The aptly chosen name says it all: Pronto! Pronto, which is a word used in my language (Portuguese) comes from the Latin, where “promptus” means, “ready”, but also ”done”, suggesting something that is done quickly and can be used immediately. We also use it ans an interjection – like “Pronto!” – to mean we’ve just finished something quickly. That’s what Pronto wants to offer, Pronto is the newest invention from the same people who gave us other equipments related to energy. Pronto is, to say it in a simple way,  a battery pack designed to store power fast so you can ditch the wall outlet and recharge your gadgets on-the-go! They ended with a design that allows the Pronto to charge up to 12X faster than other batteries on the market today.

Power Practical, the company behind the Pronto, went to Kickstarter for funding, and with just a little more than a week to go they are comfortable with the support received to now: more than $300.000 from a $50,000 goal. Their previous experiences at Kickstarter may have helped, as Power Practical have created some other interesting tools related to the use of energy and use Kickstarter to make the dreams come true.

The Power Pot, which uses patented thermoelectric technology to create electricity from excess heat while cooking, is a good example of Power Practical at work. The beauty of the PowerPot is that you can turn any fuel source into power for your mobile devices. Wherever your adventures take you, all you need is fire and water to keep charging. 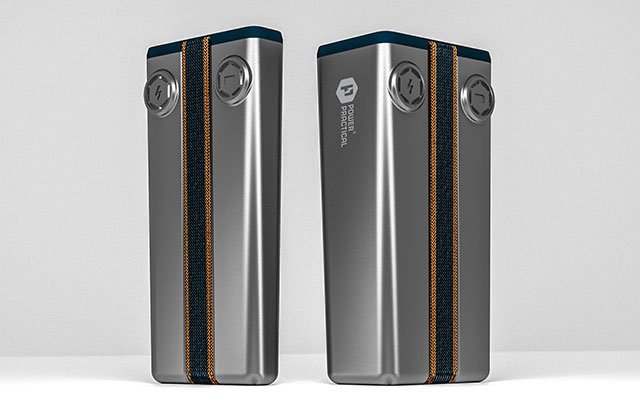 What started as an idea between two friends about how to charge cellphones in the backcountry grew into a successful company that has shown a strong commitment to solving energy issues in developing nations. After successfully funding the PowerPot on Kickstarter the Power Practical team set up a production facility in Salt Lake City, Utah to build PowerPots and went on to create more power products. Today their product line includes the Practical Meter which provides real-time feedback about the rate at which cellphones or USB devices are charging; the Lithium 4400 battery pack which allows you to charge USB devices on the go; and a large version of the original PowerPot – the PowerPot 10 – which generates double the power of the original PowerPot 5.

Their new product is the Pronto, served in two versions: Pronto 5 & 12. Both boast a faster charging speed than any battery bank on the market and are able to draw and store enough power from a wall outlet to charge an iPhone 5 in just 5 minutes. Both battery packs come full loaded with a long list of features. 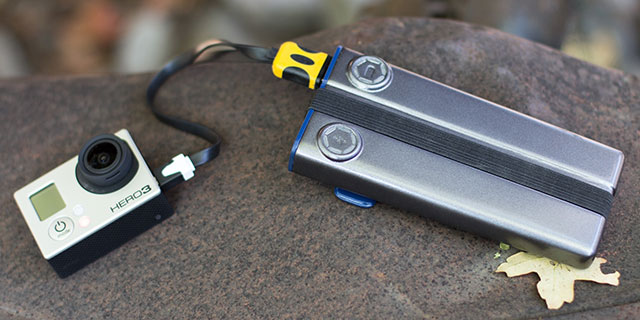 The Pronto 5 stores power up to 5x faster than other universal battery packs (25 Watt input). In just 1 hour of charging, you will have enough juice to recharge your smartphone 2-3 times! The Pronto 5 has a sleek design – small and rugged enough to carry with you anywhere. It is exactly how portable power should be: quick, portable, and dependable.

The Pronto 12  stores power up to 12x faster than other universal battery packs (60 Watt input). In just 1 hour of charging, you will have enough juice to recharge your smartphone up to 9 times! The 12V output is even capable of charging larger devices such as laptops, DSLRs, and even drone batteries! The Pronto 12 will be your go-to solution for all your portable power needs.

To find more about the Pronto and other products visit www.powerpractical.com.