The true barrier to cinematography success isn’t youth-it’s experience. Here’s what a budding DP needs to know about building a career. 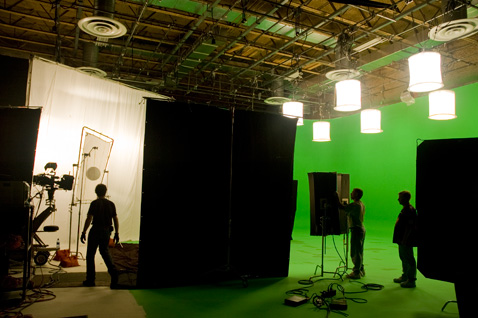 This is my response to a question posted to the Cinematography Mailing List by a young film student who is chafing at the bit to be a director of photography as soon as possible.

(To read this thread go to Cinematography.net and sign up for the CML-Chat list. If you’re a film student I’d recommend signing up for any list that interests you, and even some that don’t, particularly CML-Students-where you can ask questions without fear of being trolled for posting beginner questions to the wrong list.)

What everyone else has said so far is true [to the series of responses posted prior to mine]. I’d add:

There’s a very big ASC DP who, when they started out, did work that made me cringe. Over time they got better and better, did bigger movies, and really polished their craft. I once asked someone what it was about this person that allowed them to essentially learn on the job. “They are the nicest person you will ever meet” is what I was told. I later met them, and they are.

(2) You must exude confidence. Not arrogance; that’s different. Over time you’ll acquire what I’ve heard people call “set presence.” This will come with experience, when you’ve been thrown into a lot of crazy hopeless situations and learned to dig yourself out.

(3) Be nice to everyone. You never know when today’s PA will be tomorrow’s producer. I just got hired onto a job by a guy who used to be in business development for a production company I still work for. He’s moved on, and when he needed a DP he remembered me from the shoots I did for his old company where he came along to shoot stills. Apparently he liked my work and I was nice to him as well.

(4) Find good crew who can support you. Gaffers, camera assistants and key grips generally work more often than DP’s do and see a wide variety of situations sooner in their careers. Surround yourself with good people, tell them what you need and let them tell you how they would do it. There are times when you’ll know better than they how achieve a specific effect, but that won’t happen immediately.

I don’t want to tell my gaffer exactly how to hang what light where; I want to tell them that I need a certain amount of light from a certain angle that’s a certain color and quality and let them figure out how to get the light there and which one to use. Sometimes I’ll make suggestions because I want something very specific but otherwise I’ll let them do their job, because they do nothing but electrical work and they’ve done more than I have. (And then I watch what they do and learn.)

This is a great way to keep a crew engaged. We all get into this business to be creative, so the more creativity you allow your crew the happier they will be.

The corollary to that is that you must have a crew that listens to you and doesn’t have their own agenda. A gaffer who thinks they can do your job better than you can is no good to you. You must have crew that follow your lead, and you must have the confidence to allow them to contribute as long as they are moving the project in the right direction.

It takes a lot of confidence to allow your crew to take your ideas and make them better, but that’s the way the film business works. (Or should work.) You’re doing that for a director, so you might as well let your crew help you as well.

Another way to think of it is this: I don’t have to have EVERY lighting idea, but I do have to decide which ones are appropriate. And those are the only ones that reach the director’s ears.

(5) Thank your crew often and sincerely. This goes a long way.

(6) Don’t take everything personally. There are some directors and producers that you’ll work with who are wonderfully collaborative and you’re all on the same level; there are others who will drive you insane and after the job you’ll walk away thinking that you’re completely incompetent and maybe accounting is a better career choice. It happens to everyone; just keep going.

(7) Be helpful, but not too helpful. There are times when you can see the train wreck coming but the powers that be get tired of hearing about it. Sometimes you can’t save people from themselves, and trying to do so will simply make things worse. If I see a problem coming I’ll tell people once, but I’ll be very clear that one time about what I see as a problem. If they choose to do something about it, great; if not, then when the time comes I’ll try to save them.

For example, I used to tell one director that the ten page shoot days he always planned were optimistic with the crew and budget that we had, and he hated hearing that. He also hated tearing pages out of the script but he had to do that nearly every time we shot because he didn’t have the money to go along with his ambitions. Over time he resented my telling him in preproduction that we were going to have a bunch of overtime, so I just stopped. We still had a bunch of overtime but he was somewhat happier not being reminded of his mistakes.

I really only get frustrated by incompetence on freebie shoots where I’m trying to build my reel, when it wastes my time. On paid jobs I make the same money no matter how organized or disorganized the project is, so no use getting bent out of shape.

The exception to this is safety. I get assertive very quickly as the odds increase that someone will get hurt.

(8) Don’t give your talent away unless doing so helps you directly. I get asked to shoot a lot of freebie short films and low budget features, and I turn nearly all of them down. I don’t need that kind of practice anymore and almost every single script is awful anyway. I do shoot a lot of spec spots with a couple of talented directors and we all get something out of the experience, so it’s completely worthwhile. If you’re going to shoot for free-and at the beginning of your career you’ll do a fair amount of that-then make sure you’re going to get something tangible out of the experience. Usually this means footage for your reel. Learn to assess when you’re going to be working with a team that can deliver. If the producer and director can’t pull off their end of things then no one will win.

(9) Don’t fall into the film school trap of thinking that the ideal shoot consists of you and your friends making films as a “family”. I hear this so often it now makes me physically ill. I don’t want to be part of a filmmaking family; I want to go to work with professionals who are all good enough at their jobs that they can do them and be pleasant at the same time. You’re not on set to party or hang out with friends; you’re there to work. You’ll become friends with some of your crew, and hopefully you’ll get along with all of them. Filmmaking can be stressful, and those who can’t handle the stress usually get weeded out. The rest are usually quite nice to work with.

Over time you’ll have your favorites and you’ll ask for them by name. They may or may not be friends, but when you see their names on the call sheet you’ll get a warm fuzzy feeling because you know they’ve got your back and you’ll all do good work.

(11) You’re not too young to be pursuing your goals, but you’re also not experienced enough. That’s the difference. And the only way you can get experience is to gather it over time.

One young crew member recently asked me how I learned to do what I do, and I told him I’d been doing it 20+ years. “That’s it? You’ve just been doing it a long time?” he asked. “Yup.” He HATED that. But it’s true. That doesn’t mean that you won’t be able to do good work for another two decades, just that you will most likely be doing very good work after two decades of working in the film biz. I’ve done good work in one way or another for a long time, but the more I do it the better I get. It’ll work that way for you too.

Your results may vary, but experience is the key. Age usually comes into play because it takes a while to accumulate experience.

Don’t take jobs you know you can’t do. Do take jobs that stretch you. Learn to know the difference. There’s nothing wrong with shooting something you’ve never shot before as long as you can figure it out. (CML is a great resource for that.)

(12) Don’t be afraid to work your way up. Those who start as DP’s don’t get to learn by watching others work… and make mistakes. The best mistakes to learn from are the mistakes others make. (You’ll make plenty of your own, though. We all do.) At the same time, don’t rely on others to move you up. That can take a long time.

Art Adams is a DP who, as a youngster in the film industry, wanted to do too much too quickly… and generally succeeded. His website is at www.artadamsdp.com.