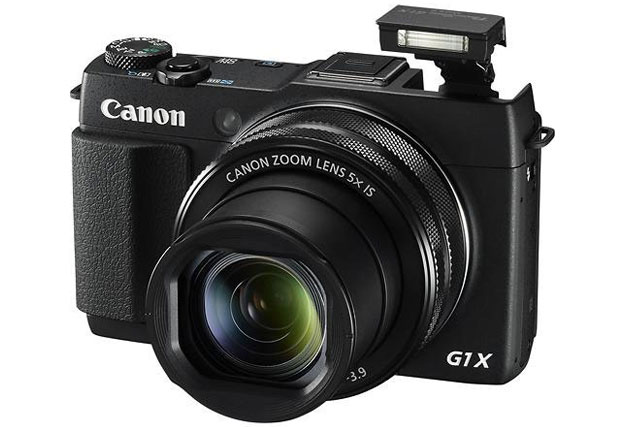 It is doubtful that the new PowerShot G1 X Mark II makes anyone jump ship, but it surely will attract Canon users, and convince them that a compact camera can be an interesting option when carrying a DSLR is not a must. Also, this compact camera, with a  new type of 1.5 inch CMOS sensor, that is 4.5x larger than a 1/1.7” sensor found in professional level point-and-shoot cameras, can produce high-quality images with a wide dynamic range, states Canon, suggesting the camera might interest those looking for a portable substitute to their DSLR, without a – big – compromise in quality. Even beyond the Canon community… 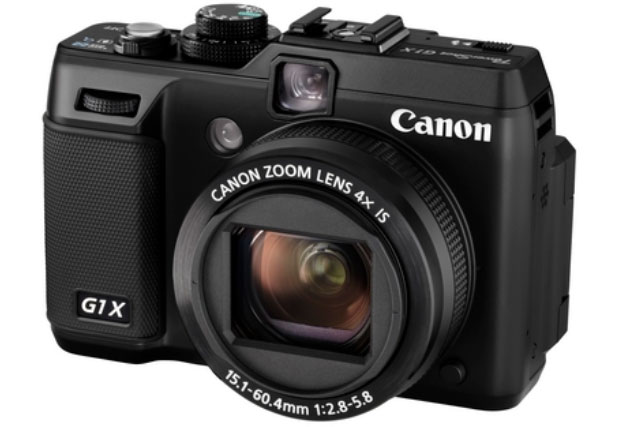 Some will complain that 12.8 Megapixel is so much “old school” that it makes no sense, while others will say otherwise, and prefer less pixels and… less noise. It is hard to satisfy everybody, and as the original PowerShot G1X showed, when launched in January 2012, a camera is always a compromise. The new PowerShot G1X Mark II is such an example, launched without a viewfinder, with the promise of an external adaptable electronic viewfinder that will, again, divide opinions.

There's a good reason for this: Canon decided to give the camera the chance to change between 3:2 and 4:3 ratio, and that was incompatible with an optical viewfinder, or better, the tunnel like viewfinder from the original G1X, which, anyway, was not worth the effort. In fact the tunnel like viewfinder from some compact cameras – like the Canon G series – is almost useless, so an EVF might be a better option. I dislike EVF, but I do think I prefer them to the solution implemented in the first G1X.

When last October I wrote here at PPC one article about the future of the series (please read  “Will Canon Ever do a PowerShot G2X?” ) there were no material signs that Canon would go in this direction again. The launch of the EOS M suggested that maybe the G1X was a test not to be continued, but it does seem Canon thinks otherwise. Although the final name for the camera is not G2X but G1X Mark II, the level of improvements does suggest Canon not only listened to critics of the first model but also intends to continue in this direction. And maybe give up the EOS M series, that although offering interchangeable lenses has not been a success.

A Lens With the Right Size

Curiously this compact camera departs, somehow,  from the G series shape, with a body that gains the looks of the EOS M. The lack of a viewfinder contributes to that, obviously, but there is more to it. But this is a EOS M “look-alike” that offers a more balanced experience, as the lens,  a f/2.0 – f/3.9, 5x optical zoom (equivalent to a 24-120mm zoom range) has the right size for the body. This camera is  great to take everywhere, with a lens coverage that is enough for most subjects and similar to the lenses used by many in the mirrorless community. Lenses bigger than this become ridiculous on the small body from many of these cameras, besides creating ergonomic and balance problems. Look at the image of an EOS M with a long lens, published here, and you'll understand what I mean. 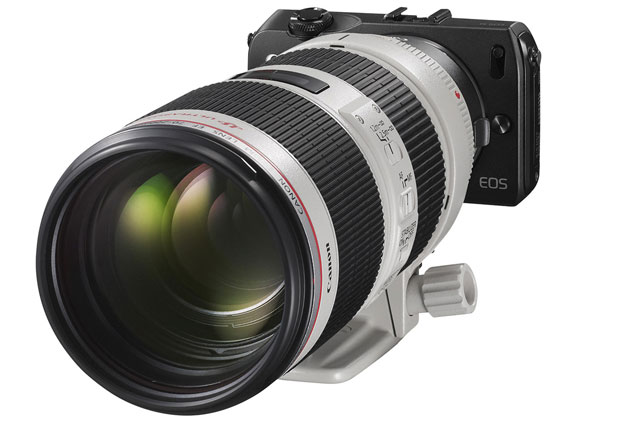 With a long lens, the compact bodies of some mirrorless look ridiculous, besides creating ergonomic and balance problems

So, the PowerShot G1 X Mark II  may be a good package and a good DSLR companion for a Canon user. It will offer the same logic of interface and controls and probably results in the same vein.  The “wish list” for a new G1 included a larger zoom, better macro performance and better AF. It seems Canon has delivered; the zoom in the first G1X was zoom lens 28–112 mm f/2.8–5.8 and for this new version it is a 24-120mm f/2.0 – f/3.9. When it comes to macro, the original 20cm of close focus distance (not really macro) are down to 5cm, a distance which may offer some interesting possibilities. When it comes to AF, Canon has moved to 31 AF points from the 9 Af points in the first G1X, and also states that the camera is faster due th to the use of their HS SYSTEM. How much faster is still, at this moment, a question many people are asking.

The PowerShot G1 X Mark II camera is equipped with built-in Wi-Fi technology, so users can share still images and videos online quickly and easily using compatible mobile devices. Using the Mobile Device Connect button, users can connect to a smartphone, a tablet or a Wi-Fi enabled computer. Connection to the computer is easily done using Canon iMAGE GATEWAY2 through the cloud.  For even easier connectivity, the PowerShot G1 X Mark II camera introduces Near Field Communication (NFC) – a first for Canon’s G-series cameras – so transferring photos to a compatible Android device can be simple and intuitive. This digital camera’s new remote shooting feature also allows the user to sync the G1 X Mark II with a smartphone or tablet and utilize the shutter, optical zoom and self-timer features from that device. 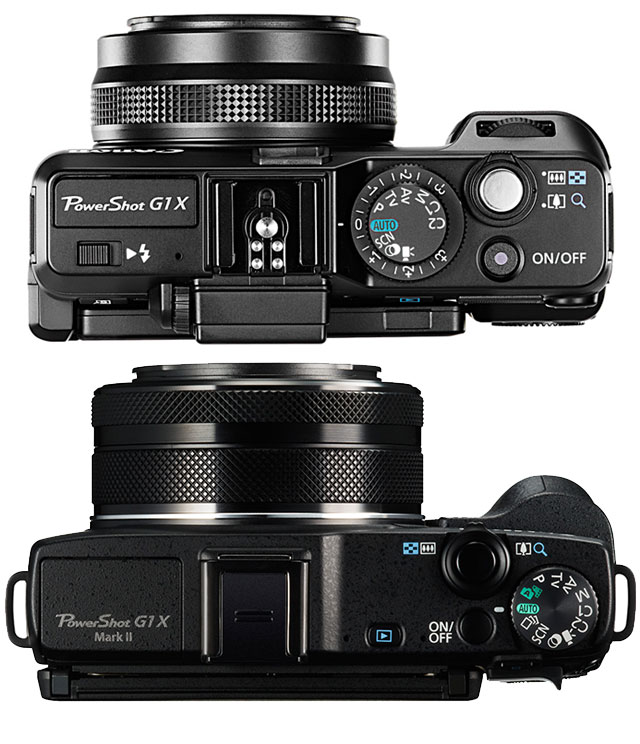 With a bright, capacitive touch, three-inch tilt LCD on the PowerShot G1 X Mark II camera helps provide flexibility in shooting by tilting 180 degrees up and 45 degrees down, something many will appreciate. Many of the usual functions in PowerShot models are present, and the PowerShot G1 X Mark II camera is also compatible with Canon’s new optional electronic viewfinder that mounts to the hot shoe. A new optional grip will also be available. These accessories are ideal for photographers looking for the feel of a DSLR camera with the portability of a point-and-shoot camera.

The PowerShot G1 X Mark II camera will be available starting in April for a retail price of $799.99.