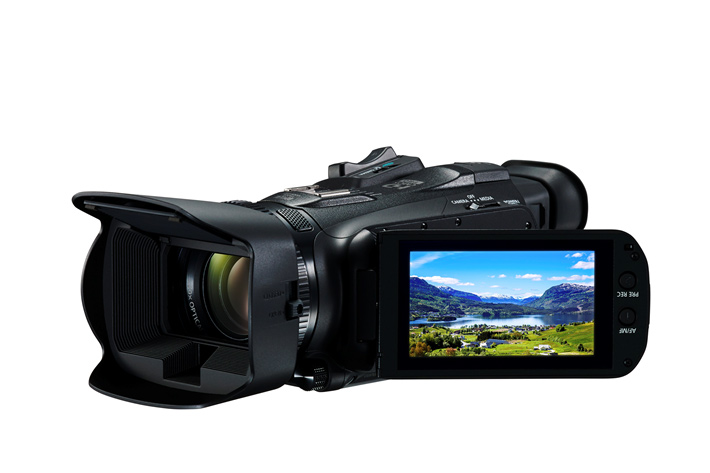 Announced as the camcorder to satisfy video enthusiasts’ creative needs, the new LEGRIA HF G26 has some interesting touches, such as a professional grade zoom rocker, among other features. No 4K, in case you asked, it’s only Full HD.

This new camcorder is revealed right after Canon announced its 2017 year end results and, before looking at this model of video camera, which is, again, Full HD and not 4K, it may be a good idea to check the numbers. According to the info available, “results for the company were extremely positive with new business units bumping up Canon’s overall sales nearly 20% and their operating profit by a significant 44.8% to 3 billion USD.” Even the camera division, which many say is going down, grew despite the declining market. Canons’ report indicates that “In Imaging, where we particularly have a greater importance, Canon posted a year on year increase of 3.7% increase of sales in a declining market, and an increase of 22% of operating profit to 1.6 billion USD.”

The numbers might explain why Canon continues to not follow some of the market trends and stubbornly, according to some, introduces Full HD models of camcorders instead of moving all production to 4K. It may also explain the slow move to mirrorless, which will probably see new models during 2018.

The new LEGRIA HF G26 is a new example of Canon delivering the camcorder model they believe – and the numbers suggest they are right – the public wants. The camera is said to take filmmaking to the next level, offering video enthusiasts and filmmakers the tools to capture exceptional Full HD 50p footage for all creative pursuits. Featuring a 28.8mm wide-angle lens with 20x optical zoom, superb optics, low-light capability and 8-blade circular aperture, which can create beautiful circular bokeh effects, according to Canon, the new model offers a range of cutting-edge features that videographers of all levels will appreciate. 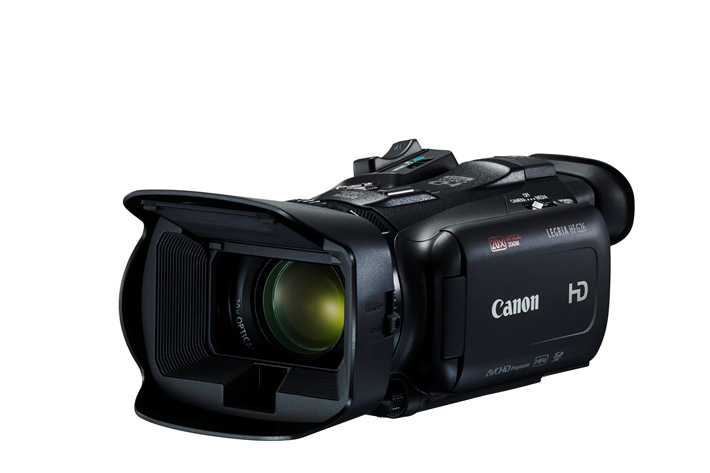 The Intelligent Image Stabiliser (IS) compensates for 5 axes of camera movement, which is crucial for steady filming whilst on the move and capturing shake-free smooth footage even at extreme zoom, thanks to Powered IS. To support Full HD clarity, the LEGRIA HF G26 features Instant Autofocus for the rapid and precise identification of the subject position and distance. Capturing pin sharp Full HD video has never been easier.

Nothing seems to have been left out in terms of the technical department, to make the LEGRIA HF G26 a camcorder able to capture more than “family moments”.  Canon adds that easy operation and compact design have always been an important goal of the LEGRIA family, and that “the customisable settings empower video enthusiasts to mould the LEGRIA HF G26 to their own shooting preferences; perfect for those committed to shooting in a specific style. With highly responsive and state-of-the-art controls, the LEGRIA HF G26 is a compact, simple-to-use, hand-held device that is perfect for capturing on the go.”

A highly responsive 3.0-inch capacitive touch screen ensures the image can be framed perfectly, with the ability to adjust tracking, focus and exposure for a high-quality outcome. For full visibility when capturing footage, especially in bright conditions, aspiring film makers can adjust the 1.56 million dot electronic tilting viewfinder up to 45° for low-angle shooting and to reduce glare. This is particularly useful for video enthusiasts capturing content in variable lighting conditions, such as whilst travelling or on outdoor shooting locations. This simple operation, and compact design, make the LEGRIA HF G26 suited for moments when mobility and speed are essential.

Whether simply distributing the stunning 1080p/50 footage straight from the video camera or editing later, the LEGRIA HF G26 unlocks choice and workflow flexibility. Simultaneous AVCHD and MP4 recording gives you the freedom to capture Full HD resolution up to 35Mbps MP4/28Mbps AVCHD and as low as 3Mbps MP4/5Mbps AVCHD. With several advanced recording options, such as slow and fast capture with a maximum speed of 1200x, the LEGRIA HF G26 provides reassurance that you will never miss a moment.

A dependable companion for any filming, says Canon,  the LEGRIA HF G26 delivers peace of mind with dual SD card slots for continuous shooting and thorough back up. The camera also boasts a HDMI terminal for a range of advanced interfaces, including connectivity to a 3.5mm headphone and 3.5mm mic jack, plus Mini Advanced Shoe input. The built-in headphone output with 16 volume settings for accuracy and the microphone input, both enhance audio functionality to support video enthusiasts recording interviews and vlogs. With this extensive range of features, content creators can confidentially fulfill their creative needs.