I am quite surprised how few of my colleagues have even heard about this full-frame mirrorless camcorder/camera. 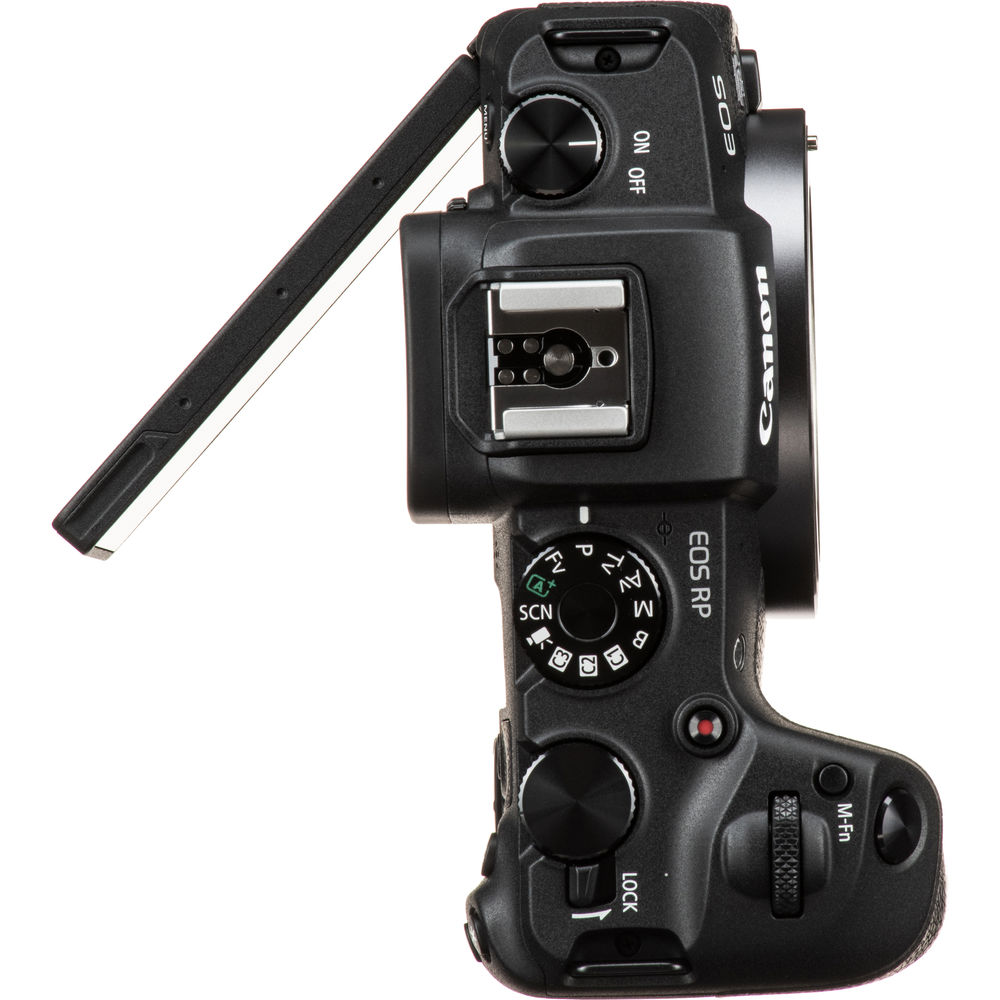 The unusual name of the Canon EOS RP mirrorless hybrid camera reminds me of the English translation of the Commonwealth of Puerto Rico: Rich Port. (The model is indeed EOS RP, even though you can’t immediately see the second letter on the front of the body.) I am quite surprised how few of my video colleagues have even heard about this full-frame camera/camcorder which you can currently get new for only US$999 (body only). I have several things to applaud about it beyond its full-frame sensor, picture quality and impeccable continuous autofocus, and a few details I would improve. Ahead you will learn about both, and how to accomplish those improvements, even if Canon doesn’t. 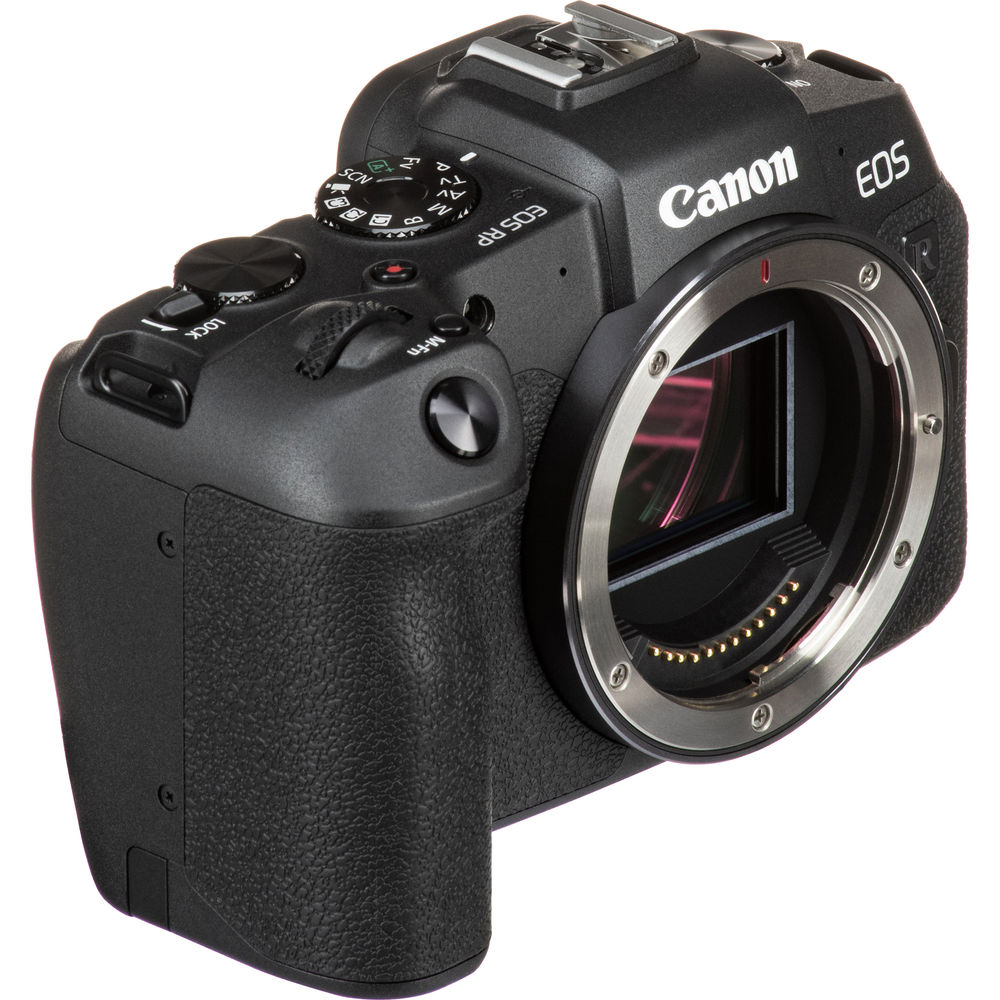 …for when you can’t repeat the action, and must get it right the first time, every time.

…for better sensitivity in low light and to facilitate reduced depth of field, when desired.

…to see it easily, even in bright sunlight.

…for easier viewing from high and low angles or even for self-video-logging.

The EOS RP features the RF lens mount, which supports Canon’s line of RF-mount lenses. This mount is characterized by its wide 54mm diameter and short 20mm flange-back distance, which promotes the ability to design lenses that are both faster and smaller than their SLR equivalents. The mount also incorporates a 12-pin electronic contact system for more sophisticated autofocus and image stabilization capabilities. This mount design also lends full compatibility to existing EF and EF-S-mount lenses via an optional EF-EOS R Mount Adapter.

After a free firmware update, the full-frame Canon EOS RP which you can currently get new for US$999 (Amazon — B&H) is now truly worldcam, including:

As I have covered in many articles with the word worldcam, this is important in order to accept all possible contracts even for clients in another region, where a different set of framerates fit in the local broadcast television system.

Has both a microphone input and a headphone output 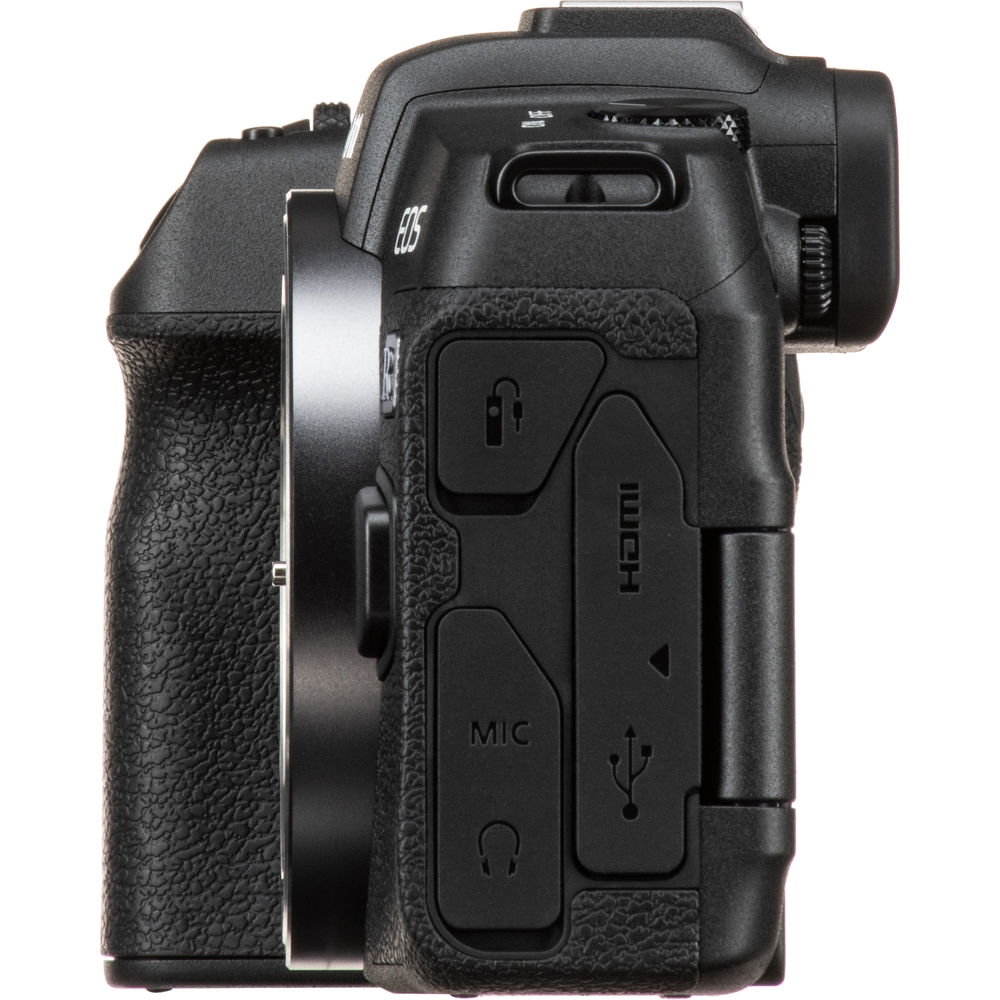 Both are TRS 3.5mm, but at at least they exist and can be used.

Even though some of the EOS RP’s menus are cumbersome and poorly arranged, this fact can fortunately be compensated by the My Menu(which allows you to create your own menu of your favorite things you need to change often) and the three custom shooting modes (C1-C3).

Unlike some other camera manufacturers which cruelly round non-integer framerates in many their camera menus, which confuses many users and even other manufacturers who are new to video (those guilty manufacturers include JVC and Sony in most cameras under US$5000), both Canon and Panasonic have atoned from that sin in recent years, and the Canon EOS RP is no exception. So it displays ≈59.94 as “59.94”, ≈29.97 as “29.97” and ≈23.976 as “23.98”. More about that last one ahead.

Clarification about the ≈23.976p addition to the EOS RP via a free firmware update

As I have been clarifying for many years, the exact 24.000 framerate is not the same as the television-friendly (since 1953 for NTSC and ex-NTSC regions) ≈23.976 framerate. These two framerates are indistinguishable from an esthetic perspective, but drastically different from a distribution perspective. Digital theaters which follow the DCI do not accept ≈23.976 so if you are using a camera that shoots ≈23.976 but not exact 24.000, you must retime the footage and then use it on a timeline set for exact 24.000 for DCI distribution.

More about this topic in my 2017 article When exact 24 fps beats 23.976… and when it doesn’t (illustrated above) and also Is your camera WorldCam & CineCam too?.

If your distribution requires mainly traditional television, web, tablets and smartphones, then the only issue for you to understand is that if you are not distributing for DCI film theaters and your camera doesn’t offer exact 24.000p, your 24-ish framerate for shooting and editing should be ≈23.976 (aka “23.98”).

For about US$26, you can get the following ten profiles added to your Canon EOS RP (or other Canon camera):

I am intrigued by all that can be achieved by the Canon EOS RP full-frame camera. If interested, get it while you still can for US$999 (Amazon — B&H).

NOTE: Many online posts complain about the “lack” of ≈23.976p on this camera in 1080p. Those were published before the free firmware update (which changed everything), or people who read about those prior posts and simply echoed the outdated information. Indeed, the Canon EOS RP has ≈23.976p (aka “23.98”)) even in HD 1080p after the latest free firmware update.