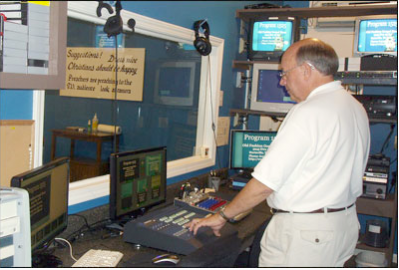 In this five-part series, we will look at a real world case study of a facility that took on the daunting task of upgrading to HD. These parts will cover:

Three years ago, Ottis Jones knew nothing about video production when he started producing for The Old Fashion Gospel Hour in Hendersonville, TN. It was a TV ministry set up by a local church, and as most ministries are, it was run by volunteers. Over the years however, the ministry has grown so much that it gets broadcast in several communities in 3 states. It was no easy feat for Ottis to put together a studio that could produce broadcast quality HD footage, especially with no experience, but through research and trial and error, he’s done it quite successfully. This 5 part series will cover how he did it, sharing valuable tips to how you can do the same on a tight budget, and also save yourself some time-consuming mistakes.

Tip 1: Assess your goals
When asking yourself what your goals are, you have to think about how and why your production is happening. This may seem like an obvious suggestion, but many times there are details that are missed because the goal wasn’t properly assessed. Are you taping a show and editing it later or producing it live? How is your final output going to be broadcast? Internet stream? Broadcast television? Straight to DVD? Is it in NTSC or PAL? Are you going to need to do titling for a more professional look? Do you have a set location, or are you a videographer who is going to take your production mainly on the road? Determining all the details within your goal early on will allow you to narrow what type of equipment you will need and create a budget. It will also help whoever is selling you the equipment know what you want to accomplish.

Ottis called us early in his planning process and we were able to help him understand what he needed for his set up with consideration to his budget and the final output. His main goal was to upgrade the studio to HD but he also wanted to get the best pricing available in order to do so. His planning always went back to addressing his main goal when building his studio. By the time he spoke with our reseller, he wasn’t hoping that he got what he needed, he was sure that he got what he needed.

After speaking with us several times, he suggested that it would be helpful to let people know how easy it was to make the switch to HD, because he was a bit intimidated at first. That suggestion was a main factor in why we decided to write this type of article. We were happy to help him fine tune his planning process until he had a resolution that he was completely satisfied with. That leads us to the next tip:

Tip 2: Do your homework
Here are some key things you should look for or know about when equipment hunting:

Ottis : “I cleaned up the studio and got everything off the floor in regards to wires and all of that. It’s much easier to get around and work in the studio, when it’s not so cluttered.”

Here are two sample diagrams similar to what Ottis had emailed to us when he was making his proposal. (These are not the actual costs of the equipment that Ottis bought.)

Ex 1 – This is a visual representation of what Ottis needed, and list of what it could cost. 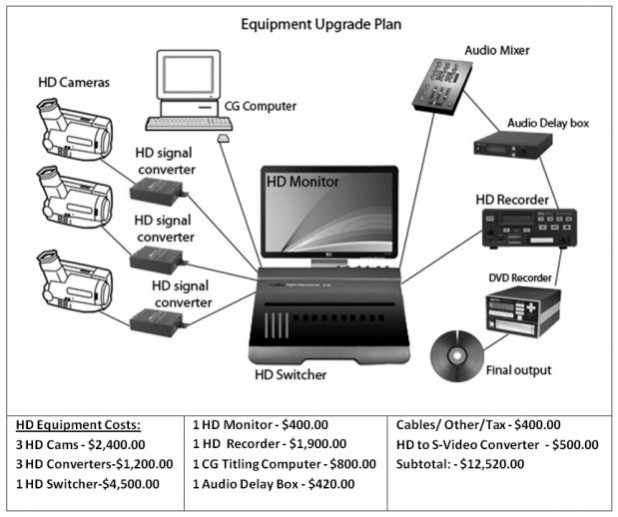 < Ex. 2 : This signal workflow diagram helped Ottis plan and know what signals were going where by color coding. This type of diagram is also great when you are troubleshooting, because you can easily isolate whether it's a wire, signal or equipment that's giving you issues.

These first steps will help you achieve your goals much faster and much more accurately. Properly planning in the early stages is essential to getting the best production out of your studio. In Part 2, we’ll talk about which equipment Ottis bought, and go step-by-step on how it is interconnected. 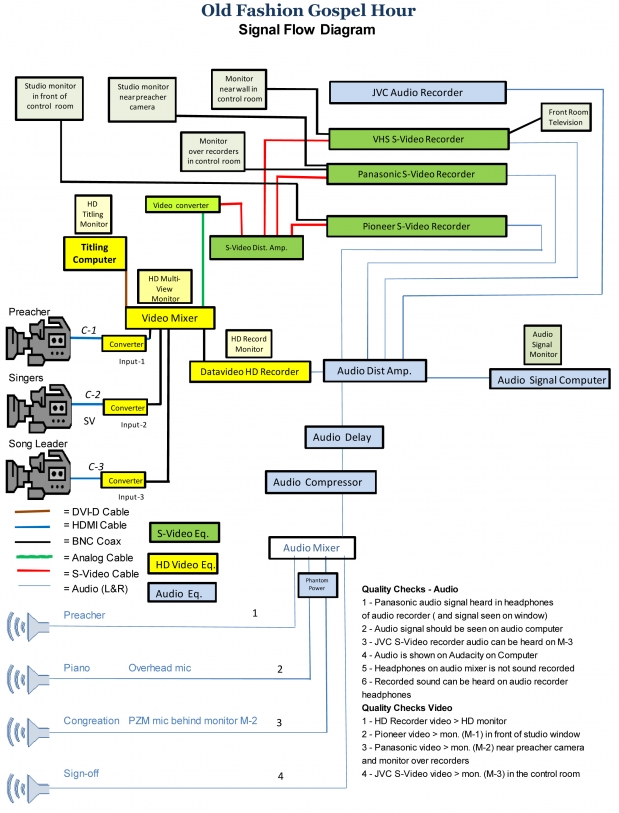