Last month at IBC, we showed off many awesome new features coming in the October 2013 releases of Creative Cloud pro video tools. Instead of the usual 12 or 18-month wait, we’re proud to be offering the major updates just four months after the original CC products were launched. Over 150 new features will help you deliver brilliant visuals with a richer toolset and even more integrated workflows. Along with significant updates to Adobe Premiere® Pro CC, After Effects® CC, SpeedGrade® CC, Prelude™ CC, Adobe Media Encoder CC, and Adobe Story CC Plus, we will also preview a cool new iPad app, Prelude Live Logger. In this post we want to share some of the highlights with you.

Brilliant visuals at 4K and beyond
New cameras and formats keep on appearing. With Adobe Premiere Pro CC you can work fluidly and efficiently with 4K and higher resolution, Ultra HD, and RAW footage, including the latest digital file- and camera formats, such as CinemaDNG , RED Dragon, Sony F65, AVC Long GOP/XAVC Long GOP, AVC Ultra, and others. There’s really no need to waste time transcoding and rewrapping footage—with Adobe Premiere Pro CC you get right to work on your content.

New mask tools for faster workflows
Quickly create masks and apply effects that automatically travel frame by frame throughout your compositions. Mask Tracker in After Effects CC eliminates the need for repeated manual adjustments to your masks and saves you from repetitive rotoscoping. SpeedGrade CC now offers support for multiple grading masks: add masks to individual layers within a grade, so you can save and copy all of them in a single action—and move through your projects more efficiently. 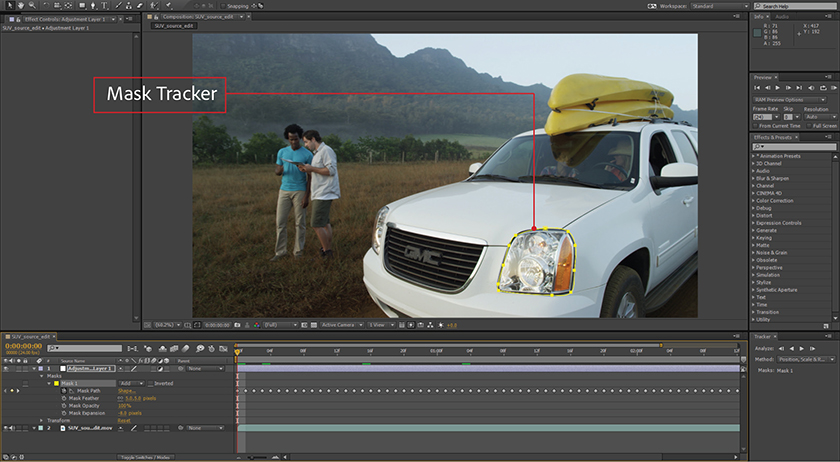 A more streamlined editing environment
Editors, like all artists, need to stay in the creative flow: the mechanics of the tools shouldn’t interfere with the artistic process of crafting the story. Among a host of workflow enhancements big and small, Adobe Premiere Pro CC now offers a new monitor overlay showing key data, such as time codes and camera angles, during playback. Enhanced multicam support makes it easy to turn individual camera angles on or off or rearrange angles as you edit. Adobe Premiere Pro CC also adds support for captions in MXF media and encoding to CEA-708 standards, as well as audio monitoring to automatically mix down multi-channel audio for stereo playback.

Greater efficiency on set
Prelude CC adds new features, such as support for GoPro footage and metadata, and the ability to export clips and subclips, as well as rough cuts from the Project panel. Print out your marker list so you can easily review your content on set with your production team. 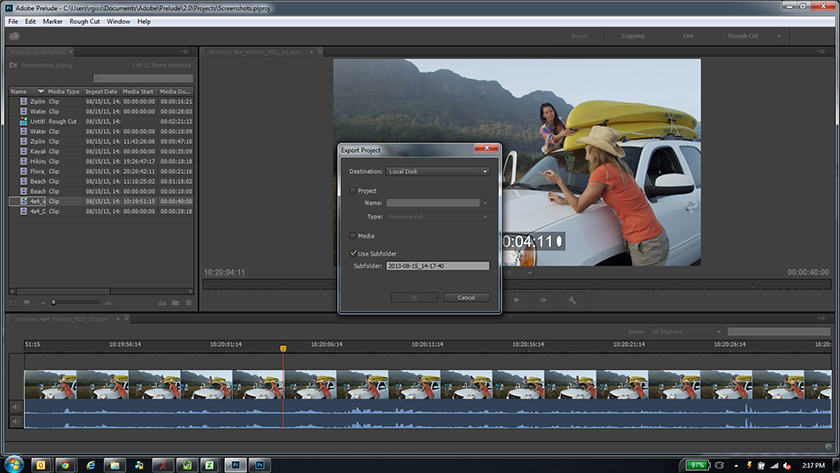 And then there’s Prelude Live Logger, a new iPad app in final development. With Live Logger, you can begin recording notes on your iPad while your crew shoots. After ingesting your footage, combine your Live Logger comments and tags with the rest of your metadata in Prelude CC so that all your information is available for editing and postproduction.

Powerful image upscaling
Resolutions are going up, up, up. Now you can preserve detail and sharpness in After Effects CC as you upscale footage for new higher resolution delivery formats. Transform SD material to HD or 2K to 4K—the new up-scaling effect retains edge detail and reduces noise and artifacts.

Smoother production planning
Efficient scheduling and smart use of resources, crew, and talent is the key to controlling production costs. Adobe Story CC delivers with new import and export support, including set lists, character lists, and tag lists, along with other refinements.

Better media management
Find and load video assets with the new Media Browser in After Effects CC. Link and Locate has been improved in Adobe Premiere Pro CC, for example with proxy file workflows when linking back to source content. Adobe Media Encoder CC now provides automated image processing for customized media output, including watermarks, time codes, and image processing, such as “baking in” Look Up Tables (LUTs).

All of this and more will be available in the October 2013 versions of the Creative Cloud pro video tools. See many of the new features in action on Adobe TV or visit our IBC 2013 page to see what went down at the Adobe booth during the IBC show in Amsterdam.