I sat in my office and stared at the brown cardboard box holding Blackmagic’s new ATEM Television Studio Pro HD switcher. How was I going to test and review this new switcher? My calendar just did not have a Multicam opportunity scheduled. Then, luck stepped in. Nashville Filmmakers Guild wanted to shoot a Facebook live discussion with Max Butler one of the producer’s of the indie film “Columbus” who happens to live in the Nashville area. This seemed like a perfect opportunity to put the ATEM Television Studio Pro HD switcher to the test. If you are interested in the conversation between NFG and Max Butler you can see the Facebook video here. 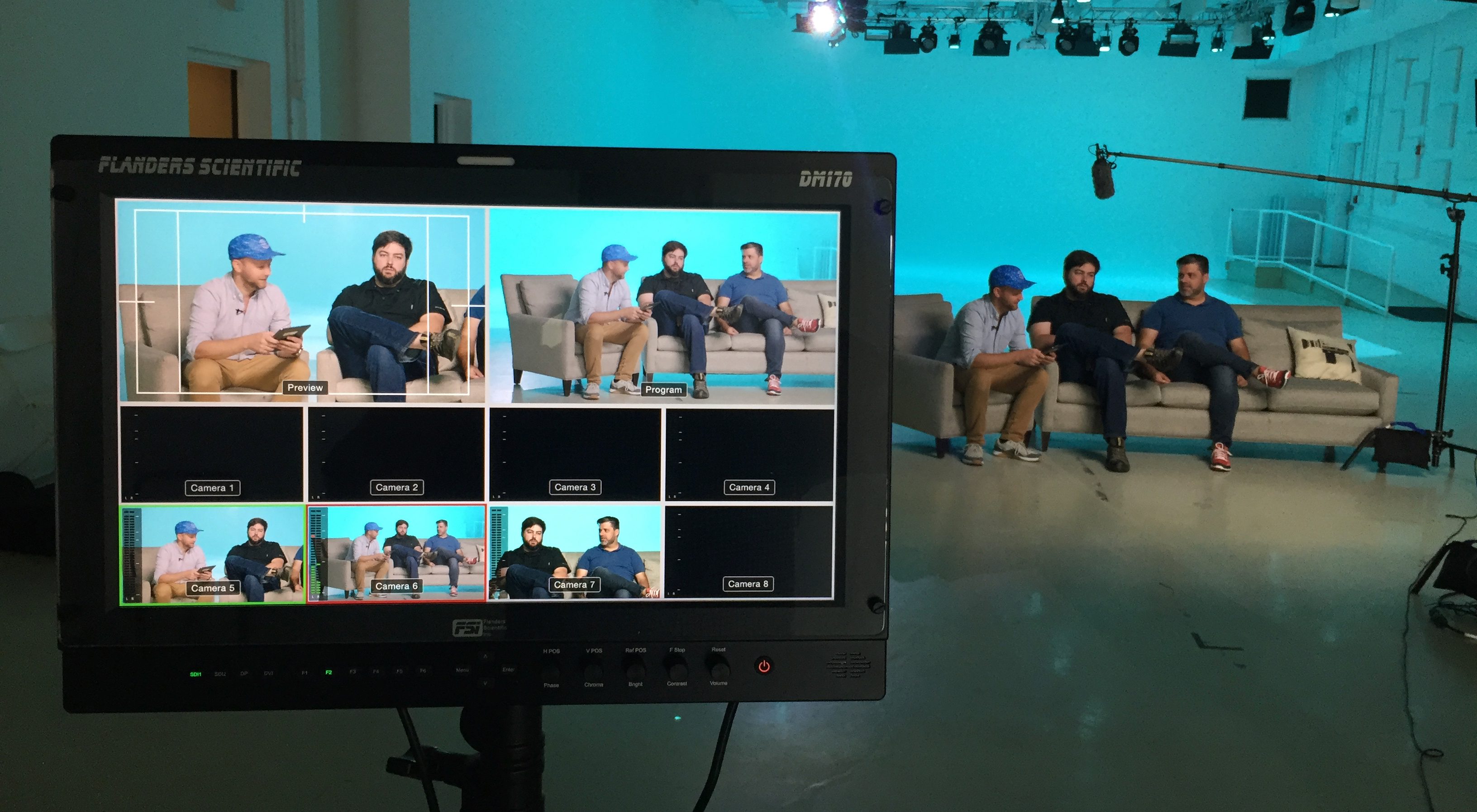 Live streaming. This is exactly where I see a switcher like Blackmagic’s ATEM Television Studio Pro HD will be used the most. The ATEM Studio Pro HD is inexpensive, portable, and easy to use for a first-timer. If a user paired this switcher with Blackmagic Design’s Web Presenter or Hyperdeck Studio Mini then they would have playback, and web streaming capabilities. For a Facebook Live video do you really need anything else?

In the testing I did with the ATEM Studio Pro HD I was able to go from taking the switcher out of the box and going “on-air” within an hour. Here’s the thing, multi-cam shoots are not really my thing. I can do them and I can direct them but I would not be out there selling myself as a high-end multi-camera production director or engineer. Not in the least. But, I got it down for this project and this is exactly what I expect many corporate and university video producers will be asked to do in the very near future if not already. 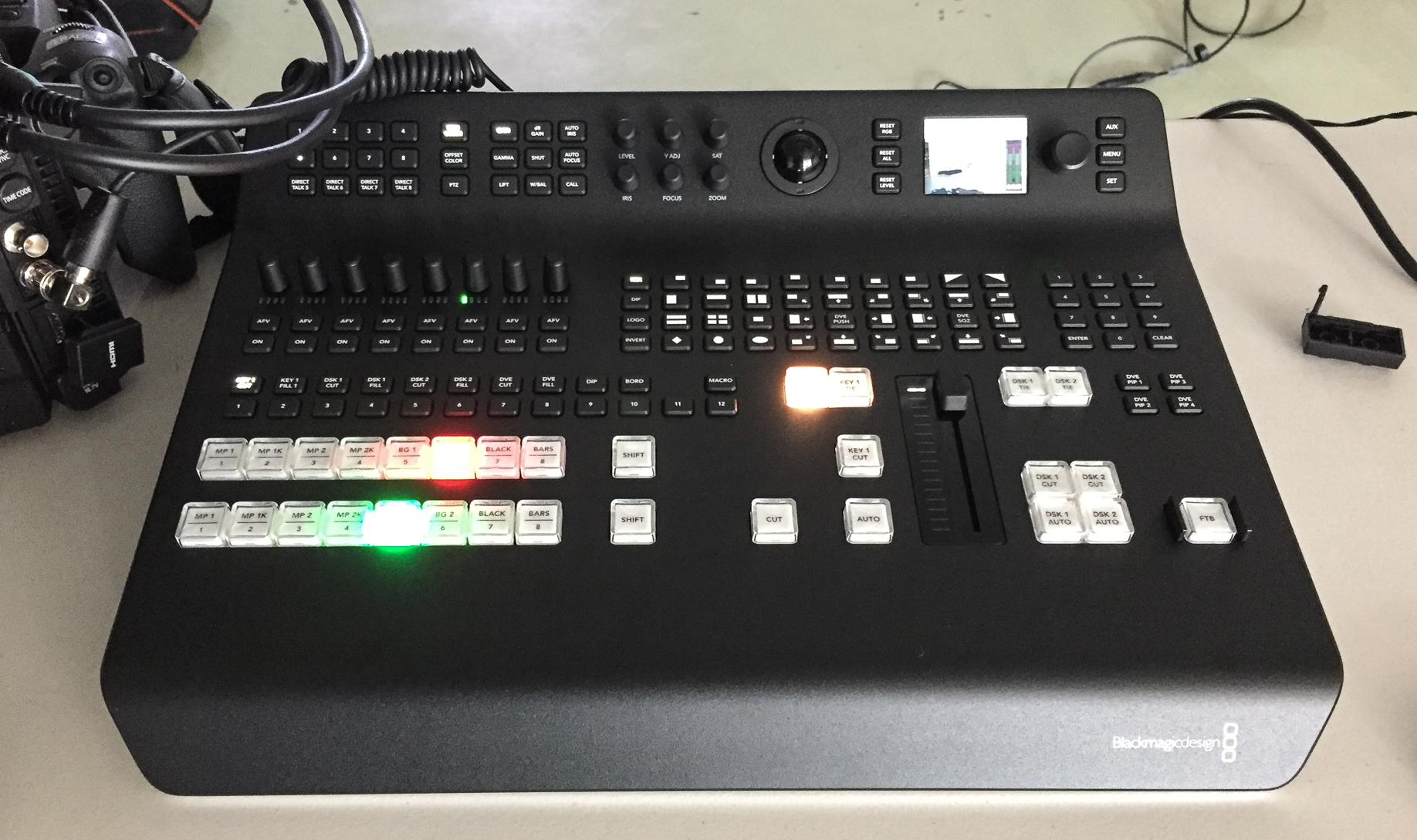 So, what did we do at the Nashville Filmmakers Guild do for this Facebook Live Stream? We used three totally different cameras, ran audio off of only one camera, and had the studio space at the excellent Studio615 in Nashville. Their LED lights gave us our nice cyan background. We use an Arri Alexa Mini, a Canon C300 Mark 2, and a Blackmagic Design URSA Mini Pro. Can you guess which camera is which in the picture above?

Side note, if you are trying to choose a camera for your next shoot I highly suggest using Blackmagic’s multiviewer as part of your testing, because you can see up to eight separate cameras all at once. All of us on this live streaming shoot could see exactly how the Alexa Mini, Canon C300, and Blackmagic Design URSA Mini Pro translated their sensors into REC709. This kind of testing is not the whole picture for camera testing, but it is an invaluable one I believe. Back to the ATEM Studio Pro HD story.

Comes with 4 SDI and 4 HDMI inputs with re-sync on all inputs so you can use it with broadcast or consumer cameras. This little switcher has enough umph for studio work and is small enough for location work. With the Pro HD, you can remote control cameras, program sophisticated effects and mix audio without needing a seperate piece of equipment for the switcher to each of these features. The built-in multiview lets you check out all your camera shots, preview, and program on a single screen without the need to carry multiple displays to the shoot. 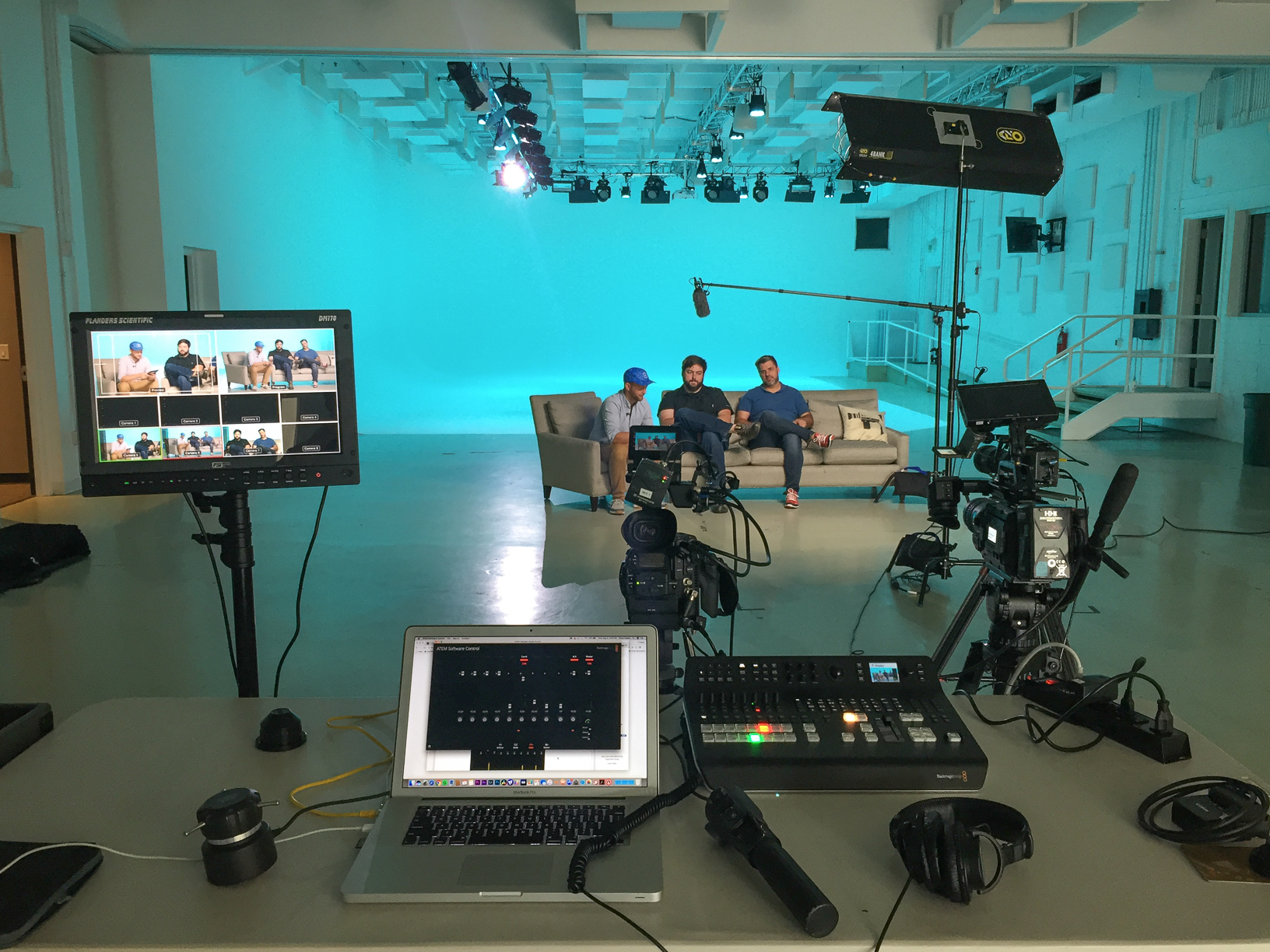 The ATEM Television Studio Pro HD includes an upstream keyer with full chroma keying for green screen and blue screen shots. The upstream keyer works with chroma, patterns, shapes, and linear keys. You also get 2 downstream keyers for adding graphics, logos, and bugs to your video. If you are feeling enterprising you can take Blackmagic’s HyperDeck Studio Mini and use it as a source for ProRes 4:4:4:4 motion graphics files with alpha channels that you can key over your video.

With the ATEM Studio Pro HD, a user can store up to twenty custom graphics or logos and get them on the air pretty fast. All one has to do is upload the files from the media management page of the software control panel into the ATEM’s media pool. Then you select the file you want to play through the two built-in media players. Since most graphic designers are deep into Adobe products Blackmagic has included a Photoshop plug-in allowing graphics uploads from Photoshop directly into the ATEM media pool from a computer over an Ethernet network.

Do you see that little ball on the ATEM Studio Pro HD surface? It is a primary color corrector. It’s there to help color correct your cameras a little faster instead of diving into a computer screen and making adjustments with your mouse. If you look a little more you can see essentially a small color correction panel as well as camera control functions. Of course, you will need to be using Blackmagic Design’s Studio Cameras to take advantage of these features.

The ATEM Studio Pro HD is full-featured switcher that any novice should be able to take it from box to production in very little time. In our little Nashville Filmmakers Guild Facebook stream, we did not use many of the deep dive features found on the ATEM Studio Pro HD, but that does not mean we would not have if needed. In the end,  the ATEM Studio Pro HD was easy to use and I fully expect anyone with a video background to be able to press it into service pretty quickly on their next multi-camera gig. 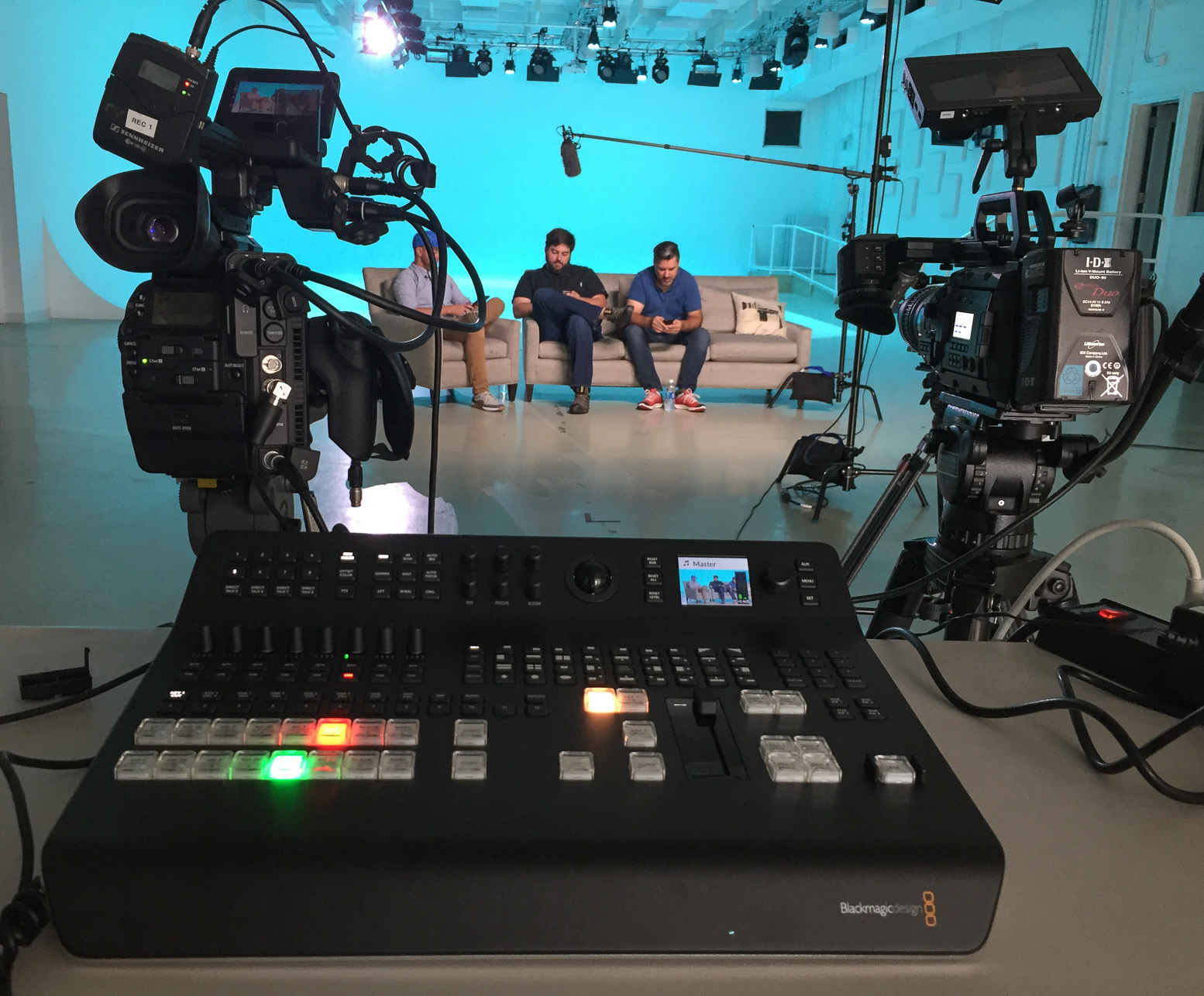