Whether covering Robbie Williams 2017 European Tour or digitizing more than 30,000 feet of final reels for a documentary about George Michael, Blackmagic Design technology is present, both in hardware and software. 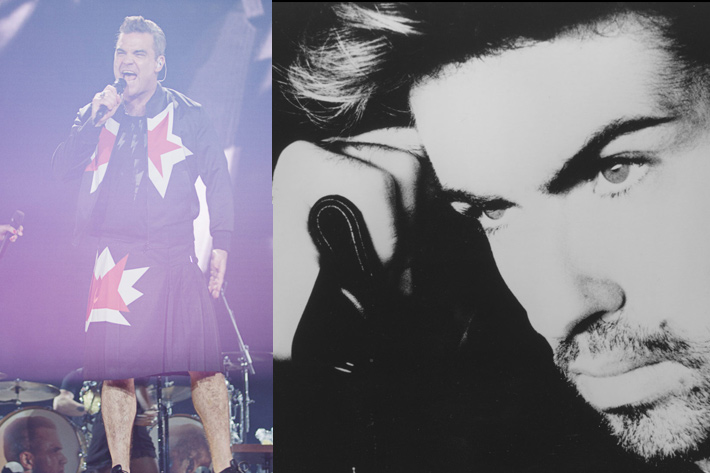 The music and images of Robbie Williams and George Michael will be with us for a longer period of time, thanks to the use of Blackmagic Design cinema cameras and scanners in two new documentaries. 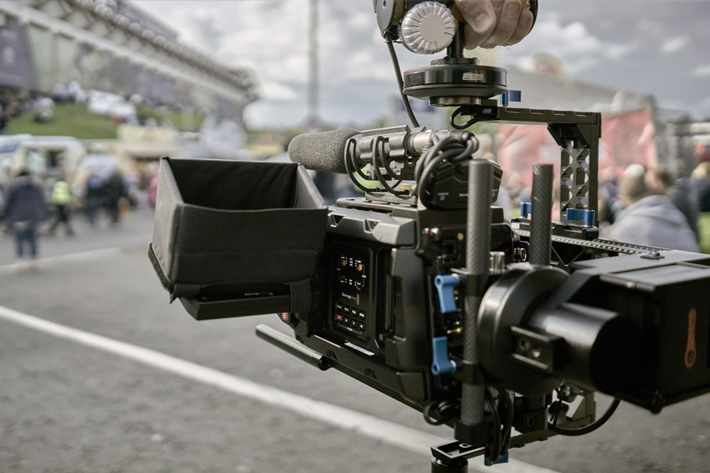 The tools we’ve available today allow us not only to capture live events with a quality we would not dream was possible not so long ago, but at the same time recover memories from the past remastered in 4K, a unique experience according to those involved in the George Michael documentary project.

Hangman’s James Tonkin, a long time collaborator with Robbie Williams, was tasked with covering the entire development of the tour, from rehearsals through to live shows in the UK and Europe. He reveals here how he used cameras, lenses, and DaVinci Resolve, which now is an integral part of Hangman Studio’s production and post-production workflow, to create the documentary. Through his words we discover how the team captured and edited backstage moments as well as live performance highlights from the whole tour. 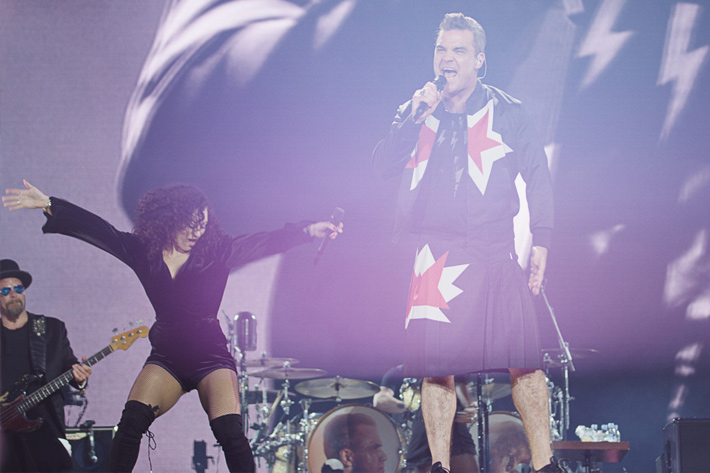 James explains that the URSA Mini Pro fitted his specific touring requirements. “Not only did we have to turn around short edits for social media as we toured, but we also had to factor in that there might be a need for a longer form documentary at the end of the tour. Because of that, whatever I shot with needed to be reliable and roadworthy to handle the rigors of touring.“

James designed a gimbal setup with remote focus system for a 12mm Laowa f2.8 or Carl Zeiss ZE 50mm F1.4, together with clean audio running from the URSA Mini Pro’s top microphone. “The URSA Mini Pro’s size and weight matched the gimbal perfectly,” he reveals. “I even balanced the rig so I could use the built-in screen to make setup quicker and avoid adding additional hardware and weight. I hadn’t previously relied too much on the camera’s focus peaking, however it proved invaluable as I would often work alone, walking backward to follow Robbie on stage and adjust the ND filters while walking from inside to outside in one fluid shot.”
A handheld URSA Mini 4.6K complemented the gimbal and was paired with EF lenses, as well as a Blackmagic URSA Viewfinder for concert shooting and general backstage coverage. “I absolutely love the viewfinder; such a solid design and perfect for working in bright daylight,” continues James. 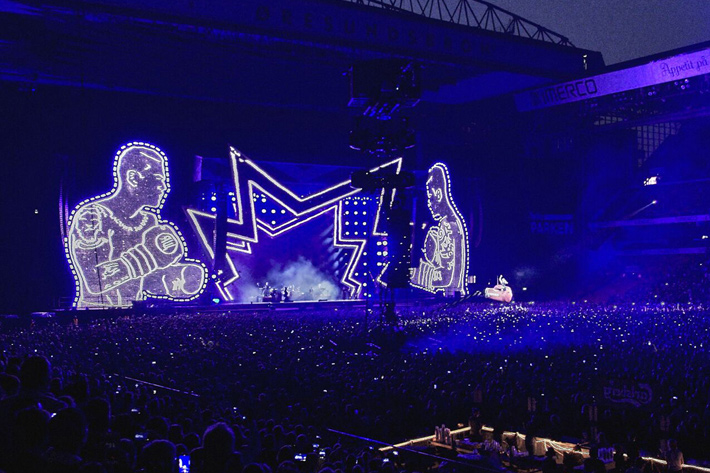 With improvements to its performance and handling of camera formats, DaVinci Resolve now forms an integral part of Hangman Studio’s production and post-production workflow according to James. “Anything we shot I’d offload into Resolve for review each night, adding corrective LUTs and correcting aspect ratio if we’d filmed in anamorphic. We’d then create proxies to work from and store on portable bus powered drives.”

“While sitting in Manchester station waiting to take a train back to London after a show, I was able to quickly proxy ten minutes of 8K and 5K footage into 1080p H.264 files using a five-year-old laptop and then upload via 4G back to the edit so we could meet an editing deadline. The fact that we were traveling at the time didn’t stop the process of delivering the files where they needed to be, or our ability to work with them. This is exactly what software should always be, a tool to enable creativity regardless of where you are and what you’re running it on.” 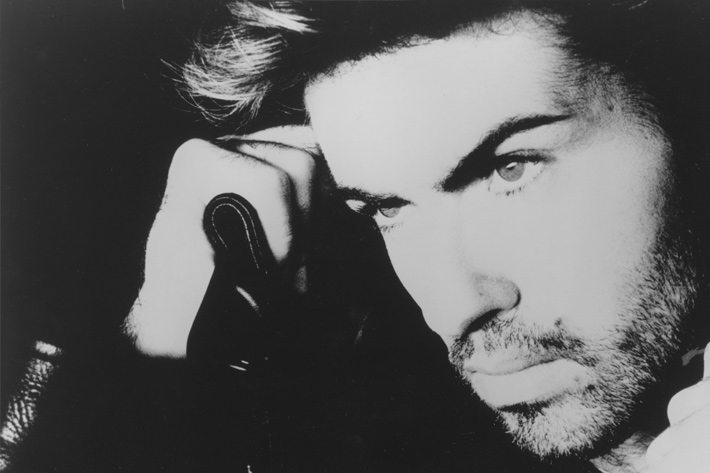 The other artist that now gets connected to Blackmagic is George Michael, who died 25 December 2016. Blackmagic’s Cintel Scanner was used to help digitize archived footage held on 16mm and 35mm film for a new Channel 4 autobiographical documentary “George Michael: Freedom”.

The new documentary, centered on the life of one of the most influential artists in modern history, is a 90-minute film narrated by George Michael himself. The film, revealing candid details about everything from his ill-fated first love to his infamous court battle with Sony, which challenged the way the music industry approached the standard recording contract, incorporates never before seen archive material alongside present-day interviews with the likes of Elton John, Stevie Wonder and James Corden. 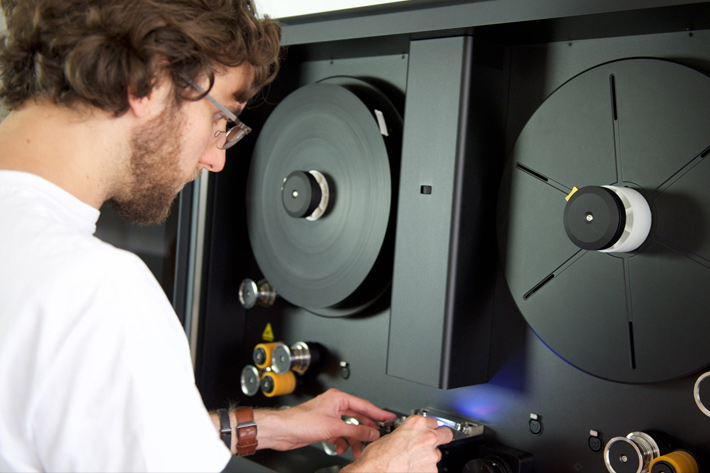 Tasked with bringing all of those different sources together in post initially was Headjar Productions’ Gwyn Moxham who completed the first assembly of the film.

“Our biggest headache was how we would bring together all of the different archived material so that we could mix that with recently acquired interviews shot on the URSA Mini 4.6K,” explains Moxham. “We were working with everything from Video 8 camcorder tapes and Betacam SP through to HDCAM and a variety of film stocks.”

He continues: “There were around 60,000 feet of rushes from the ‘Freedom! 90’ video alone! Not only that but we also uncovered reels of George performing on the FAITH tour as well as rehearsing for MTV unplugged, and we had to scan everything before we could sort through it and decided what was useful. Not only that but we also discovered a South Bank Show that George took part in around the time of ‘Listen Without Prejudice’ that was archived on 16mm film. There was a lot held on film to get through.”

Rather than using telecine to digitize the films, the team decided to use the Blackmagic Cintel Scanner to scan in both the 35mm and 16mm footage at a fraction of the cost. Moxham drew from his previous experience working with film as a projectionist early on in his career to help in that process. 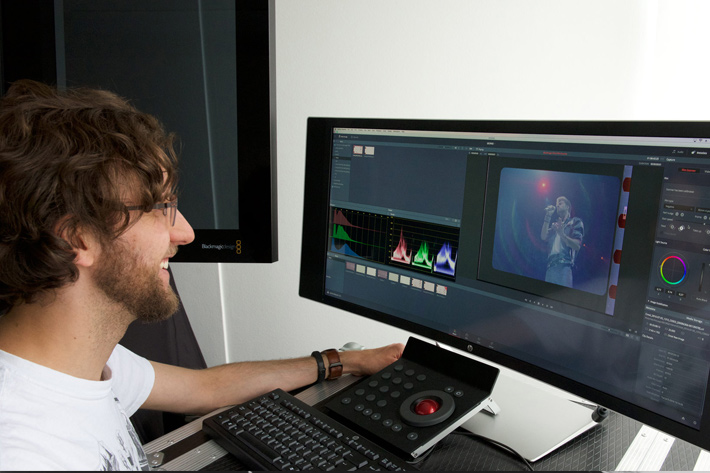 “Of course, handling negatives made me a lot more nervous than prints ever did, but I needn’t have worried,” he reveals. “The Cintel scanner worked like a dream. It was straightforward to set up and very intuitive to use once plugged into our iMac. Even if you’ve never previously handled film stock it is very simple to operate.”

Using the Cintel Scanner, Moxham digitized more than 30,000 feet of final reels for the documentary in 4K, all in real time. Each shot was then compared to those in the original music video to ensure accuracy, and later, fully restored before the editing process was completed by Jerry Chater. “It was an incredible experience to have worked on this project not least because I got to see an industry-defining music video in Freedom! 90’ remastered in 4K,” concludes Moxham. “It truly was a sight to behold.”

The documentary was graded and finished in DaVinci Resolve Studio by London based colorist Dan Moran of Coffee and TV.