The Blackmagic URSA should be a great camera. It boasts a 10 inch built-in monitor, 80FPS in 3:1 4K, and an ease of use usually reserved for more expensive cameras.  So what’s the problem?  Why hasn’t this camera taken off?  In this review I lay out everything this camera does right and where I think it needs improvement.

There has been quite a bit of snarky comments surrounding this camera: The URSA is too heavy, the 10-inch built-in monitor is too big and will break off, or the sensor isn’t sensitive enough.  Yes, it’s a heavier camera.  Yes, the 10-inch monitor is big but it’s great to use, and yes we haven’t seen a whole lot of the sensor options, yet, but I am hopeful to see those at NAB2015.

To me, the URSA does not feel like a run & gun camera.  It’s feels more like an Arri Alexa or Red One, but in the end it’s a camera.  Cameras don’t care how they are used, just that they are used.  So I used this camera in a studio setting and in a run & gun environment.  A couple friends of mine, You Knew Me When, were in need of a music video to promote themselves for their upcoming tour.  YKMW are a married music making duo who quit their day jobs, rented out their house, and went on a 2+ year permanent tour.  I called them up, said I had the URSA, and next thing you know we’re making a music video. Below I give two examples: 1 is a color correct section of the music video. 2. is a uncorrected section of the music video where you can see it in BMD Film.

I love how this camera interprets high frame rates. There is something truly cinematic about it. It’s better than most cameras that shoot near these frame rates. Clearly, Blackmagic took the time to perfect the slow motion because it does not feel like video. It feels better, filmic. Additionally, I loved how a shooter can choose any frame rate he/she wants. Any speed up to 80fps in 3:1 4K raw and 1080 to 30fps in 4K Lossless raw. In the music video I shot we captured all the performance at 48fps and most of the broll at 80 fps.  If I was shooting a driving shot or something and I wanted a touch smoother I’d have the option of shooting at 36 fps. Plus, no more conforming slow motion in your NLE, with the URSA you set your project to a frame rate and the slow motion footage is captured/played back in slow motion.  This is very much like a Slow/Quick function found on a few other cameras. 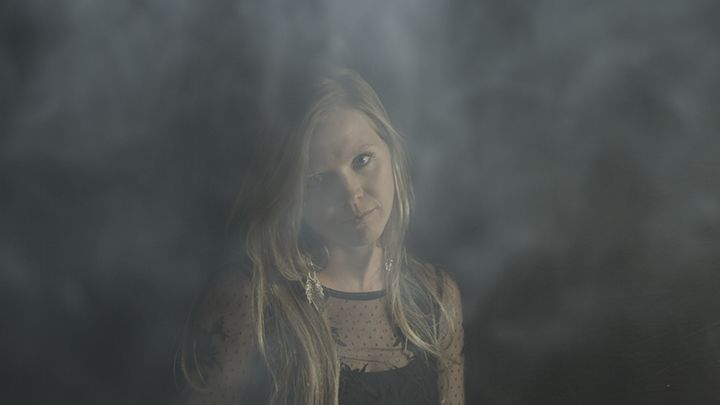 This is a screen capture of the original log footage

Yes, this is a bigger camera and it weighs a beastly 16 pounds without a lens or battery attached. For some shooters this is too much.  For me, I’m an old news cameraman who has had to carry heavy cameras around for hours on end. Like a NFL game with an older Panasonic p800.  That beast (when kitted out with a top-light, wireless audio, and battery) weighed nearly 22 pounds.  With that camera and the URSA, you will get in camera shape.  Will the weight wear you down? Possibly. A word of advice, get a good tripod.  Get something that can handle around 20 – 25 pounds.  I used my buddy’s Miller Compass 25 and it worked out very well.

In the music video I mostly shot hand-held.  The lens I used the most for the hand-held work was the Canon 15.5-47.  Not a real heavy lens, but definitely heavier than a prime.  Personally, I liked the weight of the rig.  There’s something about having a heavier camera on one’s shoulder to help steady the shot.  It’s hard to describe, but it felt like the weight of the camera forced me to engage my whole body and it helped.

How does one travel around and get shots without breaking one’s back? Assistants! Just kidding. Try a large camera bag with rollers like the Lowepro Pro Roller 200. This way you can roll around with all the lenses and batteries you’d need without killer your back and forearms. 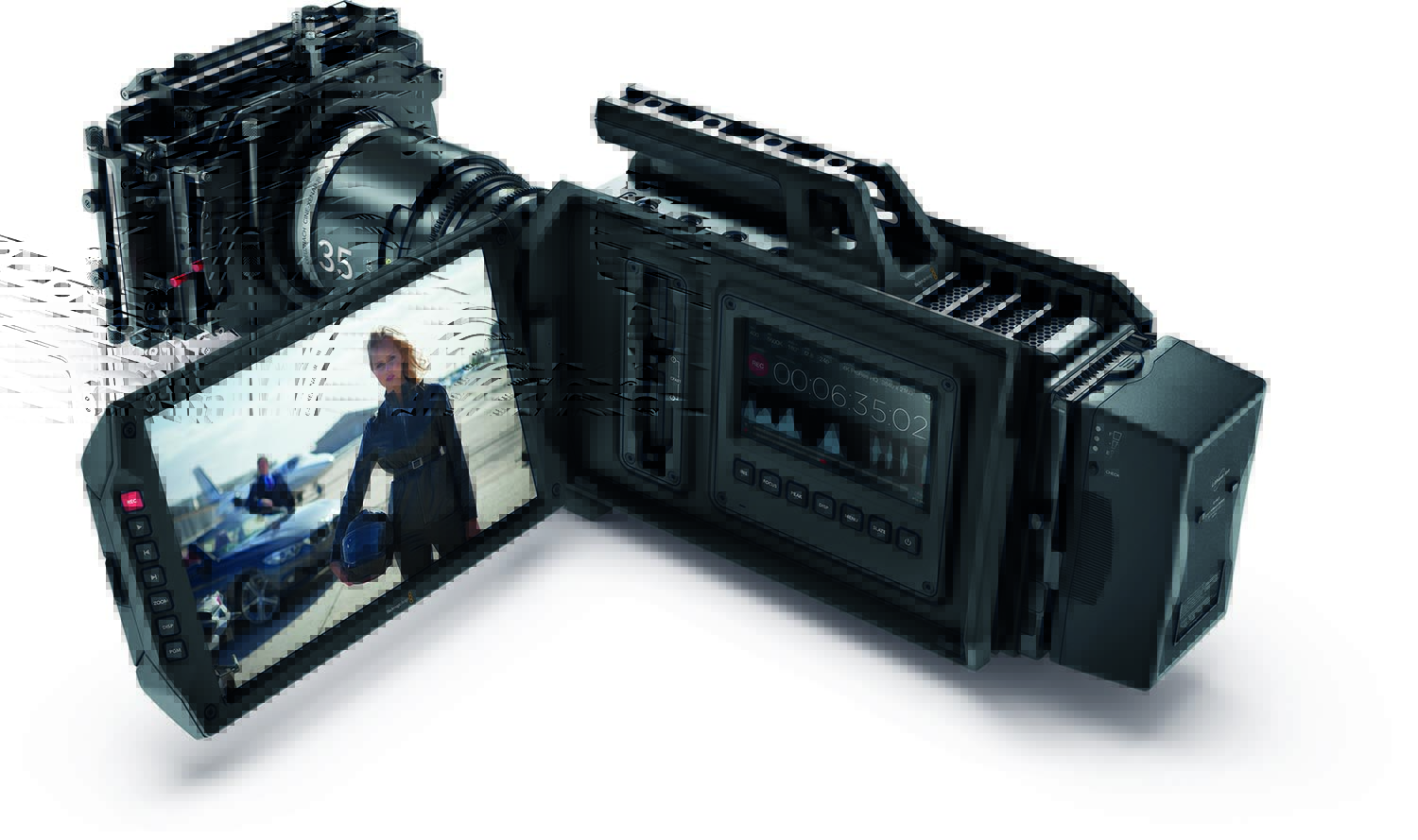 This camera really isn’t well suited for hand-held work. First, one of the greatest strengths, the flip-out monitor, has to be closed and you lose two screens. Leaving you with the assistant side for menu changes. This is where I wished the flip-out monitor flipped 180 degrees and become a large menu on the side of the camera when the monitor is closed. That way a solo operator could make quick menu changes in between takes.

There is no EVF, and no HDMI for that EVF.  I get it… it has a built-in 10 inch monitor, but you can’t always use it. This camera has every other output available except a HDMI and If I didn’t have a SmallHD DP4 for my EVF I probably wouldn’t care, but I do have a SmallHD DP4 and I was a little sad to have to add a SDI > HDMI battery converter to the rig just to get my EVF to work.

When working hand-held, the knob to tighten down the accessory rods is a weak point. A lot of shooters mount grips on their accessory rods and if the rod spins then the grip spins and you could drop a camera if that happens. Instead, I suggest rosettes at this point. That will give a hand-held shooter a bit more confidence and balance. 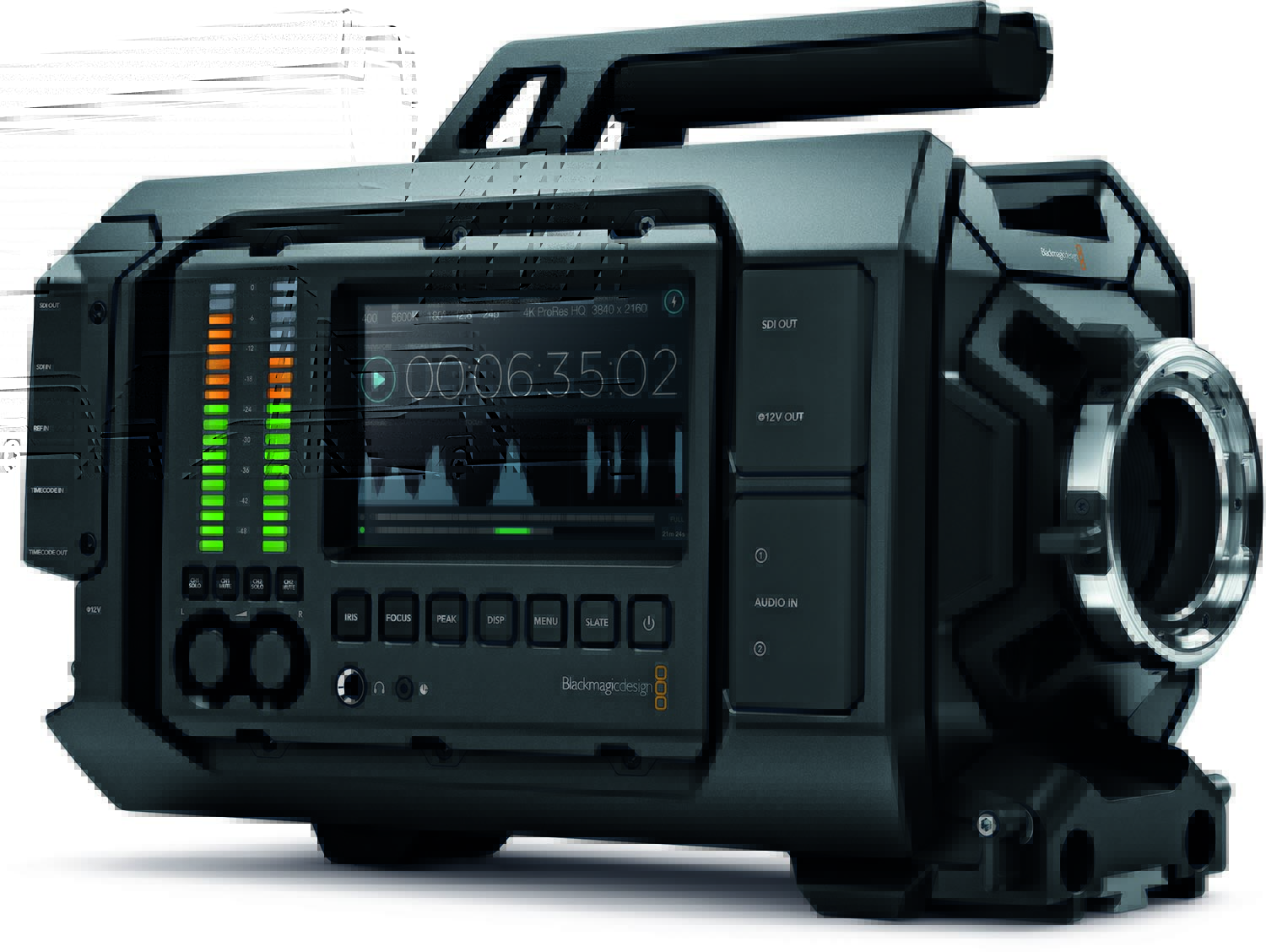 In my experience the built-in 10 inch monitor is killer. It helped a ton when we shot in a studio setting. The two smaller monitors on the sides of the camera helped a lot too. It’s nice to have the two side monitors because it gives everyone around the camera the controls they need. These three monitors are what make this camera easy to use. When a new assistant helped me, the easy to use three monitors were the first thing they loved about the camera. Clearly, the placement of these are well thought out.

The down side of the large flip-out screen is the color: it’s a touch green. The two on-camera side monitors had more accurate color. In our first experience with the green tint we thought our white balance was off. Thankfully, the two side monitors gave us confidence that we had the correct color settings. It’s not a serious issue and one that had a quick work-around. I’ll take the slight color cast to have a screen that big. Focus, peaking, and the focus assist zoom function all worked great.  Lastly, the flip out monitor looks like it will be the first thing to break off this camera, but Blackmagic design does not make weak cameras. The hinge on the flip out monitor is solid.

Is all Blackmagic Design.  Easy to use.  Easy to change.  A trick that I wished I captured was the ability to speed ramp one’s footage. Now, there isn’t a dedicated button for speed ramping, but if you go through the FPS one tap at a time. So from 80FPS down to 30 FPS, and if you do it quickly enough you can give the appearance of a speed ramp. One will need fast and accurate fingers to pull it off though. It can be done, and if it can be done, then Blackmagic should capitalize on this hidden feature.

Yep, same sensor as the 4K Production Camera, but the highlights roll off better and this greater roll off causes the sensor to lose a stop of dynamic range from 12 stops to 11 spots. This sensor requires IRND when opening lenses wide open. Somewhere around .09 to 1.2 stops of ND is where one should start to use IRND. I hope we see more sensor options for the URSA at NAB2015. More options can make this camera more attractive and prove to customers that Blackmagic is standing behind the user upgradable sensor/mount option.

After I sent my review camera back Blackmagic announced a firmware upgrade which gave the option to shoot ProRes 444 12 bit files. To me this is better than 4K raw or 3:1 raw. To shoot 4K 12bit files gives the maximum amount of color and flexibility. Same bit depth as the raw image while taking up less hard drive space. I’m absolutely shattered I didn’t get to test that firmware. Either way, The footage is where this camera has the potential to sing. One thing is for sure, Blackmagic took the time to dial in the color as best as possible. The log footage is easy to color correct and there is quite a bit of information in the Shadows, just not as much as the Blackmagic Cinema Camera or the 4K Blackmagic Production Camera. Will we see a sensor upgrade with 14bit color? 16bit? 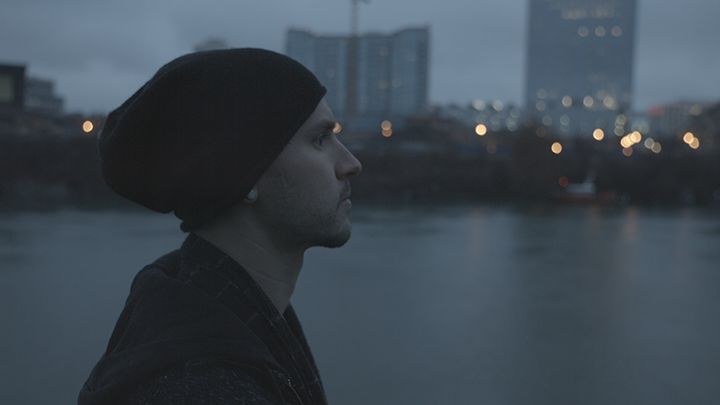 So why hasn’t this camera taken off? There are cameras in the market which cost more, with footage close to what the URSA offers, but they offer up options that make shooting easier.  Plus, a lot of potential customers have come from the world of DLSR and to buy this camera means they’d likely have to upgrade their support equipment too. They’re allergic to large cameras, and without seeing a lot of sensor options offered up they may not believe in the user upgradability of this camera.

Why should this camera take off?  4K ProRes 444 files with 12bit color. Who else, at this price, is offering that. This camera has a very cinematic 80fps with a likely upgrade to higher frame rates. Hopefully Blackmagic comes out with more sensor options at NAB2015… the more options the better. Monitors built into the camera. There is absolutely no reason to put another monitor, other than an EVF, on this camera. This camera has the potential to be a  darling if Blackmagic can move the design and features forward.

While most of my shoots are in HD. I figured you’d want to see a 4K example. Below is a TV News promo which was all shot in 4K ProRes HQ.

In the process of preproduction I had a few music videos who influenced me and I have to give a shout out to Cale Glendening.  He has a music video that is just beautiful and I feel I might have borrowed a little bit too much from his original ideas. It was unintentional and I want to give him the credit he deserves.

You Knew Me When