The Micro Cinema Camera Becomes The Crash Camera For Hollywood

I am going to assume if you’re reading a website like PVC and chose a topic about cameras made by Blackmagic then you likely already know about movies like “Jason Bourne” and need no explainer for the type of action film it is. If not, think docu-action and high intensity. It is exactly the type of film where many different camera angles are needed to keep the intensity high.

For example, Meglic used five Micro Cinema Cameras to help capture the final car chase scene in the film, which took place on the Las Vegas strip. Mounted to the side of an S.W.A.T. truck, the Micro Cinema Cameras captured all the action as the truck plows through rows of cars on the strip. “One of the most important things when shooting action scenes for any movie is to stay consistent with the established look of the movie, so once you transition to an action scene, there’s no difference to the eye, and it feels like the same scene and style,” explained Meglic. “On ‘Bourne,’ it was especially important because of the particular visceral documentary style of the film.” 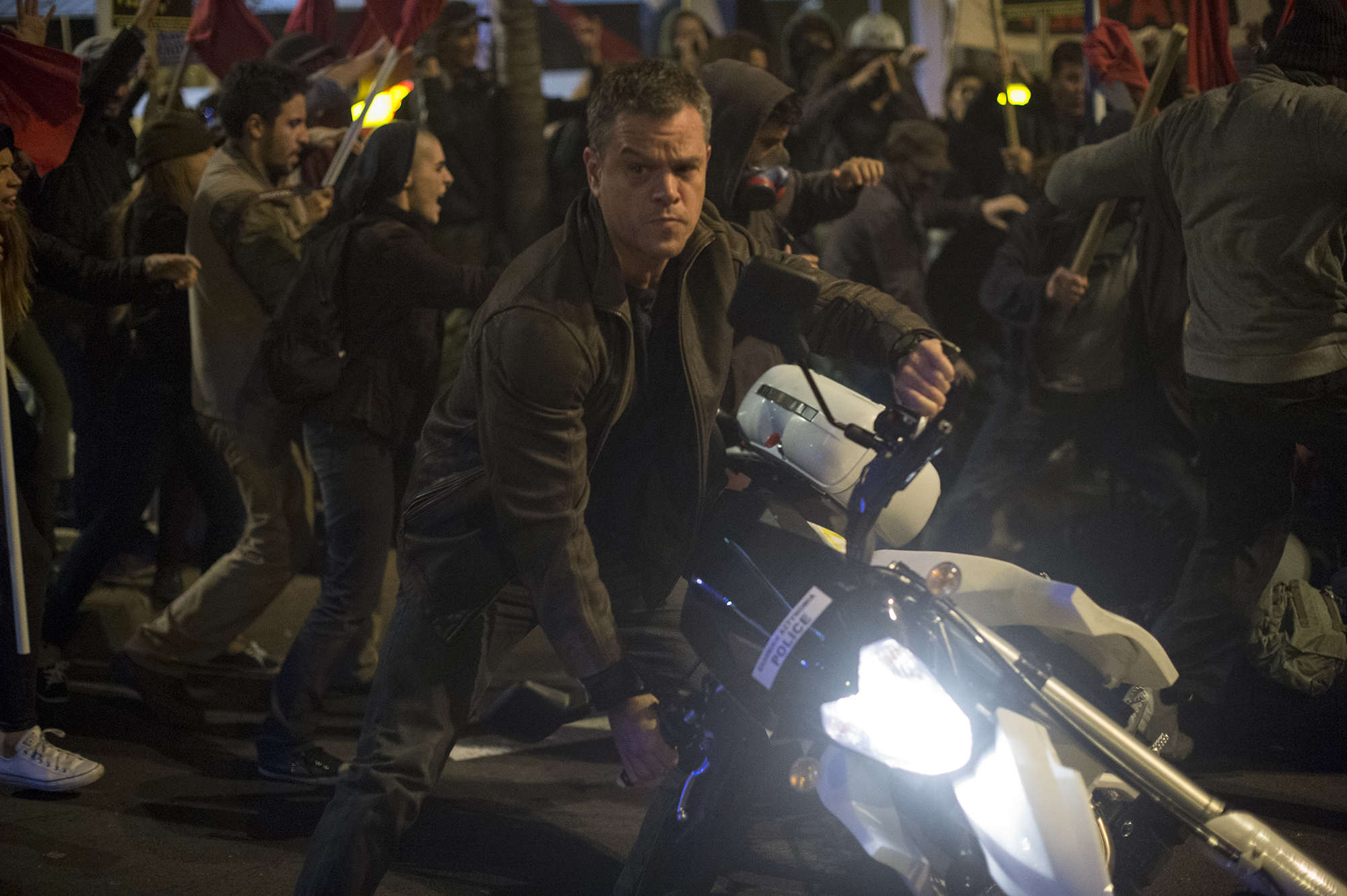 Meglic said, “We chose the Micro Cinema Cameras and Pocket Cinema Cameras because of the combination of size and performance they delivered, which in turn helped us match the look and style of the film. I haven’t found another camera that will deliver on those two things: being as light as they are while still delivering the image quality needed to blend in with the A cameras. I always try to extract as much as I can from a camera, so they are dealing with good footage in post, and the dynamic range on both cameras was very good.” 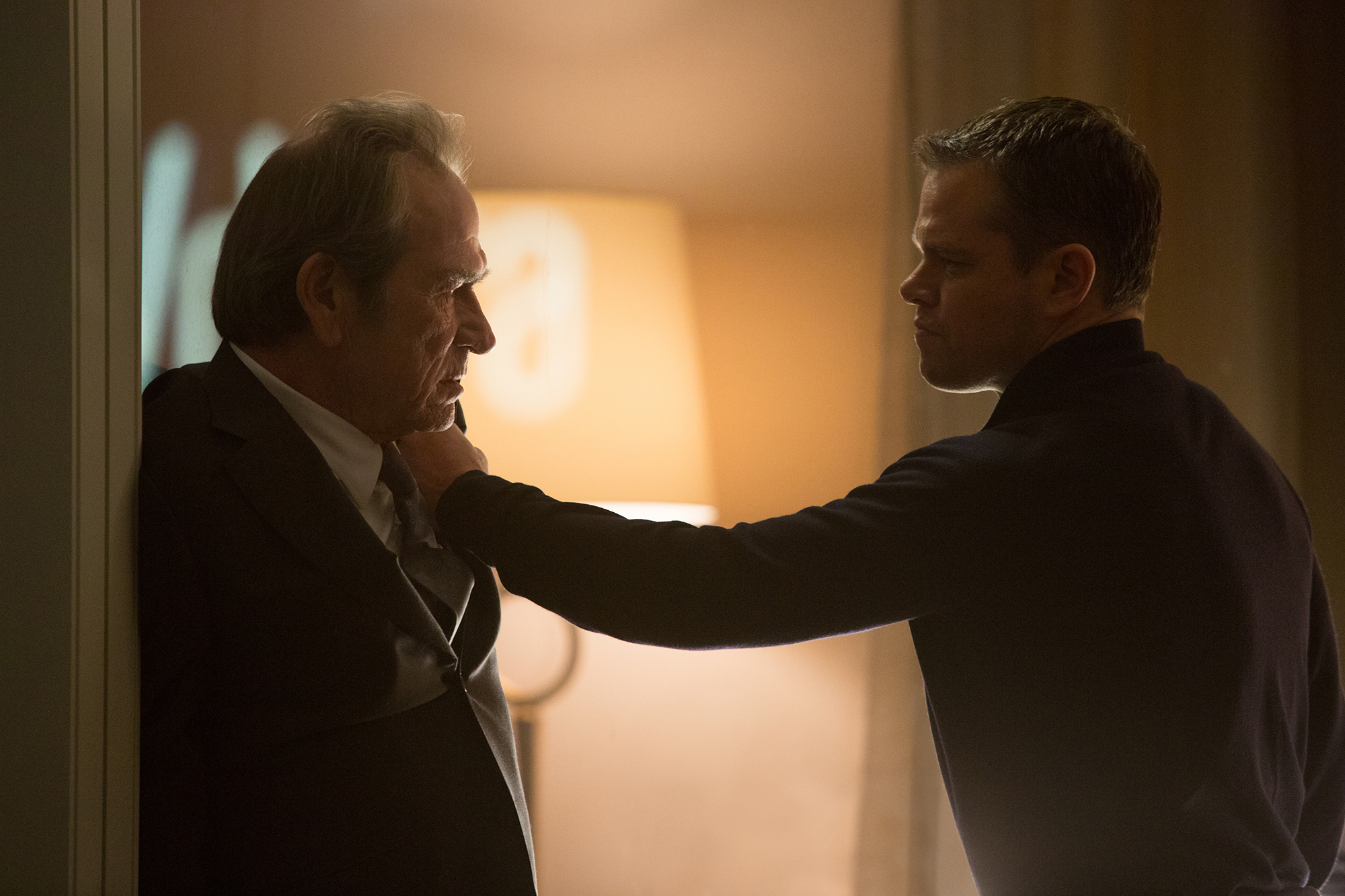 “Cutting to these mounted shots really quickly gives your senses a jolt, and you see cars flying right by the cameras,” said Meglic. “In the same sequence, the car that Bourne is driving jumps onto the S.W.A.T. truck, and we put a Micro Cinema Camera on the ground right in front of the truck. We timed it so the camera captured Bourne’s car landing on the truck as the truck drives right over the camera. Our Key Grip Peter Chrimes had built a little cage for the camera, and even though all 8,000 lb. of a truck ran over it, the camera survived.”

Several Pocket Cinema Cameras were also used during a chase scene in the Canary Islands. “We used three Pocket Cinema Cameras for a motorcycle and car chase scene, which required a very light camera that could be mounted onto the helmet and body of the stunt person on the motorcycle,” explained Meglic. “This was pretty serious stuff, and we had the guys going up and down stairs, over jumps and down very narrow alleys and streets. We used the footage for great POV shots.” So again, the Pocket Cinema Camera and Micro Cinema Camera seems to have become the go to POV and crash cameras of choice. It makes sense really. Both cameras shoot raw footage have 13 stops of dynamic range resulting in highly color gradable footage. Yet, there are other applications for small cameras.

If you hold a Micro Cinema Camera up to a corner of a room you will see Blackmagic made the body of the camera to be flush with the two walls with just enough space behind the camera to fit a battery. This means one can mount several Micro Cinema Cameras in a row to make a VR system. This is exactly what they did on “Jason Bourne.” The production used Micro Cinema Cameras set up as a four camera array system, all shutter and genlocked together with a single point trigger, the footage captured was then displayed on overhead panels while shooting the corresponding green screen plates with the actors. The Micro Cinema Cameras were positioned to shoot left, right, front and rear, creating a 360º shot of the area. Along with the plate cameras in the vehicles, all cameras recorded timecode so each exact frame of the plate shot would correspond to the lighting environment shot, creating a perfect match up.

In the end, Blackmagic has found a way to make an incredibly small camera capable of capturing incredible footage. I think we’ll see many more DPs turn to the Micro Cinema Camera as a great addition to any action scene they need to capture. 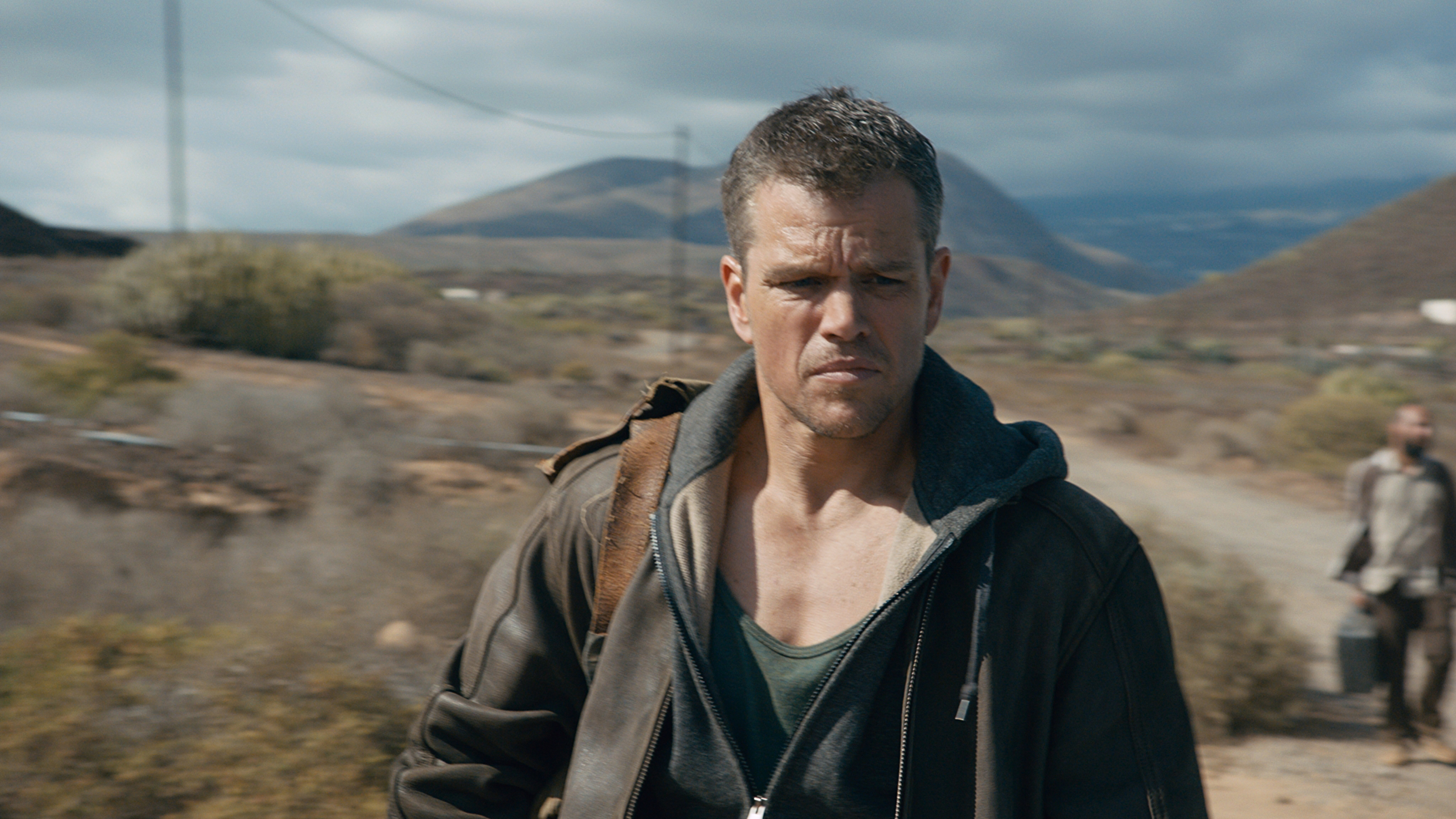