In what was a pre-NAB post-Christmas big bag of goodies Blackmagic held a live-stream press conference on March 2 and introduced a batch of products that most would have thought to be the cornerstone of their NAB announcements. While I’m sure the new URSA Mini Pro will be all the talk it’s the two new color grading panels for Resolve that are of interest to many of us in post-production.

I’m not sure I believe Grant Petty’s statement in the press conference when he said “more people are editing now on DaVinci now than actually doing color correction” but okay. There’s no denying that BMD are wanting editors to edit in Resolve and these new panels might just push some full workflows into Resolve for creative offline if they know they can now affordably use panels with Resolve. It also might mean there’s a few dedicated colorists out there shaking their fists in anger.

The full press conference is available below.

It’s a good watch to see these panels demoed and hear the reasoning behind their creation. To get a more detailed look at the new Resolve panels check them out here. You can get your credit cards out and buy them now. 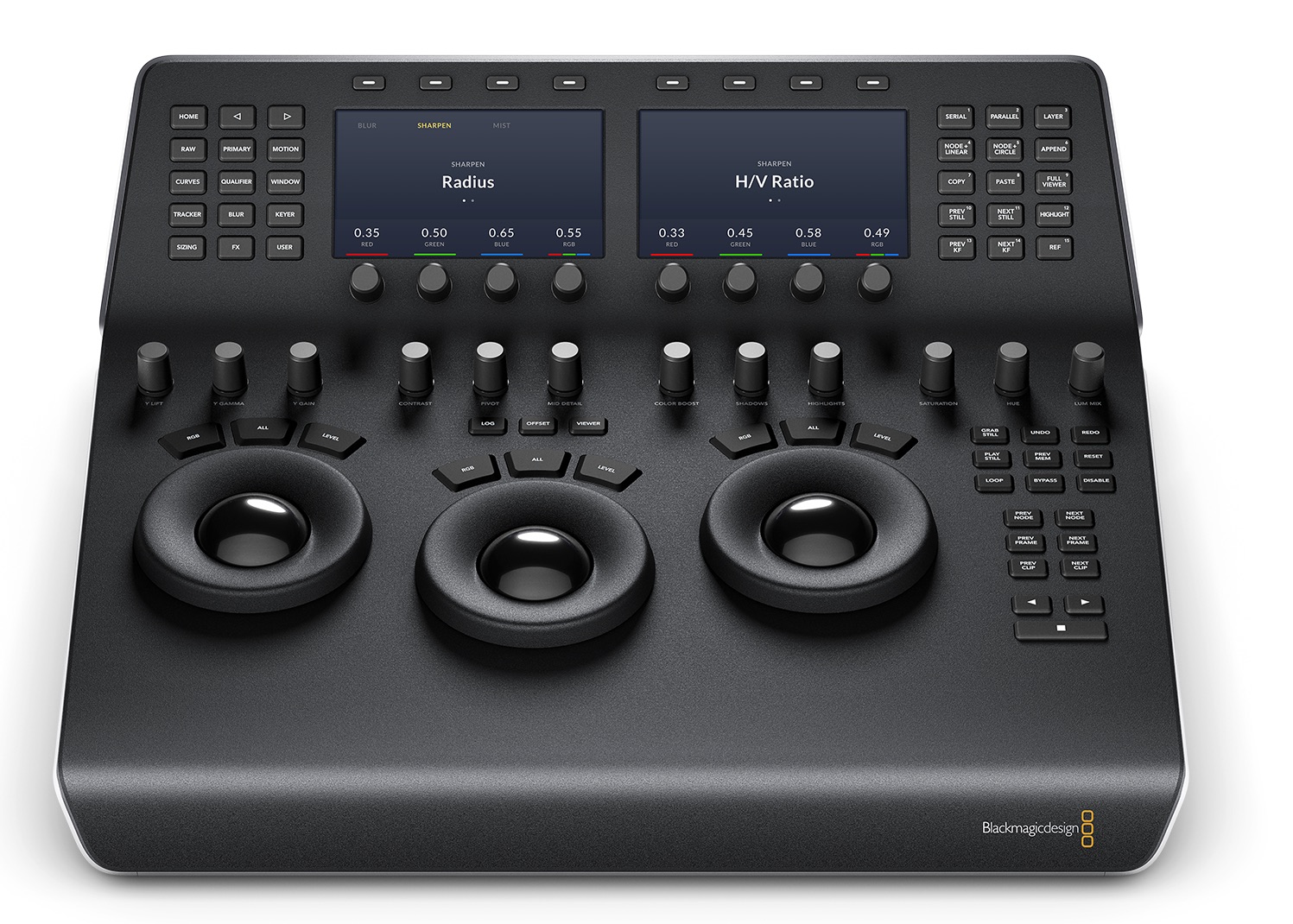 The $2,995 DaVinci Resolve Mini Panel is a scaled down version of the OG, big-boy DaVinci Resolve Advanced panel. It’s biggest advantage over the smaller Micro panel is that is has a number of one-button controls built in.

Some of the features of the Mini include:

According to Grant these panels have the look and feel of the $30,000 Advanced panel so it should be a pretty seamless transition from one Resolve panel to another.

Features of the Micro include:

The $995 DaVinci Resolve Micro panel is by far the most affordable Blackmagic panel and takes aim squarely at Tangent as the “cheapest” grading panels out there.

You can buy these new panels now at any of those places you buy Blackmagic products.

It seems like Blackmagic is taking aim at Tangent and their affordable panels like the Ripple, Wave and Element system. In fact the press release even mentions “cheap panels on the market.” I don’t think it’s quite the dig that it sounds as Grant made it a point to mention in the news conference that BMD appreciates that these “cheap” panels have brought color grading to even more of the masses. That translates as bringing more people to Resolve as well as there wouldn’t be as many dedicated Resolve users out there if it wasn’t for the Tangent panels which have been around for years.

Tangent made a big splash at NAB 2016 when they introduced the Tangent Ripple. It truly was (and still is) the most affordable grading surface out there. I don’t see the Resolve Micro Panel killing off the Ripple as the Ripple has a few advantages:

But Grant is right that the Ripple is plastic and will feel like a lower quality product. Since it doesn’t have extra dedicated buttons it really is a panel you’re using mainly for the dials and trackerballs. I see them as different products that can co-exist though when you do see them side-by-side they look quite different. 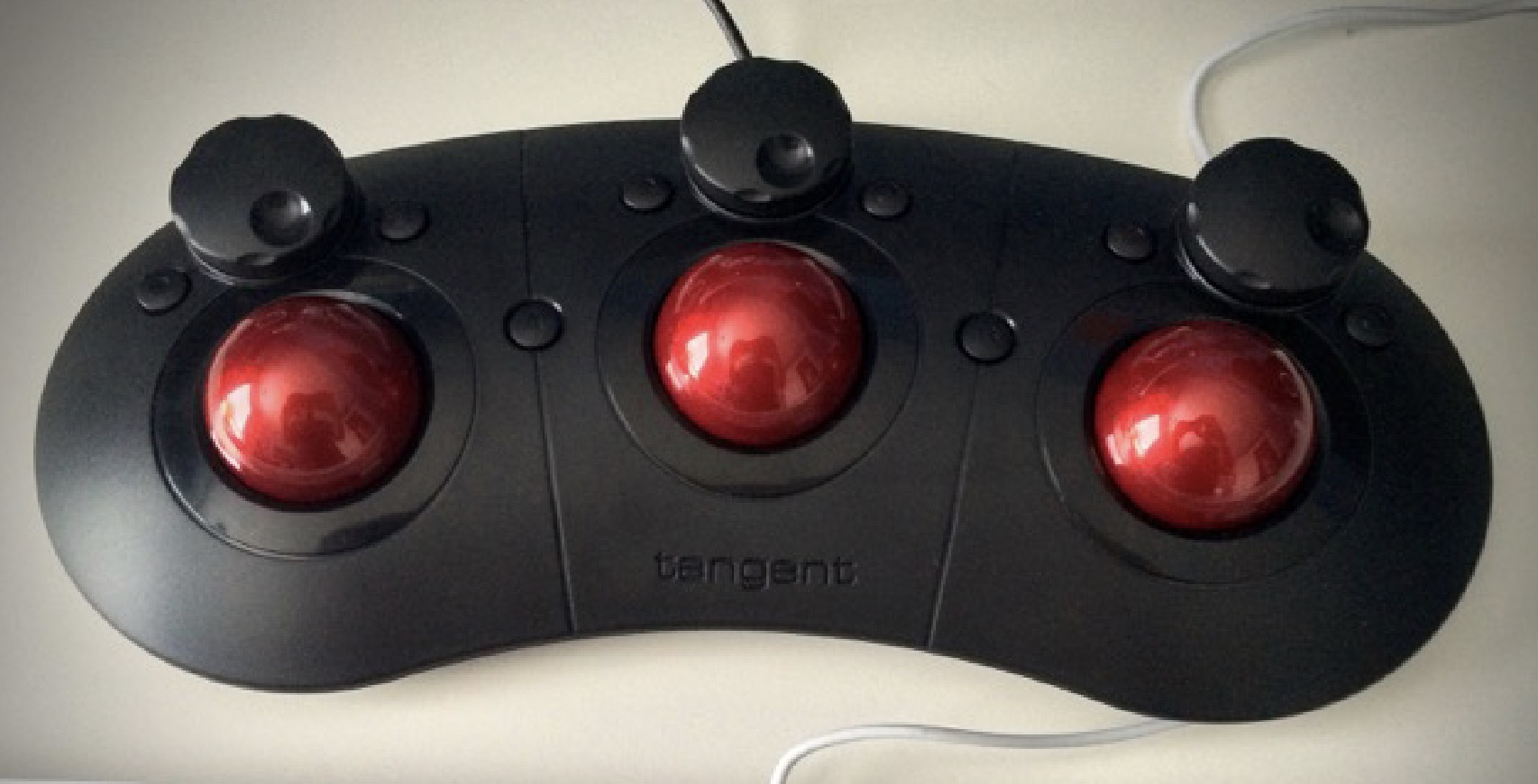 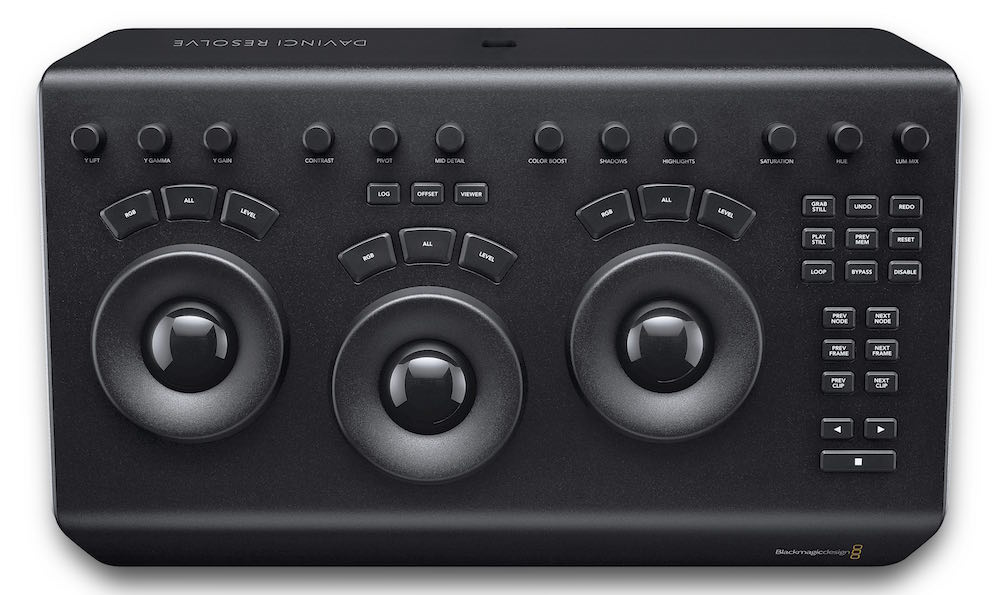 The real questions is how will the Tangent Wave and Tangent Element fare again the Resolve Micro and Mini. I think those Tangent panels are most vulnerable in the market with these new Resolve panels out in the wild. But they still have the advantage of working with software beyond Resolve. As Adobe Premiere Pro CC continues to mature and update the Lumetri color tools we can expect to see more products using it and staying in the Premiere pipeline as that Resolve conform is something many will try to avoid. I can’t help but wonder if someone somewhere somehow will make these new Resolve surfaces work with Premiere Pro since it can support color control surfaces now. Sure the buttons and knobs wouldn’t be quite the same but a lot of if would.

UPDATE 3-3-17: Alexis Van Hurkman has taken an early look at these new panels and this is what he says about non-Resolve software support:

“The only caveat I would mention is that this panel only works with DaVinci Resolve. If you’re someone who uses a variety of panel-aware applications and you want a panel that can drive them all, you’ll want to look to Tangent Design, Avid, JL Cooper, or OxygenTec.”

The other real question is what does Blackmagic have left to introduce at NAB 2017? An affordable grading monitor? Their own Blackmagic branded drone? A Resolve-branded PC with Resolve-branded GPUs? The Resolve RAID? The Blackmagic Car? Maybe they’re just taking a different approach to NAB now and getting out ahead of the scrum of new NAB products. But I bet they still have something new that they will show us.