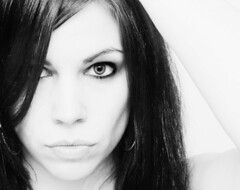 The last several years have seen dramatic shifts in how we view video on the Web and how we produce web video. First of all, bandwidth has constantly expanded. Standard broadband (3Mbps) has given way to turbo broadband (6Mbps to 10Mbps). Now even faster options are emerging, such as Verizon’s FiOS, which clocks in at 50Mbps. The days of nervous excitement while a technician comes to hook up your T1 line (1.5Mbps) are long gone; not surprisingly, faster pipes have paved the way for larger and better video.

The term “HD web video” is even murkier than the format wars we’re accustomed to in HD production; nevertheless, it’s impossible to ignore the amazing picture quality that’s now pumping through the World Wide Web. Five years ago, web video at 640×480 and 30fps dazzled, but in 2009, it’s so low-res and so … five years ago. The once-acceptable 320×240 video clip is now just about extinct. As a consequence, audiences expect both more content and more production value. As qualified producers step in to fill demand, there’s more competition for eyeballs. So in order to gain traction with an audience, you’ll need to produce your program well and often—and therefore quickly.