If you didn’t already know, hockey teams are a competitive bunch. No sooner had we posted about the LA Kings using Adobe Premiere Pro to edit the Stanley Cup Moments series than we heard from the Chicago Blackhawks. Patrick Dahl, co-founder of the team’s video production company Banner Collective, informed us that his friend Aaron Brenner was not the only one using Adobe’s video workflow to edit amazing hockey content. After a busy month covering the playoffs and ultimately another Stanley Cup Final victory for the Blackhawks, Patrick shared his perspective on why Adobe Premiere Pro is the right solution for his team’s fast-paced workflow.

Adobe: How did you get your start in video production?
Dahl: After film school I moved to Los Angeles, like many do, but it wasn’t for me. When I got the opportunity to move back to Chicago and work with the Blackhawks, it was a dream come true. This was about five years ago, and the team was just beginning a resurgence under the leadership of owner Rocky Wirtz and Team President John McDonough. I started out just doing nuts and bolts game and practice coverage but eventually moved on to more creative projects. The first year I was there we worked with the team to produce some fake political ads in association with the All-Star game. They were picked up by Sports Center in the U.S. and Canada. It really showed us the power of video and what we could do to market the team.

Adobe: Why did you feel you needed to market the team?
Dahl: The Chicago Blackhawks were one of the six original members of the NHL. However, we’d suffered from a decade of ambivalence, so there was a lot we needed to do to reengage our fans. We had a lot of great personalities on the team and we wanted to showcase them through video. Jay Blunk, the Vice President of Business Operations, committed to expanding the video department, and we created a TV show and an online brand called Blackhawks TV. We hired a team of incredibly talented video producers who excelled at creating funny, behind the scenes, personality driven content. The video content really took off and was very popular with fans. This new approach coincided with the year the team won the Stanley Cup and we’ve only continued to grow and expand our content from there.

Adobe: How did you decide to create Banner Collective?
Dahl: Danny Wirtz, an Executive Vice President at Wirtz Corporation, saw the great work we were doing and approached us about doing some independent video production for his company. It was his idea to pull our department out of the Blackhawks organization and start a new company that does video production for the Blackhawks, but also sells services to outside companies. Dave Knickerbocker, who ran the Marketing and Sponsorship Departments for the Blackhawks, came with us and runs the business side of our video production company. That’s something that makes us unique—we have staff dedicated to client services and making sure that our new customers are comfortable and looped into the production process. Our partners have really responded well to it, and that’s great, because we love making hockey videos, but it’s also nice to have other avenues to be creative.

Adobe: What do you like about working with Adobe Premiere Pro?
Dahl: In hockey, something that happens on a Monday can be obsolete on Friday, so extremely quick turnaround of video content is really important. We shoot with different cameras and different formats and Adobe Premiere Pro streamlines getting all of that footage into the same project so we can move right into the storytelling. We don’t have to stress about organizing or importing clips.

Adobe: Why did you decide to join Adobe Creative Cloud?
Dahl: We are proud members of Adobe Creative Cloud. We started working with Adobe Premiere Pro CS3 and it is incredible how far the software has come. We want to evolve with the technology, so it is really cost effective for us to be members and receive all of the updates when they are available. Adobe invests in and evolves its products. Why wouldn’t you want access to all of the great new offerings?

Adobe: How does Adobe Premiere Pro compare with other NLEs?
Dahl: The Blackhawks play at United Center in Chicago, which uses an Avid storage system. We purchased Avid so we could integrate with that system, but we’ve found that everything that is great about Premiere Pro is the exact opposite on Avid. Even dragging footage from one location to another is tedious. We knew it wasn’t a great long-term solution for us. Most of the people we hired grew up on Final Cut Pro, but we researched and compared that solution to Premiere Pro and felt that Adobe’s offering was better so we went with it.

Adobe: Was it easy for your editors to learn Premiere Pro?
Dahl: As it turns out, the learning curve was really short. Within a week people felt ridiculously comfortable and now there isn’t one person who is interested in working with Final Cut Pro. We’re all Adobe evangelists now! 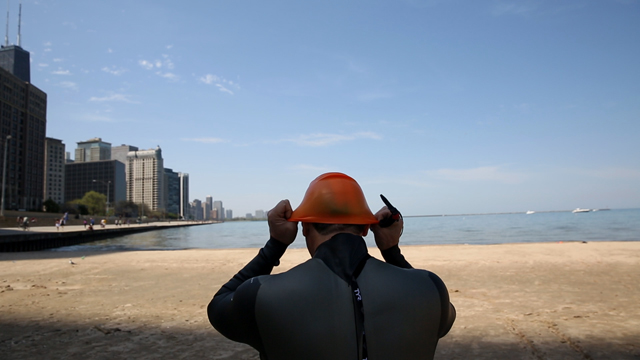 Banner Collective has also done pro-bono work, such as this video for an individual running in the Ironman Corporate Challenge to raise money for the Mayo Clinic.

Adobe: What other apps and services do you use through Adobe Creative Cloud?
Dahl: We use Adobe After Effects, Photoshop, and Illustrator as part of our video production workflow. It’s great working with products from the same family. We can take a layered object from Photoshop and put it in After Effects or Premiere Pro and all of the layers stay intact. It makes what we are trying to do even more seamless. One other aspect of Creative Cloud that we’re really excited about is the integration of Behance. This is a great new way for us to share content and enhance our work.

Adobe: Do you work with other groups within the Blackhawks organization?
Dahl: We work closely with the Blackhawks sponsorship and marketing departments. When they come up with a specific look or campaign using Photoshop, Illustrator, or InDesign, they send us those major design elements and we use them to come up with the look for what we’re creating and incorporate those elements into lower thirds and graphics. Our work varies greatly, from a one hour documentary to talking head videos to highlight reels and behind the scenes content. It’s great to be able to easily produce content that has the same look and feel as other materials from the organization. 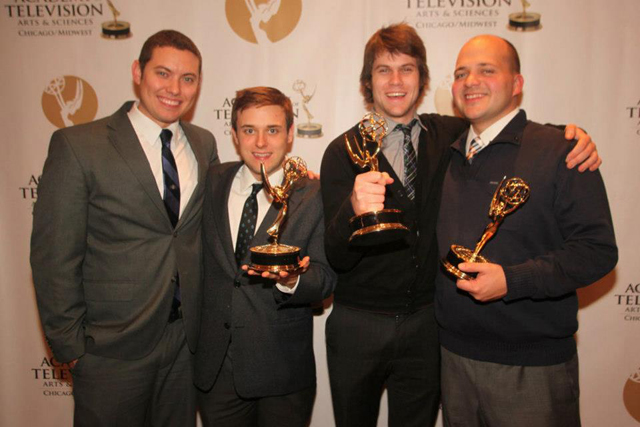 Adobe: What’s next for Banner Collective and the Chicago Blackhawks?
Dahl: Well, our first priority was to cover the Stanley Cup Final in the most unique and high quality way we can. Throughout the playoff series we received unprecedented access, resulting in videos that brought the fans into the arena, onto the ice, and inside the locker room. We feel that this type of storytelling is only strengthening the bond between the fans and this great team. Outside of the Blackhawks, we are extremely busy informing companies of our business model and trying to position Banner as their solution for high quality creative video work using Adobe video solutions.