Band Pro will be present at IBC, in Amsterdam, with the Raptor prime lenses from German manufacturer IB/E Optics and other products, but the company indicates that a major announcement should be expected at this year’s IBC show. 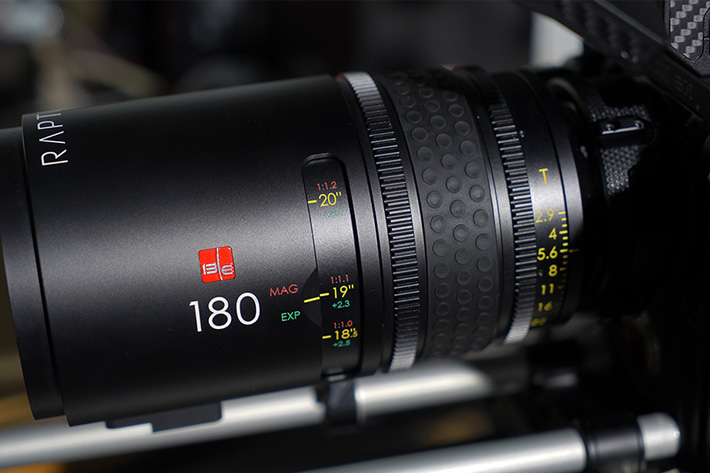 IB/E Optics believes that the future is in large format sensors, of which early examples include RED Weapon 6K and 8K, Sony A7 or ARRI´s new ALEXA65. Larger sensors deliver the film-look and an interesting bokeh due to their very shallow depth of field. These new cameras require lenses that can cover the larger sensor sizes. That’s where the Raptor lens family enters, offering a new macro family consisting of 3 focal lengths 100 mm, 150 mm and 180 mm initially, available this Summer and present at IBC.

The serial production Raptor prime lenses will be complemented with a complete array of IB/E Expanders, Extenders, and lens converters, allowing cinematographers to utilize their existing glass over the widest possible range of cameras and sensor sizes. The Raptor lenses are not the only product on show, though. As always, Band Pro will feature the latest focal lengths from award winning Leica Summilux-C and Leica Summicron-C lenses available from CW Sonderoptic.

Band Pro has announced they will feature major lens innovations at this year’s IBC show and,additionally,  a “major announcement” should be expected at this year’s show. Band Pro President and CEO, Amnon Band remarked: “We’re in a time of transition, with cameras and camera sensors changing fast. You want to capture in 6K, 8K, more K? Sure, no problem. What you really need now is high quality glass that’s future-proof and ready to work with the cameras that are coming. Visit us at IBC this year, and you’ll see some very interesting steps in that direction.”

Band Pro is exclusive distributor and reseller for most IB/E OPTICS cine products.