The American Society of Cinematographers to honor Director Denzel Washington with Board of Governors Award during the 31st ASC Awards. 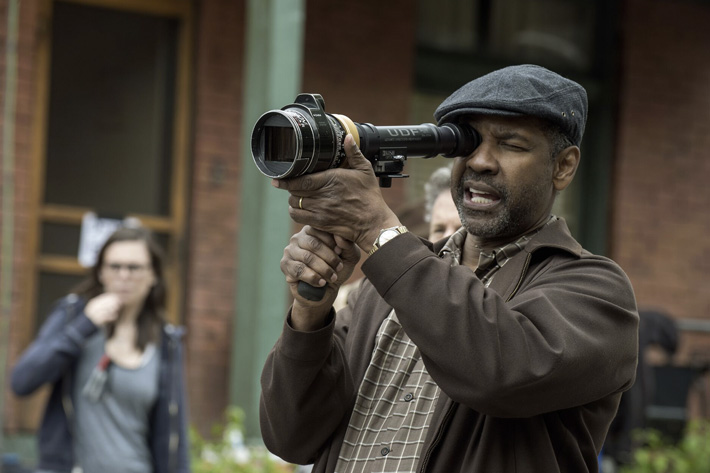 The Board of Governors Award accolade is presented to individuals in the industry whose body of work has made significant and indelible contributions to cinema. Denzel Washington is next in a long list of names.

Honoring one of Hollywood’s biggest icons, the American Society of Cinematographers (ASC) will bestow their Board of Governors Award on director Denzel Washington on February 4, 2017, during the 31st ASC Awards at Hollywood & Highland’s Ray Dolby Ballroom. It is the only ASC Award not given to a cinematographer, and is reserved for filmmakers who have been champions for directors of photography and the visual art form.

The director made his directorial debut with Antwone Fisher (2002). His second feature, The Great Debaters, followed in 2007. Washington’s current project is the critically acclaimed film Fences, written by August Wilson and based on his Pulitzer Prize-winning play, which will be released on Christmas Day. In addition to producing and directing the movie, Washington reprises his original Tony Award-winning role alongside Viola Davis.

“Denzel Washington is an amazing director and actor, and a conscious force in these challenging times,” notes ASC President Kees van Oostrum. “A true artist is empowered by the era they live in, and he expresses an awareness of the world around us through his work. It is that strength of character that we honor with the ASC Governors Award.”

Washington has starred in over 50 films and television shows, in addition to his theater roles and directing credits. He received his first Academy Award for the historical war drama Glory (1989) and a second for the crime thriller Training Day (2001). The actor began his career in New York theater productions, and rose to fame when he landed the role of Dr. Phillip Chandler on the NBC long-running hit television series St. Elsewhere. Washington’s other television credits include The George McKenna Story, License to Kill and Wilma.

When Washington crossed over into the world of film, he garnered critical acclaim for his portrayal of real life figures. He earned his first Oscar nomination for Cry Freedom (1987), as South African anti-apartheid activist Steve Biko. From there, he went on to portray Muslim minister and human rights activist Malcolm X in Malcolm X (1992), boxer Rubin “Hurricane” Carter in The Hurricane (1999), football coach Herman Boone in Remember the Titans (2000), and drug kingpin Frank Lucas in American Gangster (2007). He also starred in Much Ado About Nothing, A Soldier’s Story, Crimson Tide, Devil in a Blue Dress, and Inside Man.

Washington was mostly recently seen in Antoine Fuqua’s remake of The Magnificent Seven and before that, they teamed up for The Equalizer. The actor also appeared in 2 Guns and Unstoppable.

Washington is a recipient of the Cecil B. DeMille Lifetime Achievement Award, which was presented to him at the 73rd Golden Globe Awards earlier this year. He received a Golden Globe nomination yesterday for Best Performance by an Actor in a Motion Picture–Drama for Fences.

The American Society of Cinematographers (ASC) is a nonprofit organization dedicated to advancing the art of filmmaking. Since its charter in 1919, the ASC has been committed to educating aspiring filmmakers and others about the art and craft of cinematography.