One of the most intriguing things I saw come out of NAB 2017 wasn’t on the show floor of NAB but rather an image that popped up on Twitter out of the Avid Connect event held in the days before NAB began. It was the result of an Avid Customer Association survey as to what editors wanted to see in upcoming versions of Media Composer. Since this image was publicly tweeted out by Avid it’s worth dissecting.

I can’t remember another such detailed look at what is a potential roadmap for upcoming features and future development for any of the major NLEs. Usually this kind of thing is kept under wraps. I’m sure such a public discussion makes the engineers shudder in fear as there are a ton of things that can derail a planned feature release. Media Composer has been on a big update path in recent years getting a ton of much need features as well as some cool new stuff along the way so seeing what is on the horizon should give Avid editors more confidence in their tool. Kudos to Avid for showing this publicly.

But it is worth noting that as Avid moves forward into the future Media Composer isn’t one of their biggest money makers as they would much rather sell you server hardware than editing software but they’ll be more than happy to sell you Media Composer. Witness their recent ads touting that both FCPX and Premiere Pro “runs better on Avid.”

I didn’t hear a lot of buzz around this Media Composer slide that was shown at Avid Connect. I’m not sure if there was a presentation on the main Avid NAB stage where it was shown. Perhaps everyone was talking about the current Avid CEO’s new book The Storytellers Dilemma about media disruption. People were talking about it all right. But let’s take a look at what might be coming to Media Composer. And remember … all this is subject to change. 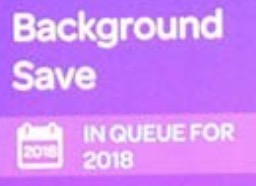 Background saving is one of those features that I think most editors in 2017 wonder why it isn’t in every NLE out there. FCPX has it. Resolve 14 added it. Adobe Premiere Pro CC doesn’t have it. One shouldn’t confuse background save with autosave which is a different thing. Autosave creates a separate project file and editor can go back to while background save is a save of the existing project. And what we most want background save to do is not interrupt our work … which autosave often does. 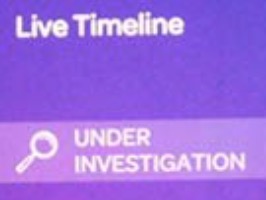 Personally I think this is the biggest and most important item on the list. There are few things that make Avid Media Composer feel more aged than jumping onto MC after working for weeks on Final Cut Pro X or PPro and not being able to do simple timeline things (zooming, muting clips, adjusting little things here and there) without the playback stopping. It just doesn’t feel as good. I was once told that this would be a big architecture change to the playback engine so I guess that is why it is listed as under investigation. I hope the research yields real results. 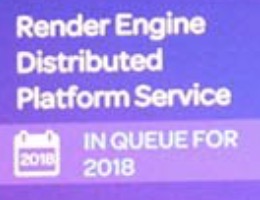 I guess this means being able to use multiple machines on a network for rendering. That certainly can’t be a bad thing as the more power the better. We are living in more of a realtime world than we have been in years past so this might not be high on the single editor’s list but for facilities or finishing I’m sure it is huge. 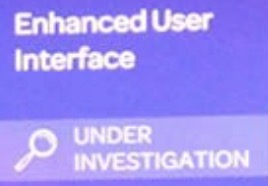 I’m speculating here but I get that those voting for changing the user interface are a lot of editors coming from other platforms. The MC interface is a tried and true look and feel that isn’t flashy but it quite functional. Plus I’m sure the engineers know that any changes to the interface invites the wrath of the old school Avid editors who despise any change to anything whatsoever. What I would like to see is some way to better manage all of the many different windows one might end up with. While we do have the ability to save Workspaces there’s no way to easily and quickly adjust them without a ton of clicking and dragging. The fact you can’t adjust both the size of the Timeline and Composer easily with one click/drag contributes to that feeing of the interface being old. 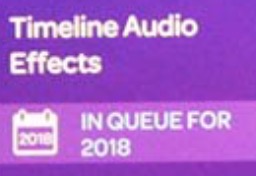 I’m honestly not sure what this would be since we already have a form of timeline audio effects. You can apply Audio Suite effects right to clips and RTAS effects to entire audio tracks. My guess this would be some kind of track based mixed where we have sub-mix buses as well as a master output that can take RTAS effects. That would be welcome as anything that could reduce the need for an audio mix down is a good thing. 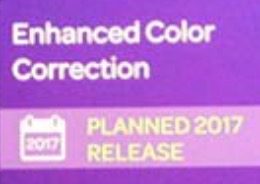 Since this says PLANNED 2017 RELEASE there are a lot of editors and finishers rejoicing. As awesome as Resolve is and as powerful as Baselight Editions can be there is still a lot of color correction done right in Media Composer and Symphony since the integration to the timeline is so darn tight. The color tools have long needed updating (much better video scopes anyone?) and I think many of us though that ship had sailed and Avid had conceded this tool to the third party. 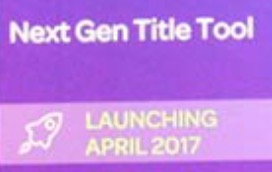 This was another surprise as many people though that the bundling of New Blue title tools meant that any new titling advancements in the future were going to lean on Avid partners and third party developers. I’m guessing Avid got a lot of blowback on this because the New Blue tools can be tricky to use and aren’t designed for quick and easy title creation. I think putting resources toward a “Next Gen” title tool shows how much network television is still finished entirely in Media Composer. 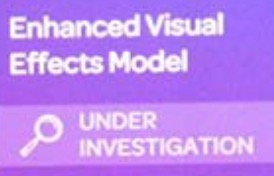 While personally I don’t have a ton of issues with the Effects Editor and the advanced keyframe graph (well maybe it just seems to create so damn many of those pink keyframes when things get complex) I don’t do a ton of Avid effects (how about a more robust path to After Effects?). There was a time when creating animations in Media Composer was much more difficult. Keyframing aside Media Composer does feel downright ancient when you begin stacking effects and working to build up layers of clips to create interesting composites which brings us squarely to the next one … 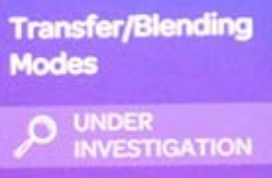 It’s borderline incompetence that Media Composer still lacks basic blending and composting modes. This should have been added natively years and years ago but alas here we are in 2017 without it. Yes there are plugins that can do transfer modes and yes you can work around this way and that way and get blending modes but that doesn’t make the fact they are natively missing from Avid Media Composer right. Because it isn’t. 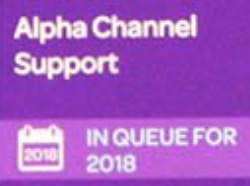 There is some alpha channel support in MC already (creating a title in the title tool is based around alpha channels). But I’m guessing this goes beyond the importing of PNGs and TIFFs with alphas into more advanced codecs like ProRes 4444 maybe realtime alpha support without have to created new media files. But then again I don’t really have any idea so if you do please comment below. It says “in queue for 2018” so I guess we will see next year. 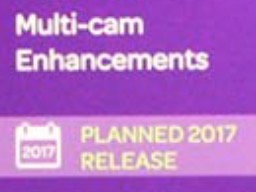 Like the Live Timeline mentioned above editors coming to Avid from any other NLE that has worked extensively with multicam often feels severely limited when working in Media Composer. Once your multicam groups are set up it’s not too bad but the age of Media Composer multicam shows when setting up mulitcam edits (you’re often limited to IN/OUT points and auxiliary timecode) and modifying mulitcamera groups (you can’t). Sure a perfect mulitcam shoot with matching timecode means it’s an easy setup but how often do we have that these days? While Final Cut Pro X gets much deserved kudos for its very well done implementation of multicamera editing I personally think Adobe Premiere Pro CC sits at the top of the multicam heap due to a few of its features like being able to create a multicam “group clip” from a sync map. Regardless I’m sure multicam editors everywhere are looking forward this “planned 2017 release.” 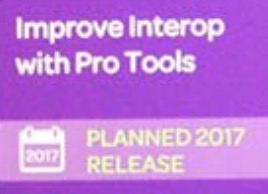 This is one of those things that when talking to both Avid editors and Avid engineers they will just gaze down at their feet and shake their heads. Let’s see: Avid owns and develops Media Composer. Avid owns and develops Pro Tools. Media Composer is the tool that cuts most of the films and television you see. Pro Tools is the tool mixes/sound designs most of the films and television you hear. Why can’t you easily get a mix back and forth between the two with literally a single click?

That might be a little harsh as Adobe hasn’t gotten the integration between Premiere Pro and Audition quite down to a one click back and forth yet but it’s a lot closer that the MC/Pro Tools integration. We also have to remember that Avid has owned both Media Composer and Pro Tools FOR YEARS AND YEARS. This should have happened long before 2017. 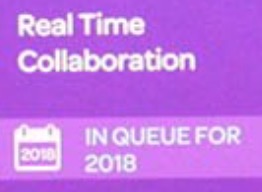 Collaboration is a huge thing these days and while Avid has long been the king of shared editing and productions I wouldn’t call that “real time.” If fact I don’t think anyone has cracked this nut as of yet though Adobe is trying to some extent with Team Projects. Blackmagic is also trying with their Resolve 14 update. As an editor I don’t know how “real time” I might want collaboration as I can’t imagine why I would every want to work on the exact same timeline as another editor because that just seems like frustration waiting to happen. But if you think about multiple editors on the same show you could have an assist working on a string out of the entire program while a finishing editor is working color and putting in graphics and another craft editor is making last minute changes. If that nut can be cracked then Avid has achieved something quite amazing. 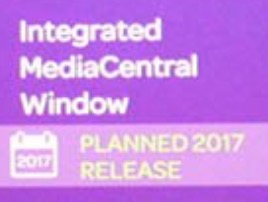 The Avid MediaCentral Platform seems to encompass so much stuff today that I don’t think anyone short of Avid CEO Louis Hernandez himself (hey did you read his book?) can explain it all. And even then I don’t think he can do it. But if you’ve ever used tools like Interplay (and from looking at the website Maestro) you can see that a lot of these products look very different than Media Composer. While an “Integrated MediaCentral Window” isn’t going to make them all look the same maybe this means they will all work more seamlessly as you won’t have to leave the Media Composer application completely to use them.