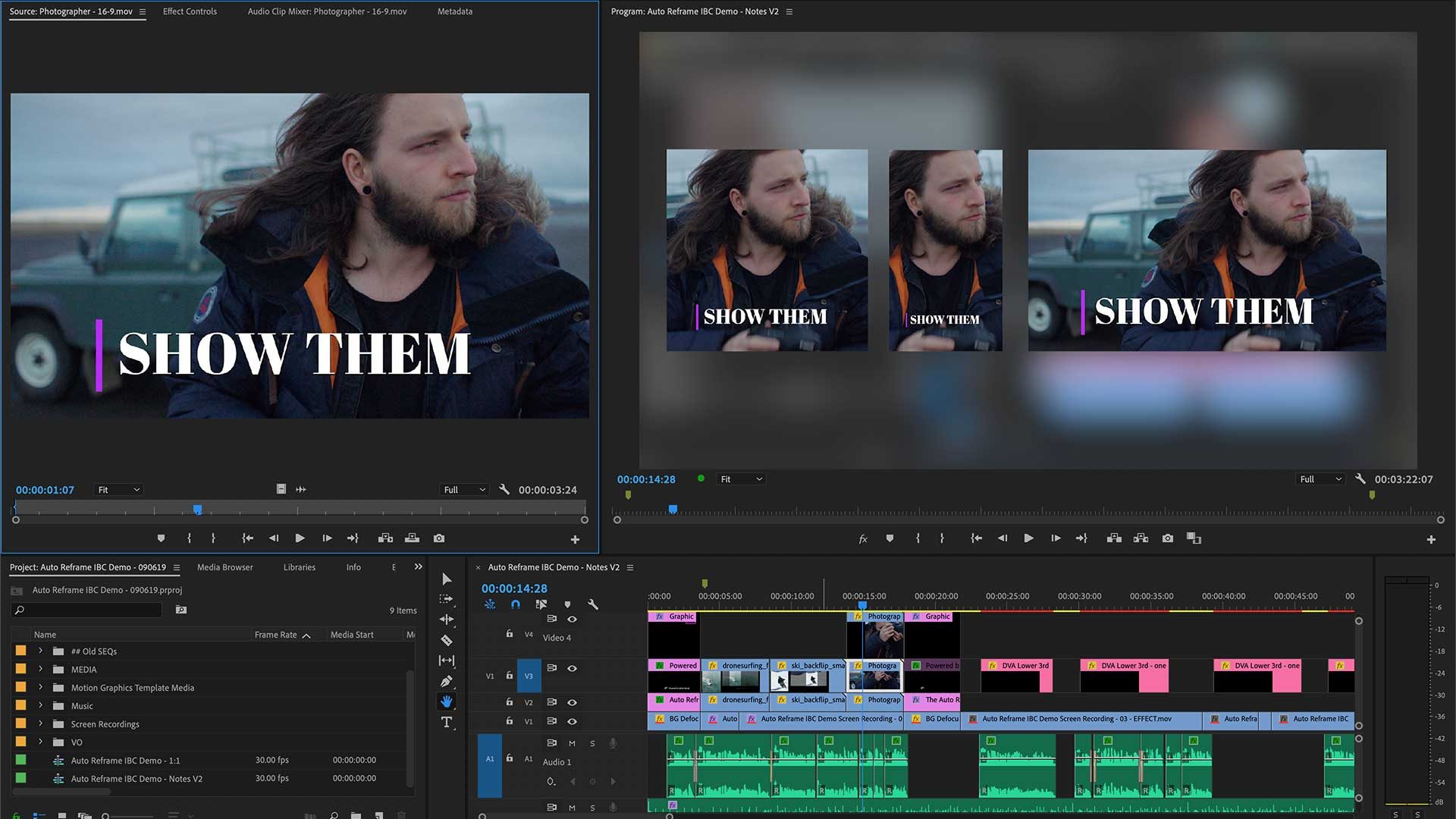 What’s the most dreaded words that an editor can hear once their meticulously made marking masterpiece is ready for the world? No, it’s not “Can we make one more change?” but rather …

“Can we make a version for social?”

“Why can’t someone make an automated reformatting tool for this?”

It’s this tedious process that Adobe is trying to make less painful with the introduction of Auto Reframe, a new feature that will be coming to Adobe Premiere Pro later this year. Powered by the ever amazing and increasingly useful Adobe Sensei, this technology has been previewed already but we’re finally going to see it in Premiere. Project Smooth Operator will ship!

It’s billed as “dynamically adjusting aspect ratios” for different shapes and timeline aspect ratios. What’s interesting is that, partially, Auto Reframe will be an effect located in the Transform category of the Effects tab. 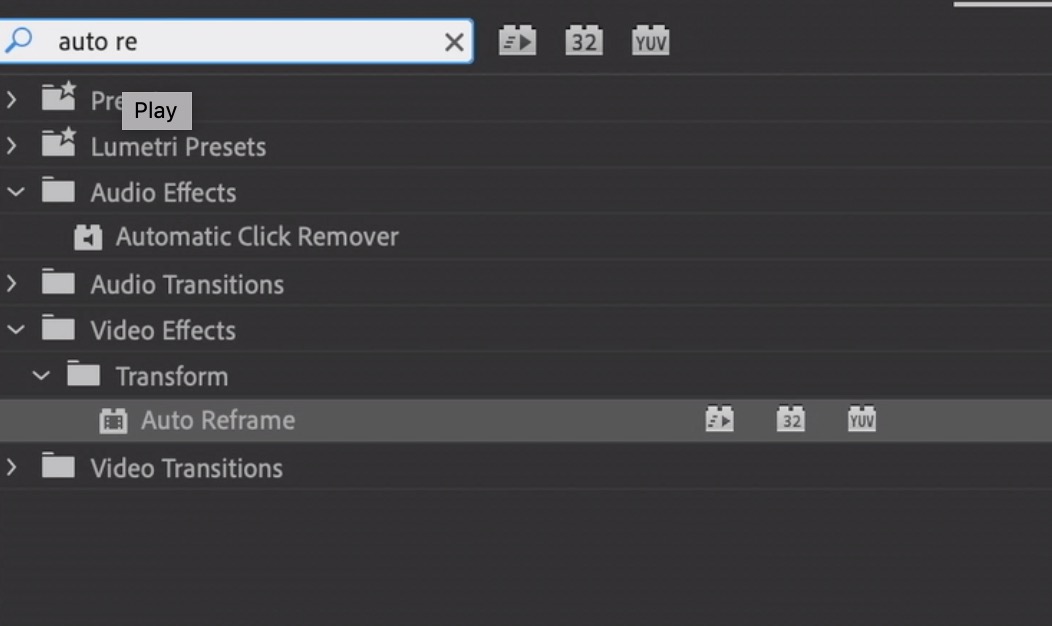 There’s options for fine tuning the results depending on what is in the shot. Just like the good old Warp Stabilizer effect there’s an Analyze button and we can assume as you add frames while editing you might have to reanalyze. But then again who will add more frames to a shot after reformatting for social as you’ll be picture locked right?? The engine will add keyframes and pan and scan around the image to keep the subject in frame. What if you have two subjects? Well, it probably can’t do everything. 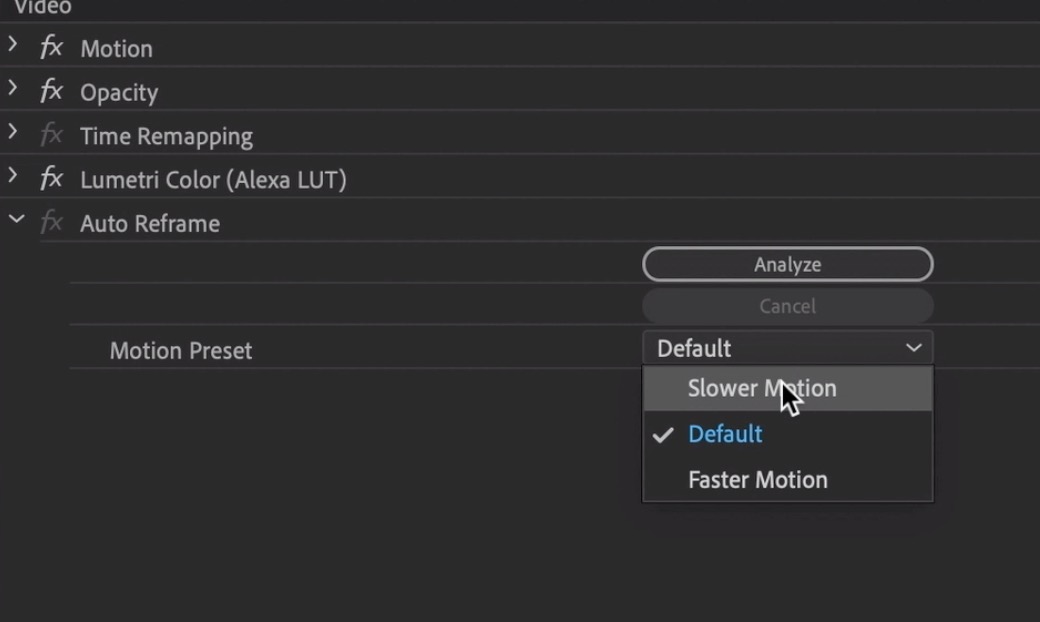 This is like the holy grail of social media reformats as Auto Reframe Sequence looks like it will attempt to adjust graphics and text to fit into the new aspect ratio, not just video footage. I doubt it will always be perfect (no automagic ever is) but it looks like it could be a huge timesaver as social media reformats can be a big time suck. As an editor who sometimes bills by the hour I guess that isn’t good for me but since social media reformats often feel like such busywork I’ll take the time savings this might bring. There is also an option to nest all of the clips in a sequence so that any manual key framing and adjustments you’ve already done will be preserved. It’s nice to have options and give the editor control. Control is good.

It feels like there is a lot going on under the hood here. There are also so many different things one can do within a social media video to gain and keep the attention of the inattentive viewer that I really find it hard to believe that we aren’t going end up with some comical reformats from this AI technology but as I mentioned above, any head start on this often tedious process is going to be worth it.

Stay tuned to Adobe Premiere Pro and your Adobe Creative Cloud app for the update, later in the year.