Some of their lessons learned shooting with the RED. 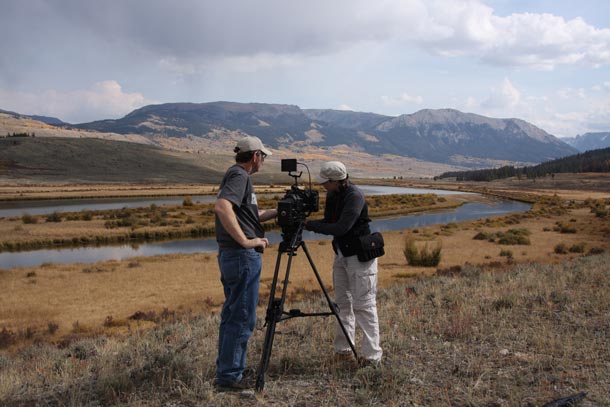 When we heard that Artbeats were shooting stock footage with their new RED One camera, we were curious to know what they had learned, including issues such as lenses (they ended up getting a Nikon mount and using SLR lenses while waiting for RED to produce cost-effective PL-mount lenses in greater quantity), image latitude (they feel the RED rolls off highlights and shadows better than their Sony F900R, giving a more filmic response), workflow (they transcode RAW files to DPX film-format files for processing in After Effects), and the such.

They were amazingly forthcoming with information, so we ended up writing up their answers as an article for Artbeats.com – you can download the resulting PDF file by clicking here. Click here to view the over 350 shots they’ve initially released, and here for more information on formats and pricing (depending on the subject matter, they’re releasing 2k to 4k wide shots in 2:1 or 16:9 aspect ratio; RAW .R3D versions are available for an additional charge).

Yes, we love Artbeats – but for good reason. We’ve known Phil Bates (president and founder of Artbeats) since he released his first stock footage library ReelTextures back in 1996. It was at a MacWorld show, and we spent what must have been an hour in his booth talking about what we wanted to see in a stock footage library (namely, high-quality versions of universal subjects such as fire and clouds that were difficult or expensive to shoot). His next several libraries were in that vein, and were shot on film – not the standard definition video formats which were far more common at the time. Ever since, Phil has remained fanatical in his pursuit of quality, from acquisition to transfer to color correction and rotoscoping. Moving to the RED to capture footage is just another step in that process, and his willingness to share what he’s learned in the process just shows what kind of guy he is.