The Amaran MX and Amaran F7 are some of the most portable LED lights you can pack with your gear. Small and powerful, these “take everywhere lights” are finally available, with accessible prices. 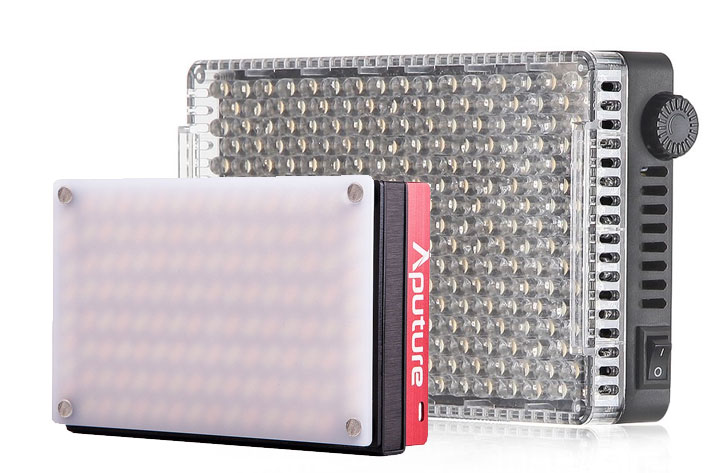 Boasting 1,200 lux at 0.5m the Amaran MX, from Aputure, is the brightest mini LED you can get your hands on. The other light, the Amaran F7, is half the depth of the popular Amaran 198, but offers twice the brightness.

Aputure first mentioned the new lights by the end of 2017, but now they are finally available, expanding the Aputure family of lighting solutions. The Amaran MX and the Amaran F7 pick on the legacy of previous models and take the concept further, aiming to offer professionals LED lights that are smaller and offer more light. 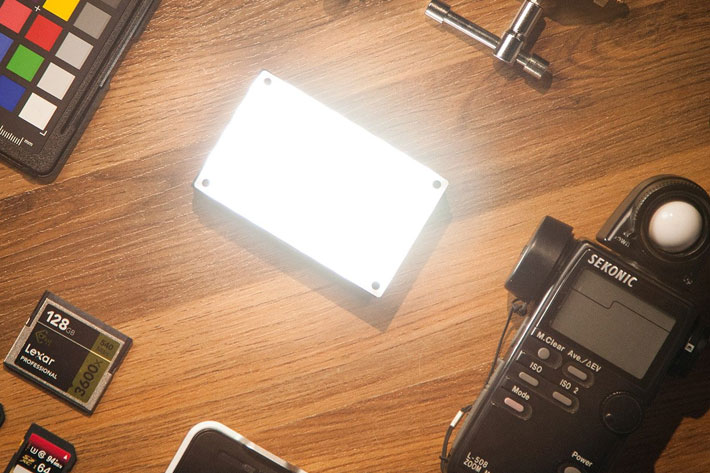 The Amaran MX, presented as the brightest mini LED available, is based on the Amaran AL-M9, a portable light solution that filmmakers loved. Aputure listened to users and the suggestions made helped to define the next step, with a model that is brighter and more versatile, the AL-MX. Aputure says that the AL-MX is more powerful than any other light of its size. With 93×59.8×23.5mm and a weight of 280g, the new LED light packs 128 SMD LED bulbs into a credit card-sized panel. Furthermore, with both CRI & TLCI ratings over 95, and a wide 120° beam angle that outputs 3200 lux at 0.3m, the possibilities for this light are endless.

The Amaran MX may be a bit thicker in build than the M9 whose legaly it follows, but it’s a whole new light, versatile in every level, starting with the presence of a USB Type-C charging port, an expanded bicolor range of 2800K-6500K, an aircraft-grade aluminum build, and 3x the brightness (4x on boost mode) of its predecessor. Yes, the AL-MX does offer a boost mode, which goes above 30% of maximum brightness when you need that extra kick. Capable of operating at 60-second intervals, boost mode gives
filmmakers one more option for when “the brightest ever” still isn’t enough. 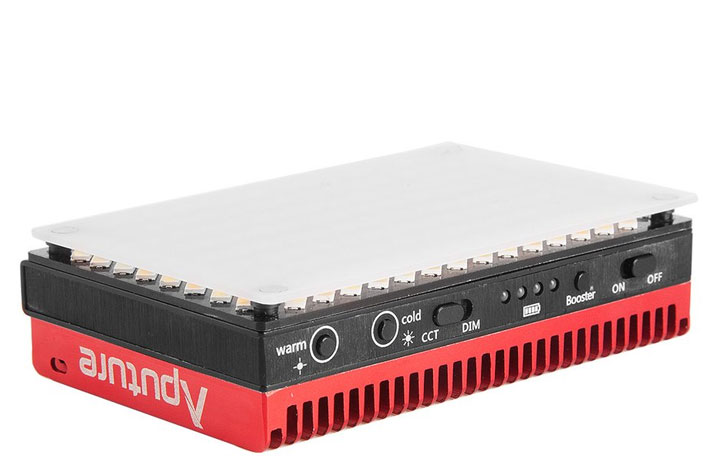 Featuring a 5-step adjustable color temperature ranging from 2800-6500K, an expanded range over the more common 3200-5600K present in bicolor lighting fixtures, the AL-MX provides you with even more options for creative applications. Able to last an average of 1 hour at full power and 4 hours at minimum power, the LED light uses, according to Aputure, “a new form of technology that increases its reliability.
While many lights dim as battery life decreases, the output of the AL-MX remains the same no matter the remaining battery life, environment , temperature or any other factors.” 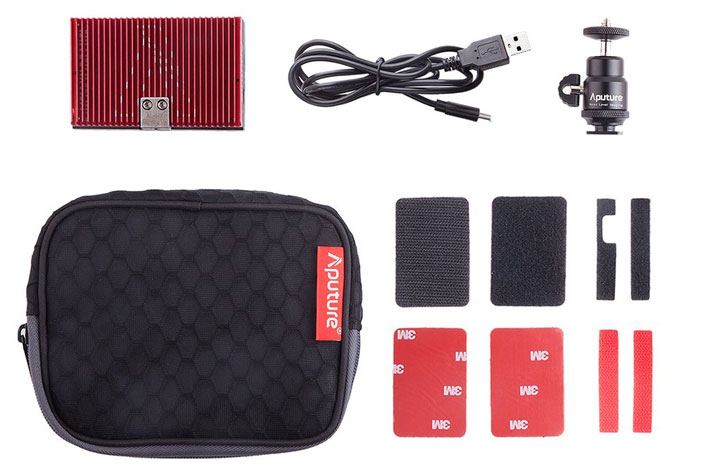 Fitted with a 1/4 screw and universal cold shoe mount so you can easily install the AL-MX on cameras, light stands and so on, the AL-MX is made of aircraft-grade aluminum and features an extremely efficient heat management system. Aputure says it is built to last for years in conditions of all kinds. The Amaran MX costs $149.00. 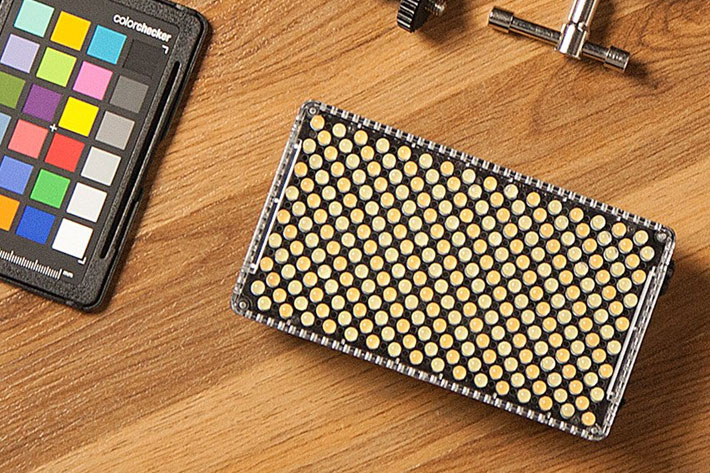 The second new light from Aputure, the Amaran F7, is the long-anticipated follow-up to the Amaran 198. Presented as “The Ultimate Fighter Light” it has half the depth but twice the brightness of the Amaran 198. With advanced LED technology, the F7 is capable of dimming to true 0% and has an expanded bicolor range of 3200-9500K, which is carefully designed to give users a maximum output of 5,500 lux @ 0.5m when tuned to 5600K. The light features CRI and TLCI ratings of over 95+.

The F7 packs 256 high-CRI LED lights into one small panel, offering a strong output of up to 14000 lux @ 0.3m with a lifetime of 100,000 hours. Following the lineage of the Amaran family, the F7 inherits the fundamental belief that high output, color-accurate lighting should always be affordable. That explain the price: $98.00. 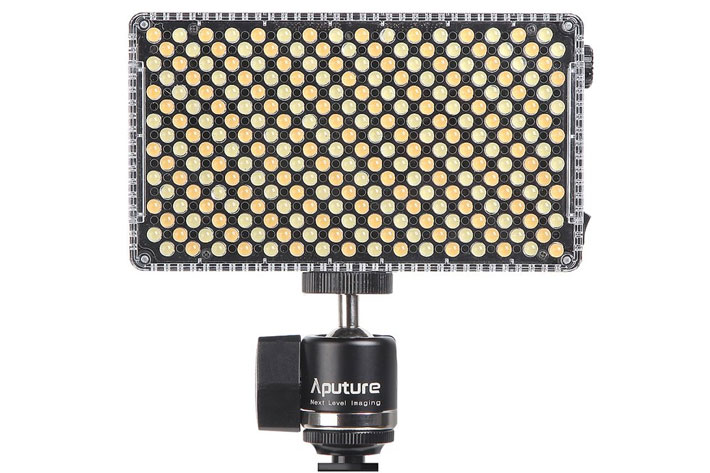 The Amaran AL-F7 can be charged in several different ways: you can use D-Tap, USB Type-C, or a Sony NP-F series battery. Whether it’s through a power bank, V-Mount battery, or classic Sony NP-F battery, powering this light is easy. With an onboard display on the back of the F7, you can easily see how much battery remains, as well as your brightness and color temperature settings.

With a size of 158x87x34mm and a weight of only 260g, or just over half a pound, the AL-A7 is small and portable, but Aputure found ways to fit a 1/4 screw thread built-in on each of the three sides, making the F7 an extremely versatile light to be used in various settings. In addition, a hot-shoe mounting ball head and a canvas bag are also included in the package.