Director James Frost is known for exploring ways to tell stories without using a camera, but with a new music video from RÜFÜS DU SOL he has taken its passion to a whole new level. Epic level, one may say… 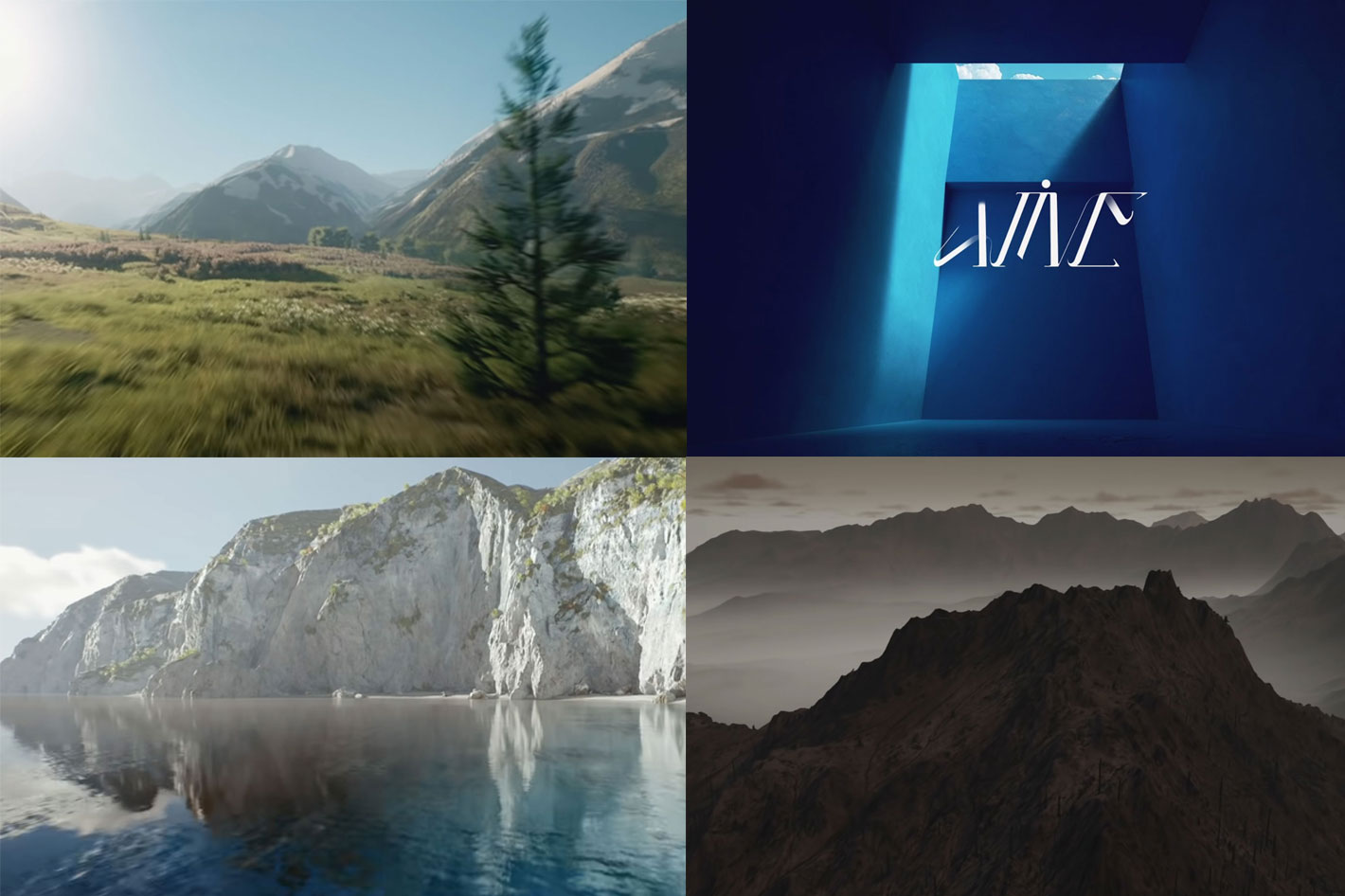 It looks like the frantic footage from a FPV drone, but the music video for RÜFÜS DU SOL theme “Alive”, directed by award winning director James Frost was shot entirely inside Unreal Engine.

If, like me, you browse through the description of the official music video for the new single ‘Alive’ by RÜFÜS DU SOL to look for the FPV pilot that captured the scenes, you are in for a surprise. We recently shared here at ProVideo Coalition some videos shot by videographer Jay Christensen, who became famous for his Right Up Our Alley, a Top Gun style shoot. The one minute and 27 seconds sequence shot inside Bryant-Lake Bowl & Teather, a vintage bowling alley, cabaret theater, restaurant and bar in Minneapolis, is, as someone commented on YouTube, “Outstanding. Seriously some of the most impressive work I’ve ever seen in 20+ years of video production”.

March this year DJI introduced its FPV drone, which combines the first-person view and high-speed performance of racing drones, the cinematic camera sweep of traditional drones, the safety and transmission technology of DJI’s leading consumer drones, and an optional innovative single-handed motion controller that allows pilots to control the drone with just hand movements. We noted, then, that “DJI FPV creates a new drone category, and opens up new worlds of possibilities for content creators and drone fans from beginners to experts alike.”

Since the introduction of the DJI FPV drone the number of videos exploring its cinematic potential shared through YouTube has grown at a fast pace, so the first thing one asks when watching the video for Alive is: how was this footage captured and who was the pilot? Well, let me say that the official music video for new single ‘Alive’ by RÜFÜS DU SOL comes with an important footnote from its director: “No physical cameras were used in the production of this film.”

Yes, no cameras were used for “Alive”. Well, no real cameras, although virtual cameras were used. Because Alive was constructed entirely using Epic Games’ Unreal Engine by renowned director James Frost. The film takes viewers on a first-person journey over speeding landscapes with a sense of kinetic energy inherited from the momentous single. While it is CGI, it will surprise you and also raise a question, as flying drones gets more restrictive, worldwide, as new legislation is introduced: is this the future?

In fact, what “Alive” reveals is a potential path to create FPV footage inside Unreal Engine, which will allow for the creation of what looks like aerial footage captured by a “virtual” fast moving drone with a camera. The recent video shared by Epic Games of what’s possible to achieve with the upcoming Unreal Engine 5 points to the potential of this first essay, by James Frost, becoming the norm.

The director’s interest for solutions that go beyond what’s normal is nothing new. In Radiohead’s music video for ‘House of Cards’, from 2008, no cameras or lights were used. Instead, 3D plotting technologies collected information about the shapes and relative distances of objects. The video was created entirely with visualizations of that data. Known as the mastermind behind that video and also OK Go’s “This Too Shall Pass” – which is unique in its own way – James Frost sought out to create a visual where analog and digital worlds collide for the official video for “Alive”. 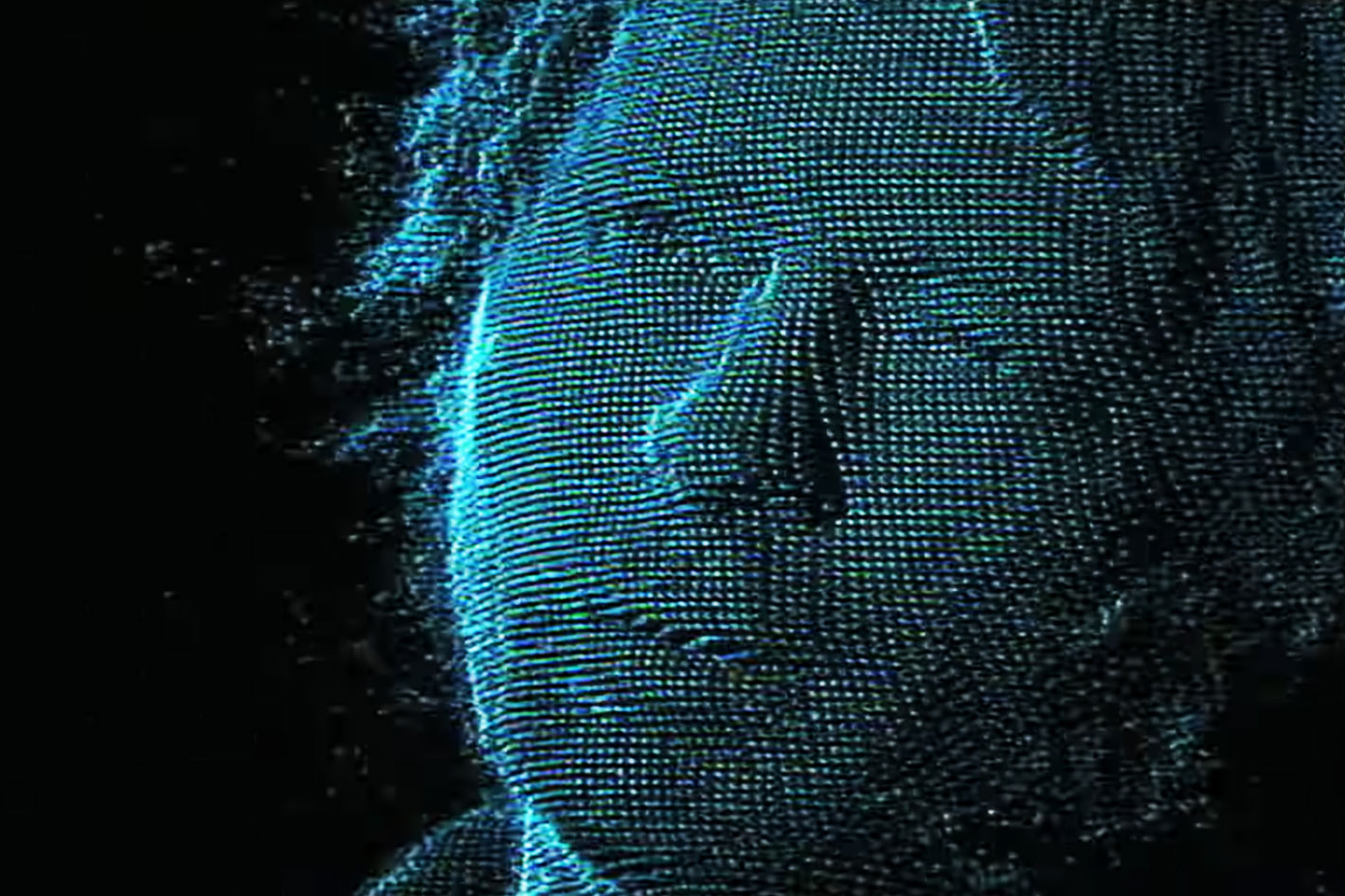 It was this vision that made Unreal, the world’s most open and advanced real-time 3D creation tool, the natural palette for this reality-defying project. The virtual camera flies 360 degrees through photo-realistic landscapes across a multitude of environments, then into wireframed digital realms, evolving to what begs the viewer to question what reality they are in, if any. It’s only during the last segment of the video, when the wireframe that supports the scenery appears, that some may discover the extend of the illusion.

“When I first started discussing the video with the guys several months ago, the recurring idea was this concept of “analog vs. digital” and this sense of freedom. When I was sent the track, I immediately understood why; the song had this energy that was sheer momentum, and visually it spoke to me on this level”, says director James Frost, adding “As a result, I wanted to create something where we sensed we were utterly free from restraint. In light of what the World has just gone through the last 18 months, it almost felt like the need to create a visceral piece of work.”

Due to the travel restrictions in recent months, it would not have been possible to travel the World shooting remote landscapes, and James Frost decided he really “wanted to find a way to explore the digital side.” That’s where Unreal Engine came in, he continues, saying “I was aware of Unreal and the work done on several high-profile TV series as environmental plates. Still, I thought, what if we were actually in the environment instead of secondary to the scene. What if the environment is so photoreal that it pulls the viewer into believing they are traveling through these incredible landscapes. Then, to suddenly reveal it as a digital asset. What would that World look like?”

A first-person flyover film inside UE

Premiered on Zane Lowe’s World First, the brooding ‘Alive’ went on to garner support from NME, Billboard, BBC Radio 1, SPIN, SiriusXM, KCRW, Billboard and more. The track marked a major milestone for the band, with nine million combined global streams since its unveiling. Additionally, upon release, the track was immediately added ATB to Australia’s Triple J and is now their most played song on air.

If ‘Alive’ was a clear indication of what the reemergence of RÜFÜS DU SOL sounds like, the official video invites fans to step within these soundscapes. This idea of world-building is not new to the RÜFÜS creative process, exemplified by their past collaboration with Frost on the immersive Official Video for ‘Underwater’ off their 2018 ‘SOLACE’ LP. Showcased for hundreds of thousands of fans at Coachella’s 2018 Antarctic Dome, the 360-video project opened new doors for a band wildly inspired by the worlds of art and design.

So, the same technology and tools that have been used to create series as The Mandalorian and award-winning series like Westworld are used to blur the line between reality and make-believe and offer audiences what appears to be FPV drone footage, when in fact it is a first-person flyover film created entirely in Unreal Engine to illustrate the theme song “Alive”.