Smarter Than You Think – Aiming to Learn as We Do, A Machine Teaches Itself – NYTimes.com. BySTEVE LOHR

Give a computer a task that can be crisply defined — win at chess, predict the weather — and the machine bests humans nearly every time. Yet when problems are nuanced or ambiguous, or require combining varied sources of information, computers are no match for human intelligence. 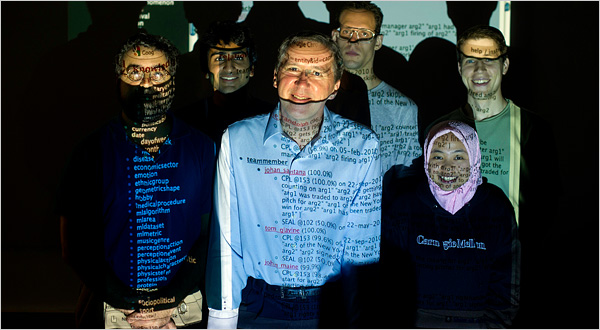 Few challenges in computing loom larger than unraveling semantics, understanding the meaning of language. One reason is that the meaning of words and phrases hinges not only on their context, but also on background knowledge that humans learn over years, day after day.

Since the start of the year, a team of researchers atCarnegie Mellon University — supported by grants from theDefense Advanced Research Projects Agency andGoogle, and tapping into a research supercomputing cluster provided byYahoo — has been fine-tuning a computer system that is trying to master semantics by learning more like a human. Its beating hardware heart is a sleek, silver-gray computer — calculating 24 hours a day, seven days a week — that resides in a basement computer center at the university, in Pittsburgh.