Aimed at everyone from those just launching their careers to working professionals with production and post experience, the AICP Mentoring Program accepts candidates until April 26th. 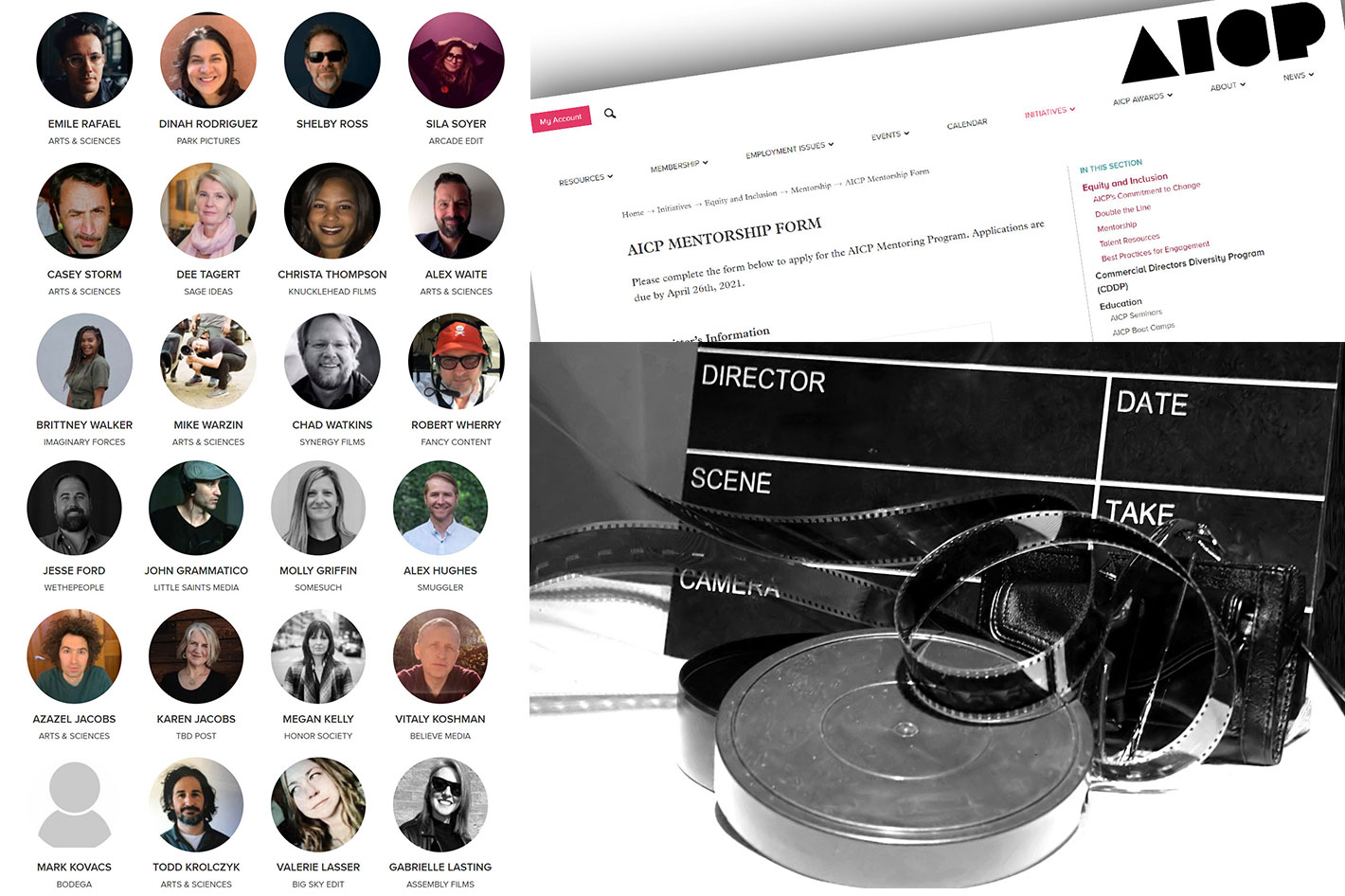 Running for a term of nine months, the mentoring program will pair mentees with mentors who are production and post executives and artists from among the AICP membership.

The Association of Independent Commercial Producers, the main trade group in the US for commercial production and post houses, announced its Mentoring Program, developed by AICP’s Equity & Inclusion Committee, designed to team mentees with industry professionals. The goal, according to the association, “is to increase industry access to BIPOC and Underrepresented Talent” and the the deadline for prospective mentees to submit their applications is April 26, 2021.  So, if you’re interested, it is time to find out more about the project. 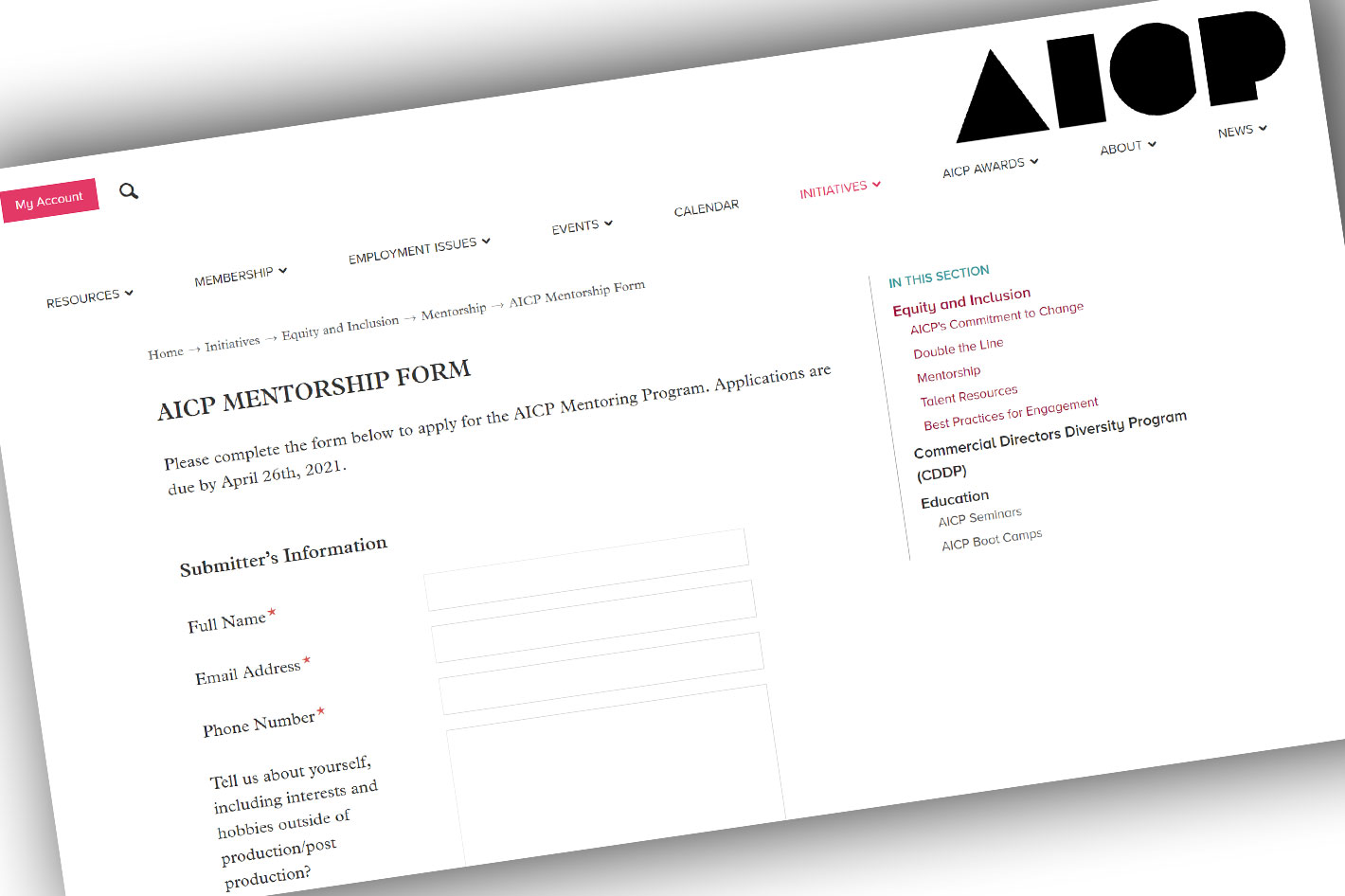 Aimed at everyone from those just launching their careers to working professionals with production and post experience, the program was developed by a subcommittee led by Gloria Pitagorsky, Partner and Managing Director of Heard City and Christa Thompson, Head of Production at Knucklehead Films, working under the leadership of Equity & Inclusion Committee chair Tabitha Mason-Elliott, Partner and Head of Production at BARK BARK.

Running for a term of nine months, the program will pair mentees with mentors who are production and post executives and artists from among the AICP membership. Once the initial phase of pairing process is complete, the the program will host a virtual kick-off event.

The Mentoring Program is just one initiative created under the aegis of the Equity & Inclusion Committee, which has also unveiled such programs as Double the Line, which is designed to increase minority employment on production and post projects, and a Talent Resources list for those looking to source diverse talent. In the offing is a list of Best Practices for Engagement, aimed at agencies and advertisers, and solutions for production and post to do appropriate demographic reporting. 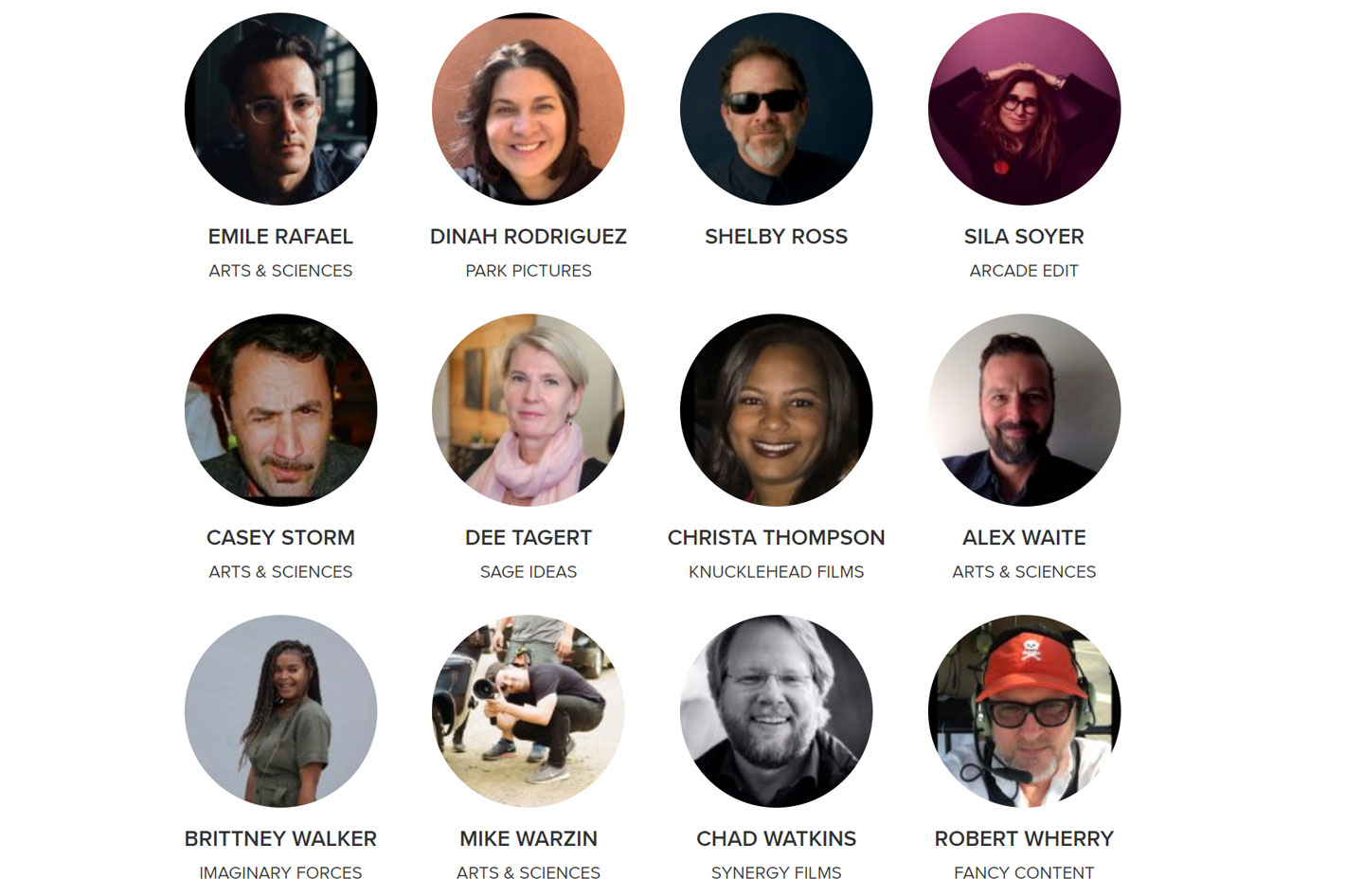 An industry more reflective of society

A nationwide effort will go into attracting mentee candidates. One source will be the many programs, non-profits and initiatives that have taken part in AICP’s ongoing series of “Commitment to Change” webinars (more details on which can be found here). There will also be close collaboration between the Mentorship program and existing programs designed to boost diversity in the industry, such as Streetlights and others.

“We knew when we first established our E&I committee that a mentoring program would be a core component to make our industry’s workplace more reflective of society,” said Mason-Elliott. “The ability to develop meaningful relationships is a crucial part of growing a career in the commercial industry. Mentors expand networks, which in turn provide access to career mobility, growth and opportunities. And it’s important to note that this isn’t just for people starting out – it’s for those looking to grow careers and build relationships that should sustain beyond the nine months of the program. I’m excited about its prospects and eager to get our first class of mentees connected with their mentors. 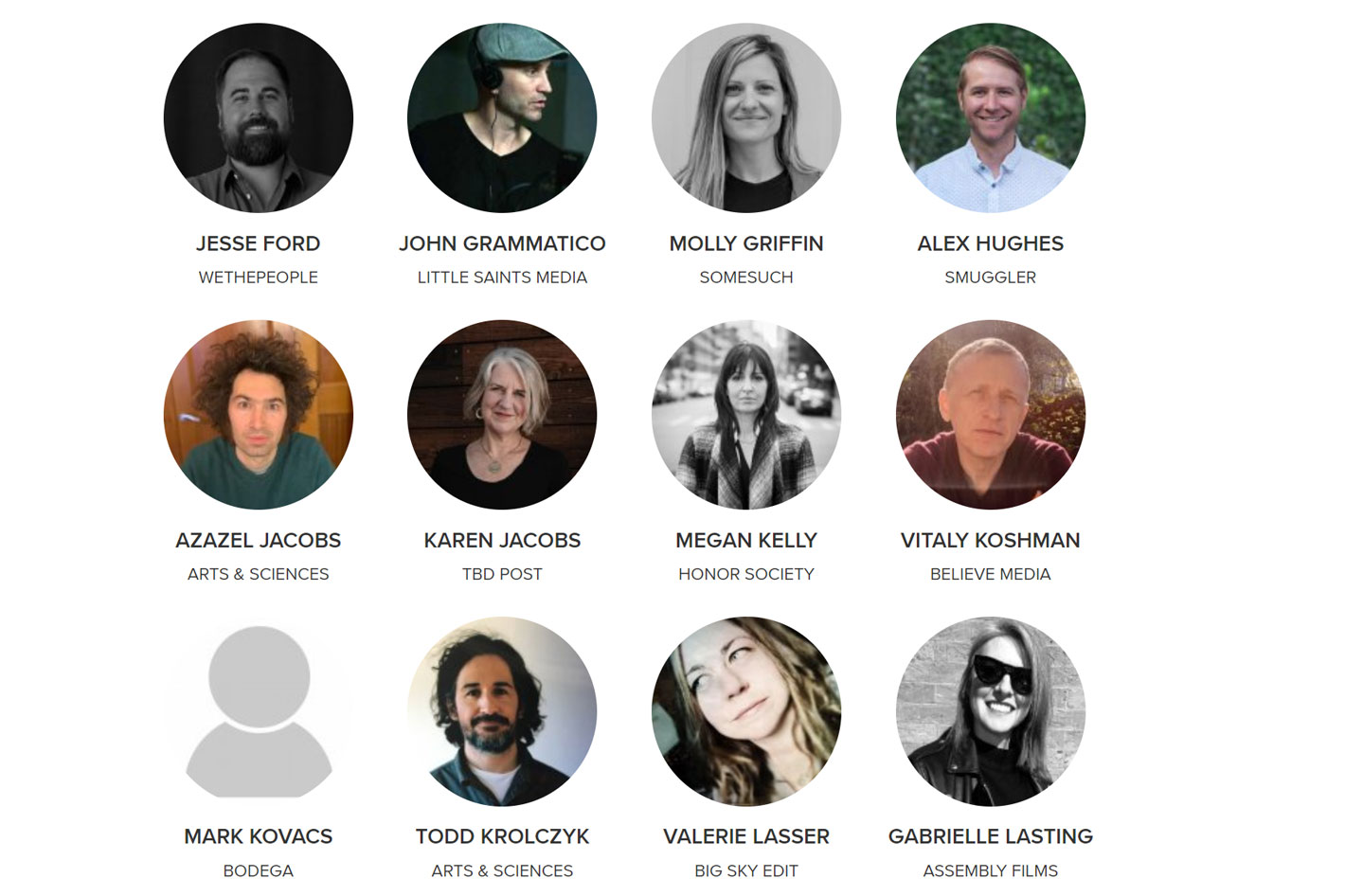 Creating the Mentoring Program was a collaborative process for the E&I Committee, said both Pitagorsky and Thompson. “We worked with the overall committee to develop ideas of what this could possibly look like,” Thompson noted, “and had multiple meetings to discuss its framework and structure. And Gloria was a fantastic resource, as she’d spearheaded a similar effort for AICE before its merger with AICP. Her insight has been invaluable.”

The response from AICP members, Thompson said, has been “overwhelmingly positive. Many people are excited that such a program will exist on a broader scale, one that has the potential to provide insight and accessibility to a wide range of job positions within our industry. From EP to HOP to post production producer, we have a wonderfully diverse group of mentors with various job titles and backgrounds.” 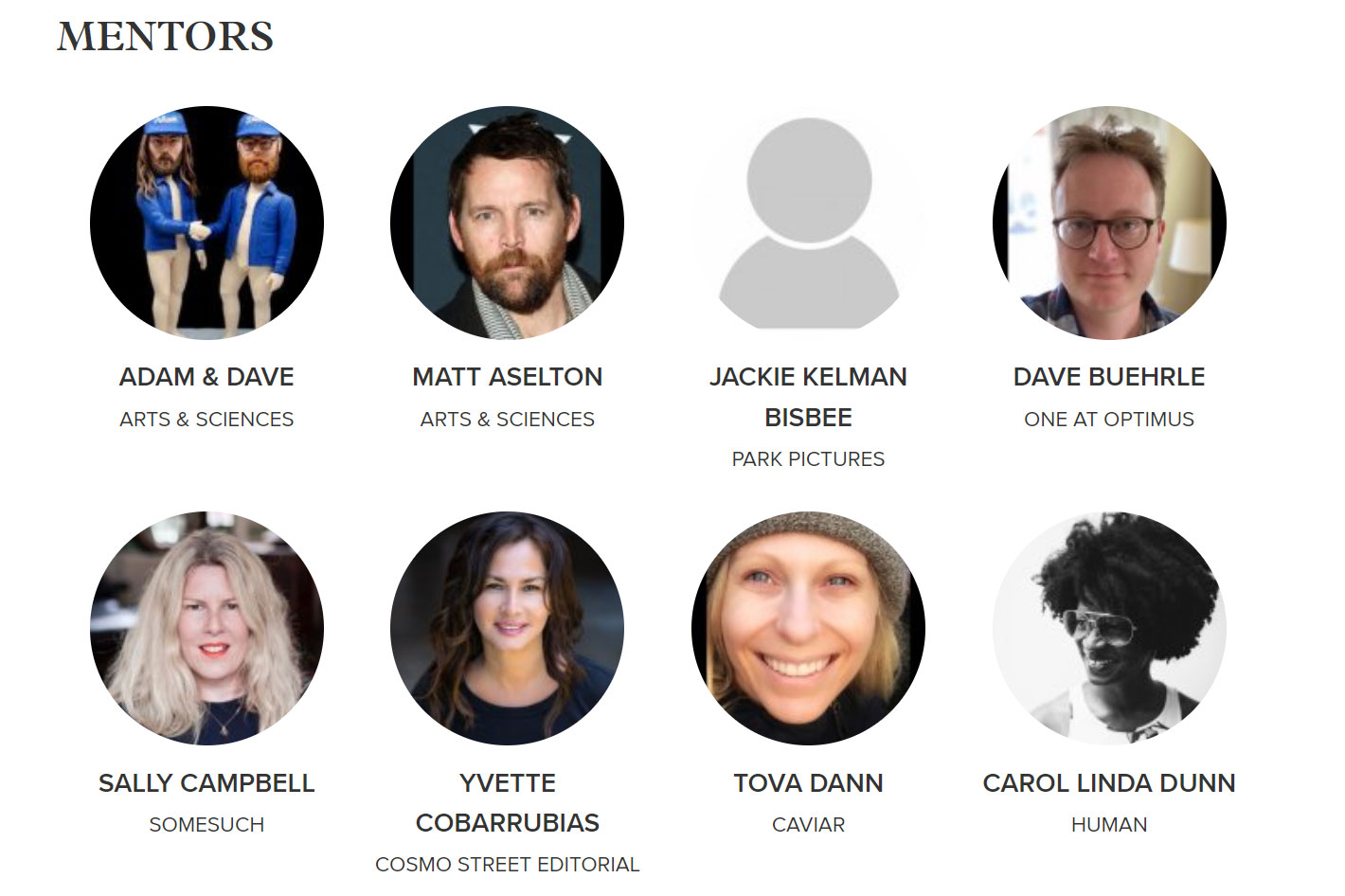 The roster of mentors

The mentor-mentee relationship will be virtual for the time being, which has the benefit of allowing mentees to partner with mentors regardless of their geographic location. The program is also putting in place education and guidelines for prospective mentors, to aid them in the process of being a mentor and to help ensure the process is rewarding for both themselves and their mentees. 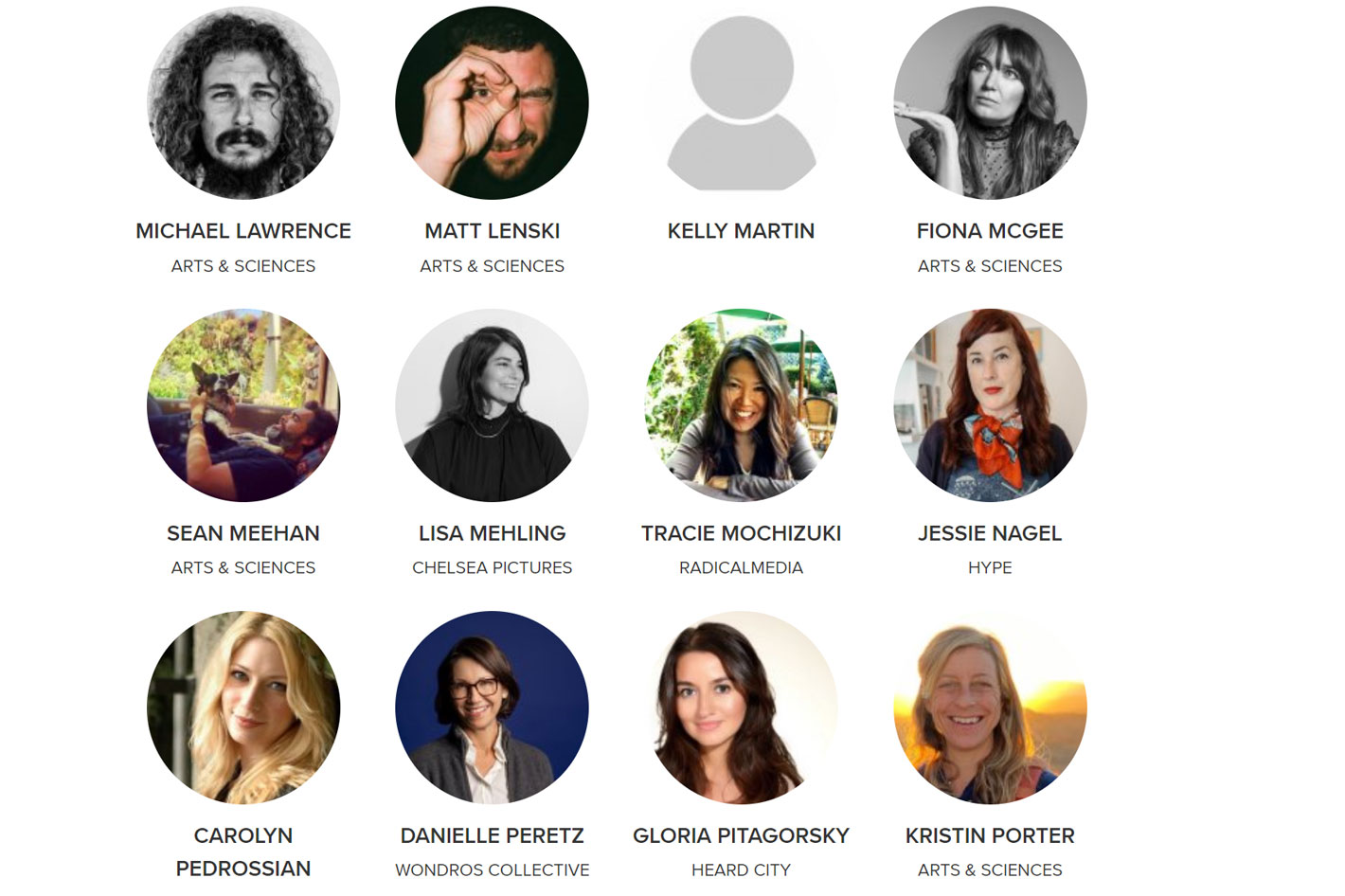 “We’re deeply gratified that so many AICP members have engaged in this important effort to take on the role of mentor,” said Matt Miller, President and CEO of AICP. “The wisdom imparted and the relationships forged with their respective mentees will certainly have a great influence on a new generation of diverse talent in the production and post production ranks.”

Both Pitagorsky and Thompson pointed out that exposing mentees to the diversity of jobs and positions with AICP member companies is a key aspect of the program. “We’re casting a wide net here, as we want to give mentees some exposure to the range of jobs, roles and functions in our industry. We want them to see what’s available to them in terms of career and opportunities,” said Thompson. Added Pitagorsky, “To impact real change going forward, we need to ensure that our industry’s talent makeup is diverse.”

“The best outcome of this program would be if at least one mentee is inspired, empowered and moved a bit closer to their desired goal within the industry,” added Thompson. “The mentees will be getting the best of the best our community has to offer. We’d like to say that we’ll be back the next year and the year after that. We’d like to see former mentees of the program becoming mentors themselves. That would be amazing!”