Adobe is giving us a peek at what is on tap for the next version of After Effects.

On the heels of their Refine Edge sneak peek last week and just a few days before NAB, Adobe is releasing more information about some of the cool technology we may see in the next generation of their other pro video tools – including After Effects (now known to be After Effects CC, to be released June 17 2013). Adobe has given some folks like us the opportunity to work with these features in advance, and we wanted to share our thoughts with you.

A couple of weeks ago, Adobe and MAXON issued a press release announcing a “strategic alliance…to bring creative professionals new levels of digital media content creation.” Buried inside that release was the intriguing statement that “As part of the alliance, both companies are expected to collaborate and engineer a pipeline between Adobe After Effects software and CINEMA 4D to give users a seamless 2D/3D foundation.” Now we finally can see just what they were hinting at. I

In short, you will be able to import a .C4D project file directly into After Effects, which will treat it as a footage item. Once you add this .C4D footage item to a composition, a new CINEWARE plug-in will automatically be added to that layer, which will render requested frames from the .C4D project on demand inside After Effects, without the need to render the whole project ahead of time in CINEMA. This import procedure is demonstrated in the movie below from our just-released course on the new features in After Effects: 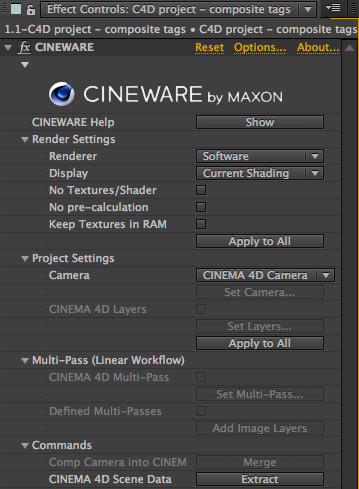 At first, you may think this sounds very similar to Dynamic Link integration with Adobe Premiere Pro. However, this Live 3D Pipeline between AE and C4D offers significantly more functionality:

Speaking of changing something in the scene: After Effects will come bundled with a Lite version of CINEMA 4D! You will be able to select the imported .C4D layer inside After Effects and type the customary Command (Control) + E to Edit Original, with the result being the underlying project file will be opened either in a full copy of CINEMA you may already have installed on your computer, or the bundled “Lite” (but still rather well-endowed) version of CINEMA. 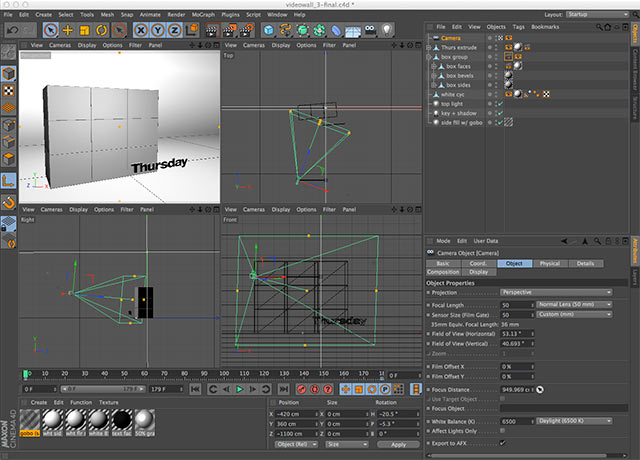 In short, this is the massive-overkill answer for users who have complained that After Effects’ built-in 3D tools weren’t sophisticated enough, but who haven’t made the leap to owning a dedicated 3D animation package. Learning the powerful CINEMA 4D is no small task, but something you will probably find to be very rewarding. And users currently taking advantage of the already nicely integrated workflow between After Effects and CINEMA 4D may want to move some of their projects over to this new Live 3D Pipeline workflow, especially if they expect to be bouncing back and forth between the two programs.

As we previewed in a PVC exclusive last week, the Roto Brush tool in After Effects is going to be significantly upgraded with the addition of a companion Refine Edge tool. To review, after the Roto Brush module has been used to create a good binary matte, the Refine Edge module then goes after those nuanced areas of partial transparency – such as fine, wispy hair. Using the same brush stroke paradigm as Roto Brush, you create Refine Edge brush strokes to indicate where the areas of partial transparency are, as well as help define tricky areas that should be fully transparent or opaque. The process is explained in more detail in that previous article. 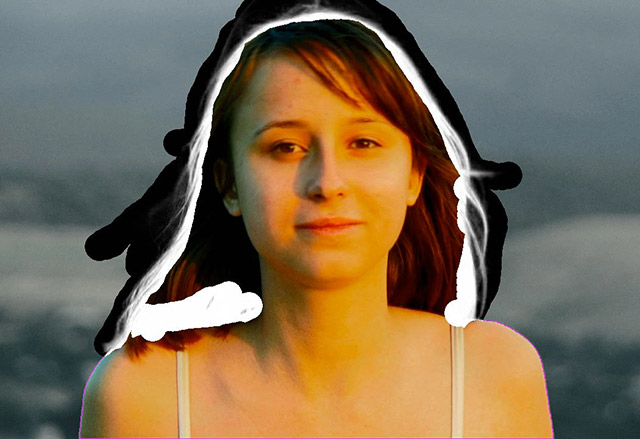 Also slated for a major upgrade is Warp Stabilizer. What many know as an apply-it-and-done stabilization effect is becoming a serious visual effects tool, with the ability to take on many of the tasks you might have previously reserved for a motion tracker. Some of its new capabilities include :

Not to be left out, the 3D Camera Tracker – which, like Warp Stabilizer, can automatically analyze a shot and derive the original camera’s movement, in this case to recreate a 3D camera inside After Effects – has also received a couple of upgrades. One it shares with Warp Stabilizer VFX is more intelligence when you delete unwanted track analysis points: It checks to see if the same tracked point appears later in time, and deletes those instances as well.

Another nice upgrade is the ability to define a ground plane and origin in a scene. The current version of the 3D Camera Tracker has no true idea of where the floor or ground is in a shot, so the Position coordinates it creates can seem a bit random. Now, you can select one or more points, set a target, and declare that this is where the Position 0, 0, 0 is in the scene, as well as the orientation of the ground plane. 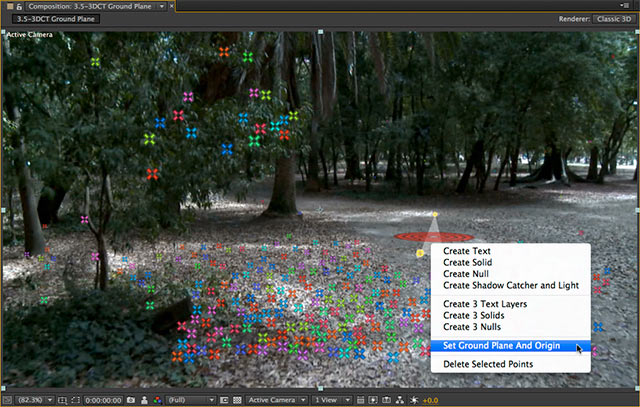 Some of the most appreciated new features in After Effects are not ones that directly affect the pixels you see on screen, but make your life a lot easier while crafting those pixels. One such feature is going to be the new Snapping behavior in After Effects. It’s hard to convey its true power without showing it in action (stay tuned for that), but in short it gives you the ability to easily align an edge, corner, center point, or even mask vertex of one layer with a similar (or dissimilar) feature of another layer. It even works in 3D, including finding the center of an extruded 3D shape, and snapping to individual letters in a Per-character 3D text animation. This is going to make building virtual worlds and objects much easier in After Effects. 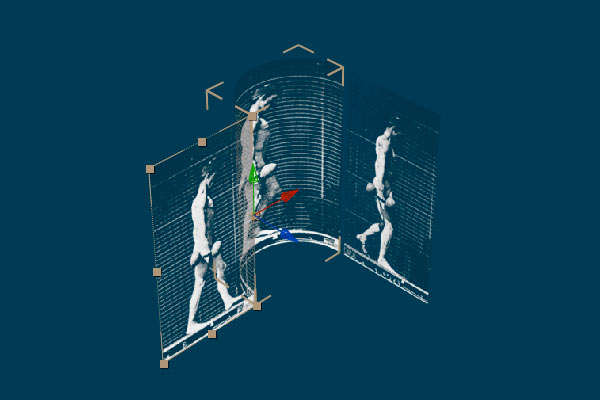 And then there’s those little features we’ve been asking for, but which also seemed to be passed over in favor of bigger-name features like Roto Brush and Warp Stabilizer. Many of our wishes will apparently be granted in the next version, including: 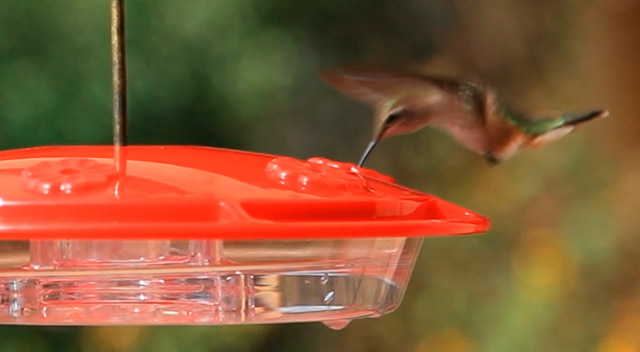 There are literally dozens of other additional features and updates slated for the next release, which are detailed on the Todd Kopriva’s essential After Effects blog.

And when is that appropriate time? Adobe isn’t saying: Neither a version number or release date has been announced for all of these new features. However, we expect them to be on display at the upcoming NAB show. Chris is also presenting a couple of sessions at NAB that will touch on many of these features; more on that soon. In the meantime, Adobe is offering an NAB Show special to save 40% off Creative Cloud, valid through April 19. This special offer is only available through their United States online store at www.adobe.com/go/nab_promo.