The big one got even bigger, so if you have a spare 5 hours, check out the School of Motion 2022 End Of Year Podcast, along with their plenteous links. The video is hosted by School of Motion founder Joey Korenman, and EJ Hassenfratz, Kyle Hamrick, and Ryan Summers, along with some all-star hot takes.

My Top 10 (Most Used) After Effects Plugins of 2022 from Boone Loves Video covers plug-ins, scripts, and other add-ons. 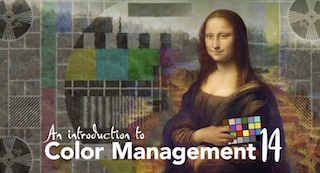 Jake In Motion posted several videos in December, including How to 3D track ANYTHING into your videos! and STOP using solids \\ Free After Effects Script. In the first video, you see how to quickly you can use the 3D Camera Tracker effect to analyze a video clip and generate a tracked 3D camera that you can instantly insert anything into. You might even revisit the recent WHY Your 3D Camera Tracking FAILS… 7 Things You SHOULD DO! by Cinecom.net.

The next video by Jake introduces Void, the latest free script from Battle Axe. Void allows you to create shape layer-based assets that replace and improve the functionality of Null Objects, Solid Layers, and Adjustment Layers. You can even use Void to replace all of the nulls, solids, and adjustment layers There’s a compact Script UI panel that gives you all this functionality, a Kbar button with multiple functions, and the ability to assign keyboard shortcuts to each layer type to completely integrate Void into your regular workflow, leaving solid layers behind.

On the other hand…

ICYMI there's a super-useful new preset built into the latest release of After Effects that lets you easily set a layer's anchor point. pic.twitter.com/gTdSaxzYkb

Olivio Sarikas says, InvokeAI: BEST WebUI for Stable Diffusion? – I`m in LOVE!!! InvokeAI can run on GPUs as low as 4GB Ram and has installers for Windows, Mac, and Linux.

In After Effects: Boundary Cutoff Fix Tutorial, Creative Dojo shows you some ways to expand or grow the boundaries of a layer to avoid cutoffs. You’ll run into this issue with certain glows, blurs, or distortion effects, especially when your layer is scaled down – and rather than pre-comping the layer to comp size, try these tricks instead.

Ben Marriott was back with Elevate Your After Effects Workflow With These Expert Techniques, with a free project file, for creating a smooth Type animations with soft gradients and neon glows.

If you have time to explore free plug-ins, just type “free” in the Search box at aescripts + aeplugins. Also, there’s an ULTIMATE List Of 1K+ FREE After Effects Templates & Effects! at Freevisuals.net.

How To Create VHS Effect in After Effects | FREE After Effects Plugin Tutorial, by Pixflow, is a step-by-step tutorial on how to create and emulate the look of old VHS tapes using After Effects and Pixflow Plugins. PX-VHS helps you to recreate every aspect of the old VHS tapes, from the flaws and glitches, and noise to the nostalgic elements that used to be present when watching a tape on old VCRs. The free version offers a preset within the customizable pro version.

There’s a new version of a free-ish AE plug-in, Quick Chromatic Aberration 3 from Plugin Everything, which lets you add RGB shift & distortion to emulate chromatic from real lenses. This technique has a long history; for more, see the AEP roundup Chromatic aberration: creation and fixes with After Effects.

Emoji Library 😎 for After Effects, from James Milton, provides an easy way to add over 9,000 high-resolution and open-source emojis to your projects in After Effects and Premiere Pro. Every open-source emoji from Twitter, Openmoji and Google is available, with category and search filtering.

Celebrate the LAST holiday season in style with 12 Days of MoGraph from School of Motion! Here’s a sample, on transforms of AE Shapes:

Creative Dojo notes New 3D Features in After Effects 2023? which is based on current beta version features.

3D in After Effects from flomotion covers some basics of 2.5D animation.

3d Shadowbox in Adobe After Effects from Evan Abrams is the shorter version of a livestream. The basic idea is to use Track Mattes make a window or portal on a 3d world. You’ll see this digital illusion in digital card games like Marvel Snap, or other digital collectables like NFTs.

Jake In Motion has extra tips in Twisty Text in After Effects AND Cinema 4D Lite! If you want another twist, check out the broken backup of A 5-Part Exploration Of After Effects Spiral Filters by Brian Maffitt, one of the all-time great AE tutorials.

Motion by Nick also added We Made YOU a Free After Effects Plugin, on the FREE cartoon lens flare tool, Toon Flare for After Effects.

Gal also posted 5 Time Saving Premiere Pro Plugins, What They Do, and Why I Use Them and an AEJuice product in I Want it All Bundle Review for Adobe After Effects (Part 2).

For a DEEP dive into splines, see The Continuity of Splines by Freya Holmér.

Check out Into the Volume: A Behind-the-Scenes Look into the Virtual Production of 1899 from Netflix Production Technology Resources, as well as The Future of Virtual Production by Allan McKay. For those without the millions spent on these projects, see This Motion Controlled Slider just changed the game. by MAKE. ART. NOW.

And not the least… ChatGPT can create a Blender add-ons!

Asking AI ChatGPT to create a Blender addon for me, and this is pretty scary not gonna lie 🤣 Prompt below ⬇️⬇️ pic.twitter.com/ioWNs6t6Sa

Please note that these roundups are for quick review and comparison — and After Effects Portal can only skim the surface of what’s out there.

There’s almost always vital information from the originating authors at the links provided, and often free presets, projects, or stock footage too.
@aerich