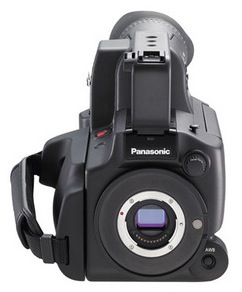 One of the common questions that I’ve personally gotten in the past few weeks is in regards to the AF100’s sensor size. There seems to be a common belief that this camera’s 4/3s sensor is objectionably small in size. I personally think that this size issue has been overstated, that the 4/3s size is actually rather large…and that the real issue is one of expectations and perception. Read on, I’ll explain…

But why are we even comparing a sub-$5000 camera to the film gold standard? Because DSLRs have in the past two years enabled large sensors for the very first time at ridiculously affordable price points. We’ve given up a LOT of features and we work around their issues, simply because of the sensor size and the look it lends. We have somewhat spoiled ourselves on the topic of sensor size. The AF100 is something of a return to what a camcorder SHOULD be…proper camera features like ND filters, proper audio, proper output jacks, proper image colorimetry controls, etc…along with a reasonably large image sensor. I want to take a few moments and illustrate where the AF100 stands using Abel Cine’s Field of View calculator that shows visually how sensor sizes compare.

The first thing you need to do is to reboot your expectations. Here is an angle of view comparison of the Canon 5D MKII (full-frame) sensor vs Super 35mm film frame size on a 50mm lens. 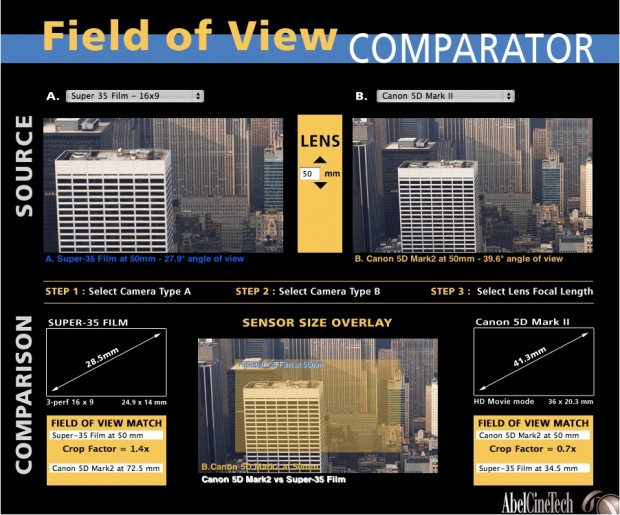 Look at that…the 5D’s sensor dwarfs S35’s frame size! Breathe deeply and repeat after me, “full frame is not normal.” Got it? Good.

A much better comparison from the DSLR video world to S35’s frame size is a DSLR equipped with an APS-C sized sensor, like the Canon 7D or the Nikon D3100. APS-C is just a touch smaller than S35. 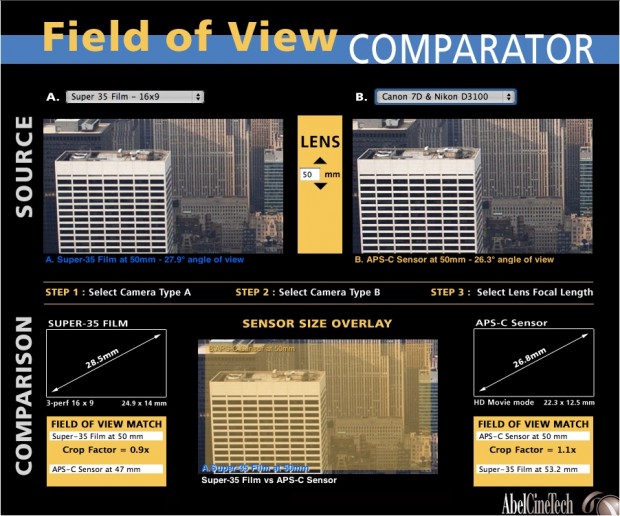 As a side note, APS-C is very slightly larger than the Red One sensor, which is generally considered to be Super35 equivalent…in other words, the Red is close enough.

Now let’s compare the AF100 to Super35, on a 50mm lens just like the above “baseline” comparisons. 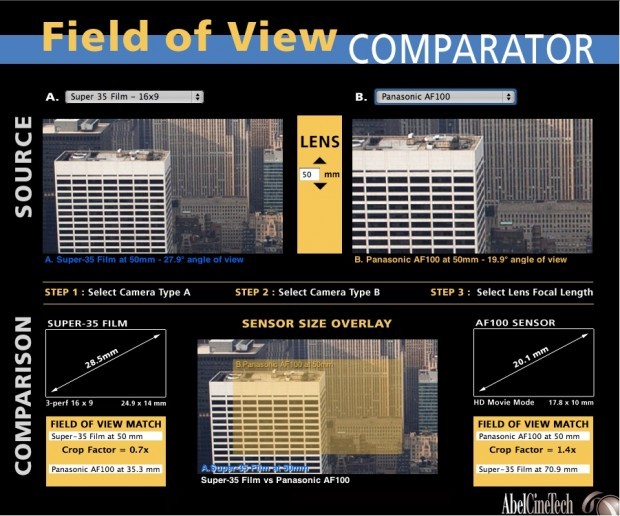 Clearly, the AF100 is smaller in comparison to S35. Smaller than APS-C, and the Red One. So yes, there is a crop factor to be aware of. AF100 shooters will want to make sure they have access to slightly wider glass than what you might use on a DSLR, Red, Alexa, etc. However, the size difference is not huge, the AF100 still has a relatively-large sensor.

I personally do not see the AF100’s crop factor as very objectionable, and here is why. Look at this comparison of the AF100 to the 1/2″ sensor equipped Sony EX1/EX3 (an excellent camera in it’s own right). 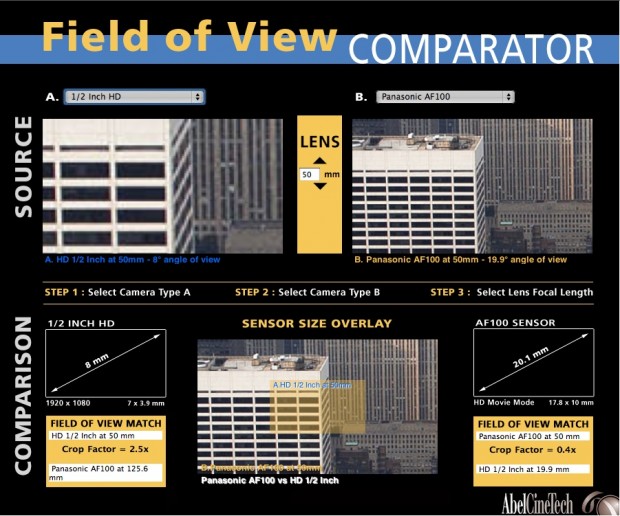 The AF100 offers an interesting solution…the DOF and image qualities of a reasonably-large sensor, not quite matching S35, but coming fairly close. It’s probably close enough that it doesn’t matter for most people, and for those that it DOES matter to, well, you know who you are…and you’ll already know when to choose other systems for a given application.

The AF100 clearly surpasses (at least in terms of sensor size) the EX1, which was to date really the only affordable large sensor camera you could get your hands on. And it does all this without forcing you to make the myriad workarounds and concessions required when shooting DSLR. Early reports on the AF100 indicate that moire is under control, that the codec is robust and malleable, audio works as you’d expect, and that the camera in general is solid. You can use PL lenses, Nikon lenses, all sorts of lens mounts on this system. It really is an amazing offering, particularly at this sub-$5K price point. So with all those benefits over DSLRs…let’s not get hung up on a small sensor size difference, ok?

Related: Here’s a great post over at Abel Cine’s blog, this one answers a few other common AF100 questions.