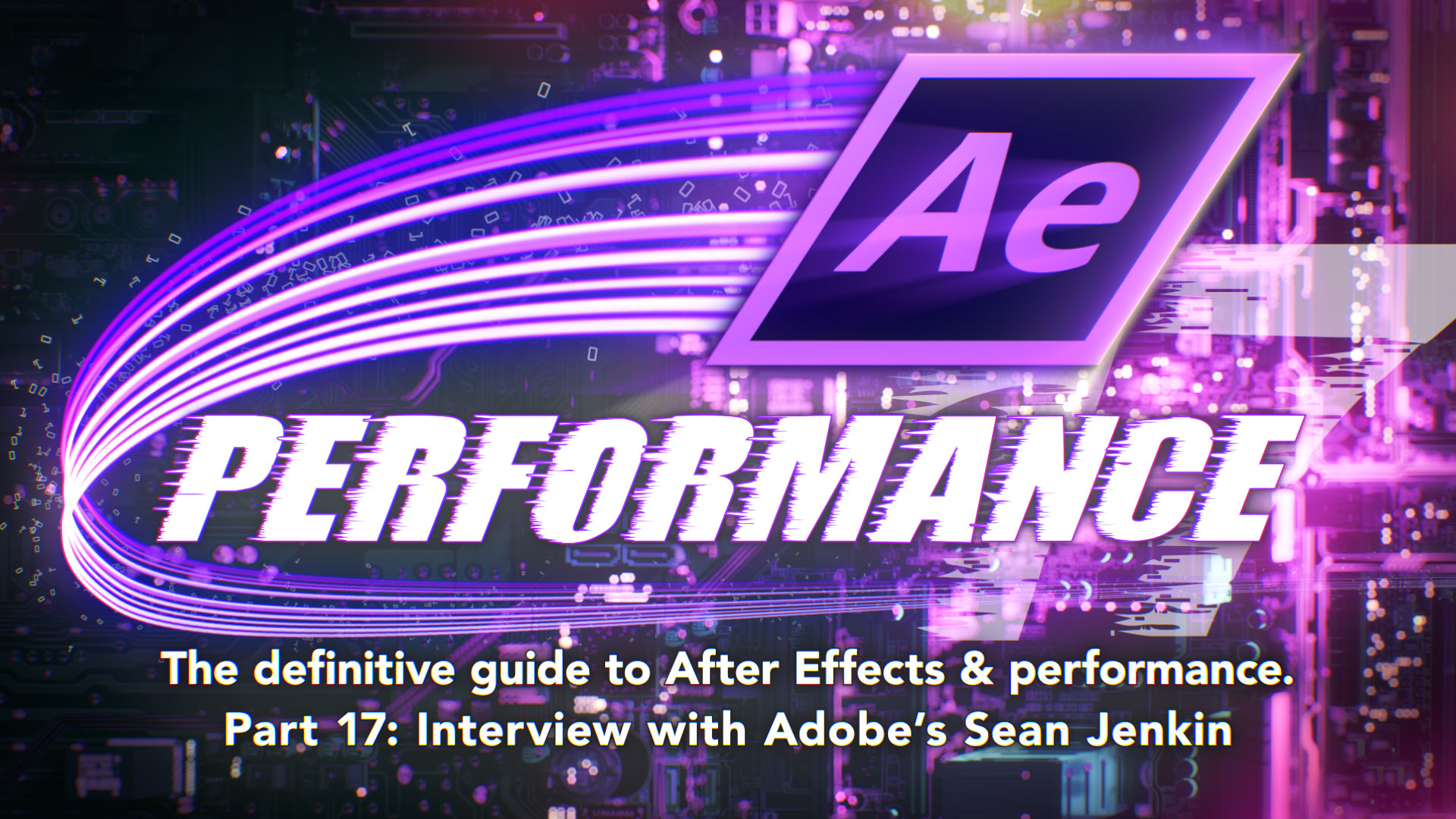 Here on PVC, Chris Zwar shared After Effects & Performance. Part 17: Interview with Sean Jenkins from Adobe, the first part of a larger discussion. In the next part (posted later), you can read about Adobe’s work on Multi-Frame Rendering, which Chris says is “the most exciting new feature that After Effects has had in over 10 years.”

One curio from Victoria Nece, the After Effects Product Manager, is that compiling After Effects once might have taken 15 hours but compile time has now been reduced to just 45 minutes. 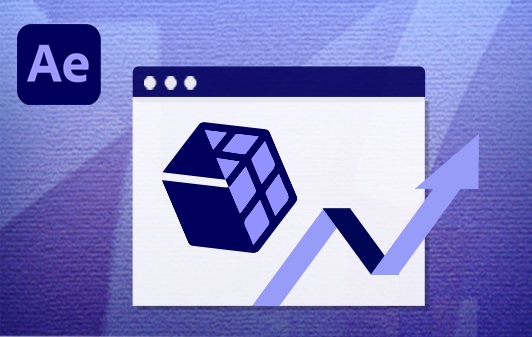 See also the May 19 update on Multi-Frame Rendering from Adobe’s Sean Jenkins. In the current few weeks, they’ll be rolling out beta features, including rendering AE compositions in Adobe Media Encoder, Speculative Preview (automatically rendering in the background), and Render Queue Notifications. The next beta (May 28) contained an update to the MFR native support AE has for OpenEXR, including Cryptomatte, IDentifier and EXtractor. These 3 plug-ins as well as the underlying OpenEXR file reader have been updated to support multi-frame rendering and a new caching mechanism that speeds up the performance of reading and parsing the EXR file format. Additional bug fixes in the EXR file reader (e.g. images being cropped unexpectedly) are also in this update.

There’s also a slightly older video, Puget Systems interview on MFR with the “jenkmeister.” Knowing how After Effects works is often handy in post production, and besides it’s fun to look under the hood.

Chris Zachary has been posting tutorials for several years and recently started AE Pro Tips, a newsletter with a tips roundup. Here’s one of his own tips, Tapered Strokes in After Effects (and Wavy Strokes!):

A interesting recent trend is not to just roundup inspiring videos created in After Effects but also to speculate on breakdowns of the effects.

Black Mixture mostly collects videos for inspiration, and sometimes comments on effects, though not in depth. Check out his Top 10 Best Motion Design & Animation Trends of 2021. It would be great to see more commentary and actual explicit links to sources.

Flat Pack FX has been doing a lot of tutorials over the last several years, and sells his own After Effects course and templates. In the last year he’s been inspired by Benn TK’s travel videos (popular but more music video than “cinematic”). Flat Pack FX has been speculating on breakdowns of his effects, for example in What Benn TK does to make the BEST Video Effects? No really, he’s done a bunch of tutorials on these travel videos, this is just one.

Animated travel maps created in After Effects are even more popular than effect-laden travel videos. See for example, Clean 3D Animated Travel Map Tutorial in After Effects by Ignace Aleya (from 2020), which doesn’t use 3rd party plug-ins.

Boone Loves Video, who is really into maps more recently, posted Map Template Projects for Adobe After Effects🌎, a survey of some commercial but time-saving map templates from Envato.

Make Maps Like VOX in Adobe After Effects – Strait of Hormuz from Boone Loves Video, who like many others has been inspired by Johnny Harris (formerly of Vox).

If you’re interested in making maps videos in After Effects, watch I WANT TO MAKE MORE MAP VIDEOS and How I Make My Maps (My workflow, 8 years in the making) by Johnny Harris. He did a bunch of interesting videos for Vox, but they paired down their staff and Johnny has launched a Patreon service to fund his work. If you want to support his videos, and learn more, check it out. Supporters can get a useful vector map of the world, a directors commentary video per month, extra info, and process details of researching and making the video. I think it’s a competitive advantage to gain this knowledge. For context see also Tips for Video Journalists: Johnny Harris Explains It All from the Jerusalem Press Club in 2019.

Another fan of the work of the Vox style is Flat Pack FX, mentioned above. He’s posted several related tutorials (all worth checking out), including The BEST Requested VOX Video Effects | After Effects 2020. He has also linked to a free/low cost vector world map, similar to the one offered by Johnny Harris.

Just this week, Boone Loves Video posted another, How to Make Maps Like Johnny Harris👱🏻🌎.

GEOlayers Mapdata has been reabsorbed into MapTiler. MapTiler gives you access to editable map imagery in GEOlayers 3. You can choose colors, adjust the line width, swap fonts, add hillshading and even show and hide certain groups of features. In addition, you can use the styling tools of the powerful MapTiler Cloud platform itself.

A few years ago, Boone Loves Video posted Google Earth Studio + Adobe After Effects = 😎🔥. Google Earth Studio is still for higher end commercial projects, though you can get an account and experiment if you have a relationship with a non-profit organization.

In The Ultimate Guide to Premiere Pro’s Render Quality and Bit Rate Settings at Frame IO, Jarle Leirpoll has some definitive answers (it’s a 37 minute read). After exhaustive reading you may find answers to what do the Max Render Quality and Max Bit Depth settings in Premiere Pro actually do, and how do they impact your export times. There’s even a TL;DR summary.