Creativity is the name of the game at Adobe, so it’s no surprise that many of Adobe’s own employees are creative types themselves. Dave Werner is one example. By day, Dave is a senior experience designer, using video and animation to help design new Adobe products. In his free time, he turns his attention to personal projects that leverage the same creative tools. Dave’s popular Extraneous Lyrics videos are verbose versions of pop songs from the likes of Carly Rae Jepsen, Justin Bieber, Gotye, One Direction, and Taylor Swift. The acoustic send-ups feature him playing his guitar and singing—and have gotten more than one million views on YouTube. We grabbed Dave to talk about the intersection of his personal and professional passions. 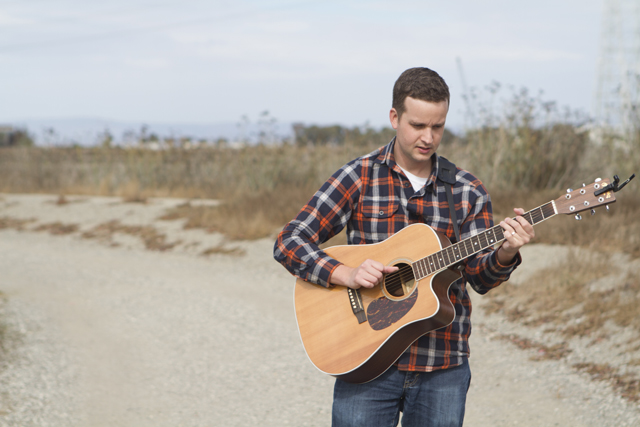 Adobe: How long have you been doing video production?

Werner: As a kid, I was always doing video reports. I even played around with Mario Paint on my Super Nintendo to make animated content as bookends for my reports. Early on I recognized both the entertainment value and the storytelling value of video. Later, I created movies of family vacations—little two- to three-minute memories of what we did.

When I went to graduate school at the Portfolio Center in Atlanta in 2003, I focused on learning more about video. While I was there, I was exposed to a wide variety of design projects, including annual reports, logos, and websites, and even a 300-pound metal chair. For all of my school projects, I made videos about how I created them. Video was the best way for me to explain the challenges, mistakes, struggles, and successes I had. It was also a great way to help potential employers get to know me. I included all of the videos in my portfolio at okaydave.com.

Adobe: What was your path between grad school and Adobe?

Werner: After grad school I jumped between startup companies that make web, mobile, and social games. For four of those years, I was creative director at a make-your-own video game company. I realized I’ve been trying to give people tools to do creative things, which felt like a logical progression for me. I wanted to help people be creative in the same way that Adobe has allowed me to be creative. I eventually reached out to John Nack, who used to be the senior product manager for Photoshop and is now on the video team at Adobe. Six years ago, he wrote a blog about my graduate portfolio, okaydave.com, and I’ve kept in touch with him ever since. I asked him about opportunities at Adobe, and the same day, John got a call regarding the need for someone who could do video and animation on a special project. Now I’m working at Adobe as a senior experience designer lead. I’m working on some really cool stuff, surrounded by smart, talented people, and learning on a daily basis.

Adobe: When did you create your first Extraneous Lyrics video?

Werner: I did the first Extraneous Lyrics video in 2010 and posted it to YouTube under my Okay Samurai channel. After hearing the same pop songs over and over and over on the radio, my wife and I started making up different lyrics for fun. I eventually got the idea to make a video. I had no idea it would strike such a nerve. I’ve made two more versions, one for 2011 and another for 2012. I’ve tried to do things a little differently each year. 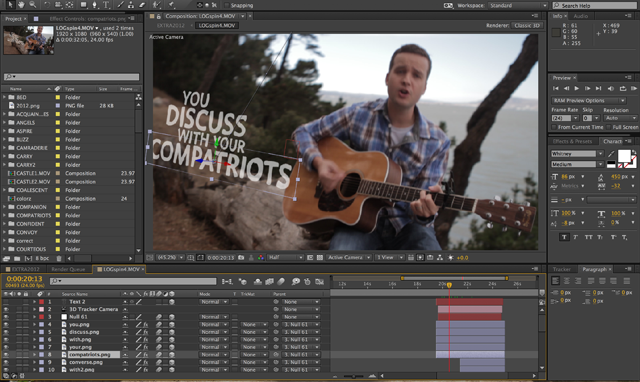 Adobe: What’s different about the 2012 version?

Werner: It’s been my biggest undertaking so far from a YouTube video standpoint. I pushed myself to up the production value to make the 2012 version look and feel more professional than someone filming in their house. Instead of inserting the lyrics like captions at the bottom of the frame, I represented them with typography that flows around me while I’m singing.

I used Adobe Premiere Pro to edit the video and Adobe After Effects to integrate the lyrics in an interesting way. I started with a basic font, Whitney, and then drew over it to give it a hand-lettered look. Lyrics are in every scene, and I was able to use After Effects to track my movements and have the lyrics flow in and out of the frame around me. For me, After Effects was like Adobe Photoshop with motion. It allowed me to explore some cool visual ideas.

Adobe: What made you decide to do the 2012 Extraneous Lyrics video using Adobe Premiere Pro?

Werner: I started making the videos using iMovie, and then moved up to Final Cut Pro 7. I tried a demo of Final Cut Pro X, but it was confusing. I knew I wanted to integrate typography effects from After Effects, but with Final Cut Pro it was a long and complex workflow. I couldn't move back and forth between the editing and effects without jumping through hoops. A friend from graduate school who is well-versed in motion graphics and video editing recommended that I check out Premiere Pro. He said it would feel very similar to Final Cut Pro, but the After Effects integration would be seamless and would save hours of work.

I made the transition from Final Cut Pro to Premiere Pro before I came to Adobe, and it was super easy. The tool feels powerful and natural, and at no time was I confused. I could have tons of layers of video and still sync everything to the music, and then add motion graphics over the top of that. If I wanted to go between two clips and see which is the best take, it was easy. I was able to jump right in and everything felt natural, quick and efficient. 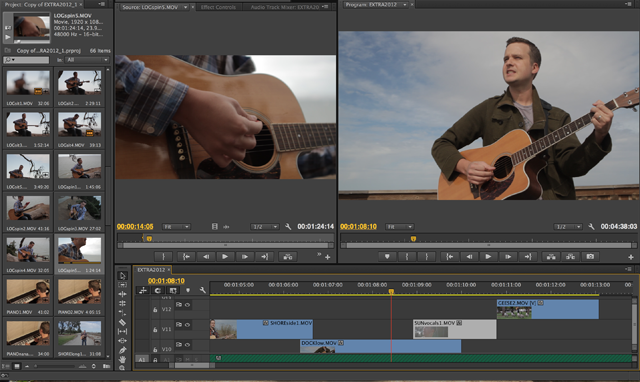 Adobe: How long did it take you to complete the project?

Werner: It took about three months to do six songs. I like to spend the bulk of my free time with my wife and two-year-old son, so anywhere I could save time was great. The features in Premiere Pro helped me be as efficient as possible. I did a lot of editing and visual effects on my laptop while commuting on the train to and from work. I squeezed in time whenever I could.

Adobe: As an Adobe employee, you may be a bit biased, but what do you like about Adobe Creative Cloud?

Werner: Creative Cloud allows me to use five or six Adobe products at any given time, switching between solutions without any interruptions. Plus, it’s nice to be up-to-date no matter what. As a grad student, the school always had one version of software and I had something else. It’s really great to have updates instantly and always know I’m using the latest version. It’s a privilege to work at Adobe, too. I get to see new stuff and know that when it’s released it will work. I use the products daily, both at work and on side projects and hobbies. Personally, I want to try Adobe Audition for audio mixing. I’m already thinking about my next project, a Sesame Street remix. I want to push myself to try new things and bring imagination into reality.