Word came down from the Creative Cloud yesterday that Adobe is changing its trial period from 30 days, reducing it down to 7 days. That’s about a 75% reduction in time that you can run the Creative Cloud suite before you have to pay up. No reason was cited other than to “ensure that trial lengths align more accurately with how trials are being used” which means absolutely nothing other than the beans counters were counting beans and the end user will be the ones who lose out. This feels to me like the first scary change in the Adobe cloud licensing model.

Adobe had been testing this trial reduction back in January it seems and some users were seeing 7 day trials when the CC install stated 30 days. I’ve never had that much of an issue with the monthly Adobe subscription licensing model other than wishing there was a video focus bundle that could save me a few bucks every month. Other than that I think it’s fair way to license and an incredible value if you use 3 or more applications in the Creative Cloud suite of tools. But this extreme reduction in the length of the trial worries me.

First, it’s the bean counter corporate crap reasoning in Adobe’s statement that tells us nothing behind the reasoning:

I’m guessing that when you install the trial your system pings the Adobe servers and they can see how often during a trial period the demo is used and they found that the majority of people aren’t using it beyond the first 7 days. If it is a relatively small number that use the trial from day 8 – 30 then Adobe doesn’t stand to make that much more money by forcing a trial user to sign up for an account in that 3 week trial period that is now gone.

One might argue that this is a business decision but comparing a Creative Cloud trial to that of Hulu and Netflix is comparing apples to oranges. Both Hulu and Netflix are passive entertainment services where you watch the content provided while the Creative Cloud is a product where you create with the tools. I don’t think anyone can dig deep enough into a Creative Cloud suite in 7 days to really make an informed decision about the tools offered but I guess at this stage in Adobe’s life everyone knows enough about these tools they don’t really have to use them for very long to know if they need to buy them.

@editblog @AdobeCare @creativecloud agreed, lame. Plus if there’s a problem with your subscription (which does happen) this is less flexible

Second, the people that will suffer most from this drastic trial time reduction are those that utilize the trial in an emergency when they either can’t license an install or they desperately need one more Adobe workstation without the time to get approval to buy another license. Maybe those folks are gaming the system but again I doubt Adobe is losing any significant revenue to them.

What?!?! That’s insane. What long-form testing can happen in 7 days? https://t.co/iUlOVJTOSg

Third, when you think about the sheer scope of the range of Creative Cloud tools it’s hard to image that anyone using the trial to truly evaluate the tools could get any real evaluation done in 7 days. I guess if you’re working with them full time for those 7 days evaluating maybe you could get through a few of the apps but that’s about all.

Finally, the most worrisome thing about this shortening of the trial period is it is one of the first changes of the Creative Cloud licensing that I can remember and any change to a monthly subscription service that many of us rely on to make a living is scary because of one potential change none of us want: a price increase. We haven’t had a significant raising of the Creative Cloud price as of yet but we all live in fear of it happening. While we don’t know of any on the horizon if you think of a subscription plan as paying rent you know what eventually happens to rent: it goes up.

When and if Adobe’s subscription price goes up they may see people jumping ship. There are a good bit more alternatives to the Adobe tools these days than when the Creative Cloud began. Affinity is producing some worthy competitors to Photoshop and InDesign. Pixelmator is incredibly popular on the Mac. Blackmagic continues to make Resolve a possible replacement for Premiere.

Avid has long had a 30 day trial of Media Composer and Avid offers it via a subscription model.

But we shouldn’t think that our little world of the video tools might change how the Adobe bean counters price the Creative Cloud. While I personally know a lot of users of Premiere Pro and After Effects they are dwarfed by the users of Photoshop, Illustrator and InDesign. I doubt very seriously a free competitor to Premiere is going to change the trajectory of the Creative Cloud business model by very much. The engineers and product managers behind Premiere, After Effects and most all the Adobe software products want the suite to stay affordable but I doubt they have much sway over the accounting floor at Adobe’s headquarters.

#Resolve… Forever? Because it's Free.

Let’s just hope that the extreme reduction in the Creative Cloud trial period doesn’t signal anything ominous to the millions of us paying a CC license. The Cloud model has been successful for Adobe and successful for many of us users. Hey Adobe bean counters, don’t screw it up. 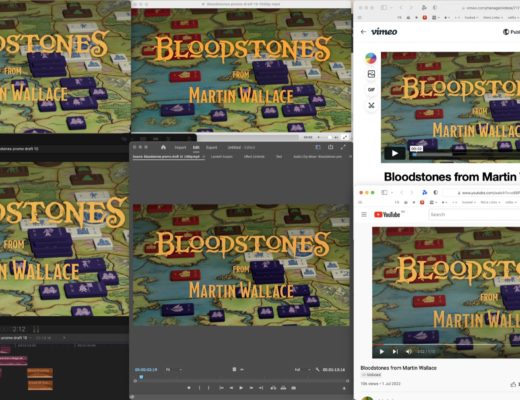