Even if it only saved us $60 a year, that’s something

When Adobe ditched the “boxed software” model of pay one price get the product forever and moved to a monthly subscription model the outcry was loud. Some loved it. Many hated it. There were more level headed critiques. Most of use were more like: whatever … how much and is this software good? From the video production perspective it is good, even great, software tools that Adobe is creating these days. But while installing CC on a new laptop the other day I couldn’t help but wish we still had some type of video focused Production Premium CC option. Like our cable subscriptions, many of us are paying for things we’ll never, ever use.

The complete Creative Cloud subscription is $49.99 per month (there are options for existing CS customers to save a few bucks). That works out to $599.88 per year for every product that Adobe has to offer (including some other perks like cloud storage, fonts and Behance!). This really isn’t too bad of a deal considering that the old Master Collection collection used to cost around $2,600 (I’m using the still available CS6 pricing). The video focused Production Premium was $1,900 and that works out to $158 per month. Considering those numbers the Creative Cloud subscription seems like a bargain.

Hey Adobe, shouldn’t we get a little bit off our Creative Cloud cost if we pay a full year up front in one lump sum? My alarm, gym and wine club all do that.

Of course under the old Adobe model not everyone paid out $1,900 per year for the software. Some people would go years between upgrades. You have to get three years in before you even get close to $50 / month when calculating paying out $1,900 monthly. A bargain indeed.

I’m just never, ever going to use Scout CC.

It was going through the Creative Cloud app the other day downloading all of the video stuff when I realized how much of this stuff I will never, never, never use. So why not give us a video focused Production Premium-style plan with a little break on the price? If it was even $5 less a month I’d take it. I’m a freelancer with a family so every dollar counts.

InCopyCC … “a powerful tool to style text, collaborate through track changes, and make simple layout modifications that integrate effortlessly with InDesign.” I don’t think I even knew that existed.

A focused Adobe subscription bundle isn’t unheard of. The Photoshop Photography Program is currently available for $9.99 / month which includes Photoshop CC and Lightroom 5. Maybe this is available because photographers are a vocal and pampered bunch or maybe Adobe feels bad that Lightroom seems to be / has been a misunderstood Creative Cloud child but whatever reason that package exists. But this program is only available “for purchase through 9pm PST on March 31, 2014 from Adobe.com only.” And the plans website even says that the Plans for Education Offer Ends Soon.

There’s something interesting: another app many of us video folks will never use that’s part of the Creative Cloud but still as CS6. At least the name is cool.

There were rumors floating around in the fall of last year that Adobe was going to tweak the overall subscription plans. I think we hoped that might mean a return to more focused bundles under the Cloud model but it appears that it was only the Photoshop Photography Program. And that program has started and stopped more than once so Adobe does seem somewhat willing to turn stuff like that on and off. Maybe they’ll test a video focused plan as well? 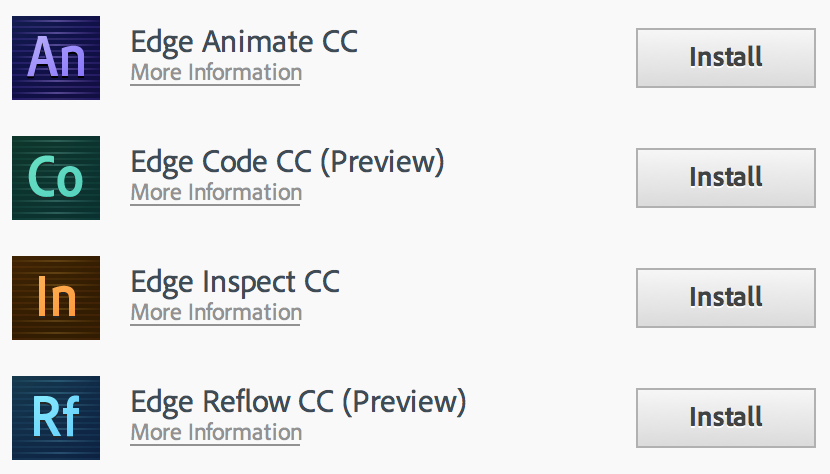 I’m not sure what all these Edge applications do but if I ever become a web-based designer who works with edges I know Adobe will have me covered.

Some people have been trying to build their own Production Premium CC by using the single app for $20 / month plan. If you’re only picking two tools out of the video focused apps (say Premiere Pro and After Effects) then you could save $10 a month. You might actually find a few video-focused people who only need PPro and Photoshop or AE and Photoshop (let’s be honest everyone needs Photoshop unless you try to make your way with something like Pixelmator) but those folks are few and far between. Most video pros will need three CC apps, at the very least, so at that point single app licenses become more expensive than the complete option.

You can’t trick the Creative Cloud. 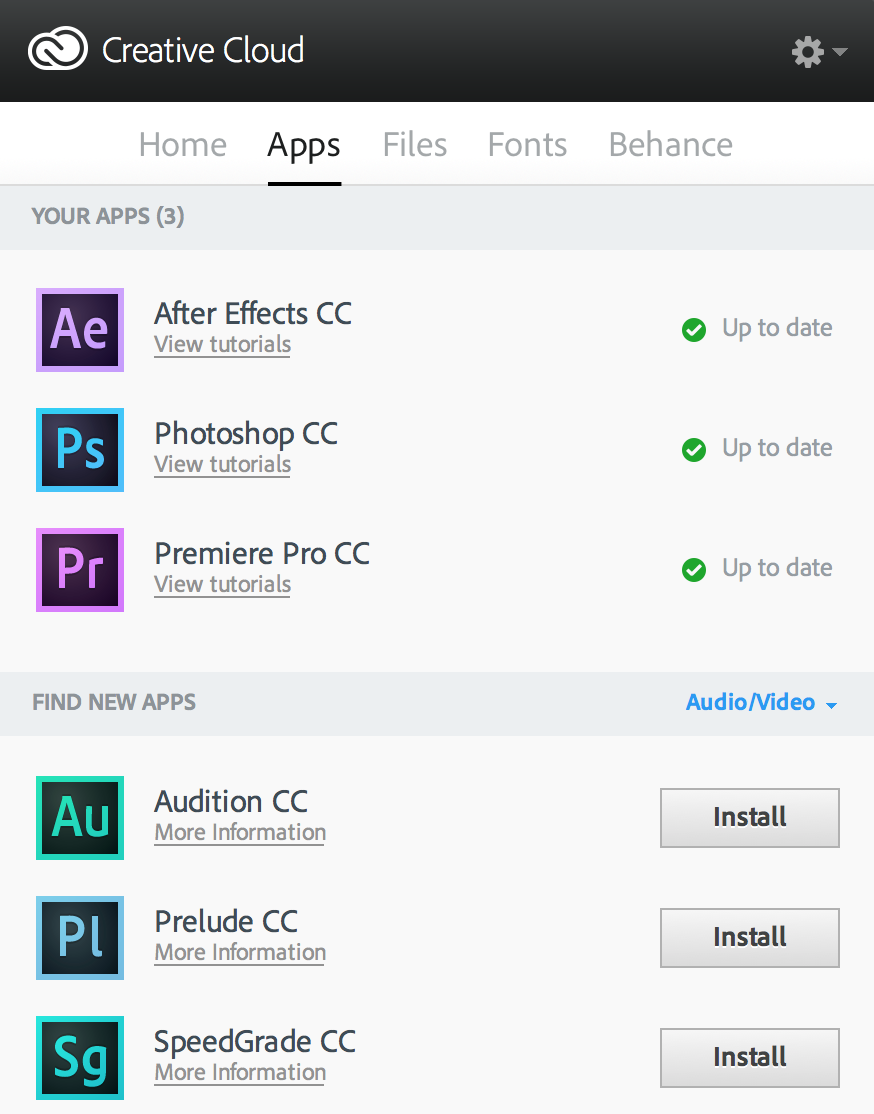 Adobe, I’ll give you $5 a month for each of these apps right here and now. You can even keep your fonts, storage and Behance.

I doubt Adobe will take this advice to heart and offer up a Video Producers CC program. I will continue to pay the $49.99 + tax per month for their products. I’m sure admitting that doesn’t help in the quest to get a video focused cloud bundle. But it doesn’t hurt to complain on the Internet.