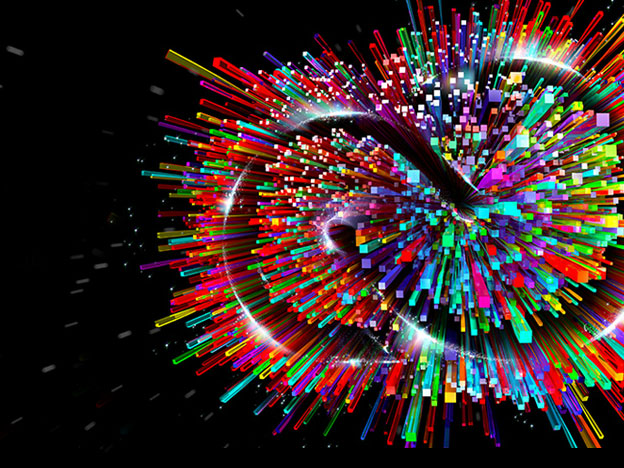 For years Adobe tried to gather all photographers under their banner. Now they've created two segments: the Creative Cloud users and the others, those that still use CS6 and previous versions. And caused a mess that will make them rethink their Cloud ideas and price structure. Here are some ideas that might help!

It came as a surprised to many, but it is a sign of the times: Adobe decided to stop launching their software in physical support, and only sell it through a subscription method, using the Cloud. That means that your disk with Creative Suite 6, if you have it, may be the last you see from Adobe when it comes to material distribution of software. It is, one can say, a collectors piece of a dying species: the software bought in DVD and other supports. Now most software comes through download.

It's not hard to understand why Adobe decided to go this way: the costs of manufacturing boxes, DVDs, booklets and all the rest for the normal editions of CS was probably too high and created revenue problems, especially because not everybody was updating their software at the pace Adobe desired. It's true, I still see people creating tutorials explaining techniques using… CS3, as if the world had stopped there. So, Adobe decided it was time to change things.

I believe from a commercial standpoint it would be a good step to stop distributing the software in DVD and simply offer options to download it. It would probably keep – almost – everybody happy. But no, Adobe had to go their own way, and with their head up in the Cloud (everybody seems to  believe it is eternal…) decided that a subscription model was a great idea. The problem with many great ideas these days is that they seem to be done without being in touch with the real world and  economics. Let's face it, the CS is for many, amateurs or professionals, just one thing: Photoshop. And asking photographers to pay a monthly sum to have Photoshop is not easy in a time when we see more and more photographers without work.

So, the Adobe Creative Suite, now renamed CC, as Creative Cloud, was not well received. It does not matter that Adobe has all the usual supporters of their software doing articles, TV shows, and the rest, CC is not liked by many customers, that promise to go other ways: look at Paint Shop Pro or GIMP as an option, or use Photoshop Elements with Adobe Photoshop Lightroom, which are still available through the traditional channels and do not need a subscription. While Lightroom is a “professional ” tool, it is interesting to see that when faced with higher costs, photographers have no problems looking at Elements as a viable tool for their future, somehow “downgrading” their toolset. Not that for many it will be important, really, but that's another completely different conversation.

So, with the creation of CC, Adobe has made people want to go away, promise to never upgrade to the Cloud, pirate the software and a lot of others things that can not be described in public. And they're not helping with their advertising that reinforces the idea that there is the Cloud and then all the rest. In the Cloud you get all updates, all the bells and whistles.  Owners of CS6 are left at a dead-end, and promises of updates are somehow scarce. Adobe wants people to move to the Cloud. Their Cloud!

The pricing structure, though, seems to be the problem. I believe Adobe looked around and may even have looked at Microsoft and their subscription model for Office as an example, but they probably never looked at the numbers beyond the $. Microsoft is asking $99.99/year for the whole Office 365 Suite, or $9.99 monthly. That's a seven apps suite (Word, PowerPoint, Excel,Outlook, OneNote, Access, Publisher)  which can be installed in up to 5 computers. On the other hand, Adobe is asking  $49.99 monthly for their whole CC Suite, which, to be true, does not interest most users. And if you just want one app, let's say Photoshop, you have to pay $19.99 monthly. I know Adobe has special prices for actual users ($9.99 for one app), but they are only for the first year ( it is like showing you a carrot to take you their way, and 365 days after make you pay the full price too).

The problem, from my point of view, is that either way you look at it, the subscription model is expensive… if you're not using the whole Creative Suite… oops, Cloud. That's what most people seem to think and that is the reason why Adobe has been asking customers their opinion about the Creative Cloud pricing… after having launched the system. The survey suggesting prices around $10 per month for one app, presumably Photoshop, or $30 for the whole suite, suggests that Adobe may have second thoughts, now, about their own price structure.

Looking around the web you'll find different opinions, with some people even claiming it is cheaper now than when buying (or licensing, it's the right term) the software. In pure mathematical terms they may be right, but they tend to forget that most people do not upgrade frequently, probably because of two things: they don't feel the need, and they can not afford the price. And most comparisons seem to use the whole CC Suite and not think in terms of individual apps.

In fact, looking at my experience, I only use three apps from Adobe: Photoshop, InDesign and Acrobat Pro. I keep Lightroom out of this equation because although it now is part of CC, up until CS6 it was a completely independent program. This means that even if a price of $10 per app is introduced, I still have to pay $30 per month, what most people will say is much… and is close to the price for the whole CC Suite. Adobe suggests that this way people may want to try different programs they would never use, when buying the whole CC, but truly, I do not see the point in that argument. I rather have a subscription plan – acceptable – for the apps I need, and then have the chance to try/rent any other app from the CC Suite if I want to explore it.

I do think Adobe has to create new price structures and optional combinations of  apps. Create specific prices and let users mix the apps as they need. Here, again, I do think they should look at what Microsoft did with their Office 365, which is, from my point of view, acceptable: it costs $99.99 per year for the whole Office Suite (7 apps) and can be installed in up to 5 computers. I guess creating something along these lines may be a viable path for Adobe to, again, join all photographers under their banner. And I hope, if they do, that they will considering reviewing the contracts already signed by those that subscribed.