A case study of why it’s crucial to plan just how you’re going to move between 16:9 and 4:3 worlds. 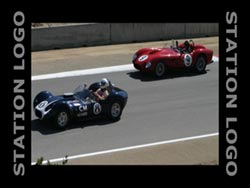 One of my vices is auto racing; I love to watch it. Which, of course, means that Speed TV (formerly Speedvision) is a requisite part of my satellite or cable TV package. Speed is owned by Fox Sports; you’d think there’d be some budget available, and some standards enforced. But every now and then, they put on a program that makes me wonder just who they’re hiring to do their production. (See my previous blog post Staggering Mistakes for another shining example.)

One recent program – a preview of a Formula 1 event – had me stumped for days trying to figure out just how in the world they managed to mess up the image that much (the result of which is simulated here). Here’s what I think they did:

I believe they started with a 16:9 widescreen image, such as the simulated image below (which I shot at the Monterey Historics). That would make sense, as Formula 1 is out of Europe, and much programming in Europe is widescreen. 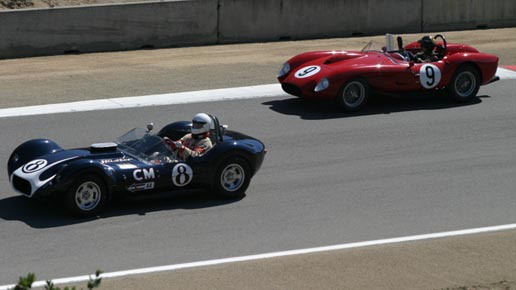 At some point, someone decided that the program needed to be formatted for 4:3 television. Rather than do the “center cut” that is so common here in the US (where the the left and right sides are merely chopped off), they letterboxed it, as show below: 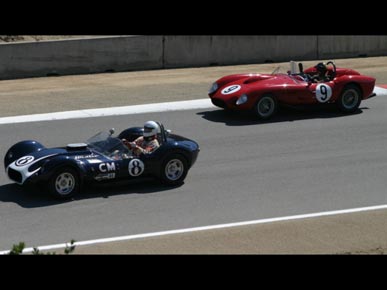 But remember that we said a lot of television in Europe is widescreen. They format 4:3 images for widescreen by doing a “pillarbox” where vertical black bars are added on the sides; as ugly as you may think they look, these bars are mostly cropped off if the 16:9 image is center-cut for 4:3 television. In this case, logos were also added to the left and right so that the black bars would not seem so empty. However, remember that the image had already been letterboxed – so we end up with bars on all four sides, as seen below: 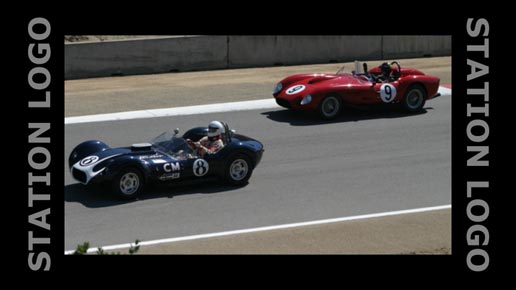 Then the image was prepped for final 4:3 standard definition broadcast. As mentioned, here in the US we would normally center-cut a widescreen image to create the 4:3 version. But the tapes were probably delivered as anamorphic widescreen. Someone apparently missed that little fact, and instead broadcast it as-is, resulting in the anamorphic squeeze being transmitted as the final 4:3 signal. Below is a simulation of that final image that I saw on my TV; just look at how small the active image area is at this point compared to where it started above! 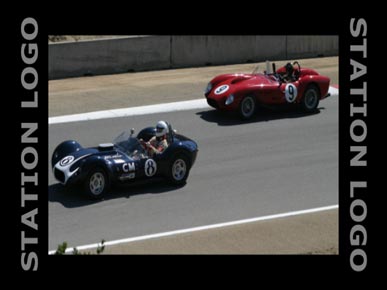 Once I rubbed my eyes a couple of times thinking I was seeing things, then picked my jaw up off the floor out of disbelief, all I could do is laugh. (By the way, the problem had been cured by the next week, and the next episode was broadcast as a normal letterboxed image.)

As we’ve said over and over, when you’re creating a widescreen program, ask how they’re going to create the 4:3 version – and make sure it is enforced down the road. Otherwise, this fate (or a similarly bad one – please do share your own horror stories as well!) may happen to you and your lovingly-crafted program.

Now, it would seem that this particular program passed through multiple hands, none of which knew what the other was doing or intended. This is where more attentive video engineers or staff would have come in handy who actually bothered to look at the content, rather than blindly run it through a set production process. But in the rush to keep programming churning out 24/7 in a broadcast scenario, things tend to be treated all the same in the name of efficiency – final product be damned.

To make sure you don’t accidentally cause a train wreck such as this yourself, here’s a few articles already up here on PVC on the subject of widescreen production:

We also discussed widescreen production issues in Chapter 27 of Creating Motion Graphics Volume 2, 3rd Edition should you happen to have a copy handy; they’re available used pretty cheap on Amazon.com – see the box at right. (This detailed information unfortunately didn’t make the cut when we condensed Creating Motion Graphics back to one volume, so the old book is still worth having…) 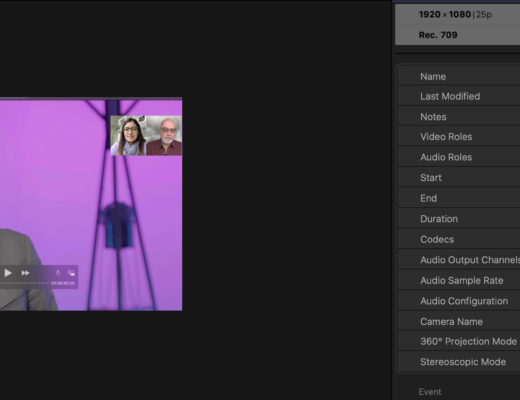 Over the years, I have exchanged dozens of private emails with the wonderful team at Ecamm. Between 2020 and...